Post a three week long trip in Northern Italy I came back to realise that I was bizarrely still craving yet more pasta. We stopped at several places on Lake Garda before heading to Venice where our pasta intake really stepped up a gear. We felt like we might have been outdoing the previous year’s pasta trail, which started north and took us to the very south of Italy. I’m told my long standing love for pasta started pretty early on in life and it’s true to say that love has never faded.

After our intense period of pasta eating, we headed VikingsCentral.com home where it occurred to me that we were yet to try either Trullo in Islington or Padella in Borough. With three weeks of solid pasta eating in Italy behind us, we felt we were in peak form to gauge a good quality pasta. We headed to Padella, keen to check out one of the most hyped places to eat in London right now. Be prepared for an insanely long queue on arrival. It was at least twenty plus people deep when we got there just after seven on a Tuesday, but thankfully drinks can be ordered (and drunk) while queuing. 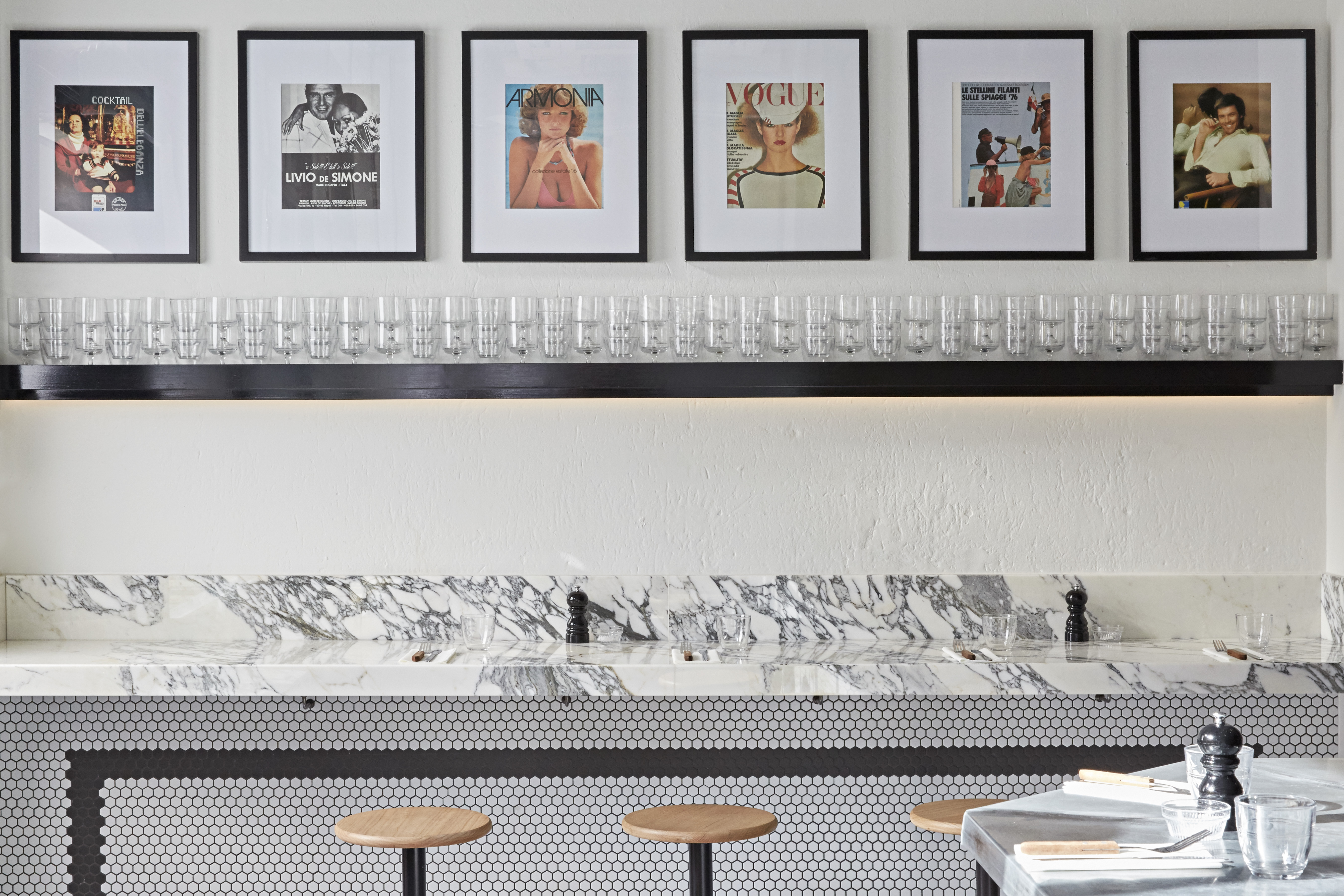 For me, there’s something so great about simple food done well and at Padella there is no messing around.  The focus here is purely on creating a small menu of amazing rustic dishes that are uncomplicated and delicious. Far from being judged for making a carb heavy order, you’re actively encouraged to share three plates of pasta between two. Could this place be more heavenly or ideal?!

We started with the Castelvetrano green olives, which were more buttery than you could ever imagine. The bread was a no-brainer but be sure to upgrade your olive oil to the Puglian for maximum effect. The marinated spinach with chilli, garlic and anchovy was also unavoidable. I could, in all honesty, have stopped there and still have been won over. 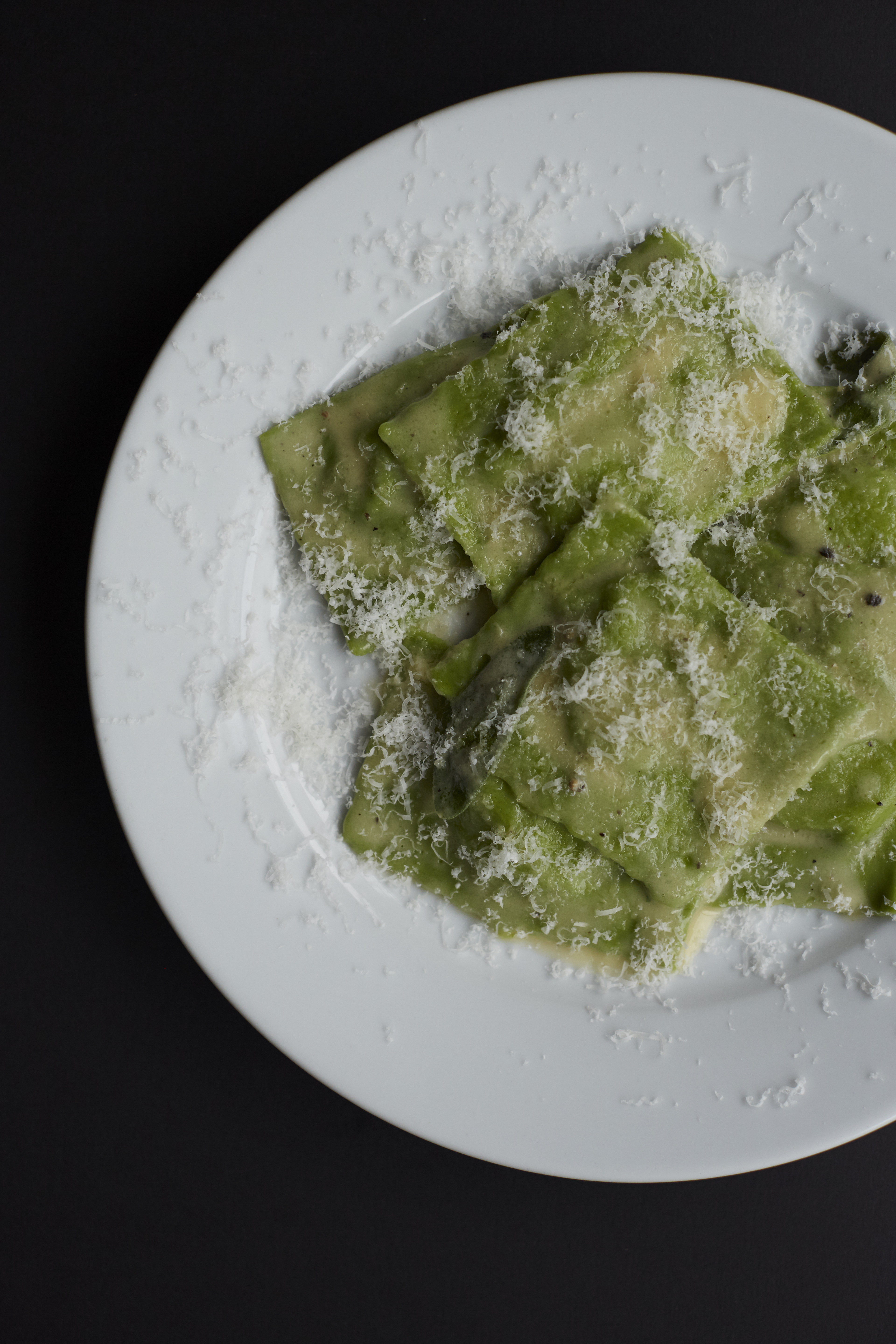 However, the Tagliatelle with eight-hour beef shin ragu was what I had really headed there to try. Served with mounds of freshly grated Parmesan and a glass of punchy red wine, it was a definite dream scenario. We also had a plate of Spaghetti served simply with olive oil, black pepper and Parmesan, a dish I’ve served up a few times at home and always loved. The simplicity of this dish means that the focus is very much on the quality of the Parmesan and the pasta and the dish didn’t disappoint. Our third pasta dish was Ravioli of ricotta with sage butter and a subtle hint of lemon. This is another dish that if done well (which it of course was) makes all the queuing worthwhile. With so much of the menu focussed on pasta, it can only mean it’s going to be some of the best you’ll taste in the city.

I love that while there is a constant focus on healthy eating and cutting out the bad stuff, a pasta bar is thriving. In one respect I wish I lived more locally, the food is reasonably priced and rightly so, pasta costs pennies to make. The wine is definitely on point; we loved the odd bottles on offer too that weren’t even on the menu and eating somewhere that has such a buzz makes you appreciate being in London. On the other hand, my waistline definitely couldn’t take such affection for this place. Even if I walked there and back, I’m not sure I’d be able to shift the calories. But that’s not the point and not something I’d let get in the way of eating here. Anyone that hasn’t yet snuck out of work early in an attempt to miss the queue should hurry up and get in line. 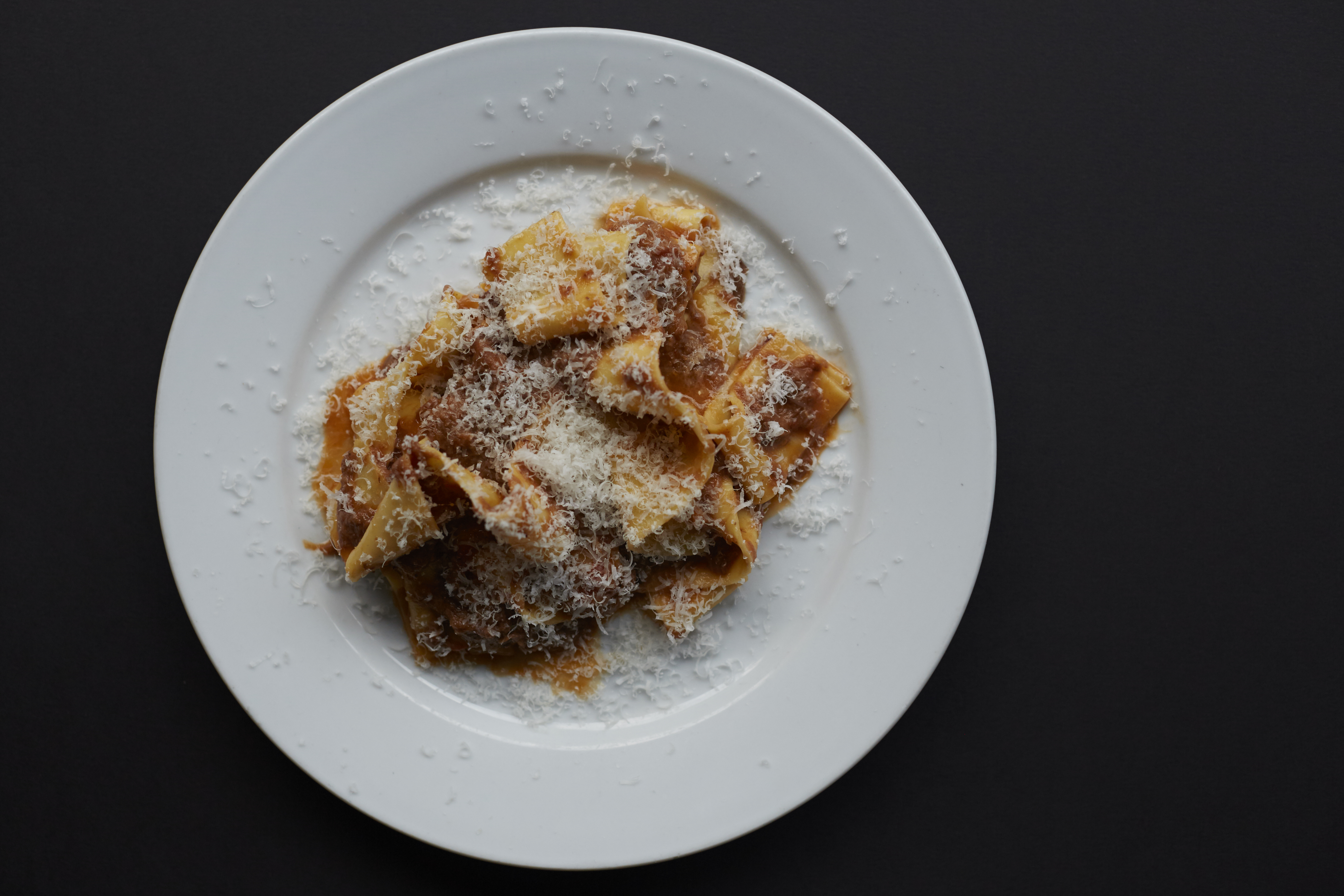 If you love pasta, informal dining and the simple pleasures in life then head straight here as early as you can. Make sure you’re hungry and make sure you’re the most patient version of yourself. Waiting in line is almost a given at Padella and as the saying goes; good things come to those that wait.