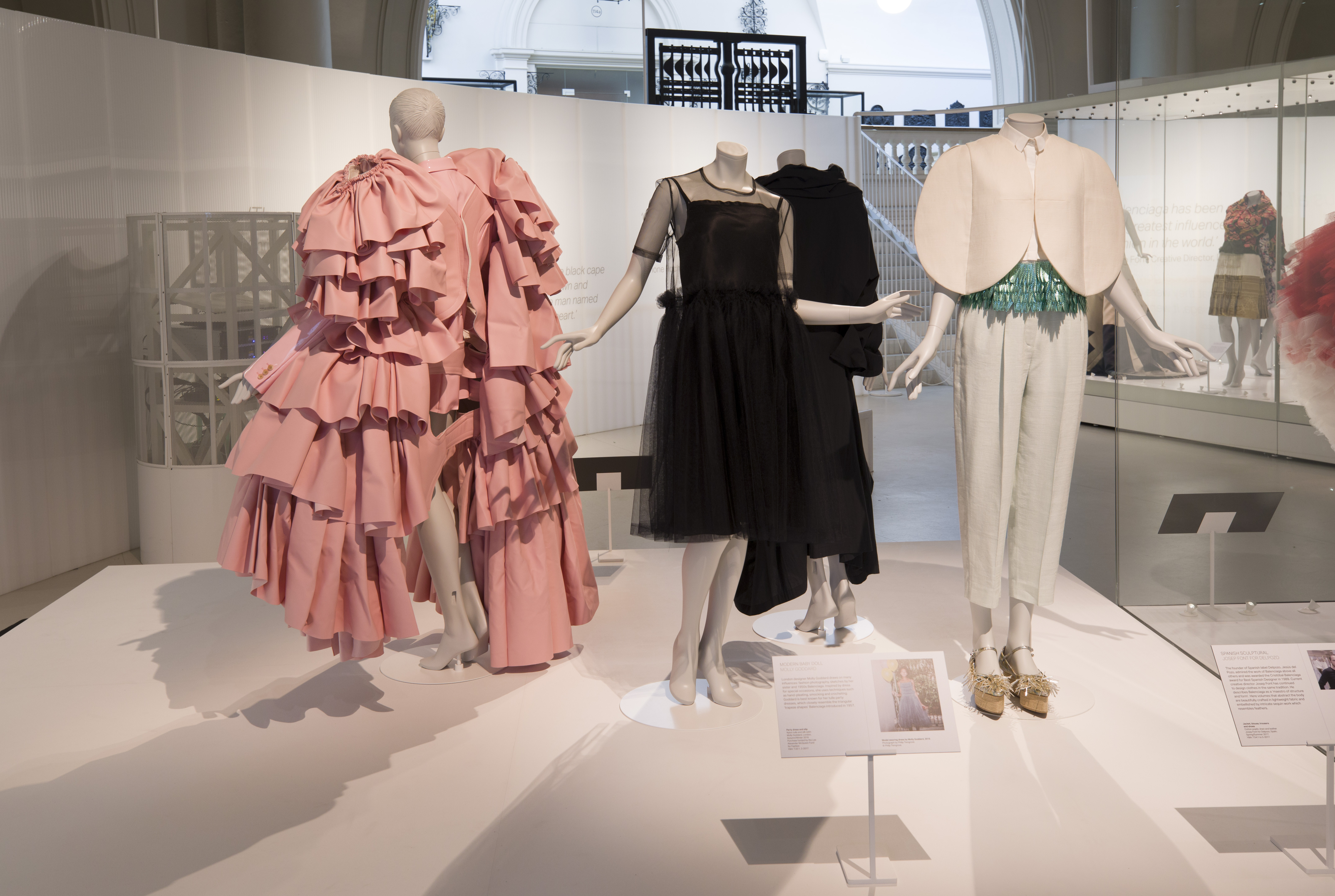 Balenciaga: Shaping Fashion explores the revolutionary works of Cristóbal Balenciaga. Set amongst the backdrop of the V&A, the exhibition marks the centenary of the opening of Balenciaga’s first fashion house in San Sebastian and the 80th anniversary of his iconic Paris fashion house. It is the first of its kind, with 70% of the exhibition owned by the V&A, the rest on loan from international collectors. 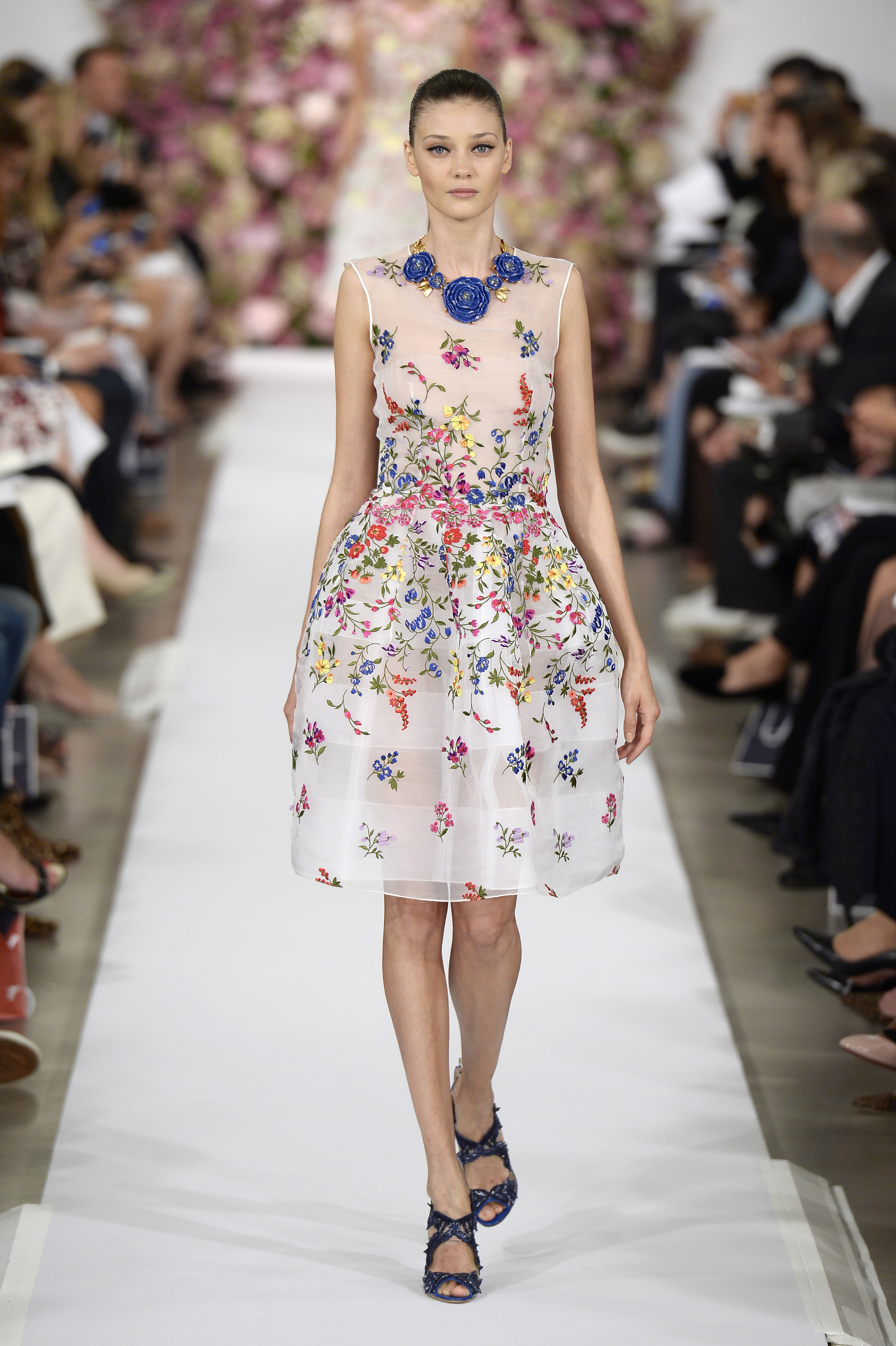 For someone so iconically private, spectators can now discover the craftsmanship of over 100 garments on display and 20 hats, some of which have never been publicly displayed. There is also a chance to see the lasting legacy of Balenciaga’s innovative designs in the works of over 30 designers in the last 50 years, including; Christian Dior, Yves Saint Laurent and Paco Rabanne among others. Quotes made by some of Balenciaga’s now eponymous prodigy’s adorn the walls of the exhibition and highlight how influential he was to haute couture and the female form. Oscar De La Renta was the late protégé of Cristóbal Balenciaga, he summed this up perfectly in his declaration that “Balenciaga worked like an architect, he was really cutting new forms.” 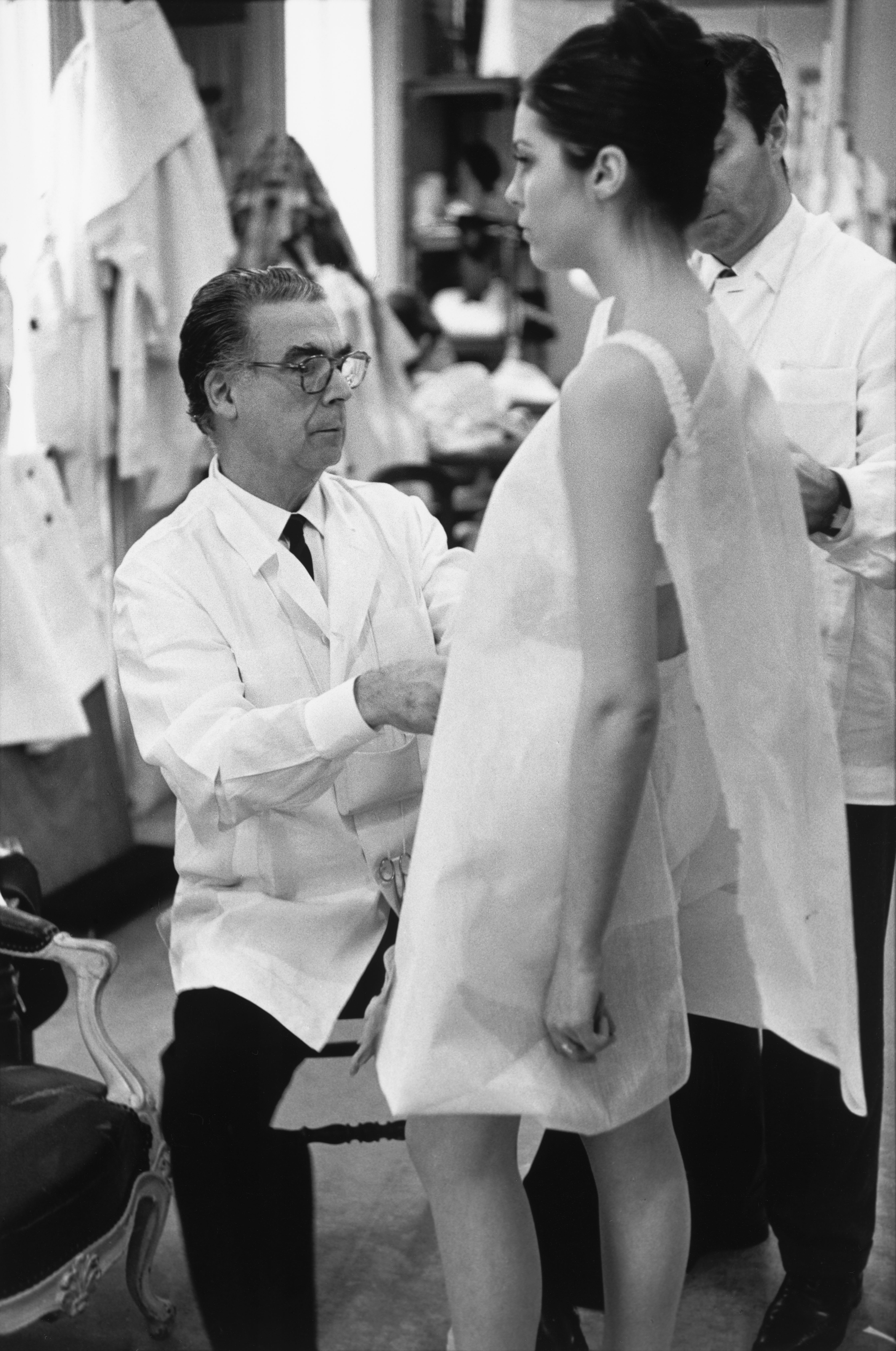 Curator of the 20th and 21st century exhibition, Cassie Davies-Strodder has worked on V&A exhibitions including Fashion Rules: Dress from the collections of HM The Queen, Princess Margaret and Diana, Princess of Wales at Kensington Palace (2013) and Grace Kelly: Style Icon and Future Fashion Now. As part of adding another dimension to uncovering the distinct detail in Balenciaga’s designs, the V&A teamed up with artist Nick Veasey, who created the first ever mobile x-ray art studio. The pieces were so delicate that transportation of the garments was not an option and so the innovation continued, as Veasey was able to convert an articulated lorry into an x-ray studio for some of Balenciaga’s most statement designs. Spectators can look beyond the texture and fabric of the pieces and are able to understand the construction behind them. These ghostly x-rays form large scale images which accompany the physical garments on the mannequins, as well as 3D digital drawings of the pattern cuttings. 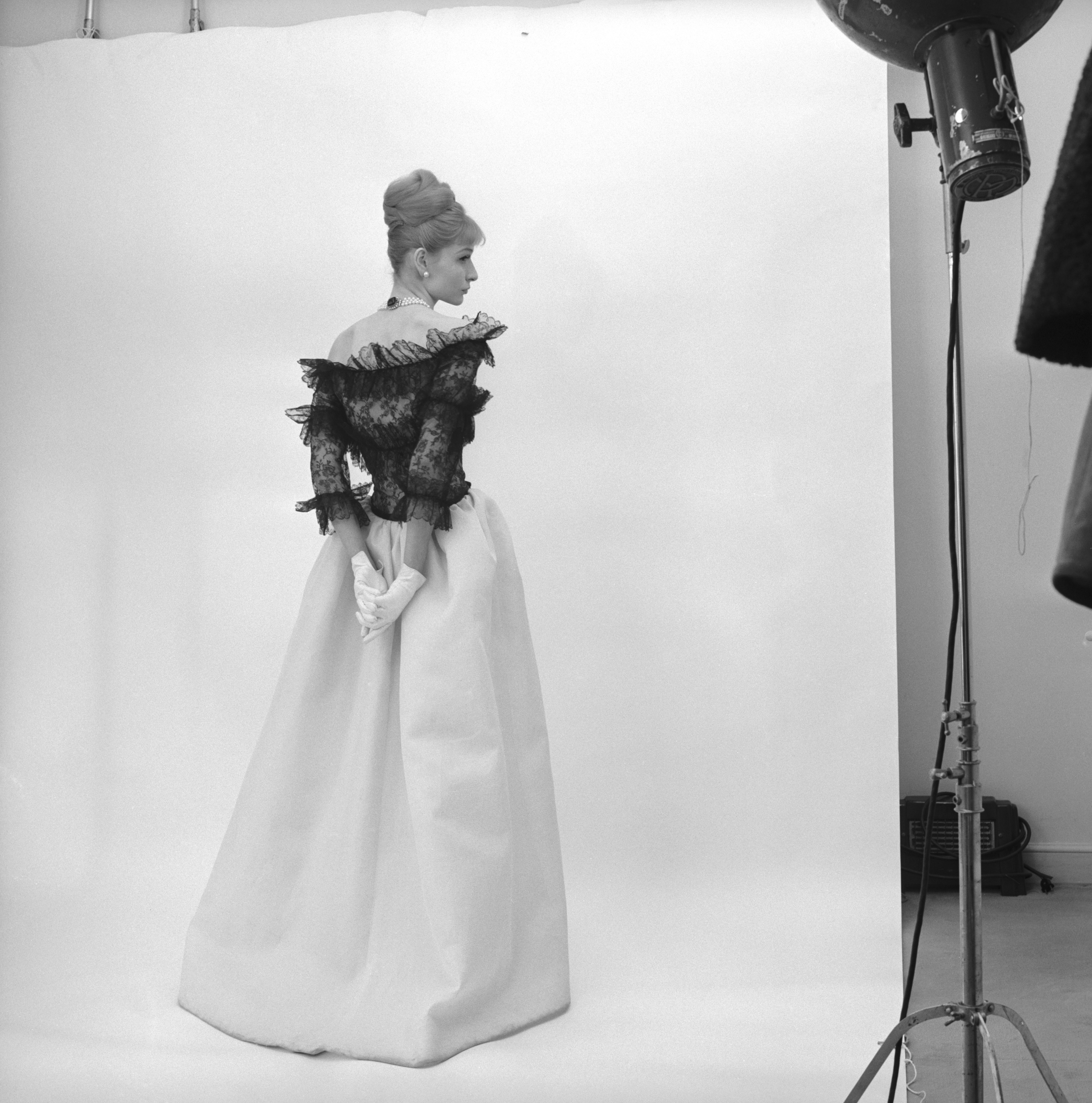 An x-ray of the ‘La Tulipe’ pink dress reveal that dressmaking pins are still present in the garment, showing a tactile moment in the garments history. Cassie Davies-Strodder states that: “The beautiful x-ray images Nick has created enable us to show, at a glance, those hidden details which make his work so special. They have given us a greater understanding of these exquisite pieces in our collection, and shed new light on Balenciaga’s mastery and technique.” 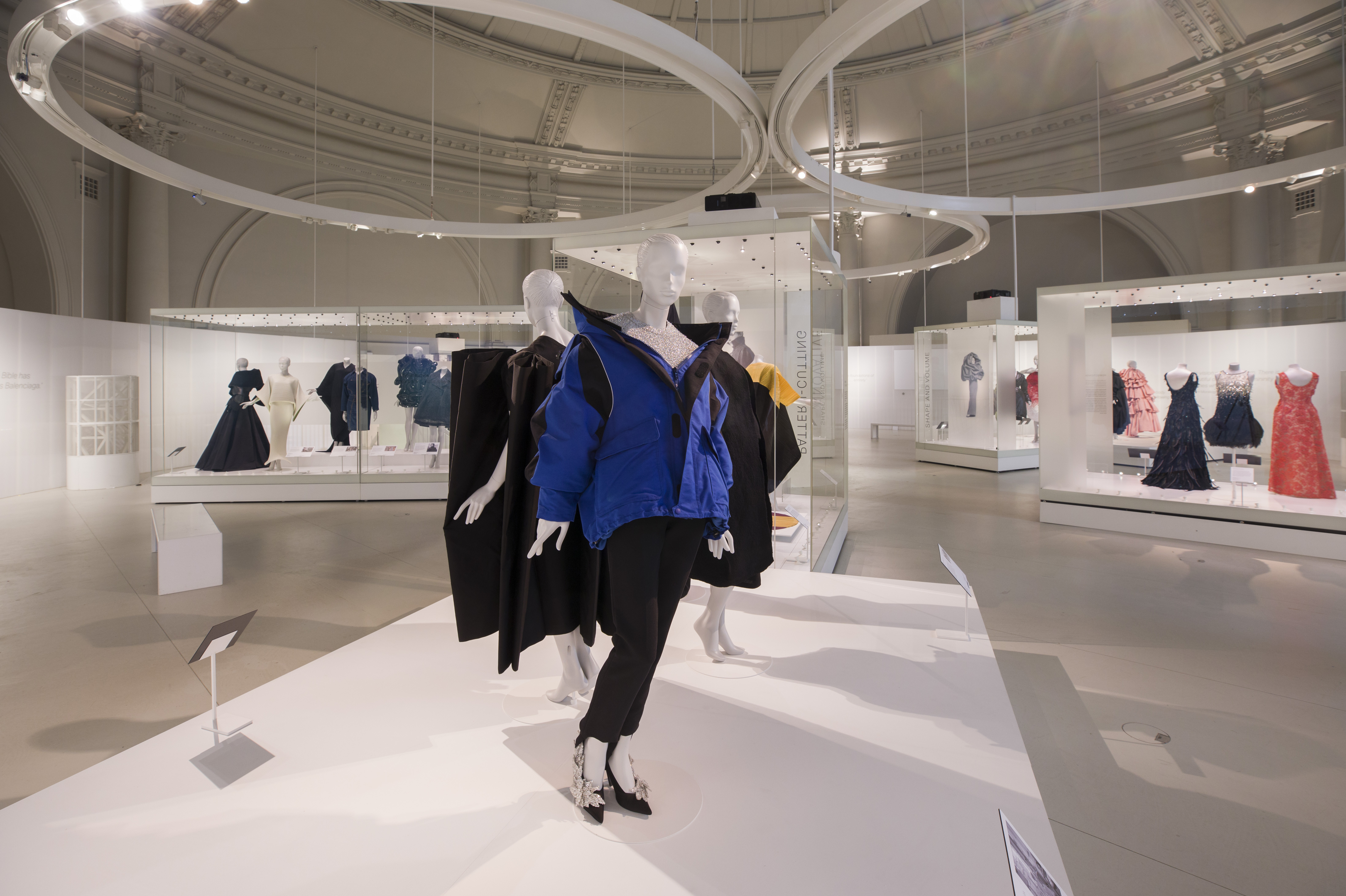 The exhibition plays true to its title and explores the shape of the woman with the semi-fit dress which fitted the frame at the front but sat loose at the back. It was met with much distrust as it challenged Christian Dior’s ‘New Look’. Another significant garment featured is the famous envelope dress which reasserted Balenciaga’s relevance during the 1960s.

Why not try to recreate a typical Balenciaga look with a replica of the ingenious design and share a photo on social media using #BalenciagaStyle for a chance to win the book that assists the exhibition.

Balenciaga: Shaping Fashion is accompanied by a series of events, courses and creative workshops open to the public. It is an unrivalled collection showcasing a large selection of Cristóbal Balenciaga’s best work. 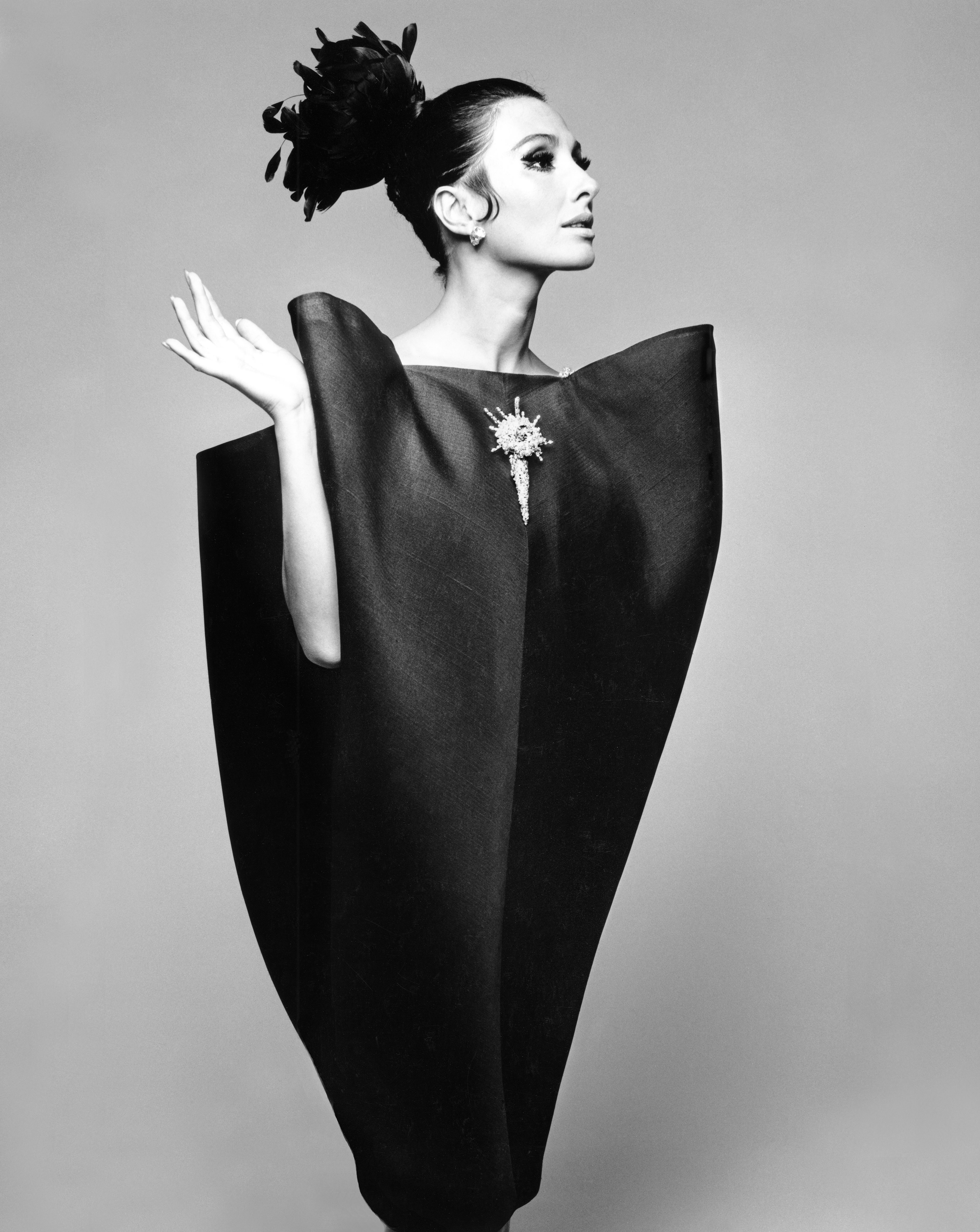