Mike Dargas is a breathtaking artist, he is currently living in Cologne, Germany. He has been painting since the age of three, but he has come a long way since then. Mike has carved an incredibly successful career as a painter and his work is admired by thousands around the world.

When I first saw Mike’s paintings I, like most people, mistook them for photographs.  I was intrigued to know what it is about the medium of oil that allows him to create such photorealistic paintings.  Mike expressed how he loves the long lasting quality and depth effects of oil colour. Mike said: “I try to capture a certain moment, a feeling that I see in my motif. Oil paint allows me to work very detailed and in every new work I try to get closer to the perfect image.”

With work that looks so photorealistic, I was keen to know whether photography is something that Mike has ever considered.  Mike revealed that he did consider it, and he does use photography sometimes to experiment and arrange his motifs, but painting feels closer and more intimate to him.  He has painted since such a young age and it’s the first thing he remembers from his childhood.  He views being a painter as his purpose.

Dargas’ mother told him that painting was the first thing he experienced for himself at the young age of three.  He revealed: “I used to draw and paint a lot in kindergarten and one day when [my mother] came to pick me up, the teacher showed her a whole wall painting. I had painted the story of the Jungle Book that I had seen shortly before.” 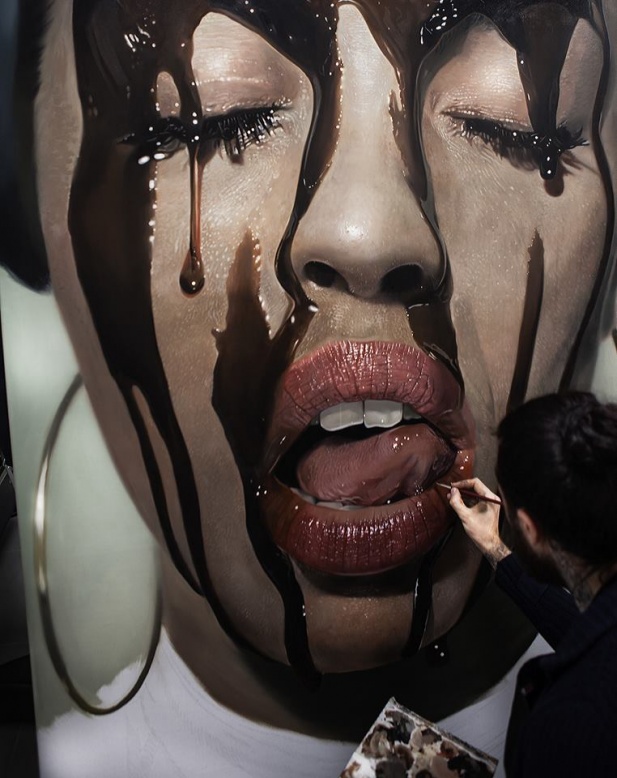 At the age of eleven, Mike was accepted into a prestigious art school for eighteen months, he was the only child in a class of adults. He said: “In the end I never studied art but I never stopped painting and exploring different styles and techniques.  Even when I had my own tattoo studio in Cologne, Germany, I focused on portraits.  Art is my passion ever since.”

Mike admires artists such as, Dalí, Caravaggio and HR Giga. He told me: “Their precise technique and constant quality is incredible.” Giga especially inspired Mike, speaking of the artist he said fondly: “he always improves his technique and creates a three-dimensional look.”  Living in Germany, Mike revealed that he is very much influenced by his social and cultural environment.

Mike revealed that the highlight of his career so far is most definitely selling his first painting.  However, life is now currently one highlight after the other for Mike. His works will be exhibited in Munich and London soon, and he will join his first art fair.  He said humbly: “I receive requests, love and support from all over the world. This is not self-evident for a young artist. I feel very blessed!”

One of Mike’s most recent works, The Black Gold, is so beautiful that quite literally took my breath away.  It is one of the first works of his new liquid-series. Fascinated by his liquid-series I wanted to know where his inspiration came from for these works.  He told me: “I used honey at first and was amazed by the effect.  It was intoxicating.  Then I tried other materials with a similar impact. I had valuable raw materials, gold and diamonds on my mind. Most works develop spontaneously.” 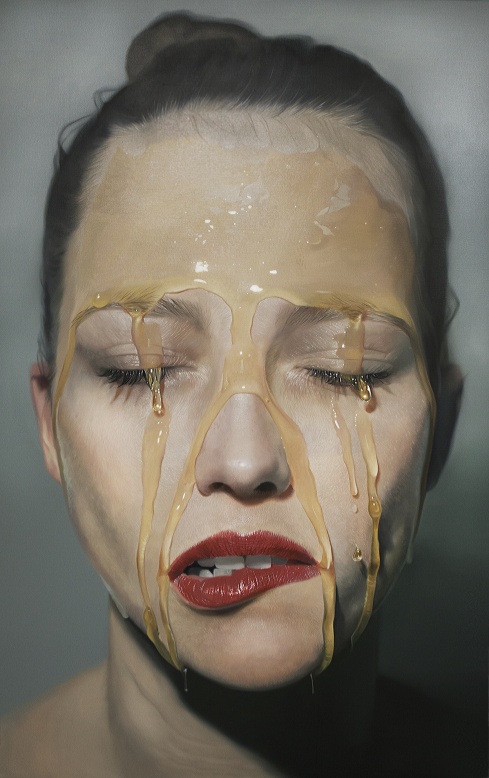 “I never have the feeling that my art is complete,” Mike revealed.  “I am always in progress and still develop with every artwork.  But the process is very individual.”

For his solo show Mike is working on several works at the same time and just hopes that the colours are dry until pick up!  I asked Mike if there were any particular art instruments that he finds himself quite attached to. Mike revealed: “I would definitely miss “burnt umber” by Sennelier.  I use it in every painting.”

I asked Mike what his favourite piece of work is and why, he replied: “That’s a difficult question.  I think I’m mostly attached to the newest works because they represent my stage of development. I hope you like them as well.”

To say that I like Mike’s work is an understatement. He has produced some of the most beautiful and provocative pieces in recent years. The future is bright for Mike Dargas.