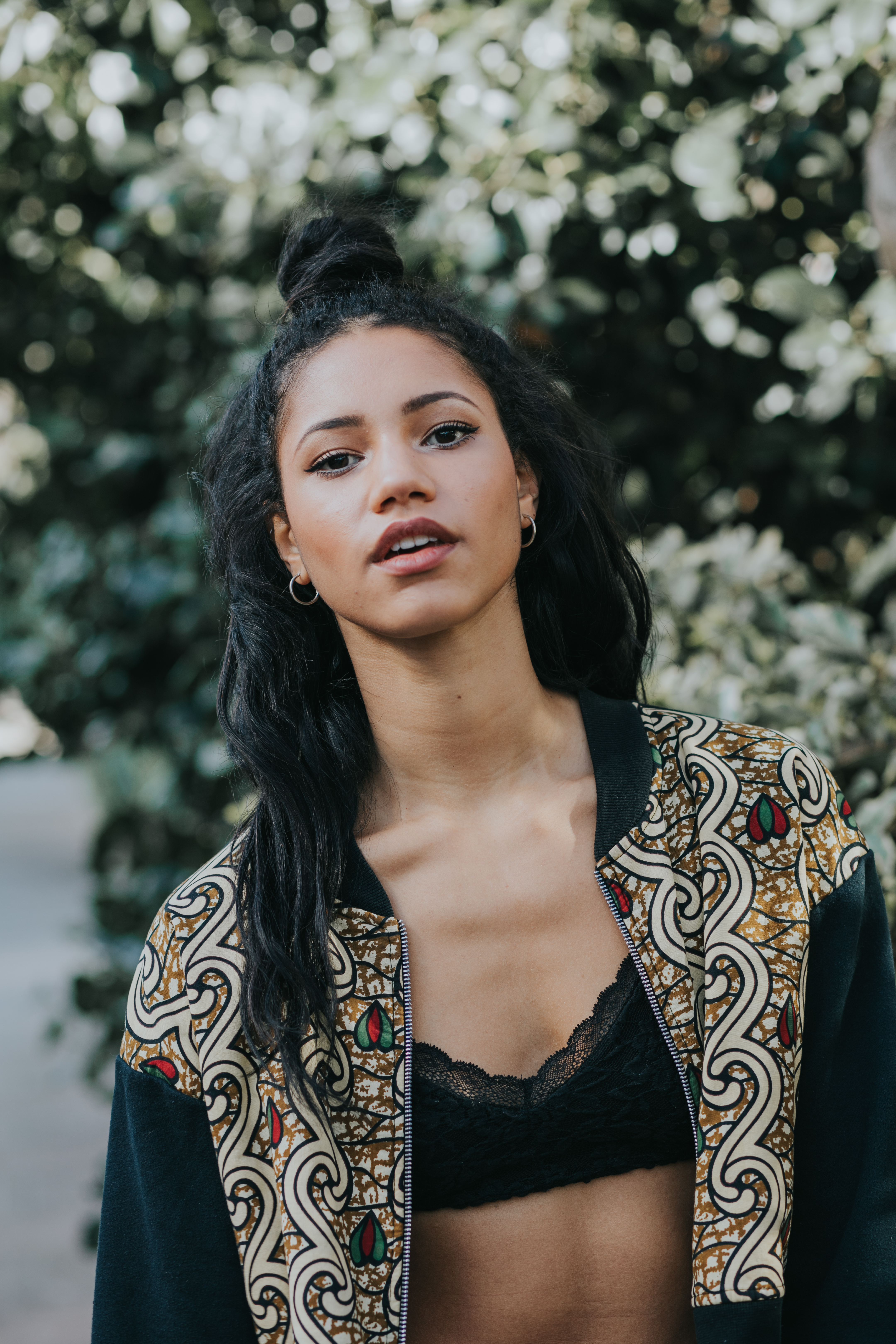 When Vick Hope isn’t co-hosting Capital FM breakfast alongside Roman Kemp she’s either filming in the middle of the South African desert with Freddie Flintoff and Lethal Bizzle or she’s chilling backstage at Elstree Studios with Sir Tom Jones and will.I.am. Either way, she’s killing it.

Vick Hope always knew that she wanted to tell stories, and from a young age she dreamt of and worked towards becoming a print journalist. “I moved to Buenos Aires when I was nineteen to write for The Argentina Independent newspaper, and it was while I was there that I met some producers from MTV US who were looking for a presenter for a pilot” she told us. Vick continued, “I screen-tested there and then, got the gig, and yeah I guess I just sort of fell into a new mode of storytelling on camera, rather than on page.”

We think Vick may be being a bit modest though when she says she fell into the career she’s landed for herself. Hope studied French, Spanish and Portuguese at Cambridge University specialising in political and ethnological readings of Latin American and Francophone Caribbean literature, music and dance. “So basically nothing to do with chatting about Justin Bieber every morning on the radio!’ she added, laughing. “It’s not about the nuts and bolts of the degree when you study at Cambridge. Cambridge is rigorously academic (we’re talking 9am-6pm intense contact time every day and one-on-one supervision) with immense pressure on you to perform, which instilled a crazy strong work ethic in me, and taught me how to harness my determination, as well as giving me confidence when it comes to talking to intimidating middle aged, middle class white men in influential professional positions, which you do have to get pretty good at in this industry!”.

Vick added, “Cambridge was so outside of my comfort zone, but it made me more adaptable and thicker-skinned which is one of the most important qualities to have in TV and radio.”

Vick has presented Capital FM Breakfast for almost a year now, and by the sounds of it hosting a breakfast show is far more difficult than it sounds. “It’s really fun and we’re a very close team, but you have to be when you’re together from 5.30am every morning. You get to know each other very well and learn to deal with each other at your best and worst” she said, fondly. I get up at 4.30am every morning Monday to Friday, and although we’re a year into it now, I don’t think it’s something you ever get used to. I’m terrible at getting to bed early and I work 12-16 hour days most of the week so I’m tired pretty much all the time, but it’s a great platform and I love what I do, so it’s definitely worth it” she said. “I’m not a complete miserable tired mess” she added, laughing.

Hosting the Capital FM Breakfast show and the 4Music Trending Live show means that Vick Hope has crossed paths with people we’d only ever dream of meeting. I asked Vick if she had any stories, and she exclaimed “oh maaaaan, yes!”.

“It’s incredible how many absolute legends I have met and it’s such an honour to have interviewed them for MTV, 4Music, ITN and more recently, Capital.” Vick added modestly, “one of the first ever interviews that I did was with Justin Timberlake when I had just started as an intern at MTV UK. I have absolutely no idea why they trusted me with such a big name so early on!” she said, laughing. “I was pretty star struck chatting to him because he’s such an idol from my teens” she added.

“I think that’s exactly it, actually. The stars that have made me go giddy are the ones that I know from my youth: Westlife, Girls Aloud, Kate Winslet… even bumping into Chris Moyles who works down the corridor on Radio X Breakfast! I used to listen to him every single day on the way to school so it really affected me when I first met him in person.” 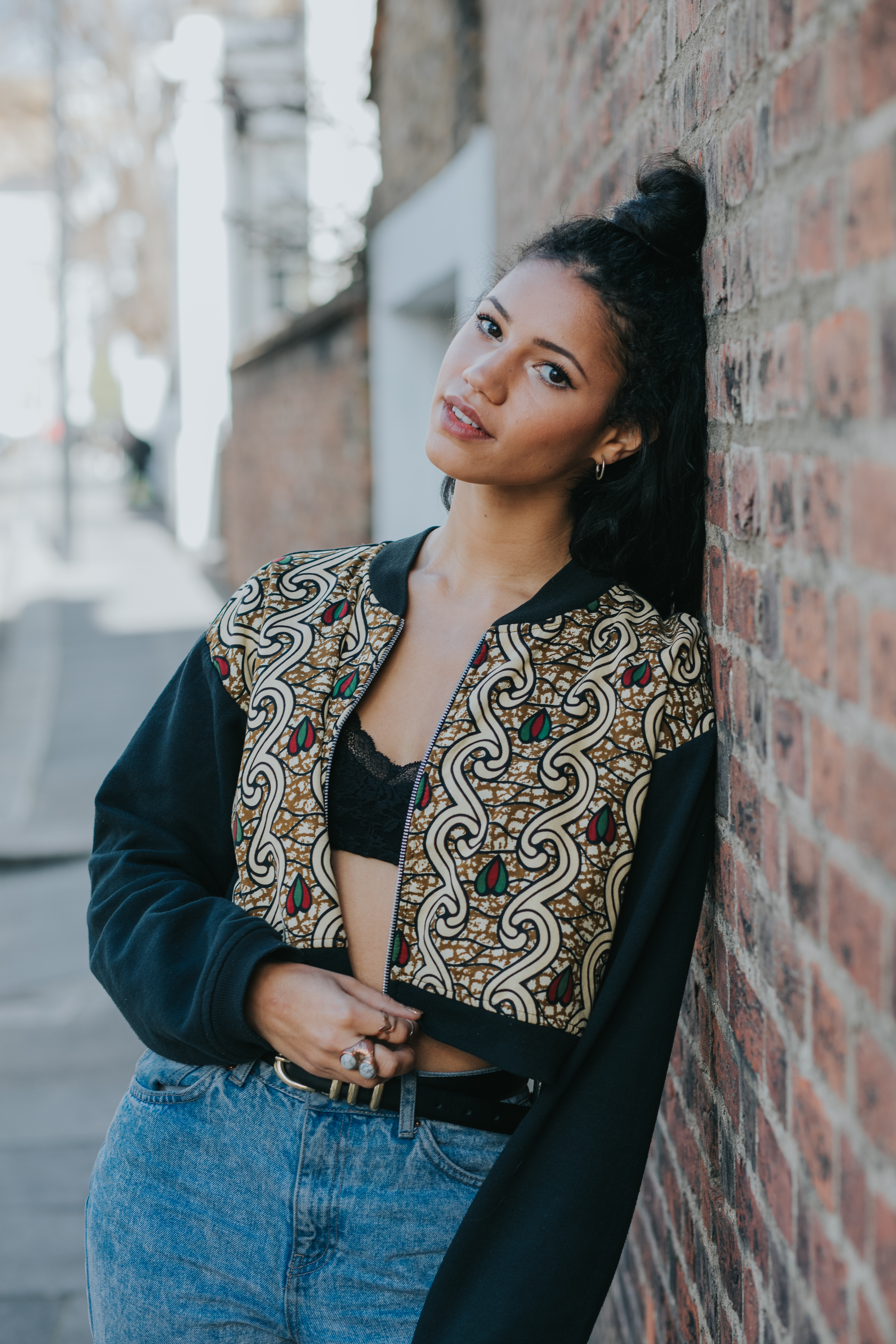 Interestingly though, Vick shared with us that it’s the newer artists she loves talking to the most. “I do a show called Fresh Focus for 4Music where we champion a different emerging act each month. We spend a day together, they give three stripped-back performances and an interview, and it’s so exciting to see their raw talent and get to know what makes them tick” she said excitedly.

This year, Vick joined The Voice as its new digital reporter for The Voice UK and The Voice Kids. “While the main show is being filmed, it’s my job to get as many behind-the-scene interviews, sneak-peaks and exclusives as possible for online and socials” Vick told us.

“Despite the long hours, I have such fun working on the show. It’s a very welcoming family and being part of such a huge ITV production and an exceptionally-oiled machine is really invaluable industry experience.”

Vick added, “I basically spend my day creeping around backstage at Elstree Studios bothering Sir Tom Jones and Will.I.am on their lunch breaks, so what’s not to like?” she laughed. If Vick wasn’t already busy enough, she now co-hosts the new Sky One show Carnage. “This show is ridiculous!” she shouted. “But in the best possible way!” she added.

“It’s basically a cross between Robot Wars, Mad Max, Wacky Races and Scrapheap Challenge… yeah, exactly” she laughed. “We spent two weeks in extreme conditions in the South African desert, while thirty teams waged war on each other in their home-made weaponised vehicles – insane!”

Vick continued, “the scale of the production was like nothing I’d ever seen before; it was like a film set. And hosting it alongside Freddie Flintoff and Lethal Bizzle was brilliant. They’re both very funny guys; I’m a huge fan of their sense of humour. Although they’re very different to one another, I found that it made for an entertaining dynamic. We all have such diverse backgrounds career-wise too, so it was really interesting to hear stories from their worlds of sport and music respectively, and refreshing to witness a new perspective and approach to presenting.”

Vick Hope also considers herself to be quite the aspiring documentarian and likes to delve into topics that she feels passionate and curious about. She’s fronted a couple of documentaries so far but most notably she was a part of the That’s Not Me documentary which investigated retouching in fashion photography and won the BBC Factual Entertainment Award at Visions Film Festival. “I’ve produced many of my own short documentaries too and uploaded them to YouTube, which are mostly amateur but hey, we’ve all got to start somewhere!” she said, smiling.

“For the most part, these short documentaries explore subjects that I care deeply about as I always feel a genuine passion or connection is the most compelling driving force when it comes to exploration. That said, an openness to new subject matter is also exciting, and I’m certainly stimulated by researching totally disparate stories when covering current affairs packages for ITN – we’re talking everything from earthquakes to terrorist attacks to world mud wrestling championships… all in one day.”

Vick continued, “at the moment I’m developing documentary ideas with production companies which range from many of my own very personal quests (topics like immigration, the refugee crisis, cultural appropriation, racism, sexism etc.) to topics that they come to me with. Watch this space!” 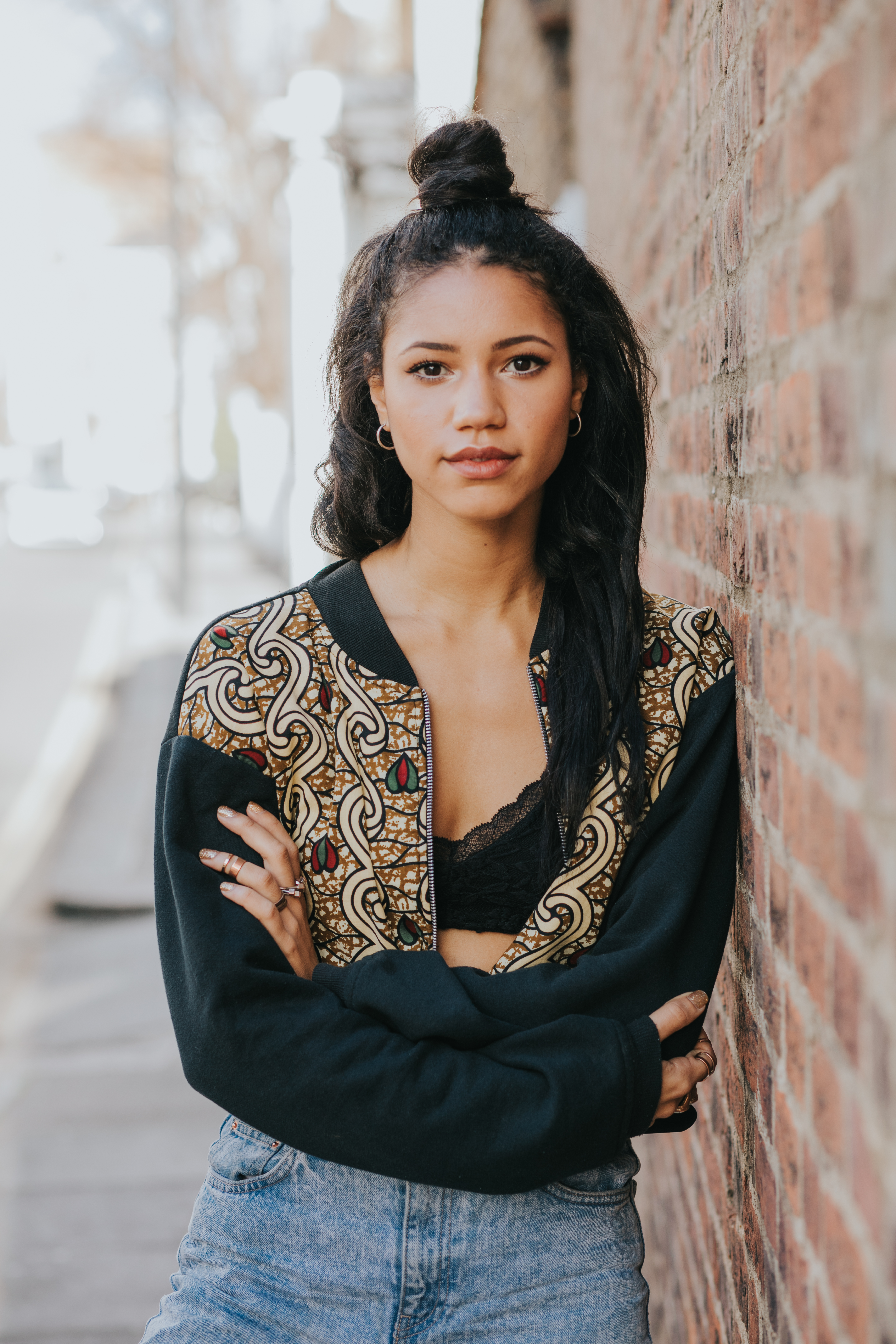 Vick has so much going on, so when I asked her what the highlight of her career so far is she sat there seriously concentrating trying to think of something that she can pinpoint as a real highlight. Then she looked up at me and said “you know what, rising out of the stage to shout ‘Hello Wembley’ at the Capital Summertime Ball is definitely up there. But equally, off the back of working with Capital, it’s crazy trying to process the fact that I was actually able to switch on the Oxford Street Christmas lights… I mean, come on!”

Vick continued, “Above all though, I always dreamt of writing for a magazine when I was younger, and this year I had an article about sexism in the TV and radio industries published in Marie Claire for International Women’s Day which felt like a true achievement that my teenage self would be so proud of. I feel like I’ve taken a step, however big or small, towards change for the injustice and mistreatment of my female peers. I don’t want young girls to look at the industry I’m in and feel they aren’t welcome, and I felt that by expressing myself in the article for Marie Claire and putting a level of pressure on employers to do better, I could contribute to shifting the conversation in the right direction.”

What advice would Vick give to her younger self? “Keep your options open, constantly reassess your journey, try to maintain perspective, say yes more, say no more, get more sleep, drink more water, don’t fall for someone you know from work, don’t move in with someone you know from work, worry less, every setback is experience for the future, and nothing is the end of the world.”

“I mean, I say this is advice for my younger self, but to be honest I WISH I could say I actually follow these, even now! And on that note, I think my biggest realisation to date is the fact that no one actually really knows what they’re doing, and that’s ok.”