In My Words: Edward Wilding 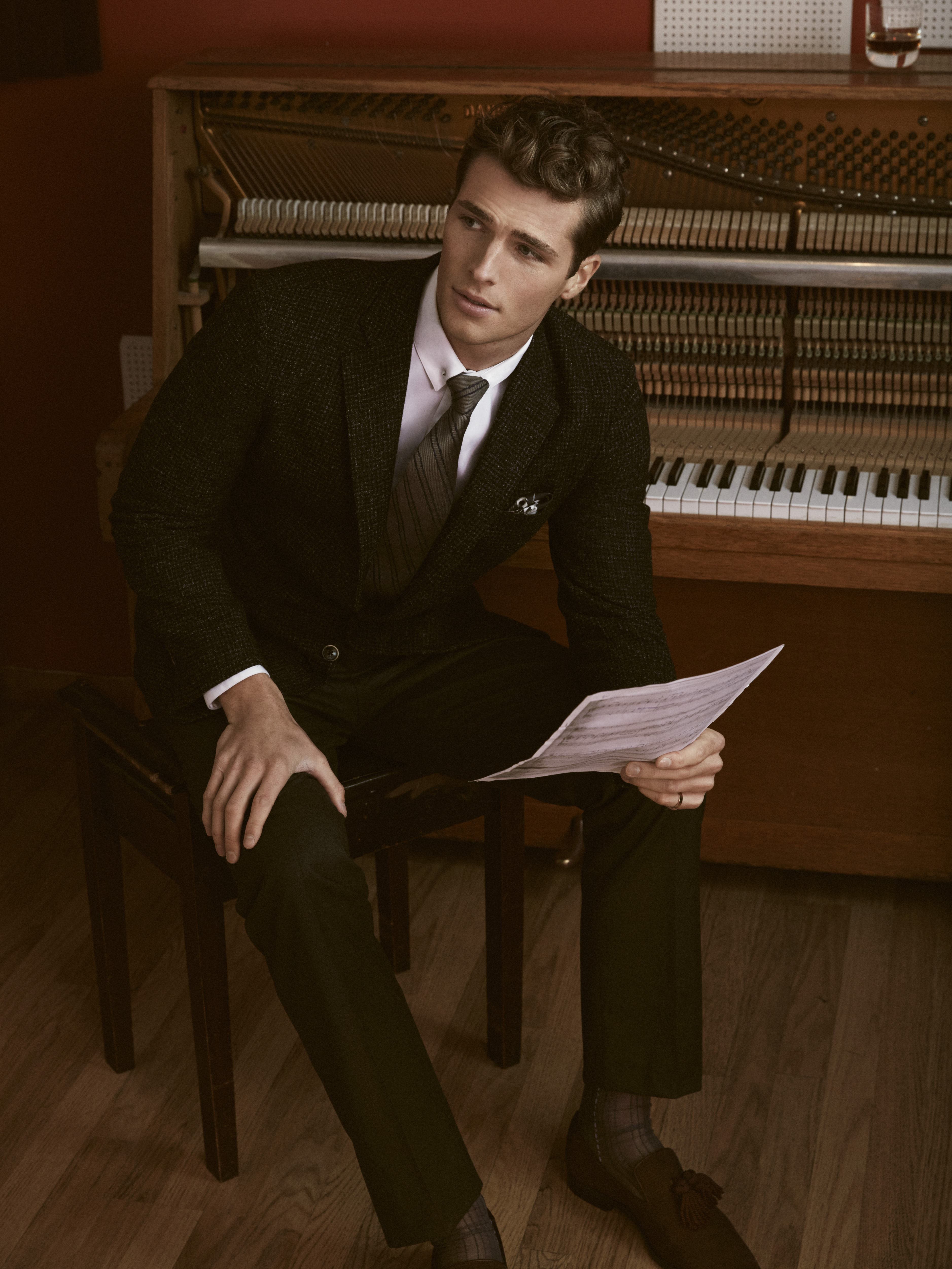 Edward Wilding has taken the fashion world by storm since he was discovered and signed in 2013. He has since walked for luxury powerhouses: Chanel, Versace and Dolce & Gabbana, as well as fronted campaigns for Joop, Hugo Boss and Balmain. Despite his thriving career as a model, Edward’s ambitions go far beyond the fashion industry. Here, he explains in his own words about Action Hunger, the charity he sits as one of the board of trustees, to help aid the homeless.

Action Hunger is a charity committed to alleviating poverty and hardship amongst the homeless — we install vending machines that provide free food and clothing in key locations of cities around the world.

Our founder Huzaifah Khaled first conceived the idea in late 2015. He noted that, for the homeless, even access to basic necessities like food and water was sporadic and often cumbersome, with many shelters having fairly disparate opening hours due to a scarcity of funding, and realised that there had to be a more effective way of at least ensuring the bare necessities were always available.

As a considerable amount of the produce we vend is received from food redistribution organisations, Action Hunger is aiming to simultaneously address two major social and environmental issues — homelessness and food waste.

Our machines are accessible 24/7, and designed to both serve as a lifeline for the most vulnerable people in our society. It also acts as a service through which we can ensure the homeless men and women who use our machines can keep in regular contact with local support services like shelters and day centres — which is crucial.

The machines contain items such as energy bars, fruit, water, sandwiches, and essentials like gloves, socks, foil blankets, toothbrushes and toothpaste, sanitary towels, books, and much more. The machines can only be accessed with the use of a special key card, which our partner organisations in each locality are responsible for disseminating.

To continue using the key cards, our users must check-in weekly at our partner organisations, as continued engagement with professionals and local support services — like shelters and outreach centres — is instrumental to breaking the cycle of homelessness.

We believe linking the use of our cards to continued engagement with such services is a way that a person’s homelessness can be curbed altogether. The cards permit a maximum of three items to be vended per 24-hour period, as the idea is that users don’t become dependent on the machines, and are working towards a long-term plan for getting off the streets.

I have been involved with Action Hunger since its inception in 2015, alongside my fellow trustees John Doddy, Huzaifah Khaled, and Halimah Khaled. We launched our first machine in Nottingham, England in December 2017 — and the response has been completely phenomenal; we have had a deluge of enquiries from shelters, councils, organisations, and individuals from all across the world, asking for a machine to be sited in their towns and cities. 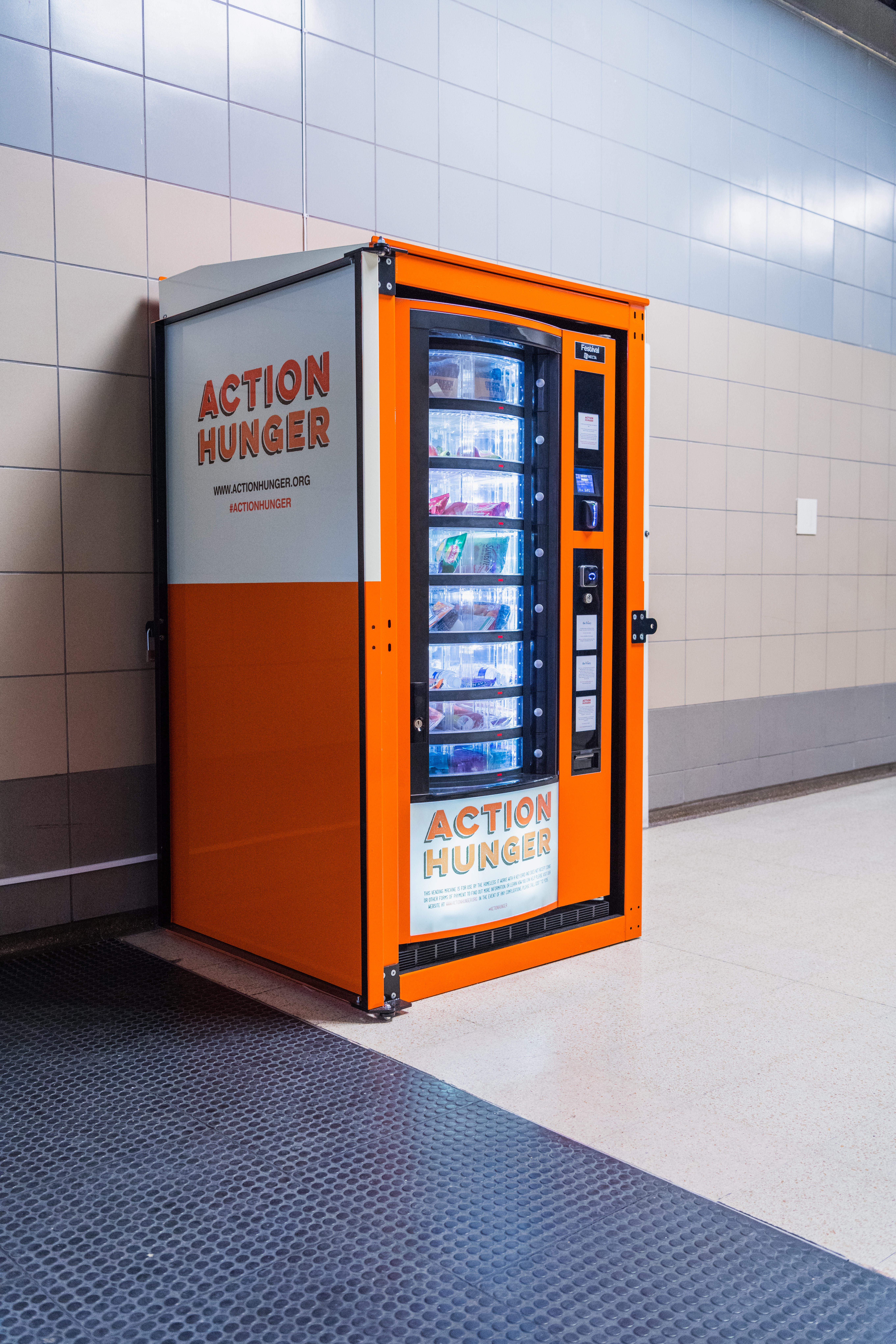 Our goal is to install a machine in every location where the need is there — our next machine will be installed in Manchester, England, and we’ll be installing machines across Europe and the USA throughout 2018.

When delving into the issues surrounding homelessness, we discovered some deeply worrying statistics. There has been a 132% increase in the number of people sleeping rough in England since 2010, a pattern which is also the case across America and other parts of the world. A homeless rough sleeper is 35 times more likely to commit suicide than the average person. At the most elementary level, Action Hunger set out to provide amenities to the most vulnerable in society to satiate the most of needs — that of sustenance.

Since our inception, Action Hunger has committed to spending 100% of the money we raise towards our cause — we’ve all volunteered our time without recompense, and all funds donated are spent on servicing and stocking our machines.

We are now introducing the ability to sponsor an individual machine — this is available to all: individuals, companies, or even a group of friends, anybody who wishes to sponsor a machine to be installed in their local community. In return, we will add names and a company logo to the side of the machine that was brought into existence with their help. If this is something that interests you, please get in contact with us via our website, actionhunger.org, and we would be happy to discuss further. If you wish to make a donation, you can do so via the same link.

Lastly, all of us at Action Hunger would like to thank ARCADIA Magazine for being so supportive towards our cause and giving not only us but every homeless person around the world a voice.