Adrian Houston’s A Portrait of the Tree 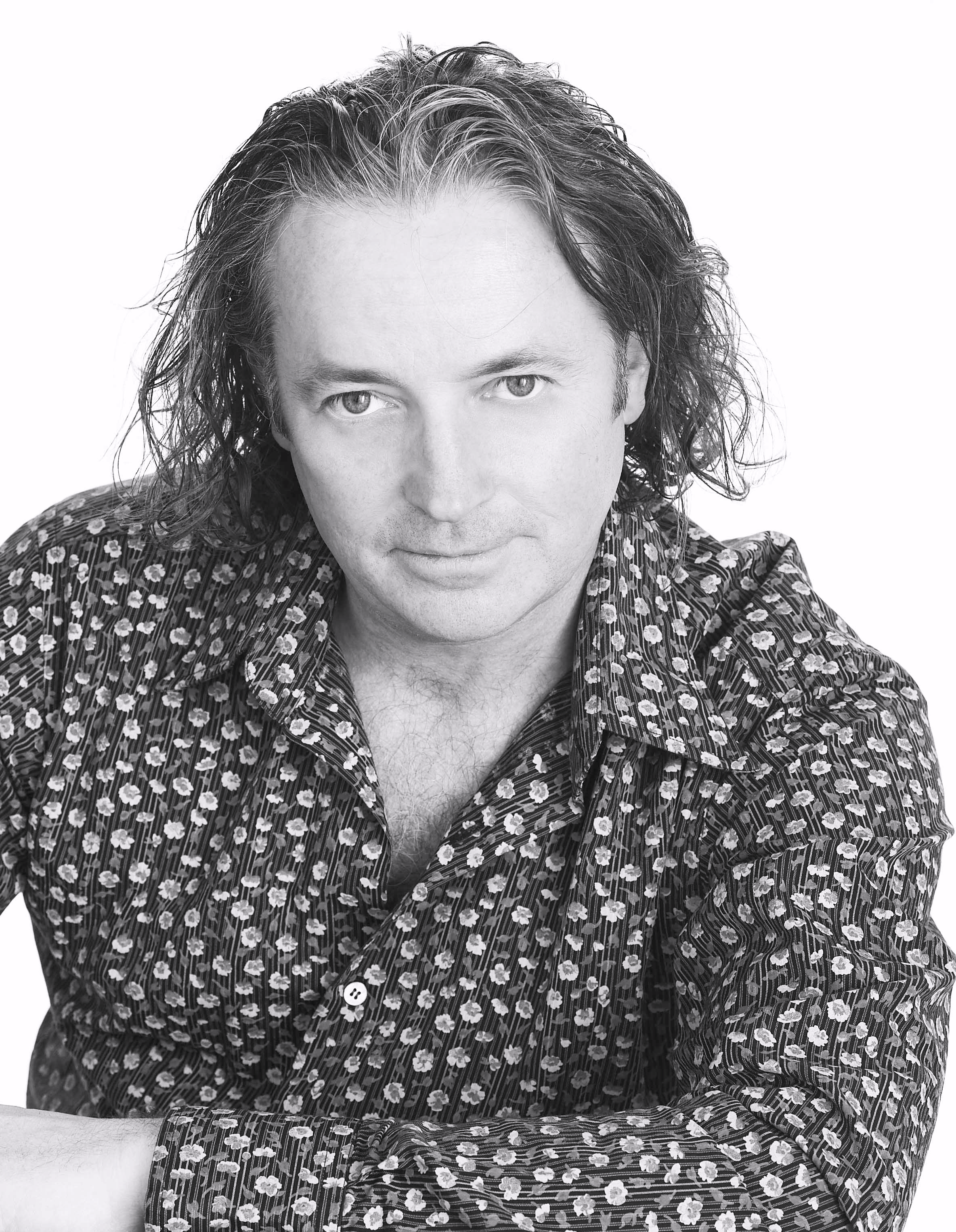 Renowned photographer Adrian Houston’s latest exhibition, A Portrait of the Tree, will be held at Unit Gallery’s new space at 3 Hanover Square from 17-28 September 2018. One of the most ambitious projects of his career, Adrian has spent the last four years travelling the world photographing trees and hearing the stories behind them. These trees hold a special meaning for a great group of people including Richard Branson, Raymond Blanc, Goldie Hawn and many others. We caught up with him ahead of the exhibition to talk about his amazing work.

Adrian decided to embark on this project that would give trees a voice and raise awareness of tree preservation as so many of our trees are being wiped out by disease and global warming. I asked what the inspiration was behind the idea and where Adrian’s love of trees started.

He said, “My favourite tree is a Scots Pine which I first saw in Glencoe. I used to shelter under the trees from the rain as a boy so I got to know them quite well. Some of these trees have been around for over 2000 years and makes you wonder what they have seen in their lifetime.”

“By photographing people’s favourite trees and hearing their stories and history about them, this exhibition is all about giving trees a voice and making people aware of the importance of trees and what they do for us.” 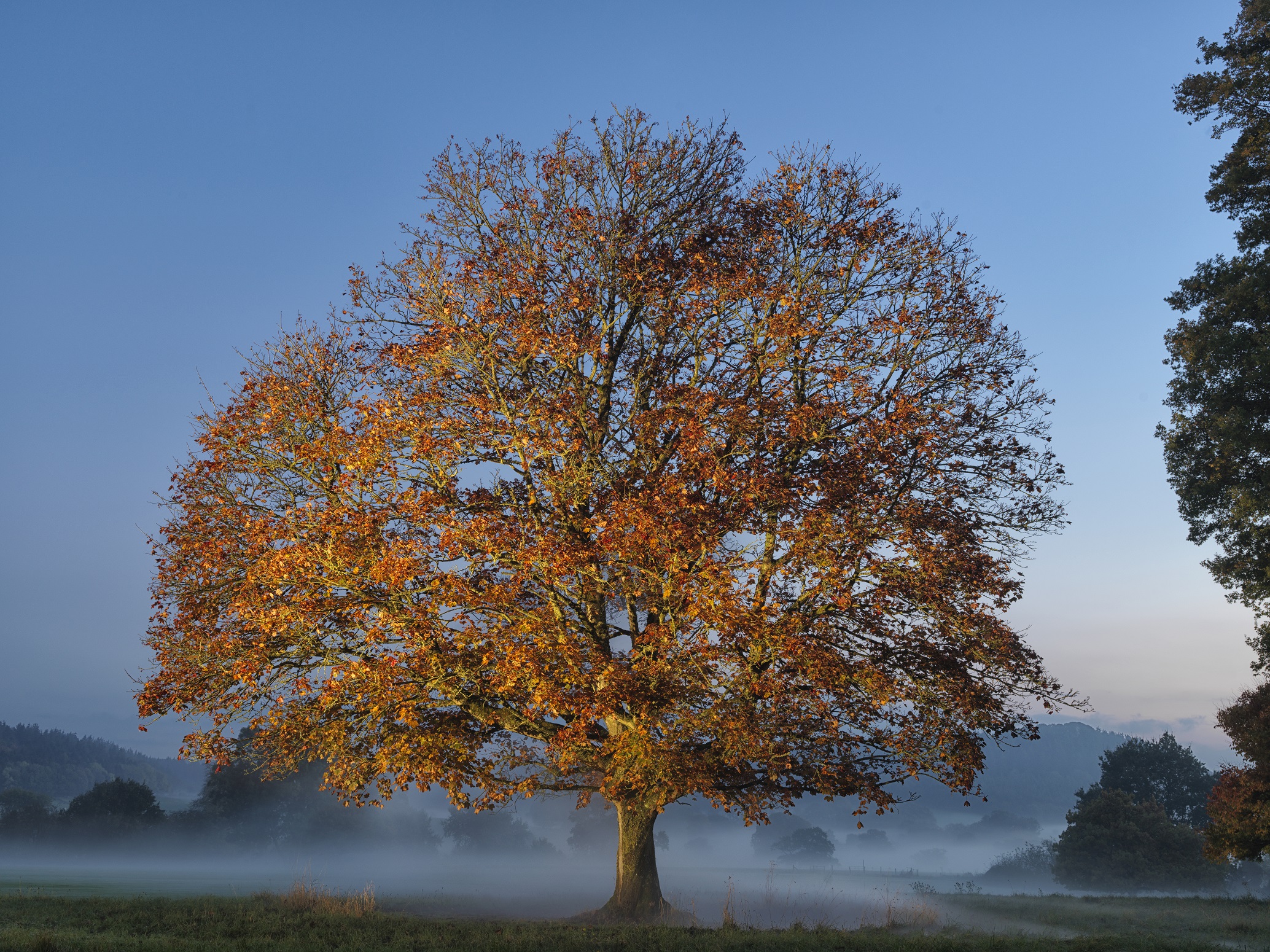 Photography is a hard profession to make it big so I asked Adrian about his early life, how he started out and what his advice was for young photographers. He said, “My mother is an artist and is a big inspiration for me. I hope her art rubbed off in my photography.” Esther Craig, Adrian’s mother, is a celebrated portrait painter whose circle included some of the art world’s most legendary names. Among these was Salvador Dali who painted her in his studio.

He continued, “I got my first break as an assistant at a studio I had worked at before for free. Working for the best photographers makes you learn everything just that little bit more quickly.” Adrian’s ground-breaking travel guide images for the luxury holiday company Mr & Mrs Smith helped put the company on the map.

He said, “My advice for young photographers is to do what you love. Look at every picture and criticise it as much as possible to keep on improving. Light and composition are the two most important things to learn about especially if you’re shooting nature. I prefer the light at sunrise over sunset when it comes to nature.” 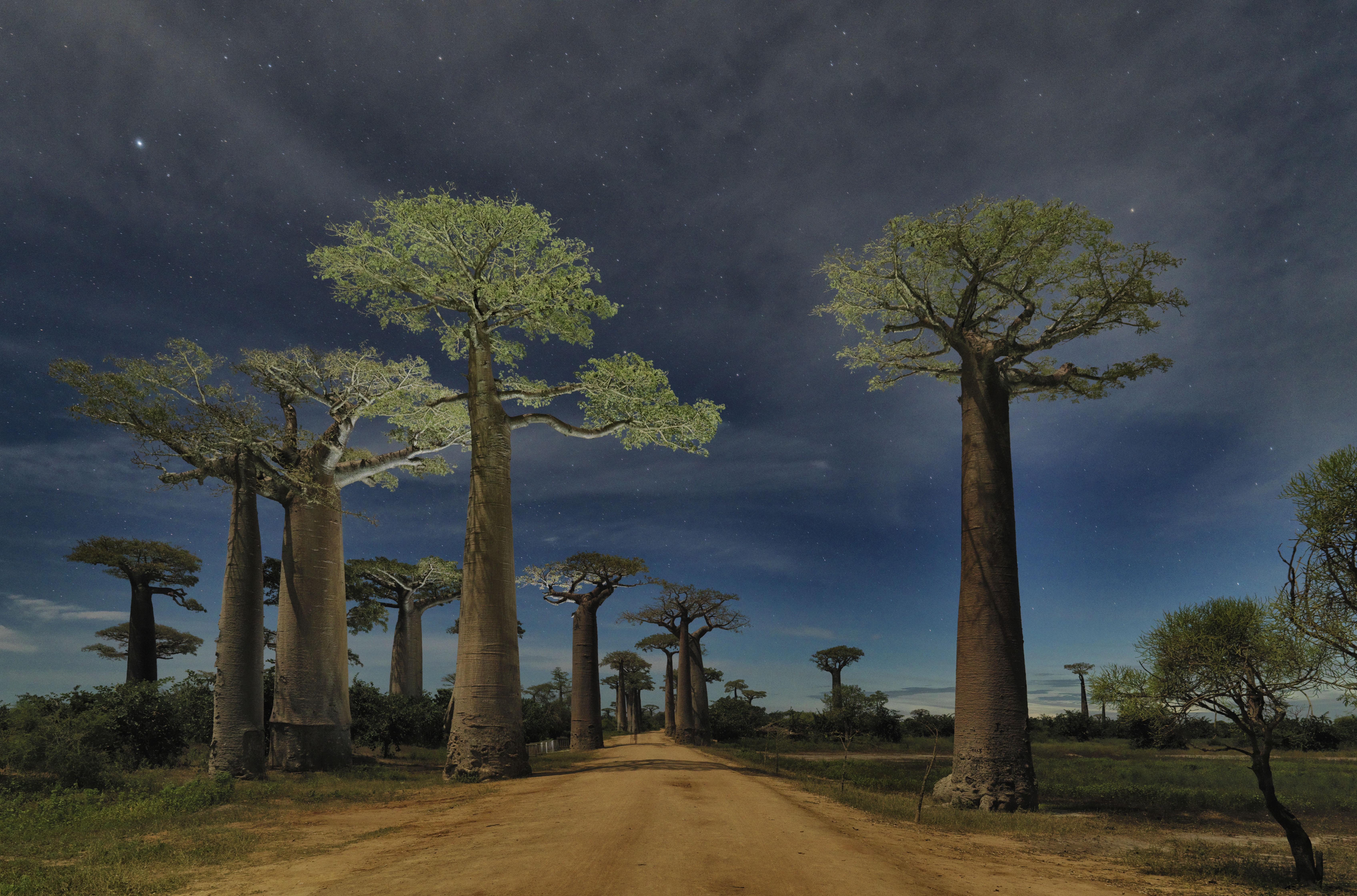 The exhibition will feature photographs and stories shared by over 30 people from a range of backgrounds from the arts and hospitality through to philanthropy. I asked Adrian about what stories Richard Branson and Raymond Blanc had to tell about their trees. He said, “Richard Branson is very passionate about conservation and so supportive of the project. He even tweeted his followers asking for suggestions on which trees to feature!” Adrian spent 2 weeks in Madagascar and photographed Richard Branson’s favourite Baobab trees which are 2000 years old.

Adrian also photographed a special tree (the Cedar of Lebanon) which lived at Raymond Blanc’s celebrated culinary haven, Le Manoir Aux Quat’Saisons. He continued, “The tree was part of the furniture, living at Le Manoir since day one but sadly had to be cut down. Raymond Blanc used to take afternoon tea with the Queen Mother under that tree.” The good news is that the tree is now really part of the furniture, with garden benches made from the wood in memory of the tree. 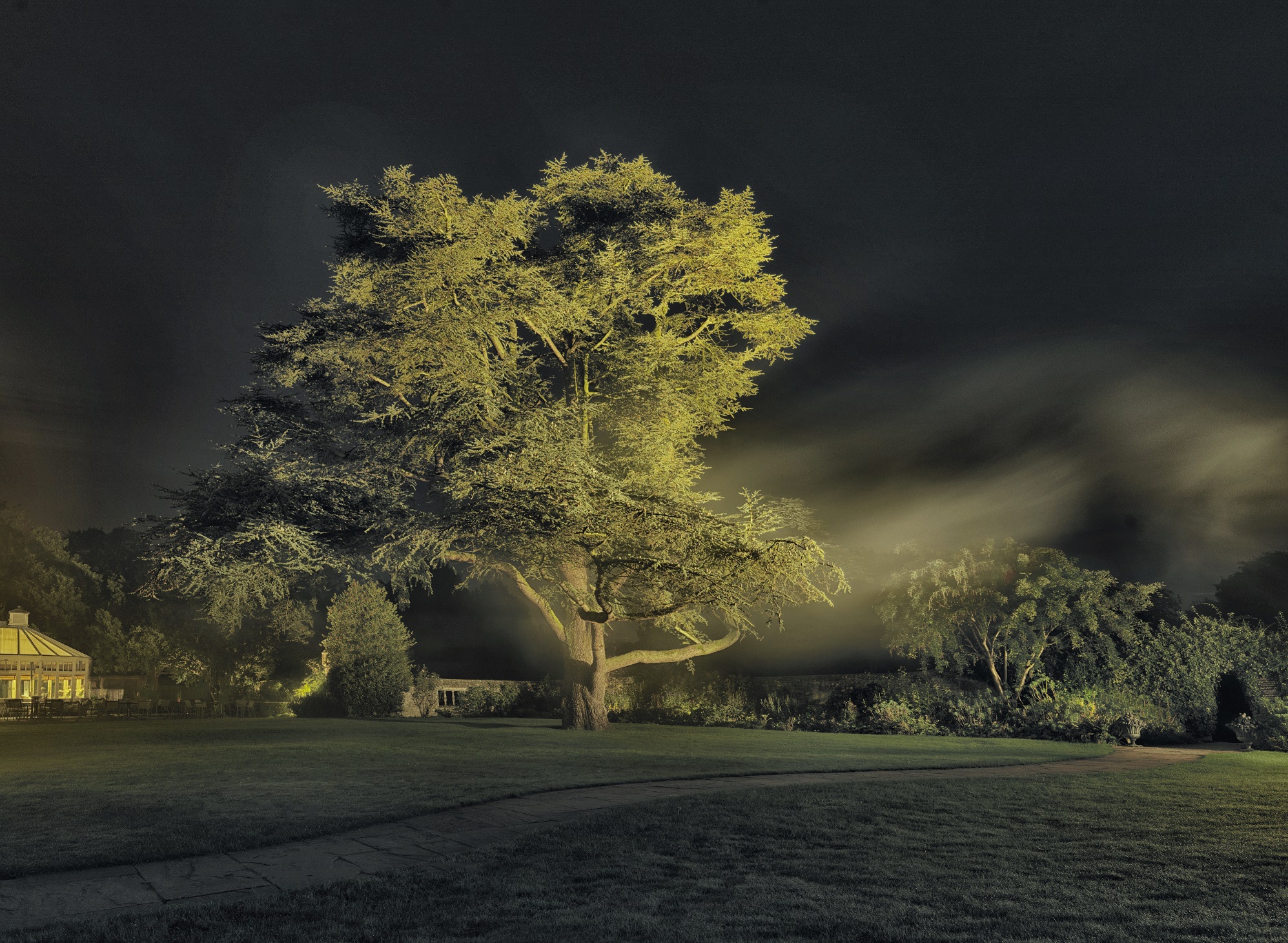 Goldie Hawn was famously photographed recently hugging a tree in Los Angeles while Kurt Russell looked on. I asked Adrian about Goldie and her passion for nature. He said, “She’s a very inspirational person and one of the very few people that when you meet, they are exactly as you would expect them to be! She’s always been connected with trees and uses trees as a form of therapy.” Adrian photographed her favourite tree, a Whistling Thorn tree in Kenya – a tree sitting firm on its own in a massive landscape.

Like people, trees need care and attention. I asked Adrian about whose trees were the best kept. He said, “The best kept trees were the ones at Kew Gardens. Tony Kirkham (Head of Arboretum at Kew) has travelled the world for 30 years collecting specimens so they have around 16,000 species of trees there.” 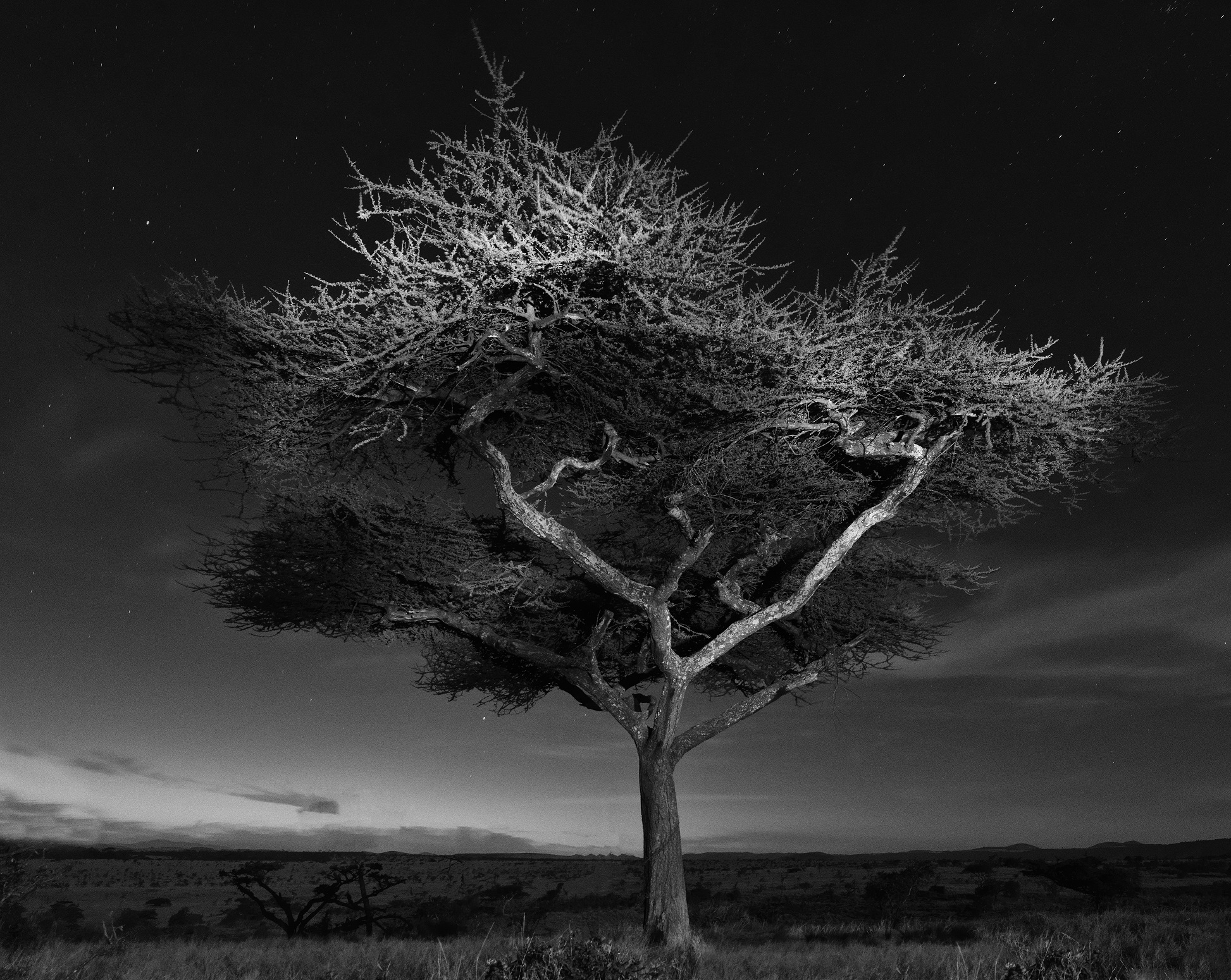 The conversation turned to who resembled their trees in character and why? Adrian reminisced, “Sir Richard Carew Pole resembled his tree a lot in that he’s generous, supportive and spread his influence far and wide to help with this project. This is just like his tree (a black walnut tree) planted in 1710, with its massive extending branches that spread out.”

Throughout our chat, Adrian’s passion for the preservation of trees, awareness of tree disease and the exhibition having a strong charitable aim really comes through. A percentage of sales will go to two charities. Future Trees Trust is a national charity dedicated to the improvement of tree quality. He said, “The Trust is all about fighting tree disease and teaching people which trees to grow and the value of those trees when fully matured.”

The second charity, Trees for Cities, aims to create greener cities and so far have planted over 840,000 trees. Young people from mainly London schools will be invited to see the exhibition. There is also a competition for 8-16 year olds to send in photos of their favourite trees along with why they are special. The top three entries will appear in the exhibition and the winner will take home a new camera. To enter the competition, click here. 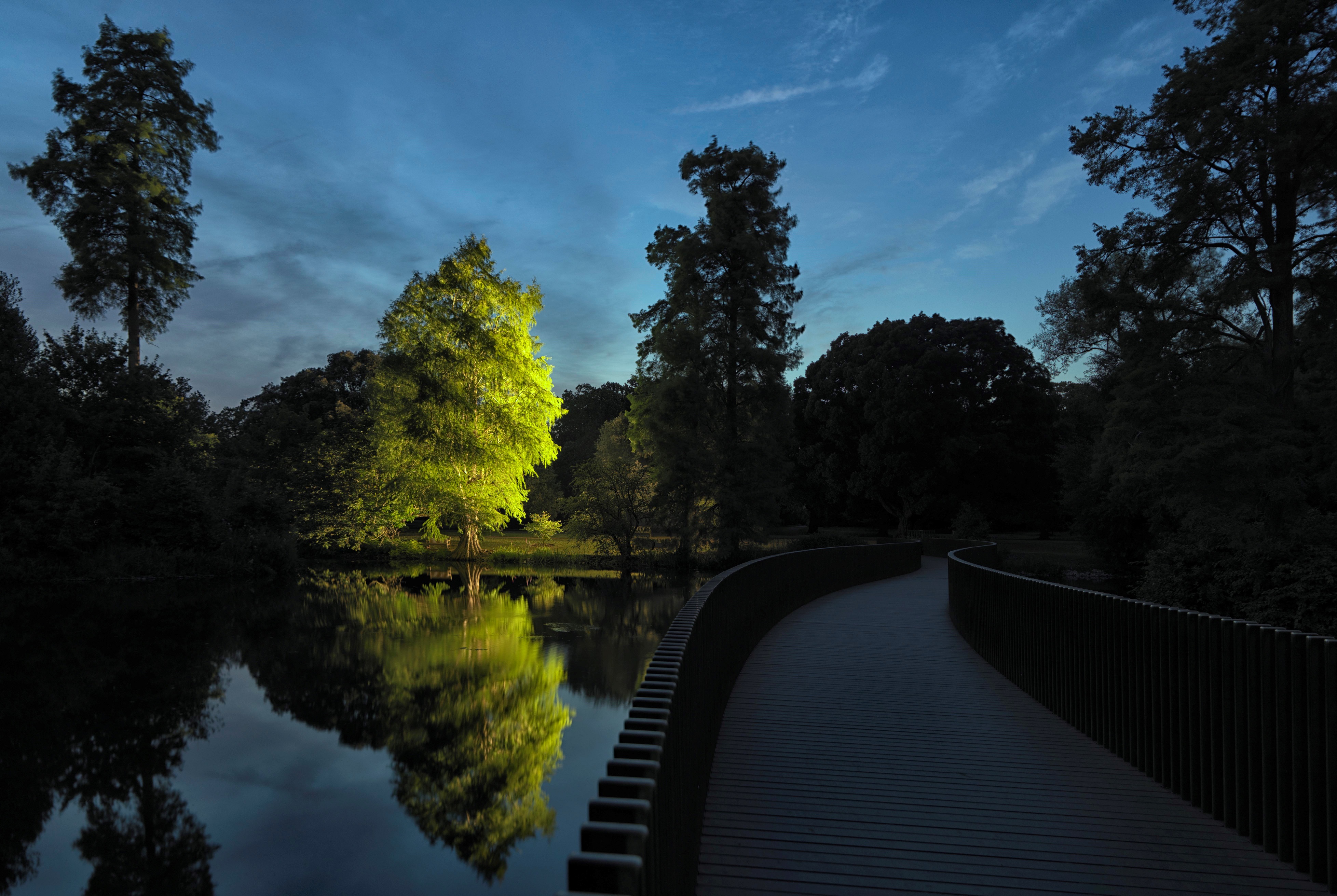 A Portrait of the Tree will be designed to make the experience immersive and interactive with 3D mapping adding an exciting element to the exhibition. Adrian concluded, “The ultimate goal would be to take the exhibition around the UK and Europe to keep the momentum going.”