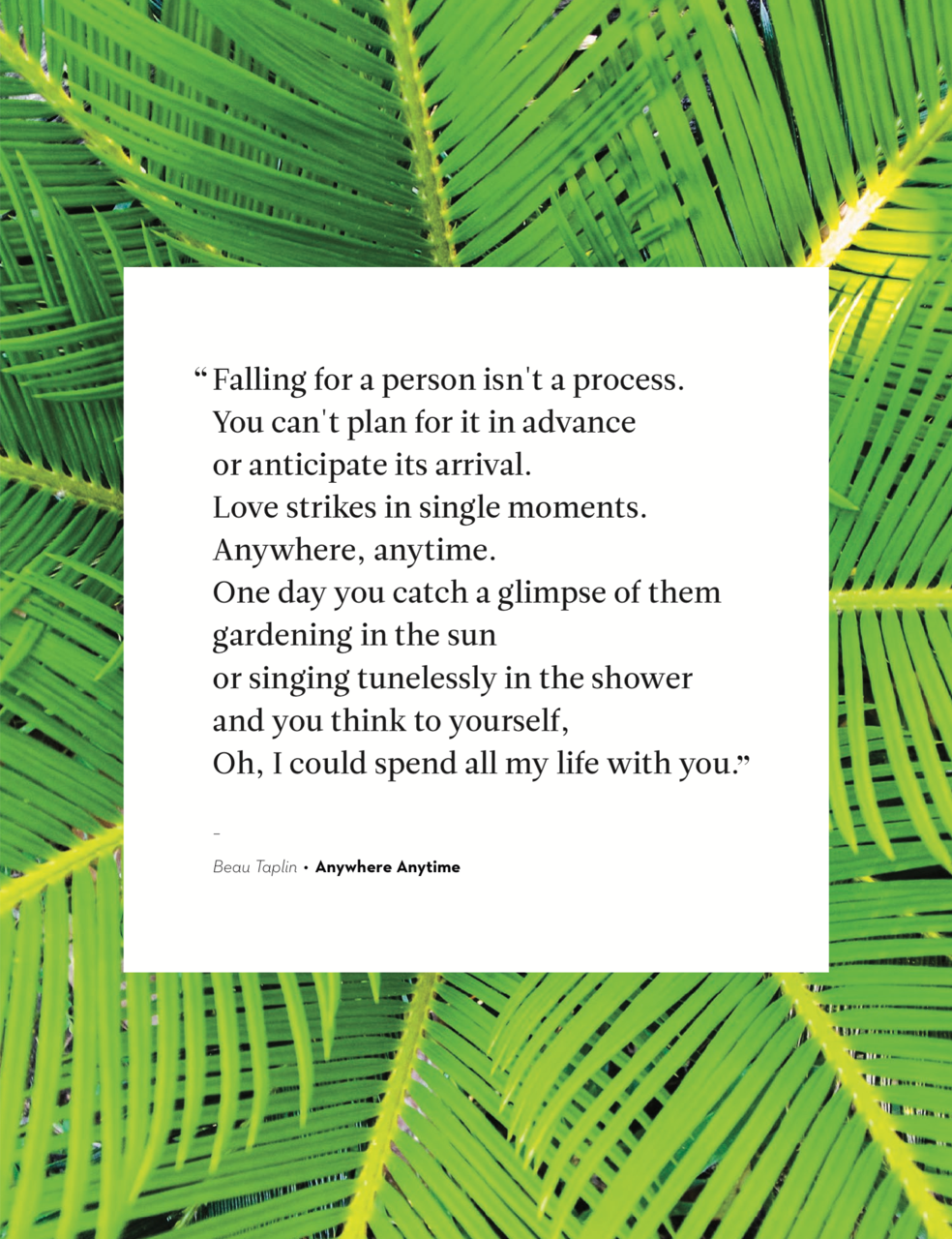 If you haven’t heard of the name Beau Taplin, you have probably read his soul-wrenching words. Unsurprisingly, the poet has amassed over 521,000 followers on Instagram including celebrity fans such as Britney Spears, Ruby Rose and Khloe Kardashian.

Beau’s self-published his debut book back in 2011, printing only 300 copies with no expectations. To his astonishment, the books sold out the evening they were released, and this cemented his decision to become a full-time writer.

Ever the wordsmith, Beau began his writing career as a singer/songwriter, his first love, between the ages of 17-25.

He explained, “It had all my attention for around seven years, and I am grateful for the unexpected places it led me to, but the music industry can be gruelling at times, and that began to eat away at my passion for it toward the end.”

Always one to follow his heart, he continued, “I tend to feel a loss of interest or passion, which is life beckoning you down another path – I’ve found it is always best to answer.”

Beau’s ardent love for poetry has always been a part of his life, even throughout his career as a songwriter.

He told me, “Throughout my years of songwriting I had always entertained the idea of releasing a book of poetry. It wasn’t until I stopped songwriting that I considered it seriously. It was originally intended to be one final passion project before I entered the “real world”, but I took its success as a sign and never gave up.”

While writing is an excellent outlet for Beau, he still has other indulges while feeling low.

He wrinkled his face and answered solemnly, “Honestly, until recently I numbed all kinds of pain with cannabis. No matter what I was going through, smoking could bring me out of that space and into a more calm, enjoyable one. Before long I realised that this was just a pause button at best, and at worst, a terrible cycle that only promoted more and more pain.”

He continued, “So now, I don’t indulge in anything, I try to take responsibility for myself and focus my energies into something that matters to me. I’ve found a sense of duty and accomplishment is the best and only cure to the misery of all kinds.” 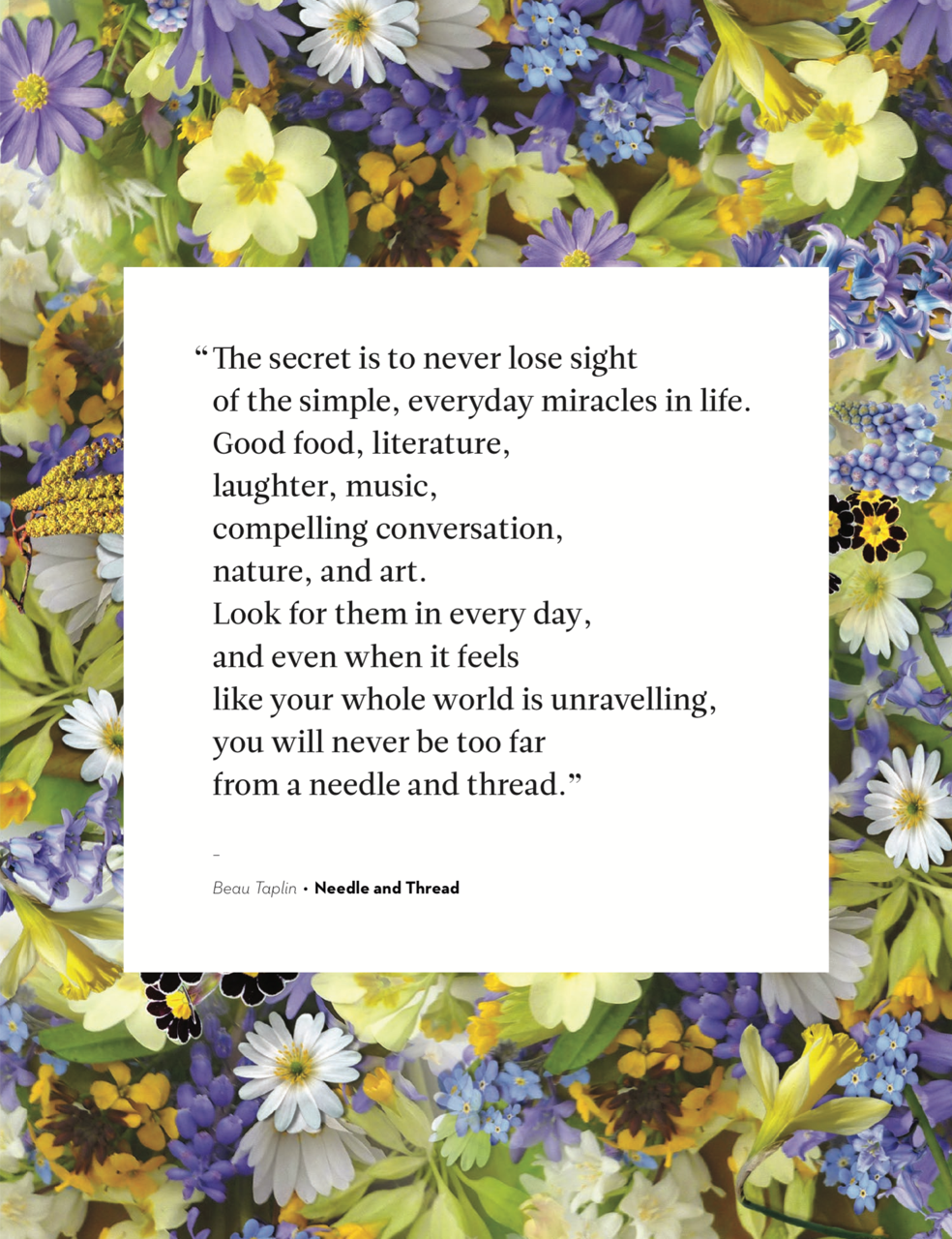 Beau’s philosophical musings on love and life have captured the world’s attention. A simple statement has the ability to pluck on heartstrings and resonate with people on a much deeper level; I was curious to discover what his source of inspiration was.

He revealed, “I like to draw inspiration from wherever I can, so no river runs dry. The connections I have shared with people have always been a significant part of who I am, so a  great deal of it comes directly from personal experiences, but occasionally I like trying to step into someone else’s shoes, empathetically speaking, and writing from that space to keep things interesting.”

Beau considers his high school education as one of the biggest influences of his life and has helped shaped who he is today.

He studied at the prestigious Rudolf Steiner school in Melbourne, who pride themselves on sticking to founder, Rudolph Steiner’s philosophy: “Our highest endeavour must be to develop free human beings, who are able out of their own initiative to impart purpose and direction to their lives.” The school’s alternative teaching school is what “nurtured and encouraged” Beau’s creativity and curiosity.

Beau also counts his family as his most significant inspirations.

He said fondly, “My mother taught me that we are capable of achieving anything that our hearts genuinely want. My cousin Kara taught me from a young age, the value of taking risks and completely living in the moment, which is something that never came naturally to me.”

Self-publishing six books were only just the beginning for Beau.

Beau explained excitedly about what he has in the pipelines, “Late last year I signed a few publishing deals with HarperCollins and Andrews McMeel – my books’ Bloom and Worlds Of You will both be available in bookstores worldwide. That’s super exciting.”

He continued, “I’ll also be exploring musical projects again and writing, of course! I went through a lot of personal changes last year, so I’m keen to implement those lessons back into my work.