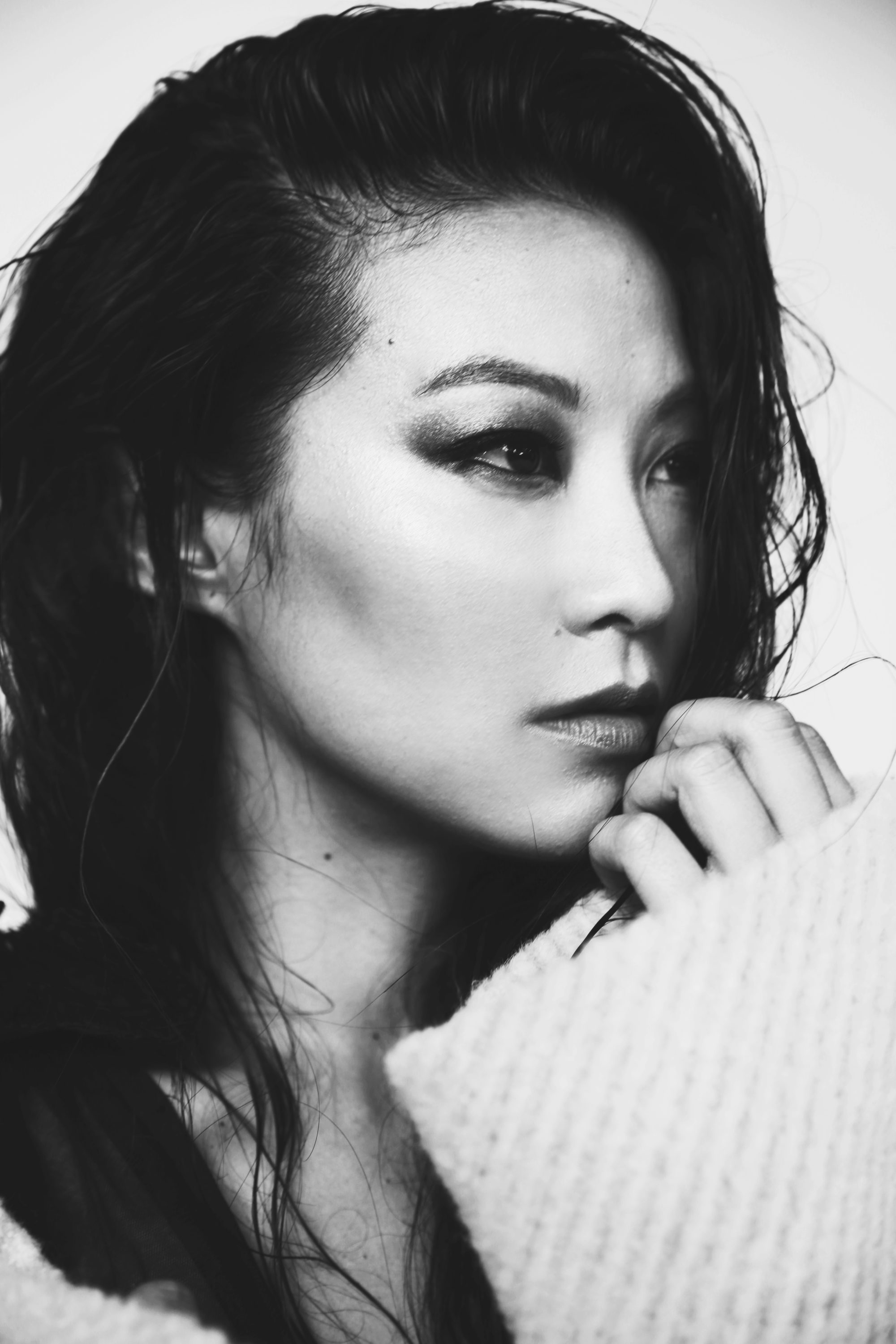 There are very few models who are successful in crossing over from modelling to acting and even fewer who are of Asian descent. Yet, Korean beauty Arden Cho did just that. It is no surprise Arden was chosen to front campaigns for Clinique Asia, Nike Japan and Reebok Korea, with her beautiful flowing jet black locks, prominent eyes and infectious smile. Having grown up in Texas, Arden’s persona was used to bridge the gap between the American and Asian markets.

Of course, Arden’s focus has always been on her passion, acting. After years of auditioning in LA, Arden finally got her big break on the MTV hit show, Teen Wolf. What started out as a recurring role in season three, turned into a full-time gig when Arden was promoted to the main cast for seasons four and five is something she “never dreamed of”. She goes on to say, “At the beginning of my career I was just happy to get a chance to act and perform. Who knew a couple of episodes would turn into three seasons?”

Joining a cast that was already three seasons into its stride can be daunting for anyone, yet Arden jumped in head first, ready to take on the challenge. She praises the writers for “doing a wonderful job of introducing Kira and I think the fans grew to her liking and I got to stick around.” Kira Yukimura was such a hit with fans that her budding romance with Scott is still trending on Twitter as #Scira to this day and has since garnered her a loyal following of 3.8 million social media followers. 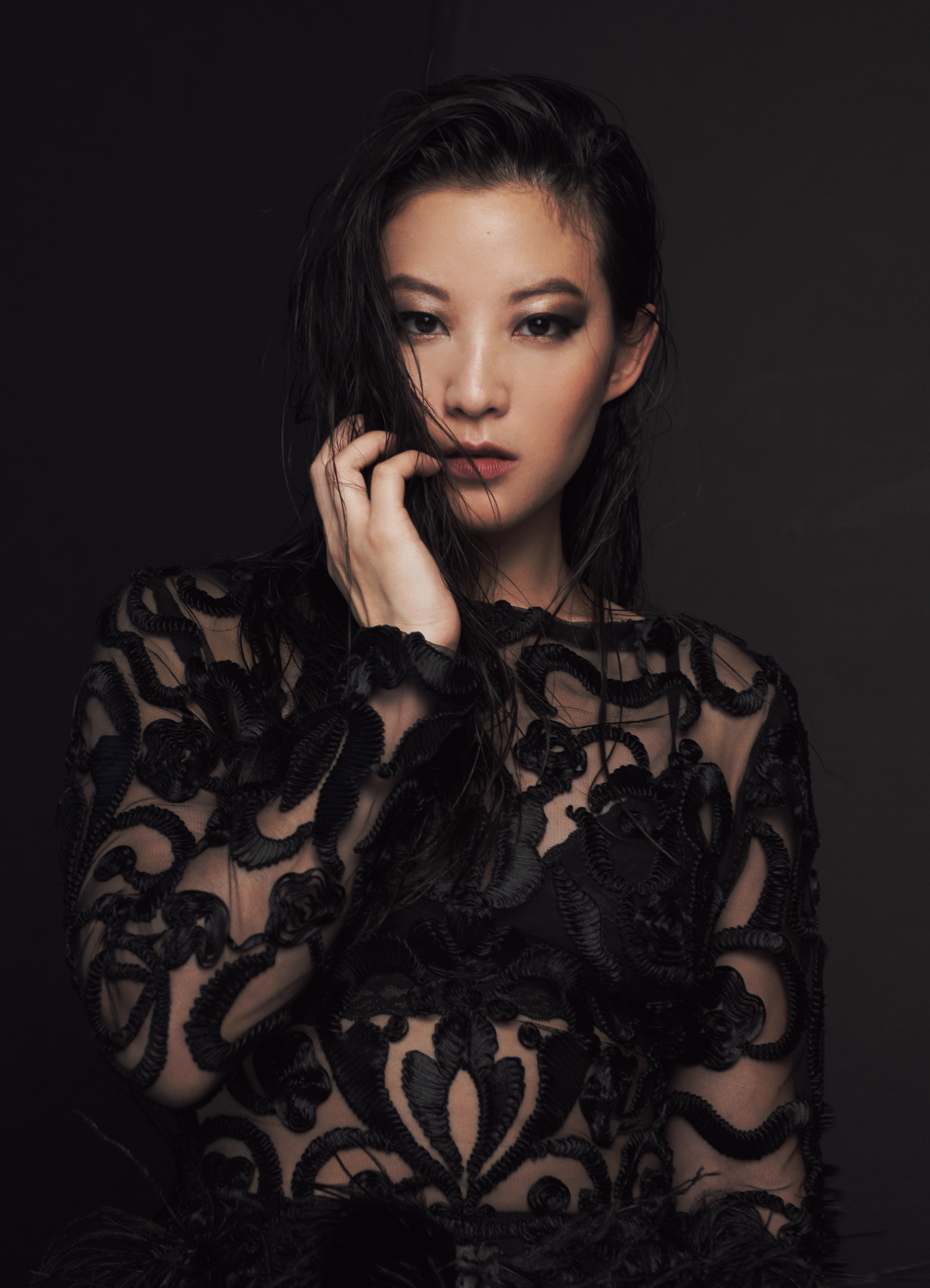 She continues to talk about her experience on the show, “Season five might have been my favourite season to film. I think as an actor this was the season I felt the most comfortable. I was no longer the “new kid, and I felt a bit more freedom to be myself.”

Sadly, Arden did not return to the show for season six, which was a shock to Arden as well as fans of the show. She shared the news to her 500k subscribers on YouTube in a vlog post, which has been viewed nearly a million times.

Arden takes the exodus in her stride and tells me, “Throughout the whole experience I grew a lot, and there were challenges but the things we work hard for have the most meaning in our lives, so I’m thankful. It went longer than expected yet ended so soon. I’ll always have a special place for Teen Wolf in my heart, and I’ll miss being Kira Yukimura.”

There has seen a huge movement on the lack of diversity in Hollywood, which saw actors, including Will Smith, Jada Pinkett Smith and Spike Lee, boycott this year’s prestigious Oscar awards and with the hashtag trending, #OscarsSoWhite. While the media focused mainly on the lack of representation of black people, other people of colour in the industry, also voiced their frustrations on social media. Constance Wu has been one of the biggest advocates to speak out against Hollywood’s whitewashing of Asian actors in film and television. 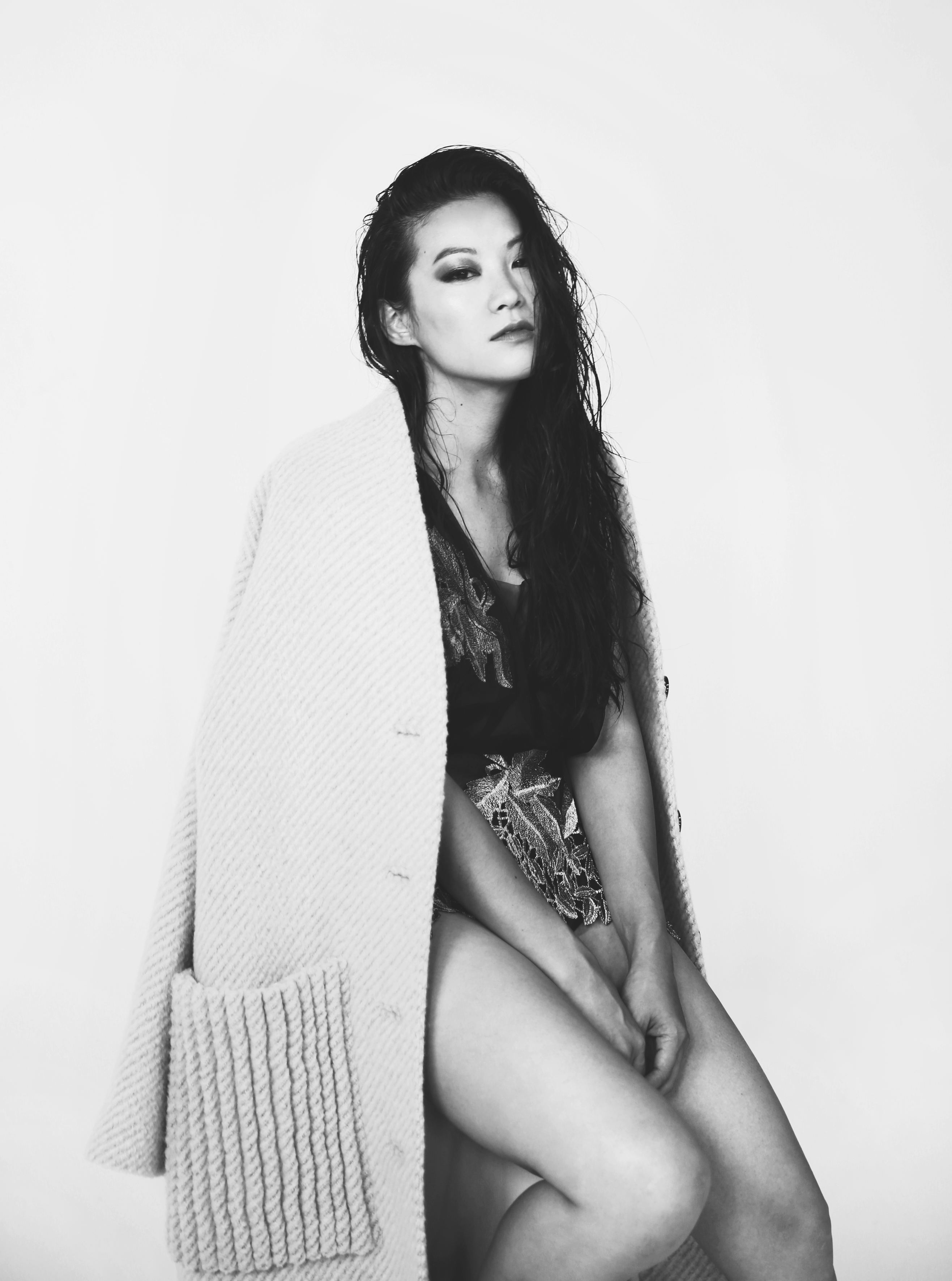 I was interested to find out what Arden’s journey has been like as an ethnic minority in the entertainment industry and what she thought of the movement.

She explains, “The movement excites me, and I’m so happy to see actors and creators stepping up and speaking out. It’s refreshing and inspiring, so I’m working to do my part as well. But overall, I’ve always been frustrated with the lack of diversity and the representation of Asians in the media. Growing up, I wanted to see people that looked like me, and I wanted to feel like I could relate to my favourite characters on television or in the movies. I guess that’s one of the many reasons I’m here today.”

“The entertainment industry in itself is very competitive and challenging and on top of that as a female and a minority we face even greater obstacles. But instead of complaining about the prejudice and unfair treatment, I try to focus my energy on being a better actor and a better artist. That’s something I can control. Focusing on the negativity can be overwhelming, and we already face enough rejection and discouragement as artists.”

“At least for myself, I believe if I can work on great projects with good content and have the opportunity to bring to life three-dimensional characters, that will create change in the way minorities are viewed. I hope I can be a part of this movement and continue having the opportunities to work on projects that show a better view of what the world looks like; diverse and colourful.” 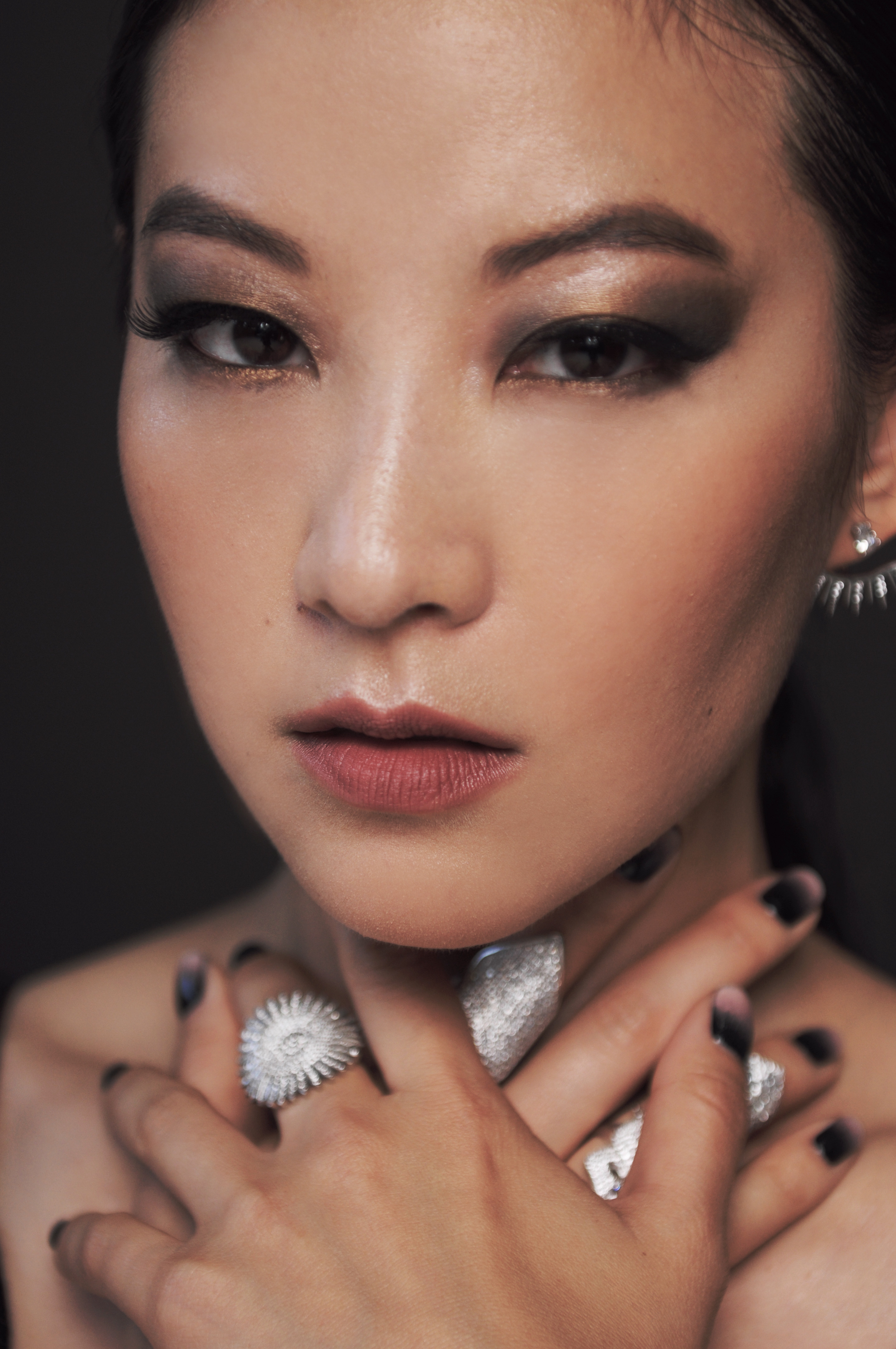 In an industry that is so hard for ethnic minorities, I find it incredibly refreshing that Wong Fu Productions, an Asian film-making group, having created opportunities for Asian Americans to showcase their talent. Their YouTube channel has a huge following of 2.8 million followers and 440 million views.

As one of Arden’s first film roles, she was cast as the lead in their 35-minute YouTube film, Agents of Secret Stuff. The short film has since had over 31 million views. I asked Arden what it was like to work with a production company from an Asian background.

She tells me, “Seeing stories with Asian leads and Asian love interests is an Asian actors dream! It’s great not to be the “friend” or the “background” of a story. The stories don’t just focus on our ethnicity, but our characters as people and I think that’s what makes a difference. I know a lot of young people look up to Wong Fu and I consider their work to help the movement of showcasing more Asian American faces in entertainment.”

Another obstacle for an Asian person to go down the creative path can be their parents, as they often want their children to go down the academic route, with money being the indication of success. As someone who can relate to this, I was curious to discover whether Arden’s parents were supportive of her moving to LA after graduating in Psychology. She reveals, “This is quite a long story, and it took many many years, but eventually they were supportive. If you want to do something you’ve got to work hard and be resilient, no matter how many naysayers there are.”

“You must believe in yourself you’ve got to give it 110%. We had a lot of battles along the way, but I know it was just because they worried about my future and were afraid it would be hard. But they were right; it was hard, and it still is incredibly difficult. But going into the arts, it has to be for the love. There’s no security, very little money and no stability. But if you love it, it’s worth it. Once my parents realised, I understood the sacrifices I was making and wasn’t just chasing fame or money they were supportive. ”

Not only is Arden a talented actress, but she is also a talented musician and entrepreneur as well, having trained in both piano and cello. Nowadays, Arden focuses much more on her singing, previously releasing an album and regularly posting covers in both English and Korean on her YouTube channel. Likewise, Arden’s entrepreneurial venture lies in her watch brand, Leonard & Church, which offers great quality timepieces that are affordable. She founded the company with a few friends, with the name Leonard & Church, paying homage to the city that brought them all together, New York.

She states proudly, “We all work collectively on the designing process, and it’s a very hands-on process. I’ve always loved fashion and have a soft spot for watches especially. I think everyone needs to wear a watch; it’s not just a fashion accessory it’s a necessity. Yes, it pulls together an entire look and makes you look incredibly chic. But it’s also bad etiquette to check the time on your phone during a meeting or even in class if you’re a student.”

Arden’s involvement in the company stems from collecting luxury watches over the years but doesn’t believe you need to overspend to look or feel good. She explains, “We are partnering directly with leading watchmakers to design high quality, stylish watches that are still super affordable. Essentially cutting out the middle man and being honest with consumers.”

“It’s a challenging venture, but I believe in our company. I’m proud of the quality and the designs we create. We now offer free shipping worldwide and recently launched a beautiful pocket watch.
I’m anxious to release our new line of automatic watches as well so looking forward to that!” 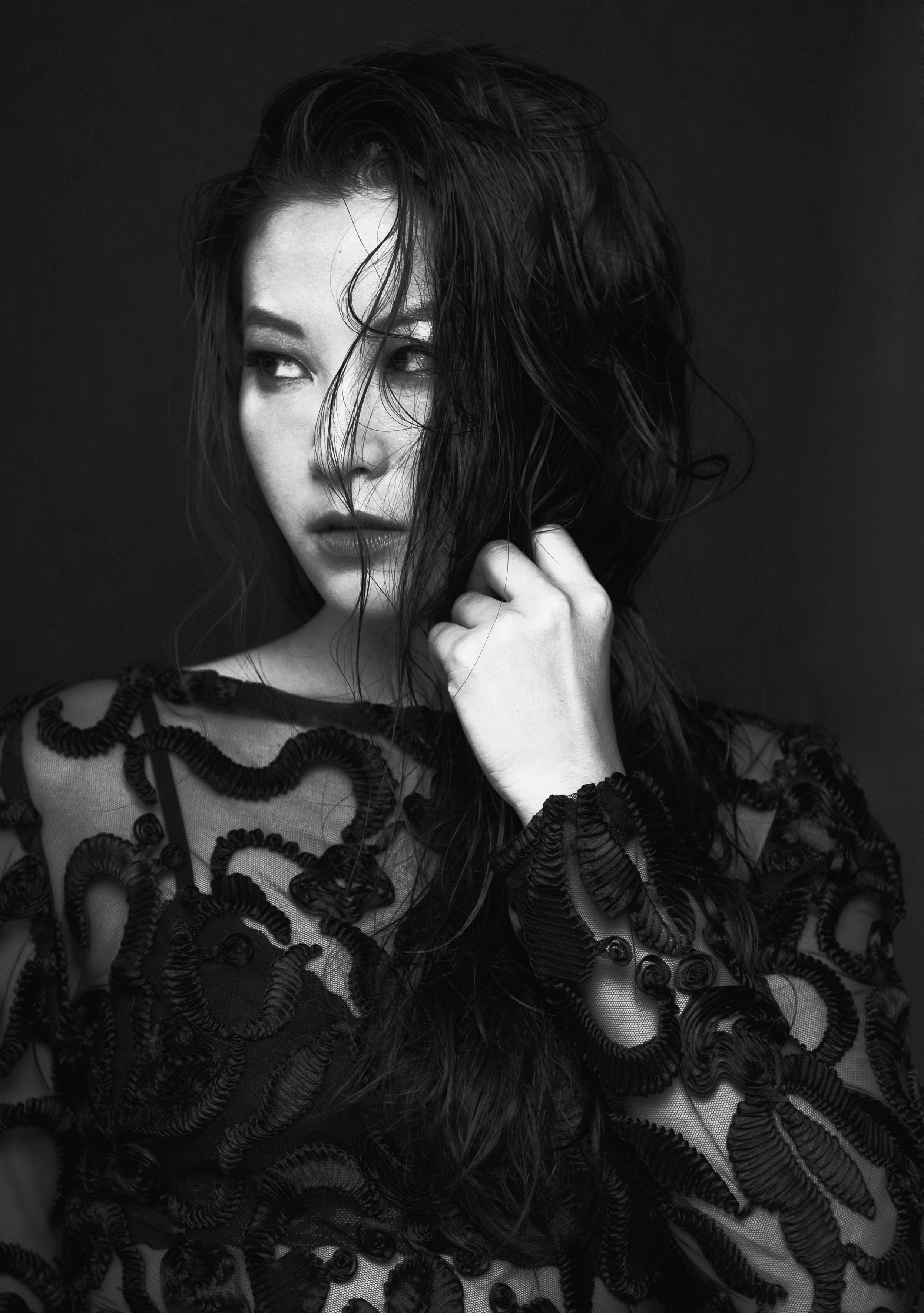 I wanted to be like Whitney Houston or in the CIA.

Be happy with who you are and don’t try to be someone else. Don’t be afraid to be yourself.

Relaxing at home with no work and spending time with friends, family and loved ones while being disconnected! No wifi or cellphones, please.

I’m currently in Korea working with incredibly talented artists in the music industry. It’s something we talked about doing for years, and we’ve finally found time to do it. I’m learning a lot, and it’s a dream project so I can’t wait to share it.

A Moment to Remember, one of my favourite Korean films.

If You Want Me To by Ginny Owens

Probably at home in bed, that’s past my bedtime.

I LOVE food. I could eat six meals a day; it’s not healthy, and it’s glutenous. I’ve been trying to be healthier and work out more but luckily work keeps me in check, but if I wasn’t working, I would be a couch potato. I also love bingo watching Dramas; it’s dangerous. I fall off the map for a couple of days when this happens.

As a loving and hardworking daughter, a kind and reliable friend and hopefully also as a good wife and mother if I get the opportunity.