Twice Michelin-starred Chef, television regular, restauranteur and author: Atul Kochhar is one of the most celebrated Indian personalities in the World. His London restaurant Benares has held a Michelin star for over ten years and appearances on popular shows such as Saturday Kitchen, Great British Menu and Masterchef Goes Large have kept him firmly in the public eye, where he more than deserves to be. His outstanding contribution to the culinary profession has even earned him an Honorary Doctorate from Southampton University. Not many people can boast that on their resumé.

A few Thursdays ago, we were invited to attend the launch of Atul’s newest book, 30 Minute Curries, in the company of his closest staff, family and friends – including Masterchef Champion Ping Coombes and Yes Chef winner Chris Baber – at the sensational Gaggenau Kitchen Showroom on Mayfair’s Wigmore Street. Safe to say, I hadn’t quite prepared myself for just how incredible that evening would be… 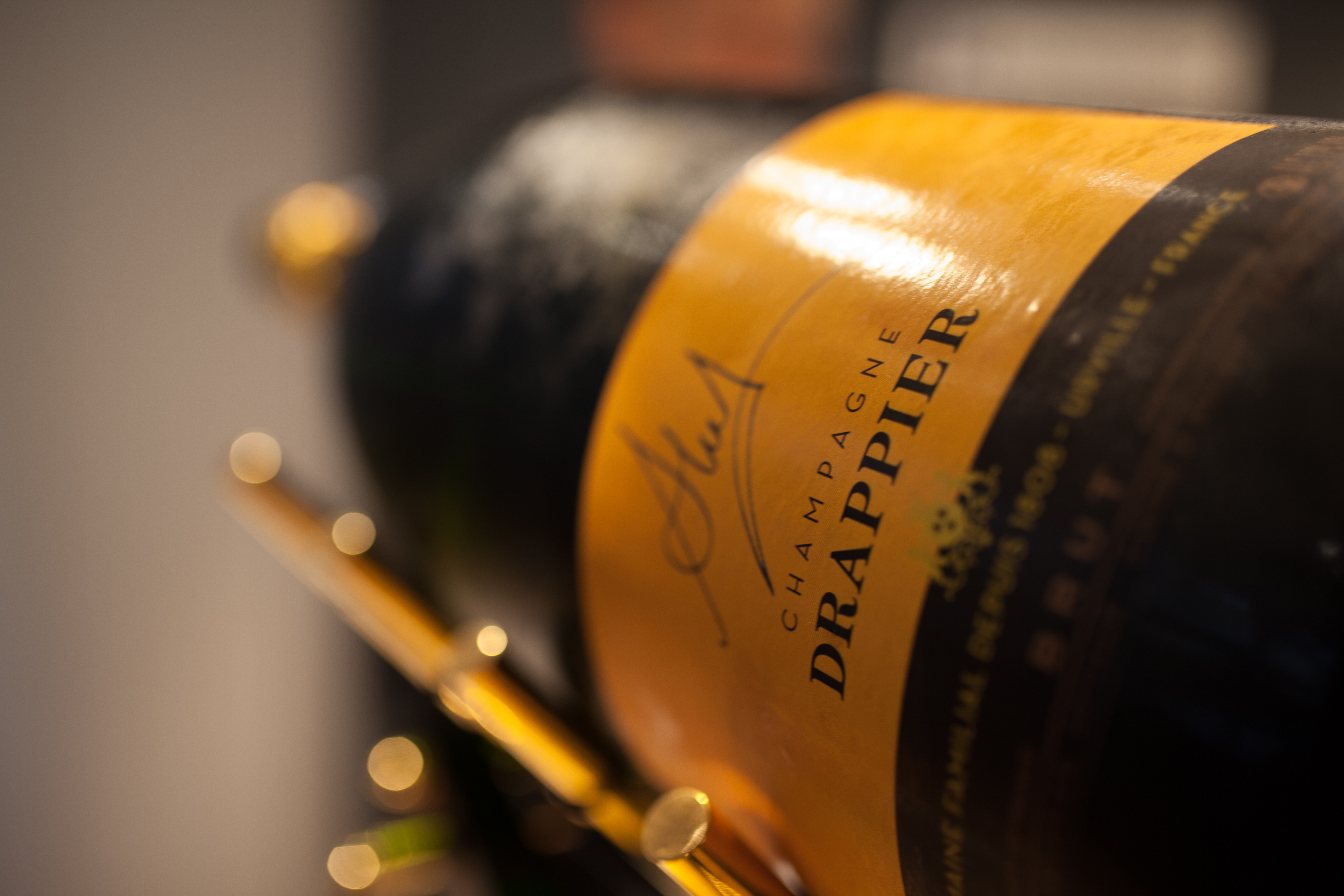 We arrived early on in the evening and the bespoke showroom was already heaving with people that had come down in support. Meandering our way through the space we passed vibrant spice boxes full of fragrant, aromatic scents that wafted around the venue and an impressive, enormous bottle of Champagne on a tilting decanting cradle operated by a large brass twisting lever. In that moment, it became clear that Atul wasn’t just launching a new cookery book, but also a personal collaboration with Drappier Champagne with that huge bottle bearing his unmistakable signature. It would have been rude not to have a glass or three!

As the canapés began to emerge from the downstairs kitchen, we appreciated the light aromas of Atul’s Drappier fizz much more. It paired so perfectly with the strong, spice-led flavours of the curry canapés and neither food nor drink stole the show from each other. Rather, they worked harmoniously together and Patrick, Benares’ Head Bartender, suggested adding Lychee Liqueur to the bubbles to create something a little sweeter if the spice became too much.

With the fantastic canapés coming to an end, notably including a Green Basil Tikka which we couldn’t get enough of, Patrick introduced another drink into the mix. With Vodka as its base spirit, a kick and a flourish of vibrant colour was provided, shaking in fresh lemon, homemade roasted coriander and cumin seed syrup and fresh ginger before being garnished with a deliciously moreish candied red chilli – a perfect companion for the evening’s main event. 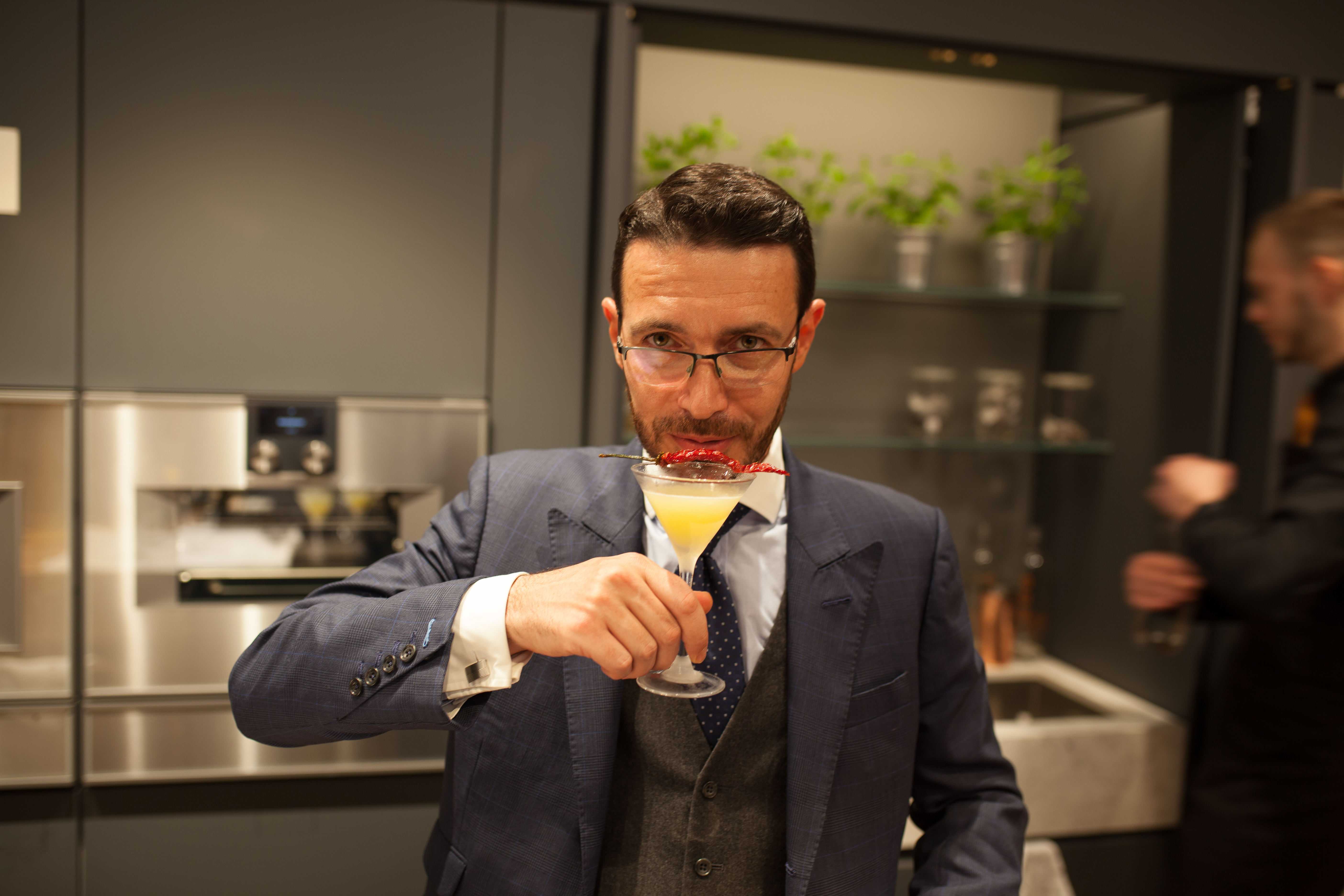 With a stainless steel serving utensil in hand, Atul tapped the side of his Champagne cocktail getting everyone’s attention in seconds. The way he commanded the space was enviable, almost as if it were his own Benares kitchen. Introducing Jon Croft of Absolute Press/Bloomsbury Publishing Plc, he spoke of him not as a publisher but as a true and dear friend, and the way Croft spoke in turn was greatly moving.

“The moment I met Atul, I decided that life would be a lot better if I could work with people that I admired, loved and was fond of”, Jon told us, crowded round an exquisite Gaggenau island: “Atul is one of my favourite authors – he has the great good grace to be able to write very well; his knowledge of food, his kitchen, his restaurant, his history is incredibly impressive, and he has got great humility for a person who tells you he’s the best in the world… He’s a very humble chef and he hasn’t got a lot to be humble about – he is extremely talented”.

“Atul has now done four books for us, and he’s about to do a fifth – which we’re thinking might be chicken”. The showroom filled with laughter as Atul interjected: “Or the egg”.

Croft continued: “30 Minute Curries is a book of recipes that everyone can do (and we tested them all) – [Atul] did them in front of a video, Susanna cooked them and Bev who edited the book had to make sure they could all be cooked in 30 minutes or less”. He joked: “Jamie Oliver’s recipes in thirty minutes all take 45 minutes to an hour!” 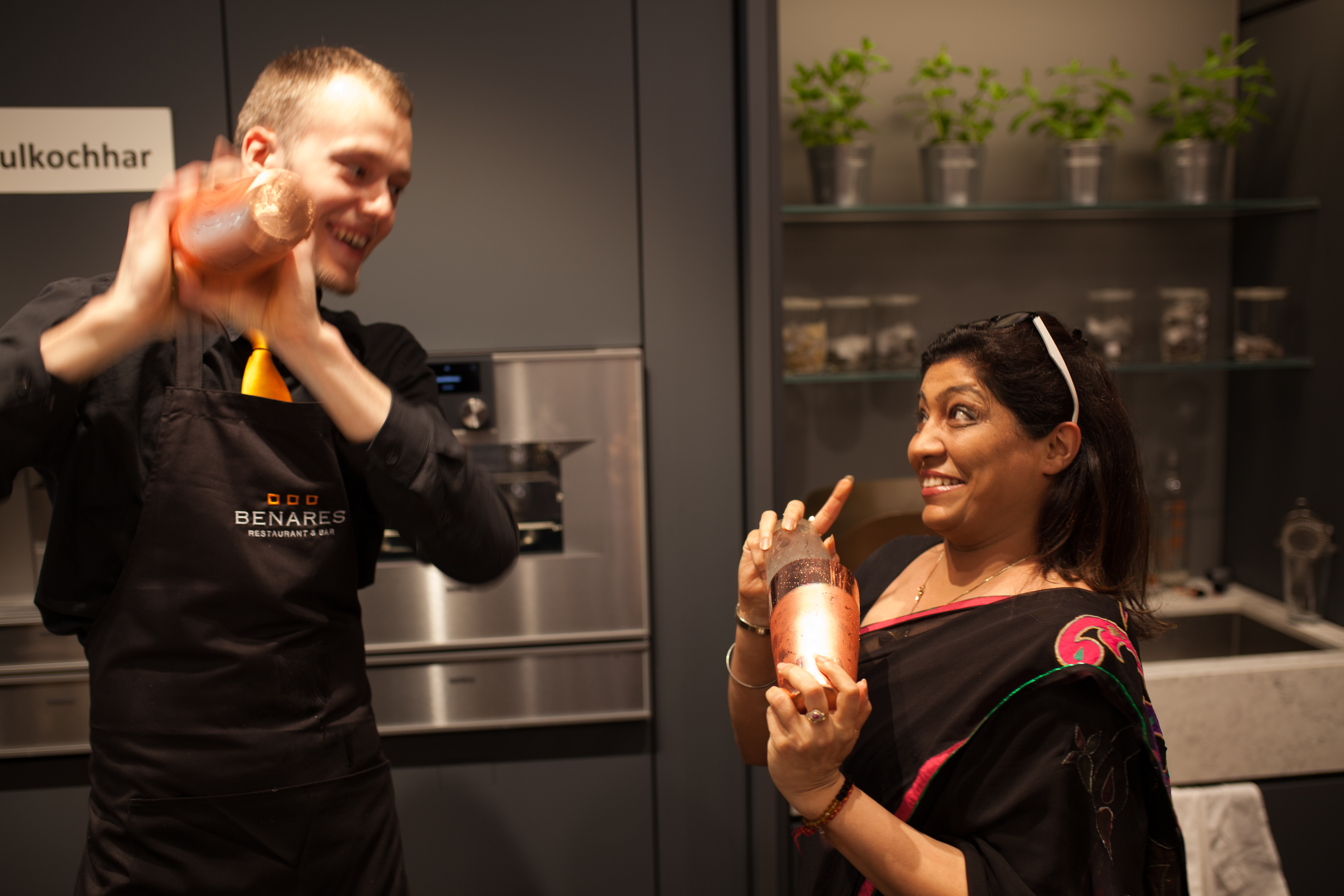 “In this case though, it does what it says on the packaging: Curries that can all be done in thirty minutes, created by one of the great Indian Chefs, one of the great Indian cookery book writers and I am so glad to have him with me – I can’t think of another author I’d have broken my holiday for half way through, who then tells me I can’t cook on this magnificent oven!! Anyway, over to you Atul. Make sure this is all cooked in under thirty minutes!”

As Kocchar began to speak, the great passion and even greater values of this incredible chef flowed eloquently around the Mayfair showroom.

“I actually asked Jon when I wrote the Benares Cookbook – and honestly if you have not tried those recipes I recommend do try because it takes a least a day or two to cook them up!”. The room filled with laughter once more before Atul declared: “It’s true! You need an entire kitchen brigade behind you to pull most of those recipes off – a lot of people have told me they’ve tried and I’ve almost wanted to hug them and say ‘Well done, my friend, well done’… But I really wanted something that we all can enjoy so I came up with 30 Minute Curries”.

“I immediately started working on it but I didn’t want to write because writing takes so long. So a friend of mine said ‘Why don’t you record it? You work with TV all the time so why not do that?’ And that’s exactly what I did because I’m a good cook and I can cook fast, so I decided to throw everything at this book and learn, and also write”.

“I always say that if you want to cook Indian food you’ve got to know your onions, and this is so true – Indian food cannot be cooked without onions and if you can master how to cook them, then you can achieve these or any Indian recipe to be honest, and that’s what this book tells you”. 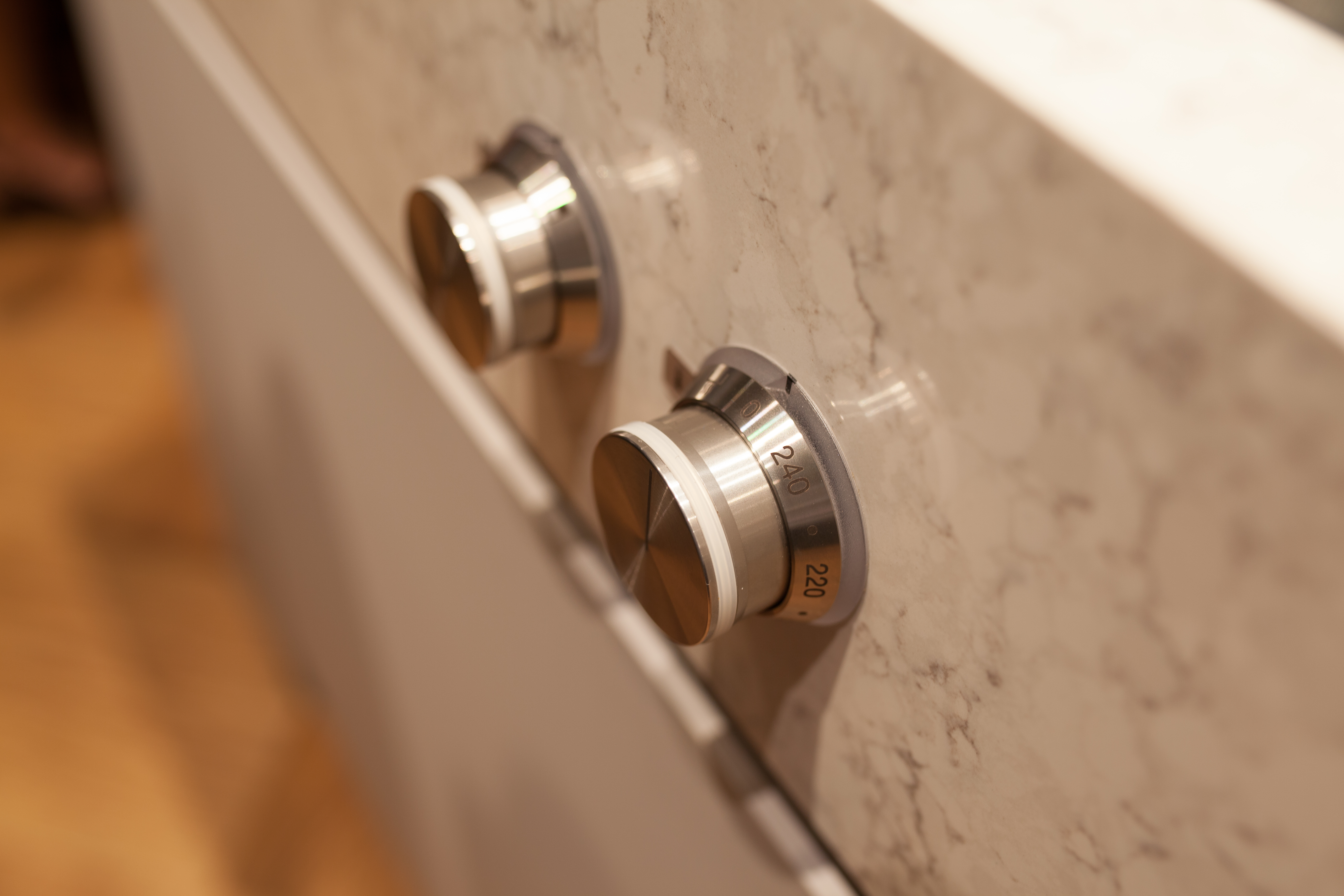 The first few recipes turned out to be disastrous for Atul, but that wasn’t to say that he would just give up – that mentality doesn’t exist in him. Rather, he looked to those around him for help: “I watched my mother-in-law who lives with us – I watched how quickly she could put whole meals together and she’s tiny, tinier than my little son, but she’ll put four or five pots and pans out any cooks a meal in no time, and I thought that was genius. Then I realised that she uses a brown paste”. Kocchar paused: “I didn’t know what brown paste was at first, it tasted nice. But then I figured out that it was actually onions, she was cooking onions down – the whole house smelt of them… I’d take a holiday when she cooked onions”. He continued: “I took that paste from her and perfected it (the recipe is in the book). I roasted onions and then cooked them down with ginger, garlic and a little spice – through this, you cut a good 45% of the cooking time! I’m going to use this paste to make you a chicken curry tonight… You can time it if you wish but I will definitely be much less than 30 Minutes!”

As he cooked, Atul thanked his family for all their help and support, with particular regard for his son: “Working on this book, I also took family help which came in the form of many people: my stoic wife without whom I couldn’t do anything in this world; my lovely daughter who came and helped and tasted my creations giving strong comments in return which I had to take on board; and then my little son who is here and was being a very finicky eater! He gave me advice about how little people think and how they want to eat, so this book is suitable for children as well. He came up with some very fantastic ideas about how broccoli and carrots should be used and how you should always mask the peas in a curry”, he said as an enormous smile emerged on his face. “Those green bits should not be seen. Thank you. Thank you very much, my son”. 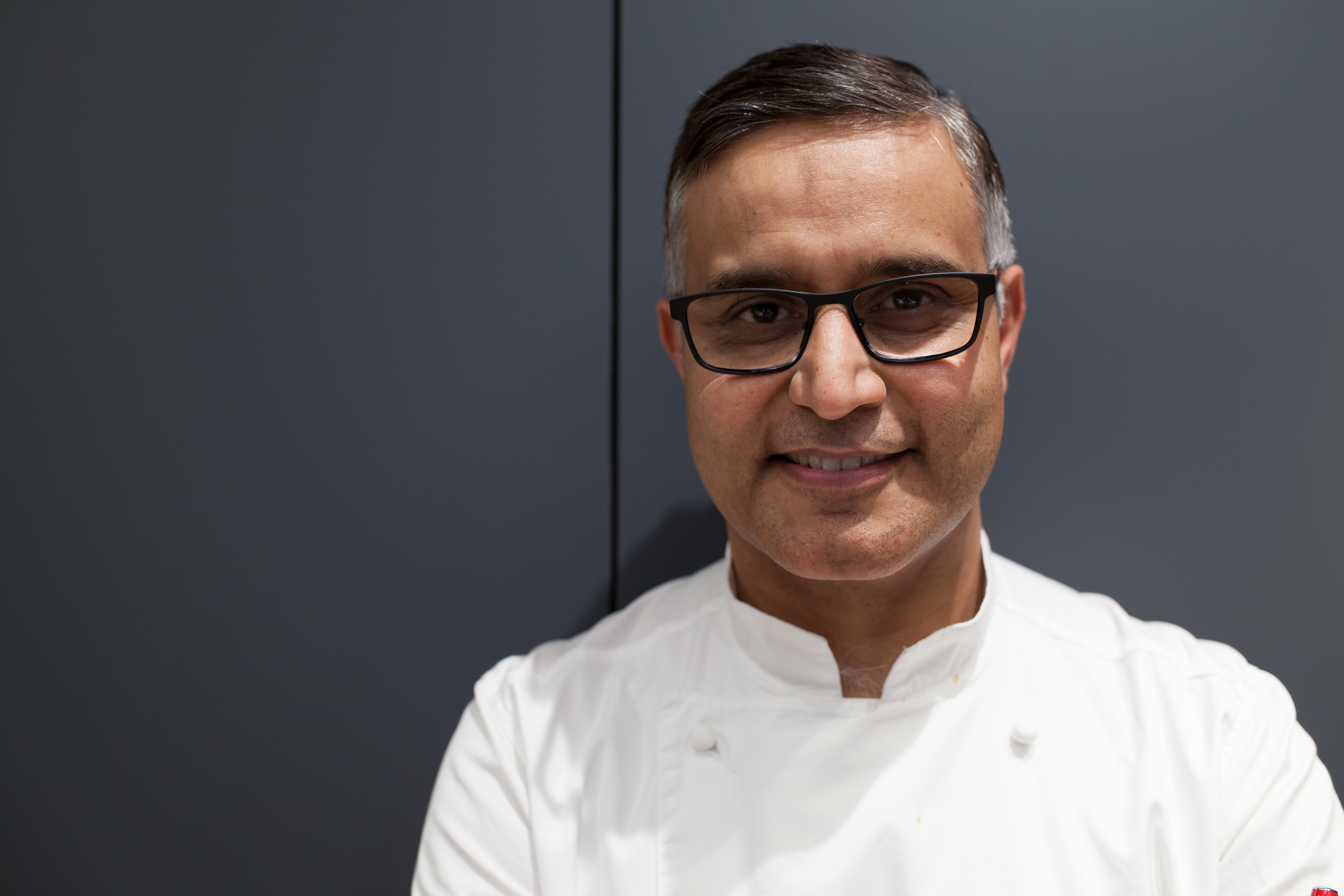 Atul Kocchar is far more than just a chef. He is a personality, an inspiration and a much loved friend, husband and father. 30 Minute Curries is a testament to this phenomenal chef and the people who surround him. Pick up a copy today, make up a batch of that delicious light brown paste and treat your nearest and dearest to a fine Indian feast. 30 Minutes has never been used so well.