Backstage with One Night Only 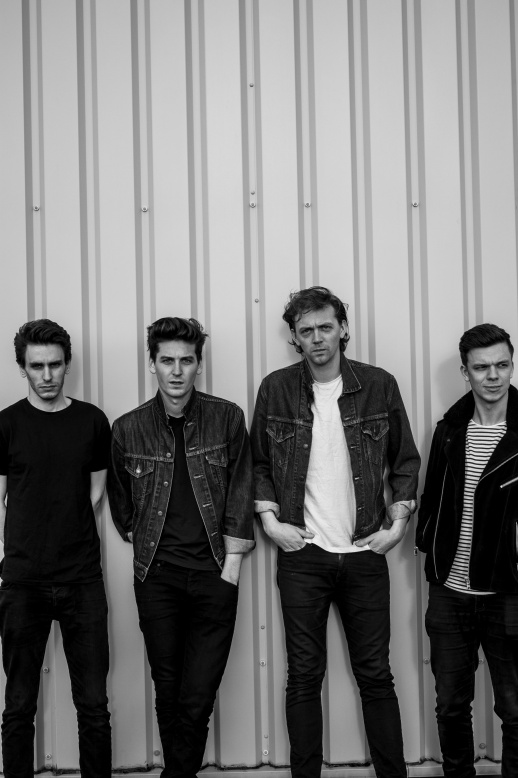 The Borderline has an undeniably rich history. It has given both emerging and established artists a platform for many years. Thousands of iconic musicians have graced its stage, from Lenny Kravitz to Ed Sheeran, but tonight was all about One Night Only.

The Borderline was completely sold-out. I made way down the narrow staircase and could see a sea of people, their eyes fixated on the stage. The band had got well into the swing of things and were performing their new track ‘If You Get Around To It’ to the delight of their audience.

It is an epic monster of a song and references a tragic romance. It features an infectious riff, soul-shattering vocals courtesy of frontman George Craig and provocative lyrics, such as ‘run and fuck my friends if it helps you sleep’.

It is always particularly nerve-wracking for an artist to perform new material to an audience that have predominantly come for the old stuff. This was even more fundamental for One Night Only, their sound has undergone a complete transformation since their last self-titled studio album was released in 2010.

The bands new sound is more powerful, soulful and more sophisticated than its predecessor, it is far richer and possesses a sincerity and wisdom, which can only come from the five years of experience they have had since their debut.

George Craig in particular, seemed to have a newfound confidence and energy, which could be heard through his tenacious and high-octane vocals.

Their new sound certainly doesn’t ride on the coattails of their old records. It has matured from indie rock to a hypnotic combination of synth, funk and soul. It is not only their music which as been transformed, they have had an aesthetic overhaul too. Exquisite suits and infectious smiles have replaced their skinny jeans and indie scowls.

However, some things never change and thank god for that. George thrashed about on stage in his black polo neck and electric blue suit, with more charisma and magnetism than most frontmen possess.

It was a sheer delight to see the audience embrace One Night Only’s new music. However, their old music was still met with a wave of emotion. A group of young girls in the front row simultaneously burst into tears as George performed an intimate acoustic rendition of ‘You and Me’.

The crowd roared with delight as George scraped his hair out of his eyes. His cheeks were flushed pink and his eyes were alight with passion.

He caught his breath, then said sincerely: “Thank you, that was fucking brilliant.”

One Night Only was formed back in 2003 and since then the band has released two successful albums and performed all over the world. It is hard to believe that after over a decade, they are still only in their early twenties, with frontman George barely 25-years-old.

Fashion Editor Jay Best and I nursed our vodka’s in a relatively quiet corner. We watched as the boys greeted a long line of fans, which had formed an orderly queue at the back of the venue. Dozens of selfies and autographs later, the bands tour manager plucked George and Jack away from the adoring crowd and gestured for us to follow them to the production office at the back of the venue.

It was a very intimate space and as we sat opposite one another, we were almost knee-to-knee. Music could be heard thumping from outside the room, which only added to the adrenaline that exuded from the boys, their faces still flushed and slicked with sweat from the stage. 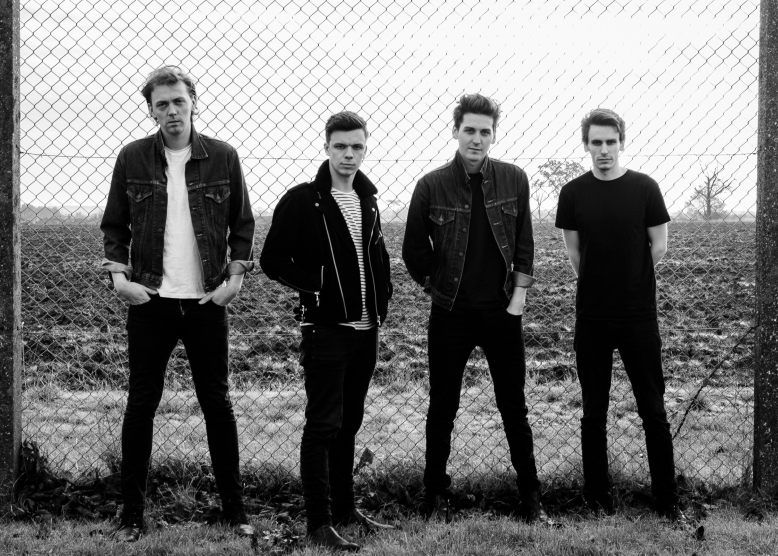 I congratulated them on a truly phenomenal show.

A smile crept across George’s face, he said: “I just got a text from a friend of mine, that said that we had smashed it. I really didn’t expect that, so it made tonight extra special for me.”

Jack added: “For the first time in ages, I have really good, solid, warm feeling. It is all very emotional.”

George smiled again and run his hand through his slicked quiff. He said emotively: “On one of the tracks, everyone was singing along and I thought ‘shit this is why we do it’. It’s been a struggle the past few years, but tonight is what it’s about.”

I have been a great fan of One Night Only since their debut ‘Started A Fire’ was released in 2007. I must admit that it was somewhat of a teenage dream to finally see them live and discuss their music with them in person.

I revealed this to the boys and they both laughed sweetly and shook their heads in disbelief. I told them that the new energy they had was so refreshing to see and everything about them from their sound to their look, felt so different but so right.

Jack smiled and said: “I don’t want this to sound like we are ungrateful but I think that first time around, we were jus too young to know what was going on. All of these surreal things became normal, like having our own tour bus.”

He laughed long and hard, then added: “In hindsight, it was crazy. I remember complaining about the silliest things. Essentially we are at a point now where we have had it all taken away from us. So thinking back on how we used to be and what we used to rant about is so ridiculous. I wouldn’t change it though, we had some really good times.”

George nodded in agreement, then said frankly: “Honestly, it feels different to me too. It’s strange to say this after all these years but it feels like we are learning how to be a band for the first time.”

He added: “Back in 2006, we had one song on MySpace, then suddenly boom we had £1m. It was all really fucking easy then but now we are completely back at square one.”

He added frankly: “We are funding everything and roadying ourselves but for the first time, it feels like we are doing things properly. This is the most fun, we have ever had.”

George ran his hand through his hair and said frankly: “Honestly, we got thrown in the deep end first time round. We didn’t have a lot of understanding of what was going on or who we were as people.”

He added: “We were thrown into this strange life and never really got to live our teenage years like most people do. It could’ve fucked us up but we came out of it alright.”

Jack nodded, he said: “Looking back we really didn’t appreciate all the glam and easiness of it. This time round, it is different, we appreciate everything a hell of a lot more. What we are doing now is the best bit, everything feels real and raw.”

There was an undeniably refreshing honesty about the conversation I had with Jack and George. It is a rarity for a band to wear their hearts so firmly on their sleeves.

George admitted that the transformation the band has undergone was a natural and fundamental one. However, he confessed that it certainly wasn’t easy.

He said thoughtfully: “It’s really fucking great now but we were in a state last year. We weren’t sure if we would be able to pull it together as a band but now I can honestly say that I am so happy we did.”

He added: “We are probably stronger than ever as a team, we will always be there for each other more than ever before because to do this took a lot of balls.”

George thought for a moment, then said passionately: “We’ve all been away for so long. We’ve been making money elsewhere and kind of figuring out whether One Night Only would work again.”

He added: “We parted ways with our label, we sacked our manager and we were in a really shitty place. Looking back, it has made us stronger than ever. So in my head, if we can start all over again, the only way now is up.”

Jack smiled warmly, he said: “It was a big step for us to take, I just hope that people can see and feel that it is genuine. Everything feels cool, I hope it comes across that way.”

I told the boys how incredible it was to see how much fun they were having on stage. They possessed more youthfulness, authenticity and energy then they ever had before.

A smile crept across George’s face once more, he nodded and said: “I’m glad because I totally agree, I could feel the energy, like you said. Tonight was very special for us; there was a great connection. We felt united as a band and felt as though we shared an experience with the audience. When people travel so far and spend money, they are investing in us and that makes it even more important that we give them everything we have.”

He added: “I feel really proud of us as a band because there were moments when we really thought that we wouldn’t make it to this point.”

The future looks incredibly bright for One Night Only. They plan to release a new album in the summer and continue to perform live.

George smiled softly, he said: “I feel like I have learnt to sing again and we all learnt to play all over again. It feels so different this time but it feels right, like this is exactly how it should be.”

George held my hand in both of his and thanked me for my time. I shook hands with them both and thanked them profusely for an incredible show and an honest interview.

We all re-joined the crowd that were still waiting patiently for the band. I watched as the crowd swarmed the boys once more and I couldn’t help but feel incredibly proud of everything they have achieved.

One Night Only may have skyrocketed into success as indie poster boy’s years ago, but their new material solidifies their legacy as incredibly talented musicians. I have no doubt that this is the beginning of something truly great for One Night Only.