Behind the Lens with Photographer Luke Shadbolt 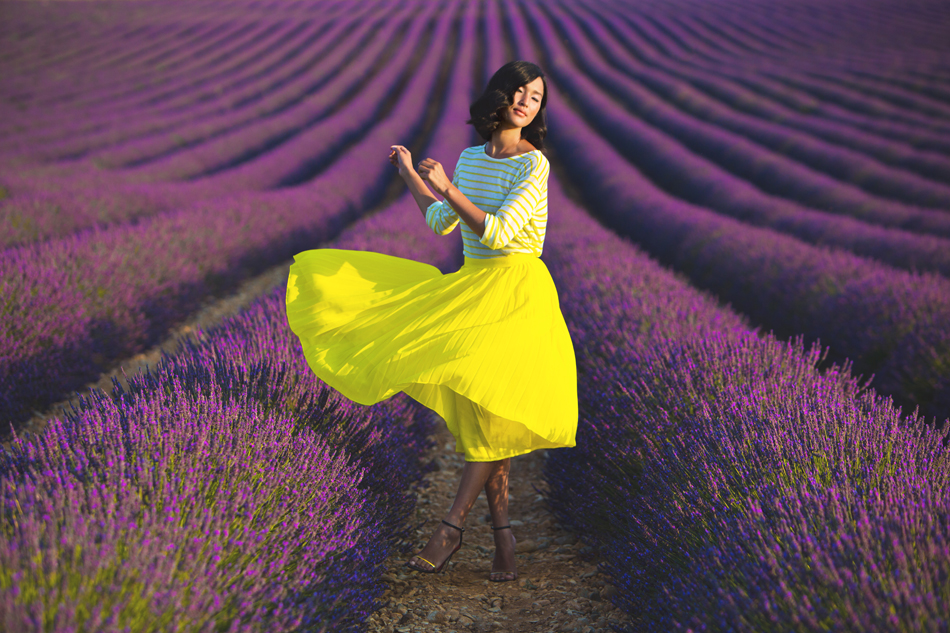 Not only is Luke Shadbolt the award-winning photographer and creative taking the world by storm right now with his breathtaking talent, but he is also the fiancée of Nicole Warne, better known as fashion and travel blogging sensation Gary Pepper Girl.

Luke is a man of both modern and traditional technology; he uses both digital and film to capture his masterpieces. His main camera is the Nikon D810 and he says it is easily the best digital camera he has ever used. “It gives so much detail,” he added.

“It’s a great bridge between shooting fashion or landscape, but still fast enough to shoot surfing or action. I also have a heap of film camera that I play around with, as well as the iPhone, of course.”

He revealed: “I’m not sure when I decided to make the transition, but at some point I was getting a bit uninspired with design work so I quit my job, and took up photography. I was still freelancing on the side to make ends meet, but it was a great way of motivating myself to make it work by jumping in at the deep end.”

Jumping in at the deep end is certainly something that has allowed Luke to share his incredible talent with the rest of the world.

“Photography is a means to an end. It’s the ability to tell a story,” Luke shared. 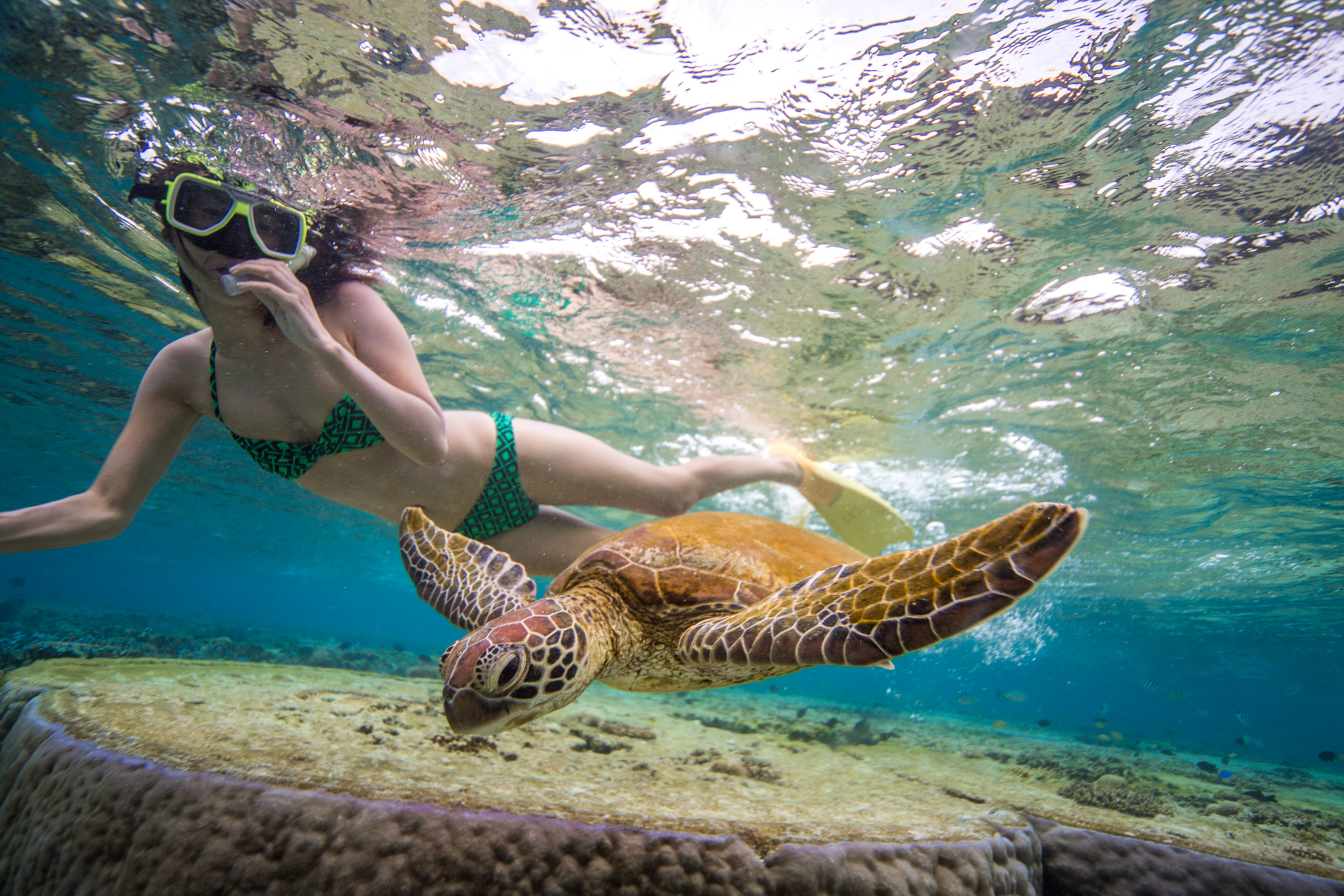 It all began when Luke so desperately wanted to capture the stories he saw when he was in the ocean. There was really no other medium that could capture those moments in real time, which is where Luke’s appreciation for photography began.

“I love the instant nature of photography, which is only exacerbated these days with digital. I learnt photography when it was still all shot on film, but just as digital was breaking through. It gave me an appreciation for the craft that I feel can be a bit lost these days.”

Whilst chatting with Luke I revealed my thoughts and feelings on his photography. I told him how I think his work really showcases how beautiful the world is. “It’s so intimate, as though you’re giving us a peek into a previously unseen world” I told him. When I shared this with him he responded fondly: “That’s an interesting observation. I often wonder how others respond to my work.”

So, what is Luke’s favourite subject to shoot? Of course, it’s what got him into photography to begin with… the ocean. “It is a constant source of inspiration. Anything to do with nature really, even with my recent fashion and commercial work I always love to shoot in some sort of ridiculous, yet complimentary, setting. My recent shoot for Audi Australia saw us shooting out in Parkes in rural Australia in order to capture the giant radio telescope with the starry night sky.” 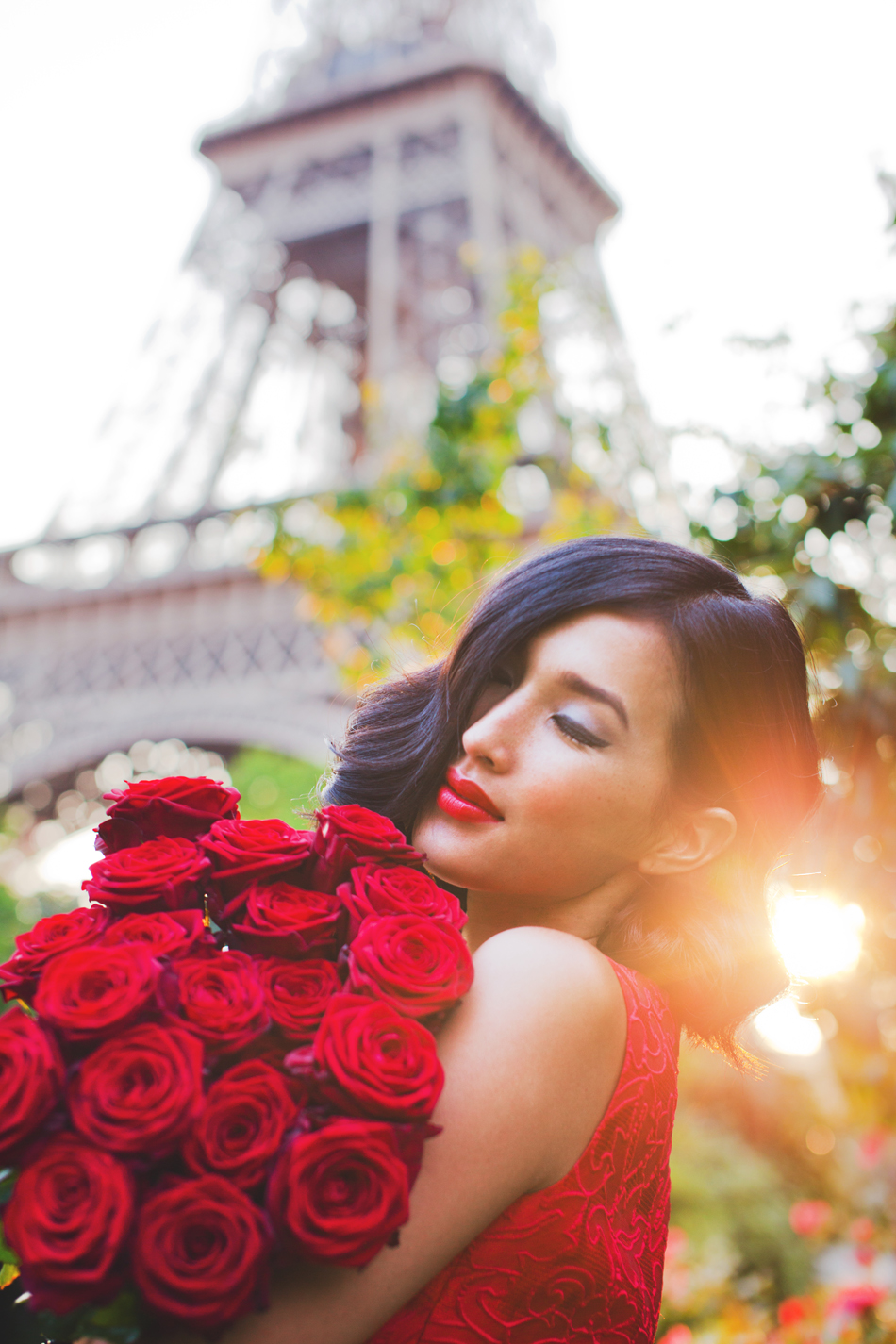 Speaking of fashion, Luke regularly collaborates with his beautiful fiancée, Nicole Warne. I asked him what it’s like to work so closely creatively. He said fondly: “Working with Nicole is amazing, the fact that we get to travel together so often is really fortunate. We have complimentary skills and work really well together, so it makes for a very productive partnership.”

He added frankly: “Saying that, we can clash on jobs, being that we are both perfectionists and very opinionated, or stubborn, should I say. We try to keep a balance these days though, and only work together on selected projects.”

I was eager to know what Luke’s favourite photograph is that the couple have worked on together. “It really is hard to pick a favourite,” Luke admitted. “We’ve been lucky enough to have been on so many adventures together over the last few years.”

“Probably the most intense moment was when we were in Norway. We had hiked five hours up a mountain in sleet and rain, well underprepared, and with unsuitable hiking equipment. About 300 metres from the summit of Trolltunga, the clouds parted and the fog started rushing up the cliff-face, and it made for the most dramatic lighting. We got to see down across the fjord below, whilst perched on a rock jutting out over a 300 metre sheer drop. Nicole sat out on the edge with her legs dangling over, and I was basically trying not to have a heart attack.” 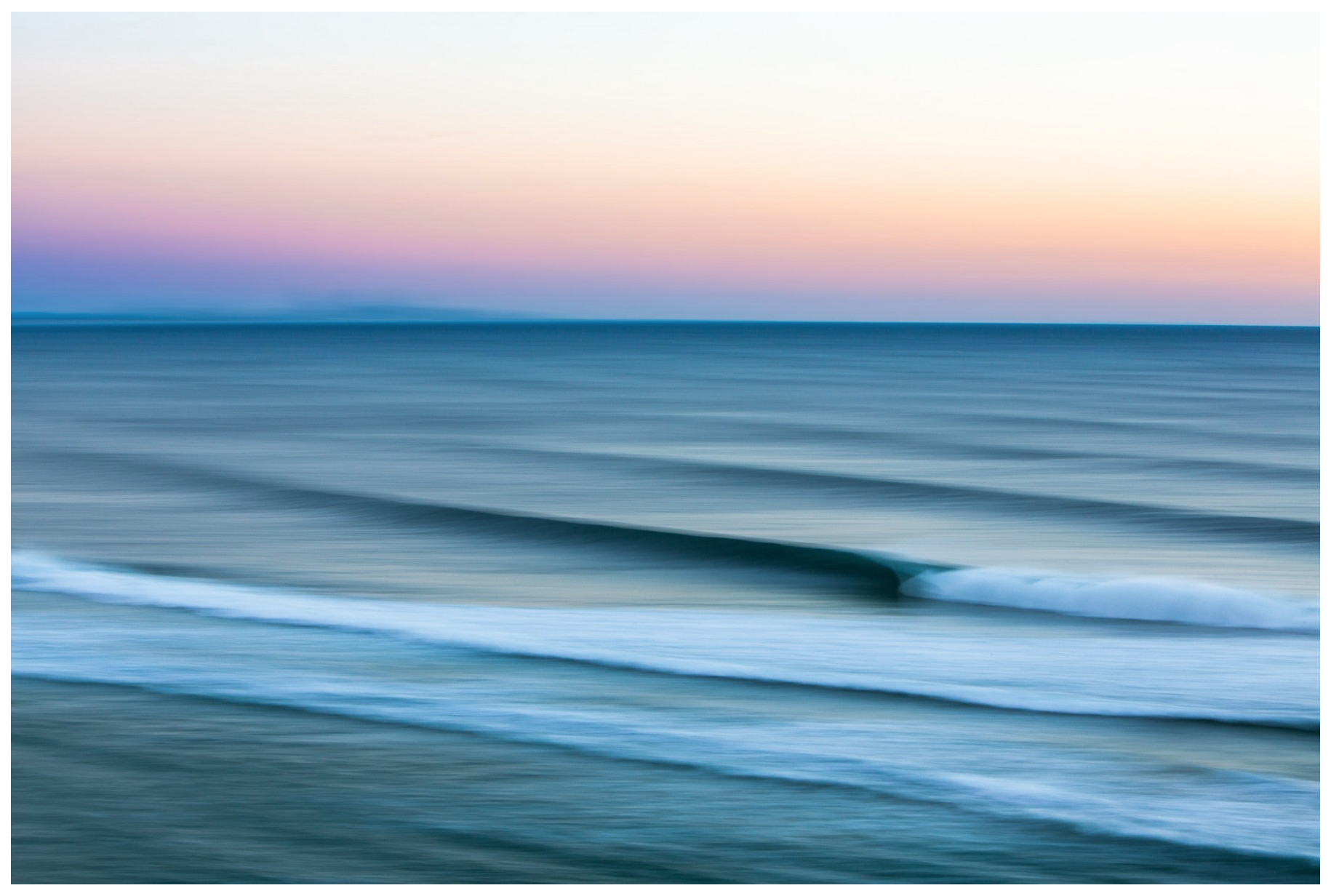 Luke is constantly travelling all over the world visiting extraordinary places, but what has been his favourite place to visit so far? “Every new place I get to explore seems like the new favourite,” he said.

“It’s interesting actually. The most vivid memories are usually from the places that have had the more intense emotional connection, both highs and lows. I lost my passport in Sicily last year, after already dropping my phone in a harbor and crushing my finger slipping over a marbled walkway, and jamming my water housing on top of it. Rule of three’s saw my bad luck run out and I was expecting karma to correct itself.”

He added: “Four days after I lost the passport, two Swedish women that recognized me from my passport photo randomly stopped me halfway up a volcano they had found it on a cruise ship the day before. As they handed it over, the volcano erupted behind them and we all high fived, and it was just this ridiculous feeling. Going from despair to such elation, with all the elements combined.” 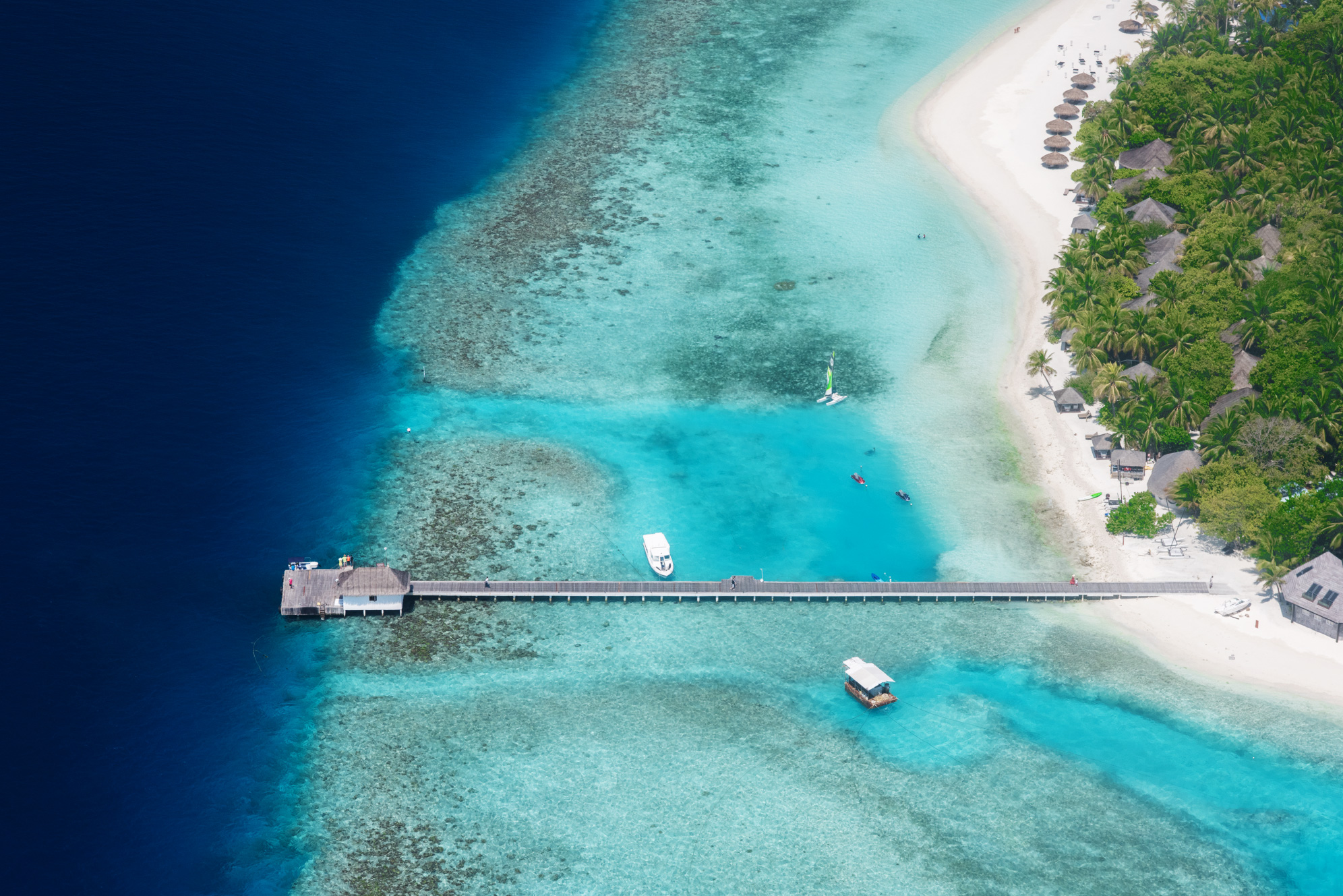 They say every picture tells a thousand words, so I was intrigued to find out if there are any particularly interesting stories behind any of Luke’s photographs that he’d like to share. “They all do!” he cheered.

“But I’ll tell you a favourite. Last year in Switzerland we rented a car for the day and drove around trying to see as much as we could. I really wanted to end the day at a lake surrounded by mountains, so I found a random one on Google and we drove to that.”

Luke continued: “We drove past an army base, complete with men standing out the front holding machine guns. They seemed to look concerned as we drove past, which didn’t help to settle our nerves as the sunset was already upon us and the road was icy and thin.”

He said: “The further along the road we went, the thinner it became. We were on the edge of a sheer cliff, on a road that was only just wider than our tiny hatchback. Nicole was freaking out, but trying to stay calm and I was determined to keep going. We stopped at a driveway to take a photo of a little cottage and saw an odd-looking cartoon sign. It basically showed a little boy finding a bomb in the snow and it detailed to leave the bomb and call the authorities. This did nothing to settle our nerves.”

He added: “We ventured on in any case, finally getting over the other side of the mountain to the valley below and as we drove down the hill, an exhilarating scene opened up before us. The sun had just set, but the filtered twilight through silver clouds only seemed to make the panorama even more surreal. There was no one else around and it felt like we had stumbled upon a Bond villain’s lair. We took photographs for about 15 minutes, the Nicole began to worry that we wouldn’t make it out in our tiny car so we made our getaway.” It has been a wonderful opportunity to speak with the exceptionally talented Luke Shadbolt. To wrap things up Luke wanted to share a few words of advice for any aspiring photographers out there.

He advised: “Learn how to use a camera first. Make sure you understand aperture, shutter speed, and ISO, and how you can use those elements to create a story. A camera is the tool. Understanding how to create an image with it is photography.”

Luke’s passion and work ethic are admirable and we wish him the best as he continues to make the world more beautiful, one photograph at a time. 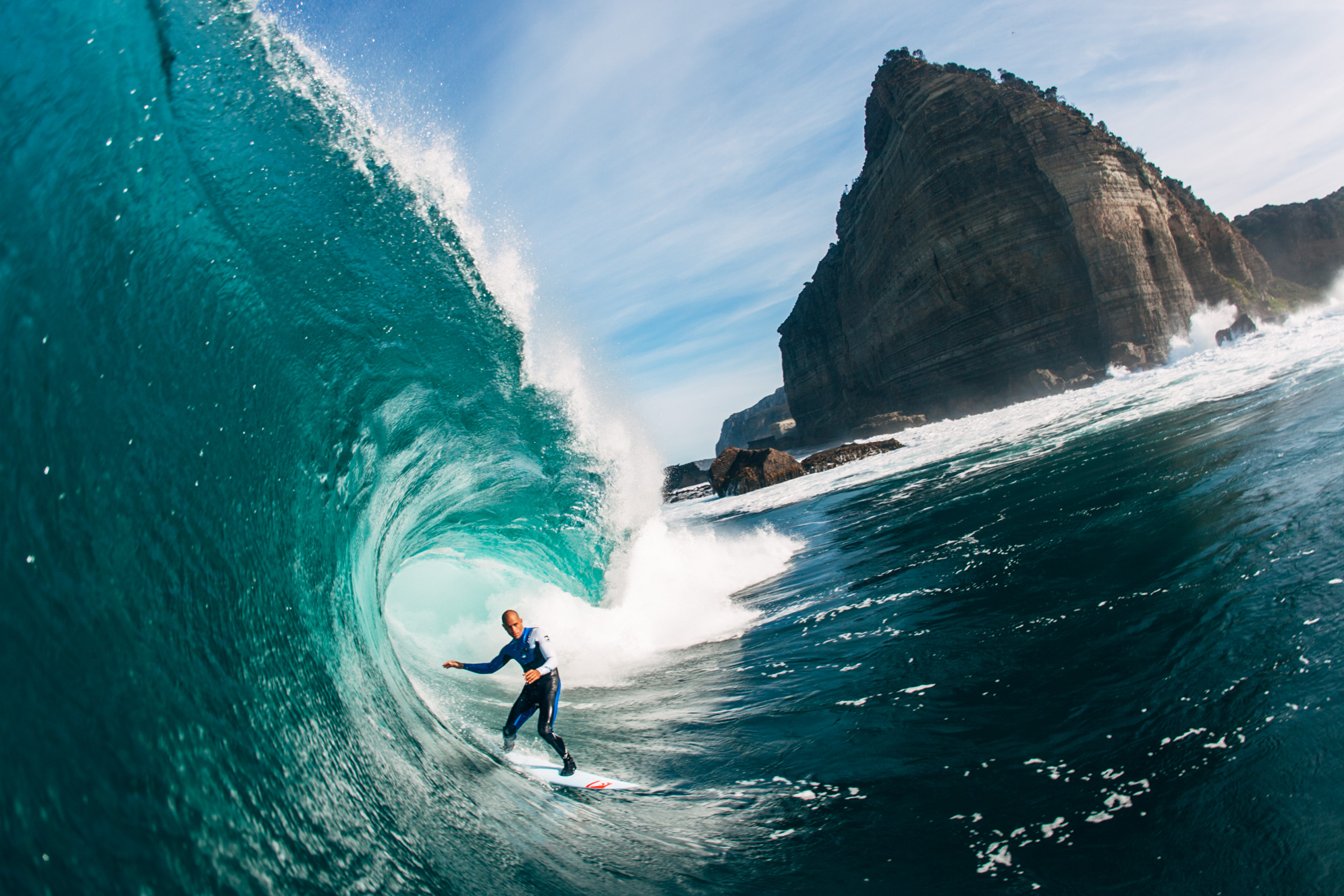