Behind the Scenes: Pegah 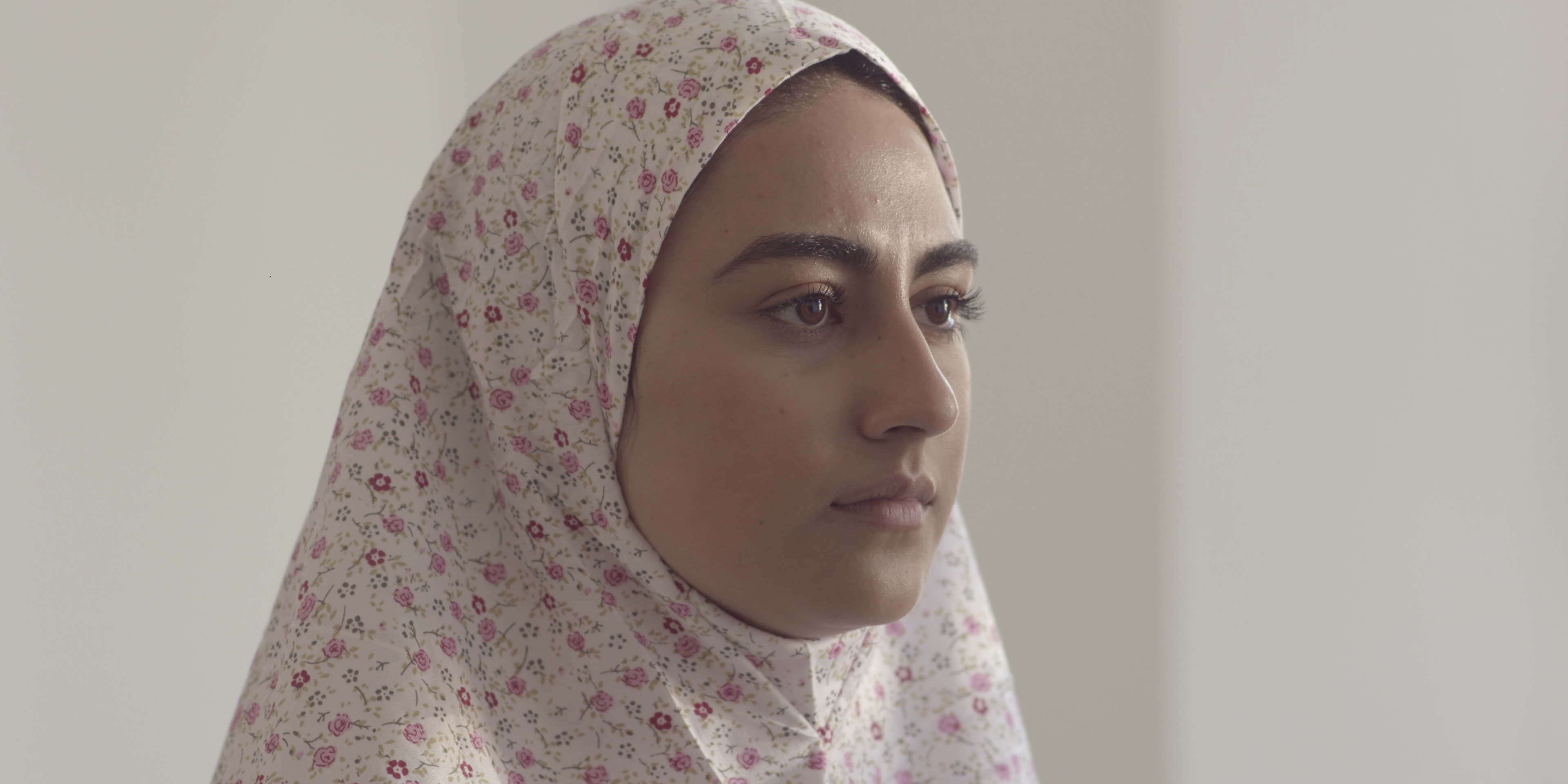 Pegah is a 18 minute cinematic masterpiece written and directed by British-Iranian Director and Screenwriter Javid Rezai. Pegah tells an evocative story set during the summer before university. Pegah is an introverted girl from a traditional Iranian family who finds herself on the cusp of an illicit affair with Ted, her British friends troubled father.

The film is a celebration of youth and multiculturalism in the 21s century. At it’s heart, it feels like a cautionary tale about the consequences in the pursuit of freedom, especially when there is a tug-of-war between traditional values and new-found freedom. Here, Rezai and the critically-acclaimed film’s star Afsaneh Dehrouyeh divulge what happened Behind the Scenes. 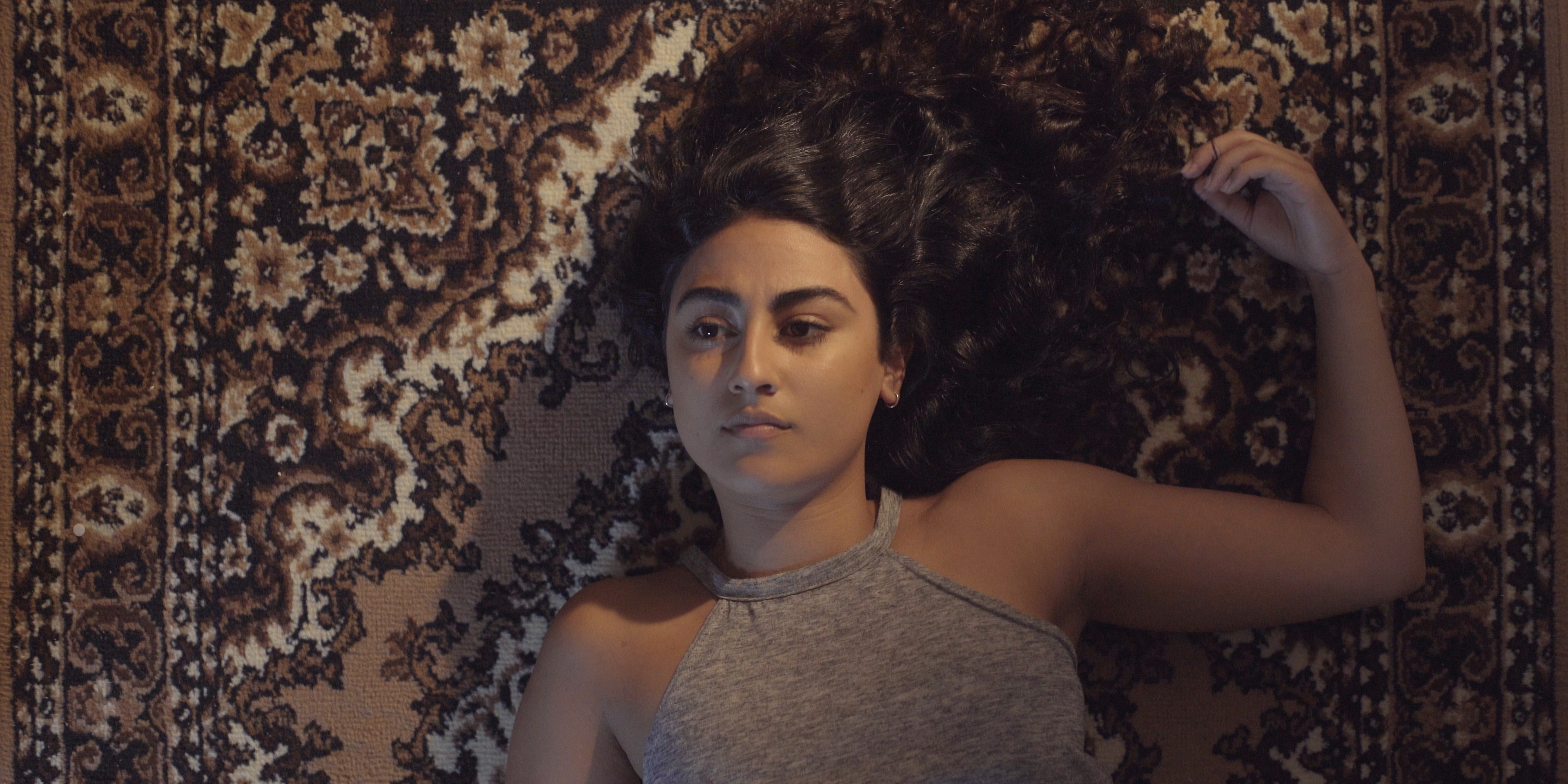 Where did the inspiration arise for the story?

Pegah, as a character, was an embodiment of so many Iranian women throughout my life. I had so many anecdotes from my own summer before university – teen angst, first love, crazy nights – and I started writing all these little stories from Pegah’s perspective, and eventually connected them to create a narrative.

Pegah is caught in a delicate unspoken war between her past and her future, between her culture and the freedom university entices. How relatable do you think this is for young people on the cusp of adulthood and responsibility?

Growing pains are commonplace. I found it difficult at that age to find my footing, and I know so many of my friends did too, so I just tried to tell the story with vehement honesty.

Afsaneh Dehrouyeh’s performance as Pegah was so emotive and captivating, why did you feel as though she would be ideal to cast as Pegah?

Afsaneh embodied Pegah completely. When I first spoke to her about the project, she told me how she related so much to Pegah and her journey. She pulled from all her own experiences as a young Iranian woman to give this performance, and that made it so honest and real.

Pegah shines a light on Iranian cinema, in many ways is bringing it to the attention of a whole new British audience. How important was this for you?

It was very important for me. Traditionally people view Iranian cinema as cinema that comes straight out of Iran, but there are Iranian people living all over the world and their stories are just as ‘Iranian’. I wanted to shine a light on those people too.

For those who are considering learning more about Iranian cinema, are there any films you would recommend?

Saadat Abad by Maziar Miri is one of my favourite Iranian films.

Congratulations on an outstanding performance, it truly was a joy to watch. How did you get involved in the project?

Thank you very much; I’m so pleased you enjoyed it! Javid and I actually met whilst studying at Goldsmiths University in 2010. I knew that he was making films now and then he got in touch to offer me the role of Pegah in 2016. It’s a project he’s been going back to for years and wanted to wait until it felt like the right time to make it. Apparently he wanted me to play her when he met me but I had absolutely no idea until last year.

Do you see any similarities in yourself and Pegah?

Yes, definitely. I actually didn’t do as much character work for Pegah as I normally would when preparing for a role. She turns 18 during the film, but she reminds me a lot of myself when I was around 16. So I thought the best thing I can do to prepare is just bring my younger self to this role. All of the background work is in my past.

The experience helped me to learn that I can trust myself more when I’m working. She is shy, insecure and confused about who she wants to be and what she wants out of life. The rules and values that her parents bring her up with make her feel like a misfit and clash with everything she is surrounded by whilst growing up In England. She loses herself whilst trying to deal with that and doesn’t know where she fits in.

Why do you think this film is important?

I think it’s important because everyone goes through an awkward teenager stage, and most of us have reasons why we felt like we didn’t fit in or belong whilst growing up. It’s common to have a parent or a loved one you respect putting pressure on you and that affects everyone in different ways. You see various ways that it affects Pegah.

At any age, people question and doubt themselves and whether they are really doing what they want to do with their lives. I think the film is also about living- losing your way, making spontaneous and unexpected decisions, learning to embrace the journey and to accept what is. So Pegah is for everyone. I also think the cultural themes are important because people don’t get to watch British films like this every day and exposing the authenticity of what it’s really like being someone with Pegah’s background is important.

There are so many beautiful little moments in it that make me laugh because they are so honest and relatable. I know there will be generations of Iranians as well as many other countries who will watch it and see that too.

Why do you think Pegah was enticed by Ted?

Ted speaks to her and looks at her like she is the same as everyone else in the room when no one else does. He inspires a spontaneous and fearless energy in her and because of her strict and sheltered upbringing it makes her feel more alive than she has ever felt before. I think the more that happens during the course of the film, the more steps she makes towards feeling sure of herself and discovering that maybe she doesn’t want all the things her parents want for her. The culture clash at home becomes more prevalent and this causes the idea of Ted to become an addiction for her because she can escape from all of that and be whoever she wants to be.

What advice would you give to young people who are struggling with their identity, especially in a cultural sense?

You are not as alone as you think you are. Even if you feel like your friends aren’t going to relate or understand, if they are genuine friends then you can still be open with them and talking about it makes a difference. It may feel like you’re trapped and isolated, but that feeling doesn’t last forever and everything falls into place in the end. It always does.

I promise you will grow up to appreciate everything you learnt from it. The culturally related struggles you have now will probably be values you witness as things that make you interesting In the future.