Claudia Oshry: The funny girl behind Girl With No Job 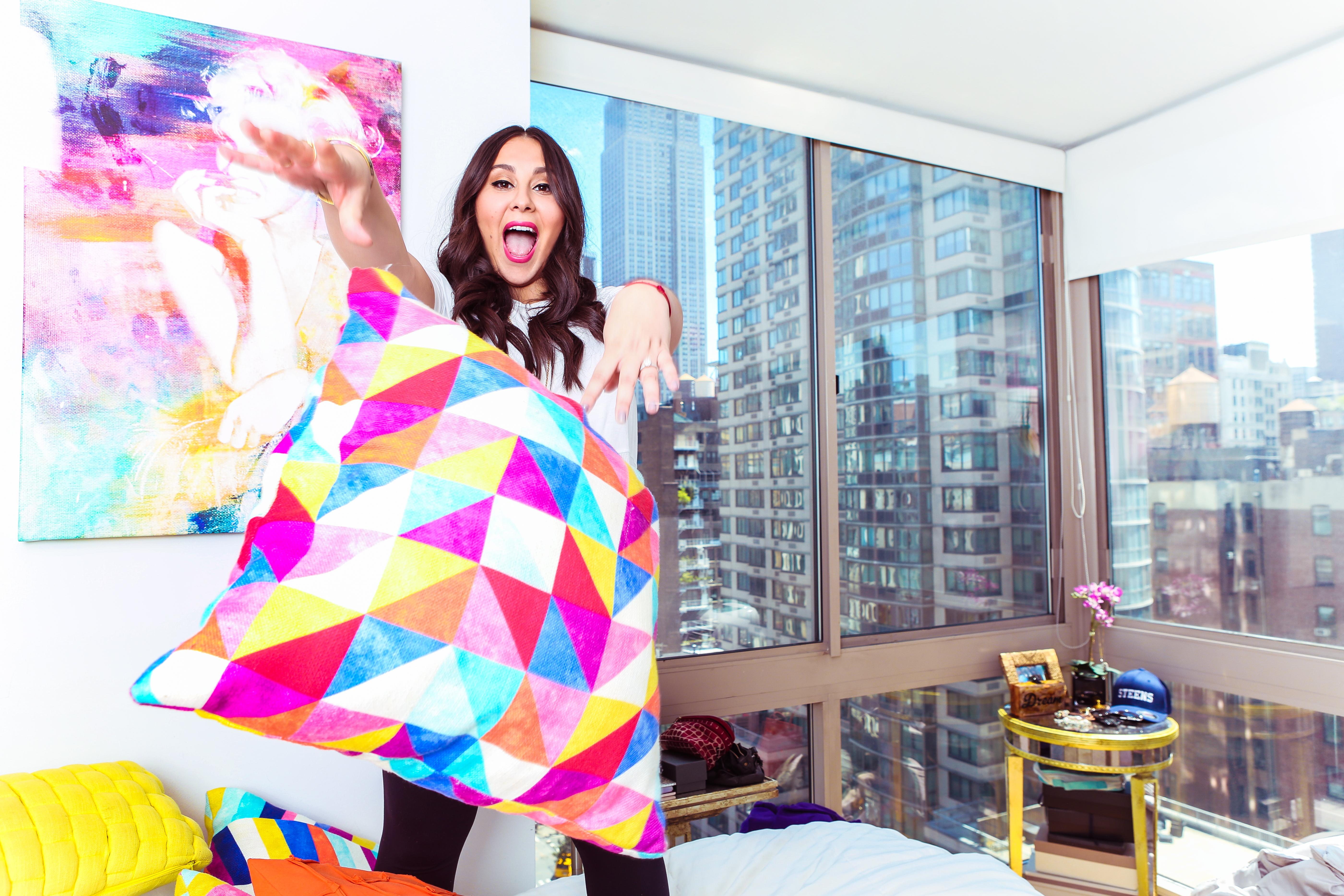 This article was written by Caoilfhionn Rose and originally featured in Issue 03 of Arcadia magazine. Buy the magazine here.

Claudia Oshry, better known as Girl With No Job has over 2 million followers on Instagram alone, including; Harry Styles and Samuel L. Jackson. She’s conquered the world of social media and created a job from, well, having no job.

For some generations, it is unimaginable that people can make a living from social media. Gone are the days of simply striving for a vocational job. Replacing those ambitions are ones founded on fun, personality and yielding an audience. While some parents scowl at their kids and try to coerce them away from their phones, it should be recalled that this generation were born into an economy that was smashed to pieces by their guardians.

A generation of millennial’s have found a way to create jobs using a tool that started out as nothing more than an easy way to connect with friends near and far. They do so through humour, wit, boldness, creativity and sheer hard work.

Girl With No Job is that instagram account that you constantly screenshot from; posting the meme’s that so aptly illustrate your daily struggles to your closest friends. Claudia has made life’s most painful moments, post-university, post-relationship, mid-job hunt, constant what-the-fuck-am-I-doing-with-my-life weariness into expressly relatable content. Her humour and devotion to bringing her fans their mid-commute hilarity has monetised GWNJ.

Claudia, a native New Yorker spent her most formative years at a rigorous high school, so when she started her freshman year at NYU, she was a little shocked at how much free time she had on her hands.

She revealed: “NYU encourages its students to get an internship in their spare time, or do something that will enable their future career; they pride their students on having a unique work ethic.”

Claudia began interning with a large fashion company, which swiftly turned into a nightmare. She spent lunchtimes crying in the bathroom and evenings emailing her mum about the horrors that are conducive to being at the bottom of the professional food chain. Her mum encouraged her to channel that anger, frustrations and upsets through a blog, and thus began Claudia’s online career. She started the Tumblr, Girl With A Job. Her blog depicted the daily thoughts and emotions of a 19-year-old intern in New York City. Realising that Tumblr wasn’t private, Claudia deleted the account for fear that her colleagues would see the memes aimed at them. She was sacked soon after, enabling her to fire up her online persona once more, but this time as Girl With No Job.

Claudia attributes the sassy nature of her uproarious memes to growing up in the Big Apple.

She explained:, “I feel so lucky to be from New York. You need an aggressive sass to survive. GWNJ is a New Yorker with an aggressive attitude, and people love that tongue-in-cheek outlook on life.”

She added: “New York has made me self-sufficient and afforded me an independence that’s rare among people my age. I’ve never waited around for anyone, I caught the subway to school and had to grow up in accordance with the speed of New York.”

There are many influencers that half-heartedly flood their profiles with freebies and sponsorships, ultimately losing the connection with the audience that gave them their lifestyle. Claudia prides herself on being driven by positivity rather than material goods.

She said sincerely: “I can sleep well at night knowing that my intentions are good. If someone is at work feeling miserable and they see some stupid meme from my account and it makes them smile, that is more rewarding than any paycheck.”

After conquering Instagram, Claudia ventured into Snapchat. As her fans demanded more from Claudia she knew it was time to transition to other media platforms.

She revealed: “It was a significant jump from using Instagram where I was effectively hidden behind meme’s to Snapchat, where it was all about me. I found it tricky at first but over time I’ve developed a really interesting community of people.”

It was a gamble that paid off as Claudia’s dedicated followers appreciated the intimacy of interacting with her on Snapchat.

She said: “I have less followers on Snapchat then on Instagram but I’m much closer to my Snapchat followers. If I post something on my Snapchat it will get more traffic and clicks than posting on my instagram.”

People like the intimacy of Snapchat and knowing what that person is doing right there and then. Right before our interview Claudia posted a snap asking what show she should watch, to which I replied, suggesting she watch Orange Is the New Black and to my surprise she replied immediately to say she was watching it.

She said: “Sometimes I get 200 Snapchats and I open them all. It’s important to keep such an inherently close and intimate platform as open as possible. If I went private and stopped people being able to send me messages, that would go against everything I stand for. They’re not just my followers, they’re my friends.”

Claudia has mastered the art of interaction with her followers. She recently parted ways with her management and has taken the reigns. Her dedication to her brand is phenomenal; she runs it independently to ensure that GWNJ’s core is cultivating a community that brings people together. She spends three days per week at meetings and the other days are spent working on her app, Instagram and website. 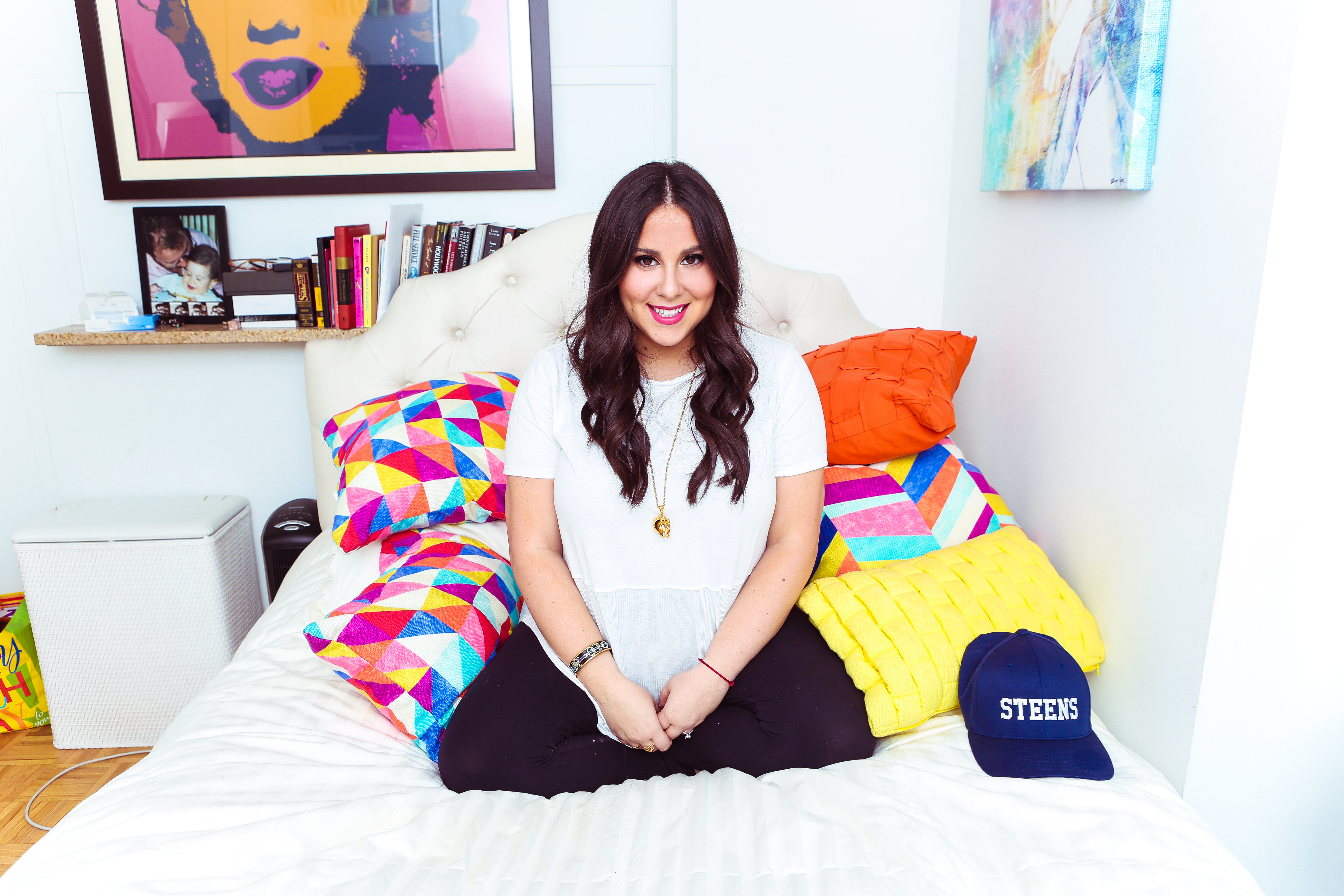 Claudia’s experience of trolls in the past has developed a steely determination to promote self-empowerment.

She said frankly: “I’m proud of being Jewish and proud of how I look, but you’re always going to come into contact with anti-Semitics or bigots. It’s hard not to retaliate, I have to be thick skinned, so I try to preach to my followers to do what I do when people are nasty; just don’t give a fuck.”

She added: “I find the media incredibly misogynistic. Nine out of ten times the nasty comments on my posts are from men saying disgusting things, and I’m told that because of my line of work I just have to shut up and take it.”

It’s true, as a female, there are many instances where you get trolled for something that a male would be praised for.

Claudia continued passionately: “I want to teach these trolls a lesson, so I screenshot the misogynistic comments and post them on my Instagram. People should be called out for their behaviour.”

She looked up searching for reassurance, then said frankly: “When I do interviews I get so nervous that I’ll say some stupid. I always want to try and be myself, though, especially when it comes to body positivity. I know I am not skinny, but I’m proud of how I look, I wouldn’t change a thing.”

Claudia has put herself in a vulnerable position to bring smiles to other people faces. She doesn’t regret it for a moment; her aim is to help young people feel comfortable in their own skin.

With great candour, she revealed: “I grew up with strong values, and I don’t allow other people to influence them. It’s so easy to let other people’s negativity influence who you are, what you say and what you do. The hard part is being true to yourself so that nobody else’s negativity bothers you.”

She added: “I’ve always been loud and obnoxious but that is the essence of GWNJ and I’m okay with that.”