Doina on Social Media and Fashion 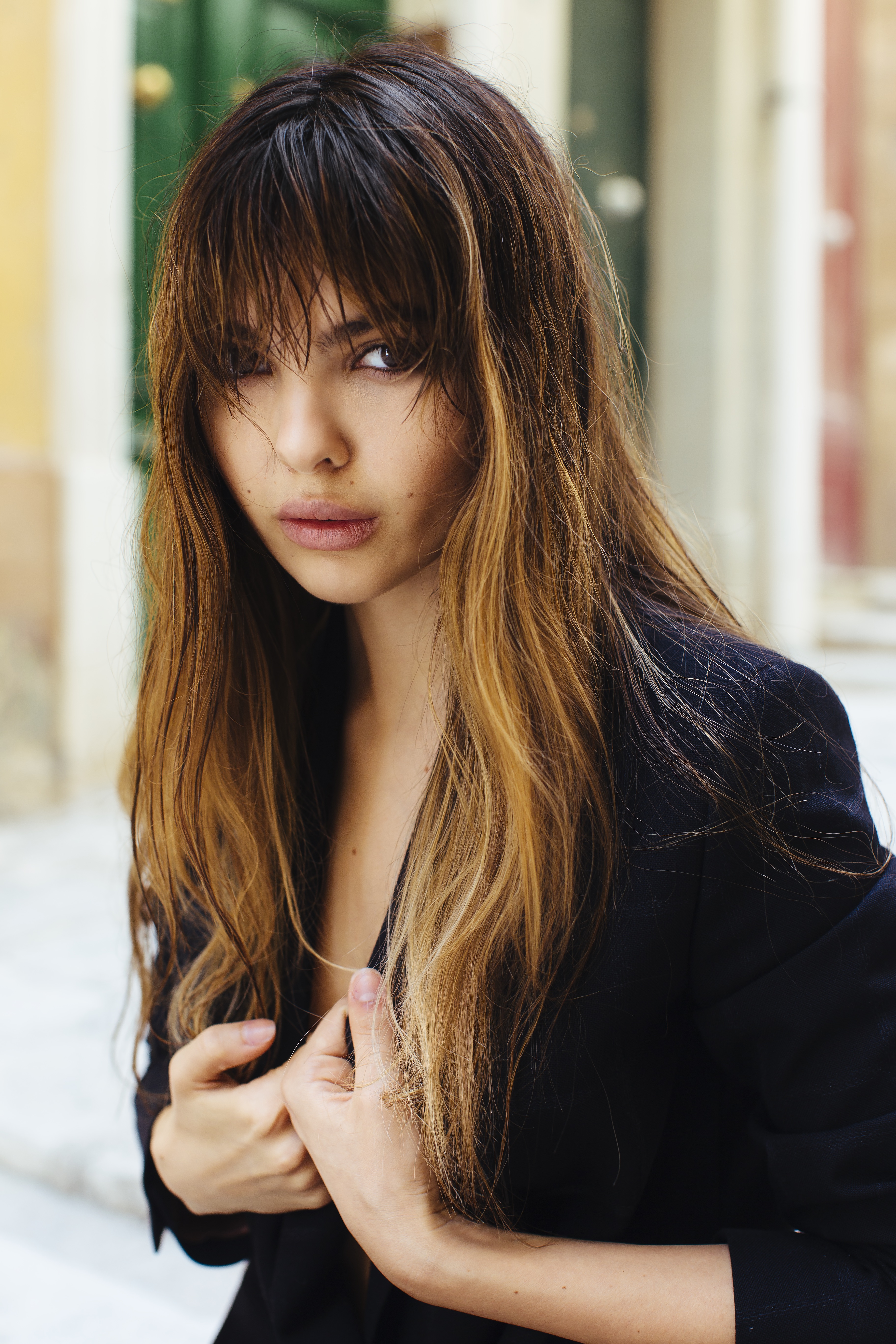 Doina Ciobanu is a model and leading style influencer with a degree in History & Political Science. Through her blog, The Golden Diamonds she has collaborated with fashion’s biggest powerhouses including; Dior, Agent Provocateur and Fendi. Forbes included Doina on their prestigious top 19 Young Entrepreneurs list. Here she reveals how social media was her ticket into the world of fashion.

For Doina, social media has been the key to opening doors, whether through invitations to exclusive events, opportunities to visit never-seen-before places or working alongside some of the most creative minds in fashion.

Doina considers social media crucial to her career. Without it, she believes she wouldn’t be where she is today. Coming from Moldova, it would have been near impossible for her to access the fashion industry any other way.

She revealed: “During the 90s, people were spending thousands of pounds on the latest trends just to feel part of the industry; watching it on television, or flicking through Vogue. But now it’s different because you only have to open Instagram, and you’re instantly part of that world.”

Doina started her illustrious career when she was 14-years-old. She believes social media was, and still is, a great foundation to build a profile. However, she deems it necessary to take that base and bring it to the real world.

She advised: “Use it to your advantage. Go out there and meet people, attend events, network, and turn it into a business.”

The successful blogger is beginning to expand offline and is doing more events and brand collaborations that aren’t centred around social media. However, Doina still considers social media to be her biggest strength. That is where she started, after all. 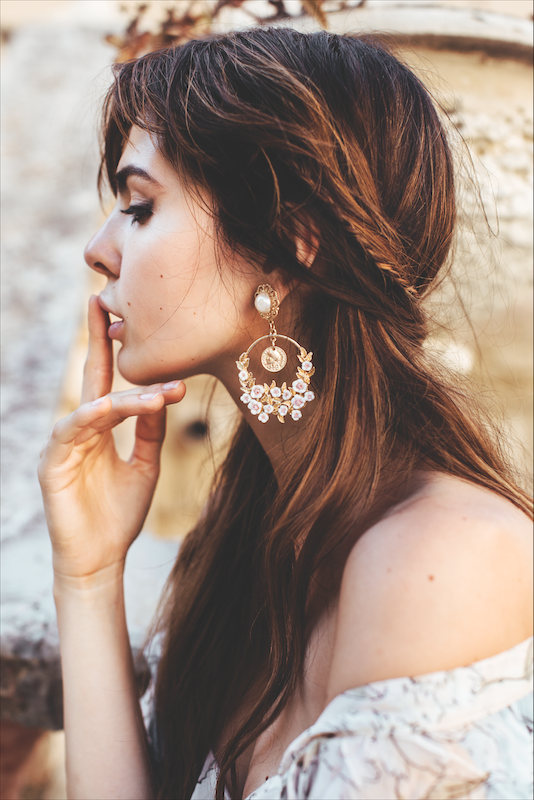 She revealed: “No brands were really using it in London at the time, but I could see its potential. I started telling brands about it because it’s so interactive and allows for much to be shared. Everyone was sceptical about it, which is funny because now, brands are contacting me to work with them specifically on Snapchat.”

She added: “It’s good to see brands understanding the value of an unfiltered look. It’s a lot more than just a perfect picture. Photos are great, but with lighting and editing they can also feel too unreachable.”

Doina revealed that the rise of Snapchat hasn’t necessarily expanded her following, but something she has noticed is that it has tightened her bond with her existing following.

She said: “I think they’ve realised I’m an actual person, and I do the things that they do, and I have days when I don’t wear makeup too. Snapchat has allowed my followers to see my personality, rather than just my lifestyle. It has allowed me to be more like a friend.”

Doina recently collaborated with luxury atelier, Zuhair Murad on Snapchat. After being invited to their show at Paris Haute Couture Fashion Week, Doina reached out and asked if they’d like to do something more.

Doina revealed: “Zuhair Murad was excited to collaborate. With a following of over 3 million on Instagram, the brand understands the value of giving their social media a voice, so they were keen to test the takeover idea and see how it worked with their followers.”

The takeover was a success. Doina injected life into the brand; she went backstage to speak with Zuhair Murad himself and asked questions about the collection. She said: “It was not pre-planned or edited; it was live and raw, and that works well with brands.” 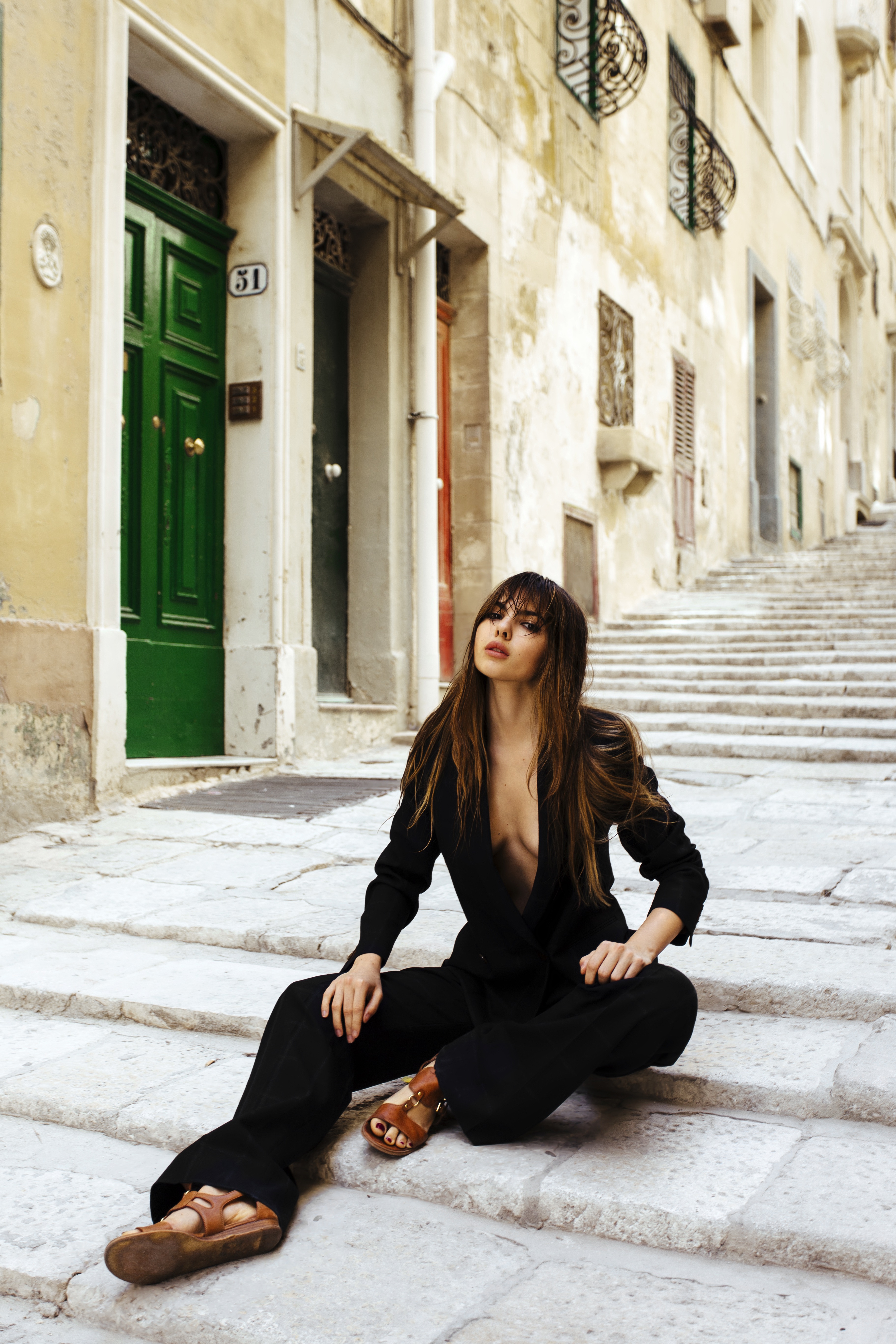 Doina has built a dedicated social media following of around 200,000. She credits social media with helping to give her a voice when she arrived in London.

She said:“Coming from Eastern Europe, I was brought up in a society where I couldn’t speak or ask about certain things. On my blog, I discuss issues for women – Eastern European women in particular. I talk about things I was encouraged never to talk about: social taboos, expression of identity, how to feel free in yourself, and how not to be ashamed of being you. I always try to send a message encouraging my followers to believe in themselves and to express their opinion without taking into consideration society’s expectations.”

She added: “On Instagram, I try not to show a superficial lifestyle. So many profiles show private jets and expensive things. It’s over-the-top and unrealistic, and it has no depth behind it. I try to demonstrate that I work for what I own, and I put a lot of effort into my career. There is a lot more to life than pretty clothes.”

Doina revealed that her most valuable social media tip is to post content that speaks to your following.

She revealed: “You need to keep your feed interesting so that you don’t lose the followers you have. It is far more important to build a relationship with your existing followers than to try and gain more.”

She added: “Also, ensure that you post content of a high-caliber. People see the first few rows of your feed, and if they like them, they will follow, that’s why it’s important to keep your imagery consistent and good quality. It’s better not to publish too much, or not at all if it doesn’t match the standard. Quality is everything.”

Doina has a refreshingly blasé attitude to receiving negativity on social media. She laughed, then said: “You just have to get used to it and roll with the punches! We all want to wake up in the morning and feel loved by everyone, but the reality is that you have as many haters as you do fans.”

Her lips curled into knowing smile, she added: “If you’re doing something well, then you’re going to annoy people. The day that I have no haters is the day that I’m clearly not working hard enough.”

She added: “I may not be doing something on a significant worldwide level, but I am sharing my opinion, my style, and that’s what I want to express. Social media gave me a voice.”