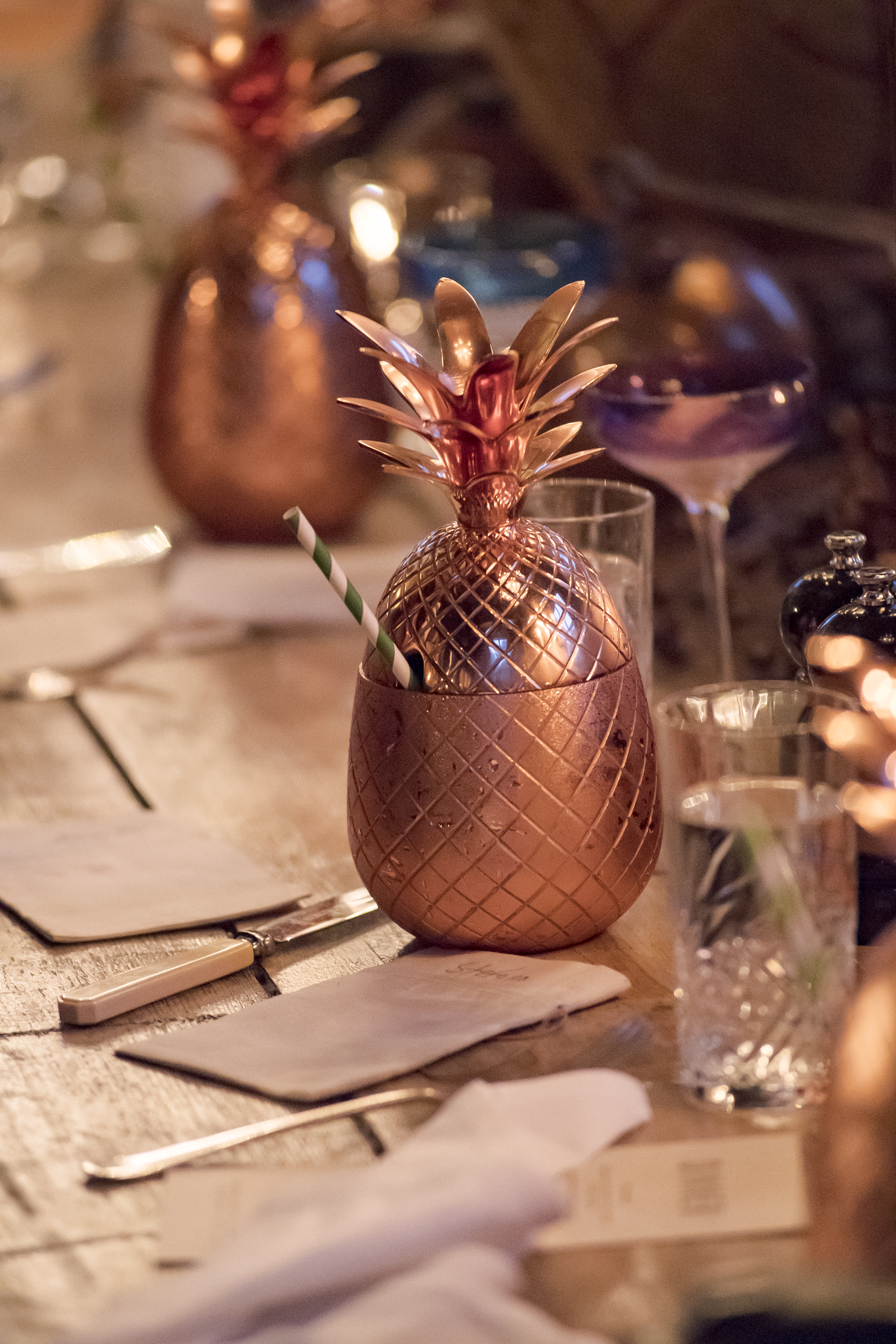 From the moment your feet touch Scandinavian soil, you are greeted with the warmest of welcomes. Politeness is something I have always, albeit slightly smugly, taken for granted. But it is something so prominent in Scandinavian culture and it made such a significant impact on my entire trip.

Somehow landing down at Copenhagen airport was like being transported to a country with similar attributes to the UK, but with more vibrancy and life. The saturated landscapes were an immediate observation, as our descent down to the runway took us parallel to the famous Øresund bridge and close to the water which surrounded it. 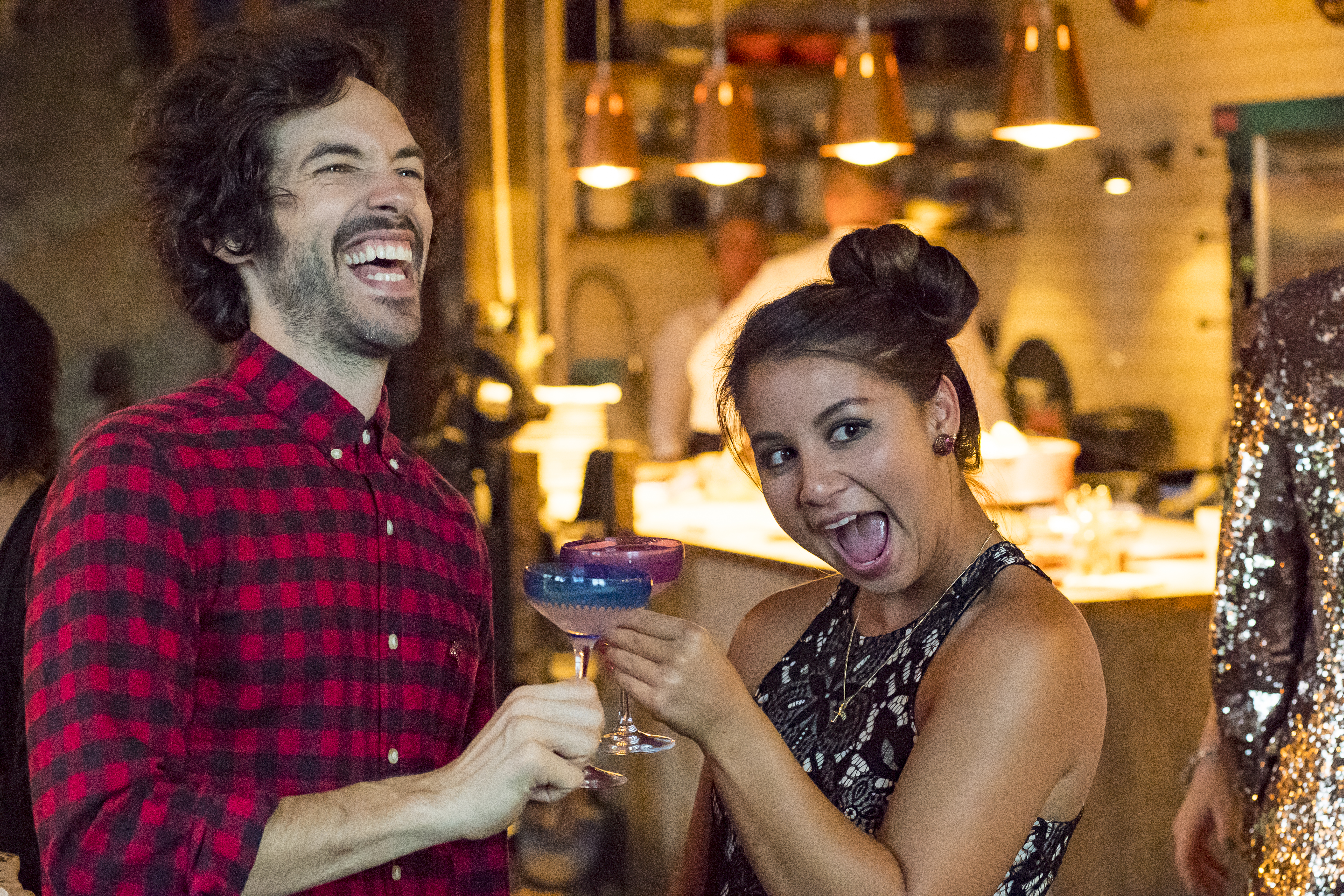 Getting off the plane at Copenhagen and straight into a taxi to Åhus, meant that there was no time to catch a glimpse of the touristy capital. Instead I headed across the border and got to experience the ride over the bridge. Peering out of the window I could see the viridescent and rather flat landscape approaching. The ride across the bridge was surprisingly short and we arrived at the Swedish border pretty quickly.

As I was a little tired from the early flight, I spent most of the car journey with my head leaning on the window and drifting in and out of a light sleep. It has to be said that Swedish roads are incredibly smooth, so that did contribute to my languor. After an hour and a half I arrived at Åhus, the second largest locality in the Kristianstad Municipality. It was warm and Spring-like, a pleasant greeting as it reminded me so much of England. But as much as Sweden projects so many similar tranquilities, it is one of those places you need to discover for yourself.

Another observation I made quite quickly was the rich quality of life people have here. Not in a materialistic sense, but in their ability to make the most out of what their country has to offer them. It is more than just a vacation destination, it offers enough scope to be a place you would raise young children or withdraw to as the perfect retirement location. Staying in the homely Åhus Gästgivaregård hotel, I was able to have a truly Swedish hideaway to reside to in the evenings. Think of it as an eclectic boutique hotel that just so happens to sit conveniently next to the Absolut Elyx distillery. The wooden furniture, low beams and characterful fittings left me longing for bedtime. I was lucky enough to get a room with a view from the first floor. This meant I could see the waterfront mansions which adorned the waterline along the opposite side of harbour.

Being quickly rounded up, after a pitstop in my room to refresh, I was taken further inland to Kristianstad to a well-known restaurant known as Kippers. Its humble brick exterior and wooden swinging sign left a lot to the imagination. I wasn’t quite sure what to expect from a typical Swedish restaurant, but with a rumbling stomach and an appetite for local food I stepped in. Once inside, I was surprised to find that it was a dark, medieval building, which was made darker by its mahogany furniture and balustrades. Walking further in, I noticed there was a set of open doors inviting me out into a secret courtyard, which was perfect for our alfresco buffet style lunch. Its fresh fish-based cuisine is clearly a magnet for foodies. As someone who sits on the more reluctant side when it comes to sampling fish dishes, I don’t feel particularly qualified to give a fair assessment of Sweden’s famous fish dishes. However I did enjoy all the seafood that was served at Kippers. I can confirm that the caviar is delightful in Sweden; subtle and the perfect saltiness. Although it was a texture I am unfamiliar with, it was appetizing and worked well with the rest of the spread. The chef recommended we try Toast Skagen, which included plating together the North Sea Shrimp in a dill and mayonnaise sauce and serve it on toast and top off with the caviar. Certainly a winning combination, I must add. Another delight of Kippers were their famous meatballs which exceeded all expectations. Definitely something ticked off my Sweden bucket list.

There is such a focus on the rich freshly sourced produce which go to create meals that can be enjoyed on mass. Swedish culture invites people in and in many ways is something so wholesome and healthy. This is similar with their style; it remains to be focused on form and function. I find myself embracing a society that is known for valuing moderation, practicality, and above all tradition. 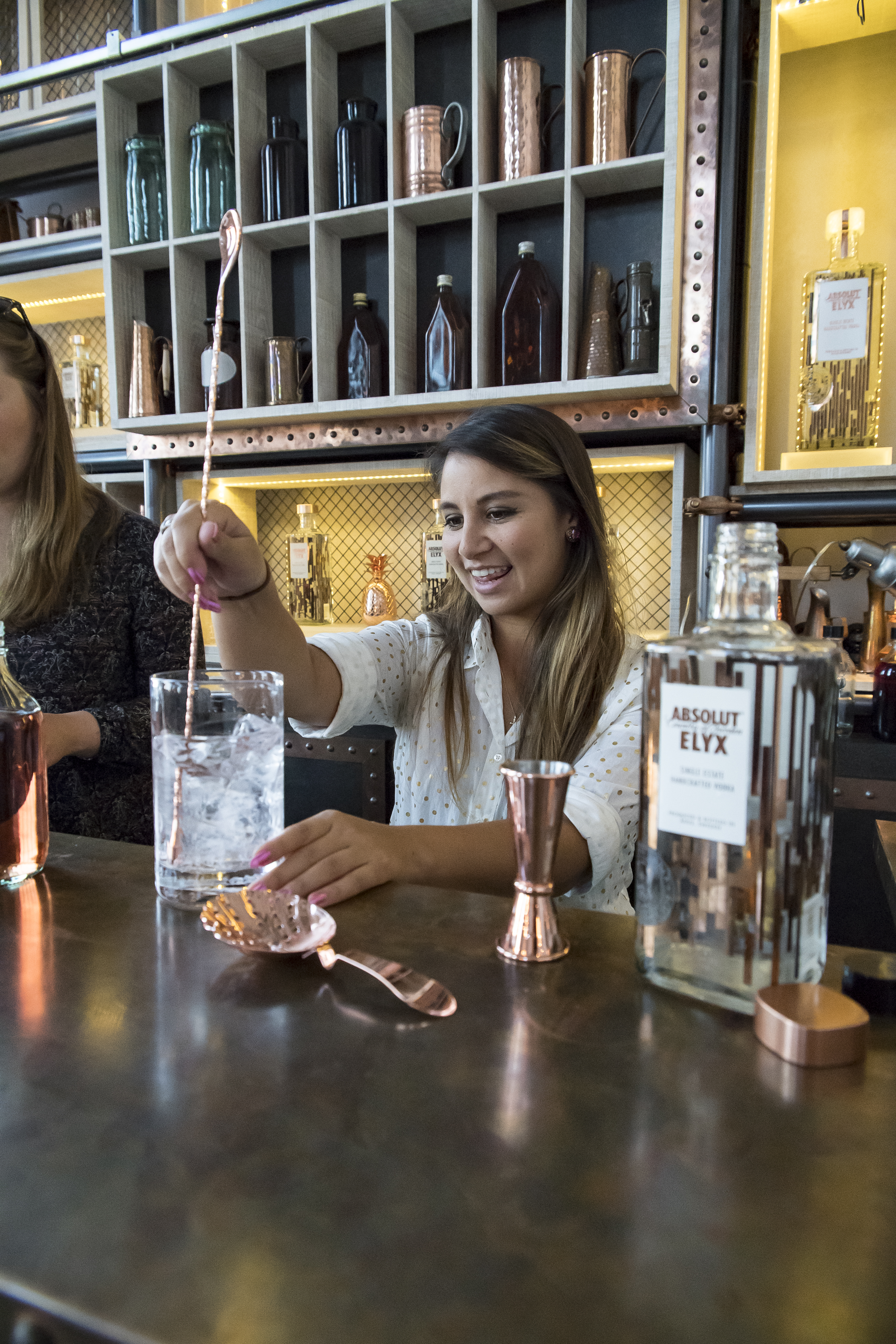 Tucked away in another room of Kippers is an Absolut bar. I am informed that a lot of experimentation and training takes place here. It seems only fitting that I sample some of their finest cocktails and learn more about vodka’s Swedish culture.

Made from the regions finest wheat and rich water sources, Absolut Elyx offer singularity of character and a guaranteed taste of Sweden.  It may come as a surprise to learn that most houses buy their wheat from an external source, however this is something Absolut does not do. It prides itself in growing its own wheat. It is evident in the glass, as a blind tasting against other prestigious vodka brands reveal how flavoursome it remains. Against the other vodka’s sampled, Absolut Elyx stuck out as being  a thicker, silkier vodka that had a distinctive restorative taste to the palette. The vast verdant grounds which go to one day create the ultimate premium vodka, can only be witnessed in its entire form, from the sky. The view from a helicopter allows you to appreciate the scale of the landscape, which grows to produce the smooth taste of Absolut Elyx. This drink is not “just a vodka”, it is an awakening of the senses. Vodka is in many ways, an uncelebrated drink in its own right. Diluted amongst mixers and ice, the voice of a quality vodka is often muted by flavours from other ingredients. I am told that during the distilling process, a piece of copper is used to purify the taste of the vodka. Once the copper is spent, it is discarded and the flavour is imparted on the batch. Absolut Elyx cleverly reflects their use of copper on their packaging and branding. It works as a successful marketing strategy, as it not only looks elegant and enticing, but also because it shows consumers they are always doing the right thing, even when nobody is watching.

While the company’s buildings and accompanying land are typically out of bounds to the general public, I was fortunate enough to walk through the working distillery. As soon as we got through the gates, all phones were to be handed in. Feeling as though I had lost a limb without my phone in my hand, I walked into the building and was immediately hit by the sheer heat of the vodka production. With the initial distilling being done at the main Absolut distillery in Nöbbelöv, the final distillation takes place here, where the winter wheat from the single estate, Råbelöf, is then fermented and using vintage copper stills, is further filtered and finally bottled. Driving North of Åhus toward Fjälkestad, our journey took us East of the town and off the beaten track, so to speak. The bumpy terrain lead us to the secret grounds of the  Absolut Elyx Hunting Lodge. Here amongst the fields and the patchwork forests sits a wooden cabin. Although it is a hunting lodge, you will be reassured to know that no hunting seems to take place here. Instead inside, it is dressed with rustic furniture and art, plump armchairs and a long dining table which is the focal point of the room. In a moment of haste, a couple of us clamber out of our seats whilst we wait for our food to arrive and run down towards the lake. The overgrown reeds and grass disguise the fact that the jetty is rather unstable, however that did not stop my attempt to cross it. Once back at the table, food and drink began to flow, leaving no space left on the table. Some of my favourite dishes included Matjes herring served with lemon brown butter, new potatoes and chives, beef tenderloin with braised oxtail stuffed onions, bay leaf and allspice jus and porcini mushrooms and the buttered vegetables and potato puree. It was an evening that revolved around outstanding food and good company.

During breakfast outside on the patio the following morning, I reflected on my experience of Åhus. Most tourists find themselves travelling to the more built-up, bustling parts of Sweden like Stockholm and Gothenburg in order to embrace the popular Scandinavian culture. What struck me more, was the unfiltered landscape of the seaside town, which is the backdrop for the Absolut brand. It is a location under the radar from mass tourism, perhaps making it more charming. Visiting a traditional glassblowing workshop right in the heart of Åhus, I got to try my hand at creating a glass vodka decanter. I was surprised when the glassblower told me I had a natural talent for shaping and working with glass. It was such a unique and memorable experience of a traditional Swedish activity.

As the workshop is situated close to the hotel, I was able to stroll back and take in the peacefulness of my surroundings. The only sense of industrialism in Åhus, comes from the occasional hum of Absolut branded lorries dispatching new loads from the distillery to the port, where their products are then shipped to supplying countries. It lead me to reflect on how I was surprised by the intimacy of inside the distillery, despite its physical presence on the Swedish skyline. Although Åhus is a relatively quaint location, it is constantly thriving due to businesses such as Absolut. 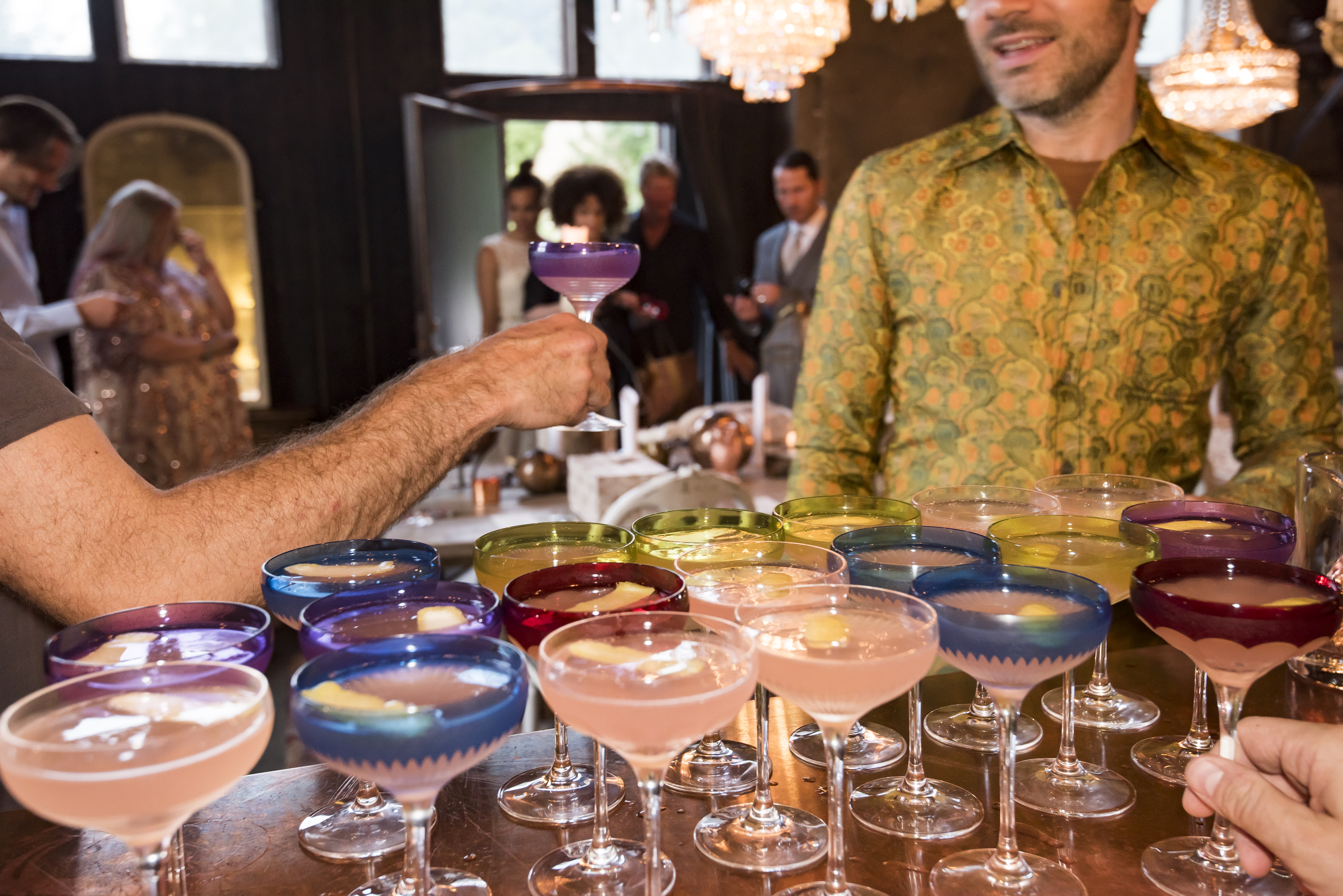 Those looking for active pursuits will find plenty to do on Åhus’s coastline. Cycle along the harbour, find a spot to pitch up and go fishing or visit the sandy beaches which are hidden behind a shield of tall Scots pine trees.

Boats and fancy yachts line up along the strip of the harbour, bobbing up and down on the crisp waters as they stay moored outside their matching properties. It is the last thing I lay my eyes on as I pack my suitcase into the back of my car. I know I will certainly meet this view again, but until I do, I have a photo of it for safekeeping. 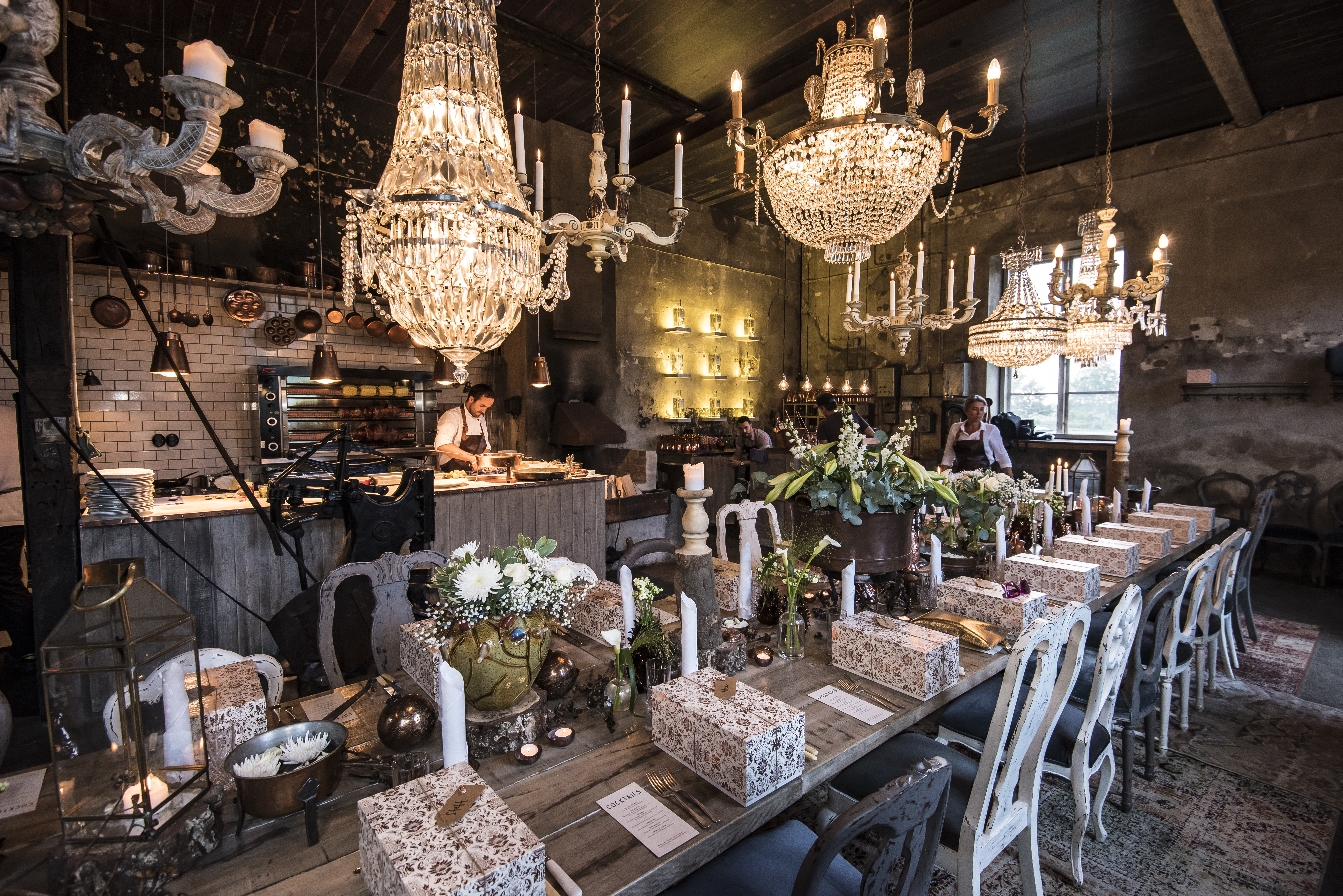 I feel as though I only scratched the surface during my fleeting visit to Sweden and although I tend to avoid overly popular regions of a country, I have an urge to explore the Scandinavian hotspots from one coastline to another.

Sweden is an unsurpassable opportunity to travel solo, for you are never entirely alone. There is not a moment where you experience pure loneliness; the birds sing and dive through the air more ardently than I have ever seen. The night sky glitters and twinkles so actively, with remnants of previous lifetimes. People are so welcoming and kind. I know there is so much more to see. As I return to the airport, I am left feeling reconnected not only to myself, but to the joys of simpler things and the little pleasures the landscape has to offer. 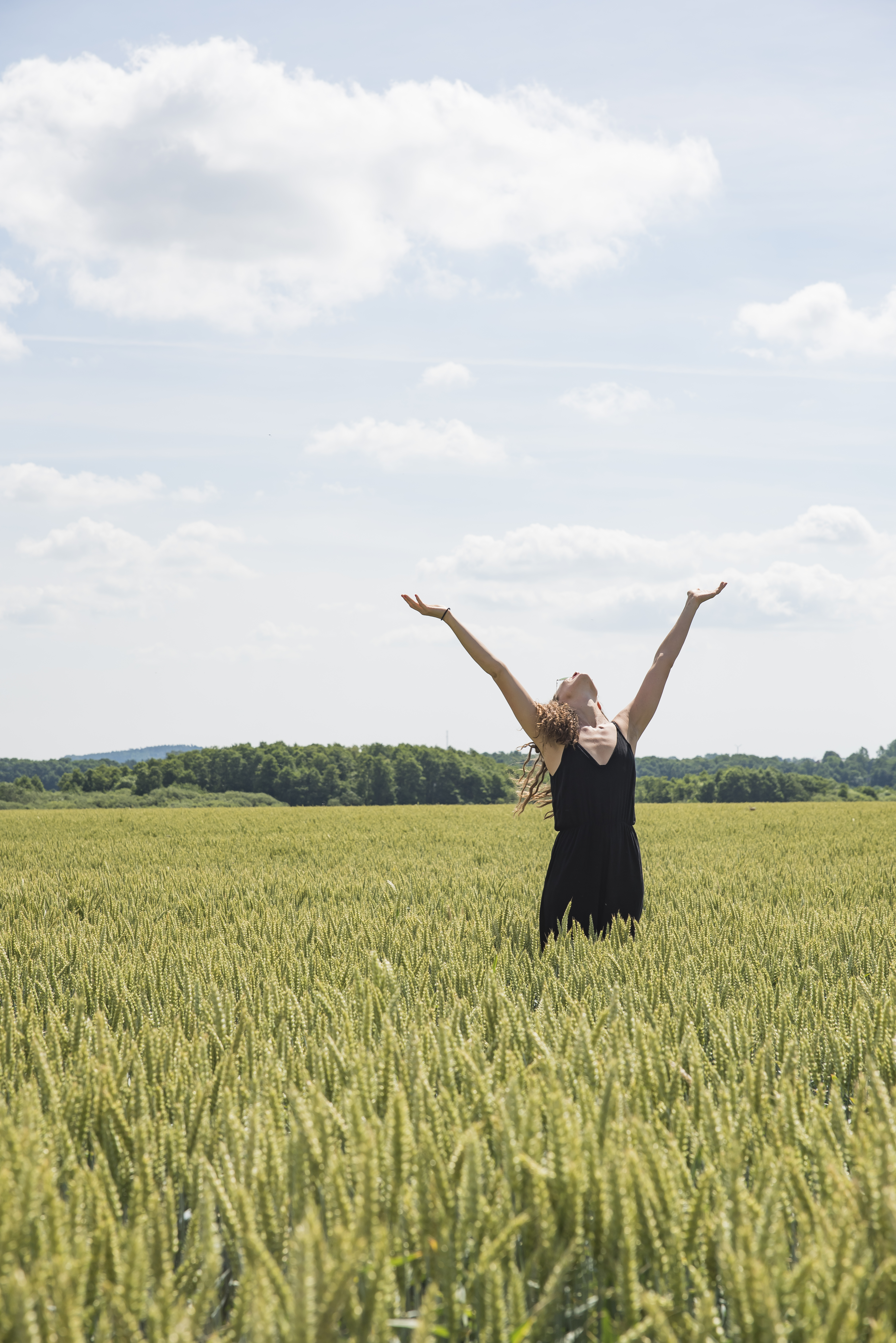