Kane Chattey: The Man Behind The Camera 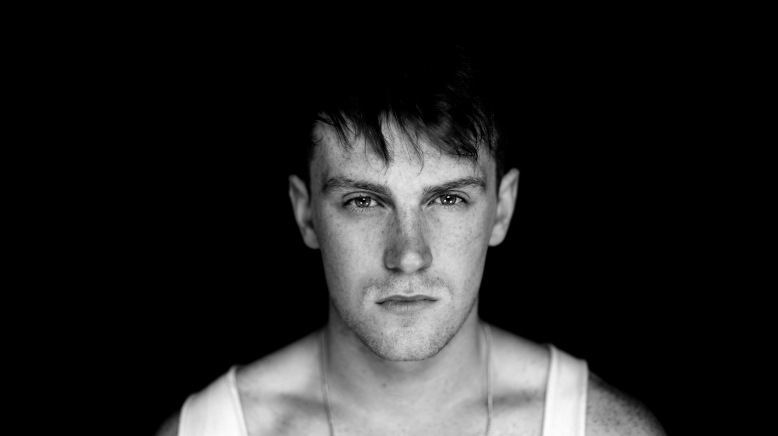 The Beaufort Bar at The Savoy Hotel is without question, one of the most magical places in the city. Since its birth in 1889, the majestic hotel has been synonymous with not only grandeur but also the art of mixing drinks.

The bar steals all of your senses; every inch of the intimate venue epitomizes the undeniable elegance and unapologetic decadence of the 1920s. It is so dark that it takes a few moments for your eyes to adjust. Once you allow yourself to be enveloped by the dark, your ears are filled with the rich-as-whiskey vocals of the dapper gentleman, singing Frank Sinatra classics from behind the piano.

I sat in the darkest corner of the bar on a plush black sofa, decorated with beautiful baroque cushions that looked as though they had been dipped in molten gold.  Glowing chandeliers dominated the ceiling and gilt candelabras adorned the black walls.

I was handed an extensive cocktail menu and eventually ordered the ‘Impressionist’. When it arrived, I was completely lost for words. It was served in a champagne flute and was rose gold in colour. In almost a whisper, the waitress said: “It was inspired by Monet, who once said ‘For without its fog, London wouldn’t be a beautiful city’.”

I was momentarily baffled but was soon enlightened when she carefully placed a gold vase, filled with two red roses, engulfed in thick white fog. The fog clouded the table in seconds and filled the air with the sweet smell of roses.

The drink itself was full of drama and ceremony; made with cherry Marnier, Crème de Violette and raspberry sugar. It was as delicious as it was beautiful. I nursed my drink and sat in the cloud of rose fog as I waited for Kane Chattey to arrive.

Before long, the man himself strode into the bar, dressed in ripped white jeans and a long white t-shirt. Kane had jumped straight off of an 11-hour flight from Los Angeles and after a brief detour to Central London for a meeting or two, he had arrived looking more energetic than I ever could.

As he shook my hand firmly, his classically handsome face broke into a warm smile. He had golden hair that was swept back with precision and sparkling blue eyes that betrayed no sign of tiredness whatsoever.

I passed him the menu and suggested that he try one of the Beaufort Bar’s famous cocktails. To my surprise, he shook his head and said: “I am completely sober, always have been and probably always will be.” He then proceeded to order a glass of water. That would be one of many surprises that Kane would spring on me that evening.

At just 22-years-old, Kane has garnered a reputation as one of the most talented and hard-working directors in the entertainment business. As music director at SBTV, he has worked with many of the industries elite, including; Snoop Dogg, Ariana Grande and John Legend.

Before he was jetting around the world, shooting some of the biggest icons in the music industry, Kane was in his hometown of Bournemouth studying for a BTEC diploma in Media Studies. He said: “I went to college with no real clue of what I wanted to achieve, aside from the fact that I thought I would just watch lots of films.”

He added: “However, when I got there, I quickly developed a purpose. It gave me guidance, which enabled me to see beyond the course and college. It showed me that I could actually go to university and do something with my life.”

Aside from his studies, Kane was also a professional footballer until he was 16-years-old. He was given the revered title of ‘the third youngest player in the history of the FA Cup’. He was even offered a scholarship at the prestigious Duke University in America but turned it down to pursue directing.

I asked Kane whether he couldn’t have pursued both professional football and directing. His golden eyebrows furrowed in confusion, he said: “Definitely not. I don’t do half and half. It is 100% of something or nothing at all.” I challenge anyone to argue with that logic and sheer dedication.

Education was pivotal to Kane at the time. He passed his college course with flying colours and honoured his family by becoming the first to attend college and then university. However, life has no patience for plans and six months after joining university, Kane dropped out after he received a call that would change his life forever.

Kane had been closely following Internet mogul and SBTV founder Jamal Edwards’ career for a long time. Whenever Kane produced new work, he would email it to Jamal in the hope that he would notice him.

Kane smiled softly at the memory, he laughed: “I used to email Jamal on a monthly basis! He never used to reply but I just kept on sending him my latest work. The Internet is so small, you are always a click away from everything and I hoped that he would click on my work one day.”

After months of perseverance that day finally came. Kane was in a lecture at university when he received a phone call from none other than Jamal Edwards.

Kane bit his lip slightly, momentarily transported back to a time when his world was turned upside down. His lips curled into a proud smile, he said: “Jamal told me that he had seen my work and wanted me to come and create all the visuals for SBTV. So I stood up, walked straight out of my lecture and never looked back.”

Kane has achieved more than most people his age could only ever dream of but life hasn’t always been so sweet. Kane’s childhood was troubled to say the least and he was eventually put in the care of a foster family. For the first time in the interview, a solemn expression flooded Kane’s face. He admitted that he wished he could write a letter to his younger self, to comfort him during those darker times and tell him that everything would be okay.

He said softly: “I would tell that little boy not to worry as foster care is a temporary solution. You are loved and you are not a failure. There will be a time when those who are meant to care for you will be able to and you will live a life that you never thought was possible.”

It was an honour to share such an intimate moment with Kane, every word that fell from his lips emitted a truth that was almost too painful to bear.

I asked Kane if there were any of his works that he was particularly proud of. He hesitated and it became instantly apparent that Kane struggles to celebrate his phenomenal success. He admitted: “Whenever people ask me what I’m working on I never really tell them what I’ve done. I just tell them that I’m working. I would rather just focus on tomorrow, if I do something great today, my first thought is what can I do tomorrow to make it better than today. I have a hard time celebrating.”

He added: “I haven’t had the best upbringing, I have had a lot of obstacles to overcome in my life. I have achieved some good things, I can admit that but I am only 22-years-old, why would I celebrate at the start of my journey?”

Kane is adamant that although he struggles to celebrate his success, he is eternally grateful to those who have helped him along the way. He said passionately: “I’ll always express gratitude. I will always give thanks to anyone who has helped me, inspired me, made things easier for me or just made me smile. But other than that, I am just like ‘cool…next!’”

Kane smiled mischievously, he said: “A lot of people don’t get to wake up everyday and do what they love. I get to go to work everyday and create with a group of the most talented people. I can’t lie, it is a good life.”

The evening was drawing to a close and we walked through the grand lobby of The Savoy and into the mild summer night. I suddenly realized that I was in awe of his unfaltering work ethic and determination. I have no doubt that Kane will continue to make an everlasting mark on the entertainment industry and beyond, as they say, ‘clear eyes, full hearts, can’t lose’.

I would tell myself: “What is happening to you is temporary, you are not a failure.”

I got a free package from Nike. That may not sound like much but it was a real milestone! I called my mum and reminded her of the times when she used to hustle just get me like a pair of Nike’s. Now, they just sent me a box of stuff for free. That was quite a moment for us.

The Before trilogy by Richard Linklater. They are probably the best films ever made, I would just watch all three films on loop for eternity!

Dear Mama – Tupac. I can’t listen to that song.

Last Friday I was on a 16-hour long video shoot in Los Angeles. Usually every Friday night will be spent doing something work related.

I feel like you have listened to everything I have said. I wouldn’t want you to feel like I was polishing any of that. I would want you to remember me as truthful, raw and passionate.