The Pursuit of Truth with Olivver I have interviewed Bryan Sammis before. It was back in November, everything has changed since then.

The last time we spoke, Bryan was the drummer for alternative band The Neighbourhood. Fast-forward nine months and in a move that shocked their thousands of fans, Bryan has broken away from the band and is pursuing a solo career.

At the time, The Neighbourhood were incredibly busy; performing in cities all over the world and their press schedule was intense to say the least. However, in the midst of the chaos, I was struck by how warm, calm and kind Bryan had been.

Every notion I had of the ‘aloof drummer in a cool band’ stereotype was shattered after speaking with him. He was charismatic, confident without being cocky and undeniably humble.

Almost a year later and Bryan’s life has been completely turned upside down and inside out. I was keen to discover how the past year had changed him if at all and how he was adjusting to life as a solo artist.

The first time we spoke, it was early afternoon and Bryan was standing on the rooftop of a hotel in New York City. I can vividly remember him describing the majestic skyline that lay before his very eyes. He described it so eloquently that I could picture the sweeping skyscrapers that surrounded him.

This time round, it was 1.45am and he was relaxing in his back garden in Los Angeles, a glass of brandy in one hand and a cigarette in the other.

When you are living the life of a rock star, things can easily become one long hedonistic blur. At the time, Bryan was doing back-to-back interviews and it occurred to me that Bryan may not even remember our initial conversation.

Unsurprisingly, Bryan was just as considerate as I remembered. He exclaimed: “Of course I remember! I was with my friend’s band Lovelife, as they were setting up for a show during CMJ in New York City. I am glad you remember!”

It is undeniable that the past year has been transformative. The last time we spoke, he was known as simply Bryan but now he is predominantly referred to as Olivver. I broached this with him and revealed that I was unsure as to what he liked to be called these days.

He assured me: “Any of those work for me to be honest. Since we met when I was solely Bryan, that would be more than fine.”

He elaborated: “Olivver has been a musical project of mine for a long time. When I was going to Community College in Santa Barbara back in 2009 I toyed with the idea of legally changing my name. I later found out it costs money, so I just made it the name I make music under.” Many fans of The Neighbourhood claimed that they felt blindsided by Bryan’s sudden departure, as he was such a fundamental and beloved member of the group. Back in January, seemingly out of the blue, The Neighbourhood posted the following on their Tumblr:

We wanted to let you all know that The Neighbourhood & Bryan “Olivver” Sammis are parting ways. We’ll miss playing music together but wish him the best on his musical journey ahead. We see all the good (via social networks) that the band and the individual members bring into people’s lives. We hope this doesn’t change any of that for you guys. We thank you guys for all the support you’ve given us. Love, the nbhd

Bryan then posted the following heartfelt message on his own Tumblr:

I hope you are well. I truly do.

I hope you do that thing you’ve always wanted to do & talk to that one person who makes you feel butterflies in your stomach.

The Neighbourhood & Myself have parted ways.

I’m so grateful for anyone who has ever supported me, I hope your support for my endeavors continue.

I will continue to make music. I have already started.

I’ve got your back.

It was assumed that ‘Olivver’ was a completely new project, however Bryan assured me that this was certainly not the case.

Being in a band is a precarious business. It can be incredibly lonely and undeniably intimate in equal measure. I was keen to discover how Bryan was coping now that he was solo.

He revealed: “I’ve adjusted pretty well to being a solo artist seeing as how I’ve always done this project, it was just on the back-burner for me for a long time.”

Not many would have the guts to walk away from such a successful band. That must have been an incredibly hard decision for everyone involved. No one more so than Bryan, who must have felt frightened and liberated in equal measure.

Speaking of his departure from the band, he said frankly: “It was a mutual separation for us. I will always cherish the time I spent with those guys both before and during the band. I learned a lot. But, yes, the day after was a day full of introspection & life evaluation. I wasn’t sure what was next for me.” 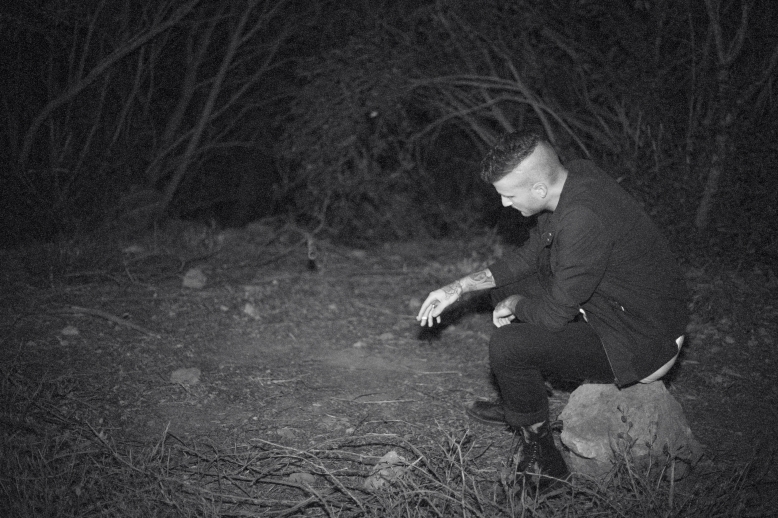 I have been a fan of the Neighbourhood for a few years now, as a fan you come to expect a certain sound or style. To say that I was wary before I heard Bryan’s music is an understatement. Luckily, my wariness evaporated in seconds and I fell head over heels for his eclectic and hypnotizing songs.

Bryan’s music is like nothing else I have ever heard, it is indefinable. In terms of genre, there are elements of dark-pop and R&B but aside from that it is quite the musical melting pot.

I told Bryan my weak attempt at explaining his musical style. He kindly said: “I agree for the most part. I’m trying to establish early on that I am more than one thing. I am not afraid to venture into musical territory that might not be exactly what the last song I put out was in.”

He did agree with my suggestion that there were elements of R&B in his music. He explained: “I mainly listen to R&B & a lot of old soul records. I’ve never been good at categorizing my own music, as I don’t think it’s that simple a lot of the time. I’d rather let the listener decide.”

One look at my iTunes library and it is apparent that Bryan’s song ‘Attica ‘71’ is the most played in my entire collection. It is dark and enthralling yet has a modern-funk edge.

Bryan revealed that ‘Attica ‘71’ was loosely inspired by the Attica prison riots of 1971. He elaborated: “Equating to that to everyday life, what I was going through at the time. A search for truth.”

Another personal favourite of Bryan’s songs is ‘Lucy’. It has been his most popular song to date and even actress Chloe Moretz is a fan. Speaking of the inspiration of the song, Bryan said: “Lucy is about a part of my subconscious. A voice I heard that let me know that sometimes people don’t hurt out of anger, but rather because they themselves have been hurt before. Hurt people hurt people.”

The music videos that accompany Bryan’s songs are just as thought provoking and mysterious as his music. In particular, the video for ‘Lucy’ whipped his fans into a frenzy as some struggled to understand the concept of the video.

Bryan explained: “I’ve had that video concept since I went to college in New Orleans. It plays along that theme of “hurt people hurt people”. The sense that sometimes people don’t realize that they are truly hurting someone else by their actions.” 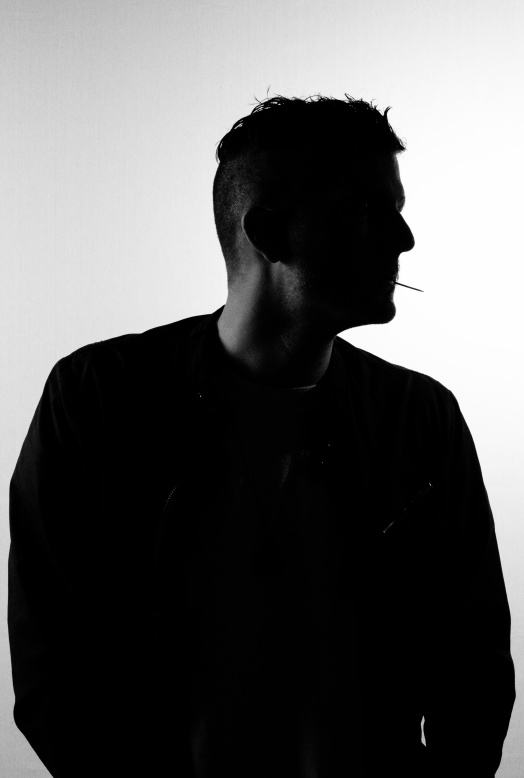 Bryan has a strong online presence and is often shares inspiring pearls of wisdom that strike the hearts of his thousands of fans. I was keen to discover if he considered himself a deep thinker and what inspired his seemingly infinite wisdom.

He said: “I feel as though anyone with any degree of a soapbox has a civil duty to encourage & inspire. I’m not sure if I achieve that, but I try. When I am older I want to think that I helped people always do the right thing, whether learning through my achievements or my failures.”

He added: “I guess I am a deep-thinker. I just have a lot of time to myself. I’m inspired by wanting to live & lead a life that I can look back on and be proud of before I die.”

The past year has been transformative for Bryan to say the least and I have no doubt that the next year will be just as eventful as the last. He has achieved so much as a band member and as a solo artist. He does not simply survive, he thrives. Whether he is part of a band or on his own, every song he releases instantly ameliorates the heart.

What more could you possibly ask for?

Off the top of my head I remember:

A sound guy for movies.

I’m not sure I’d want to mess with time & the relativity of time in that sense. I like who I am. I embrace the ups & downs life took me for me to get where I am now. I wouldn’t say anything.

I’ve always wanted to go to Japan and New Zealand.

The reaction to the music I have put out is more than I could ever ask for. I am increasingly humbled each and every day. The bright future that seems to be ever expanding excites me.

6.  The song that always makes you emotional?

“A Change Is Gonna Come” by Sam Cooke.

“Then I go to my brother. I say ‘brother, help me please’. But he winds up knocking me back down on my knees”.

I feel as though I can hear the pain.

Well, it is currently a friday night at 2:12 am. I saw “Dawn Of The Planet Of The Apes” & now I’m sitting in my backyard listening to the “Harmontown” podcast.