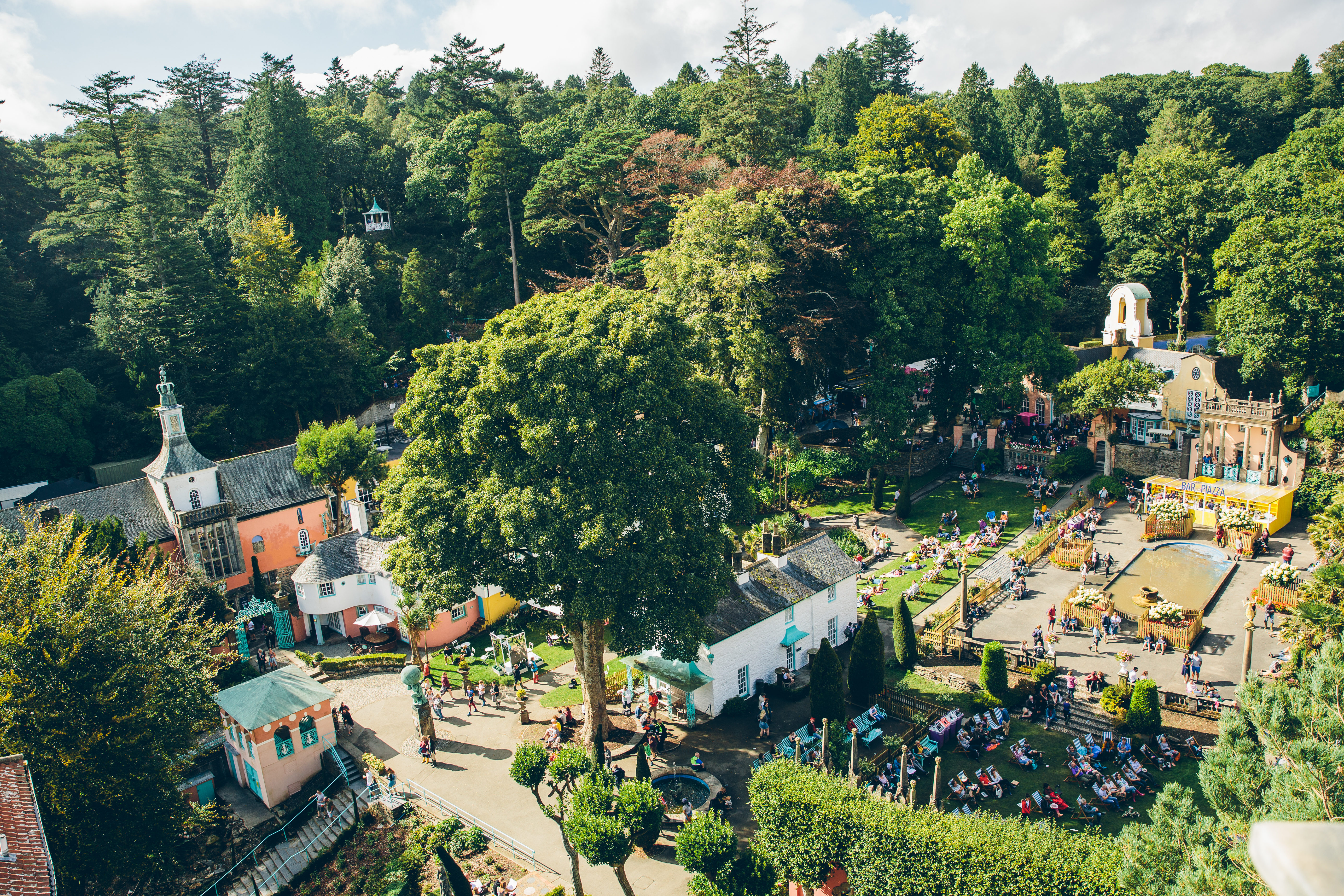 When you think of summer, the mind conjures idyllic scenes of rooftop cocktail parties, beach barbeques stretching long into the evening, and picnics in sun-drenched parks. The most summer-synonymous activity of all is the Great British festival, and none come more fantastically unique and brilliantly quirky than that of Festival No.6.

Set in the picturesque village of Portmeirion, in the rugged setting of mountainous Snowdonia in Northern Wales, is a festival unlike any other. It may be a cliché claim to make, but with musical contributions from top-class headliners and a selection of the best up-and-coming artists combined with gigs from the nation’s most popular comedians, eye-opening talks and discussions on topical subjects, a colourful carnival through the village, and much much more, No.6 provides festival goers with a one-off selection of the best that music and the world of arts and culture has to offer. 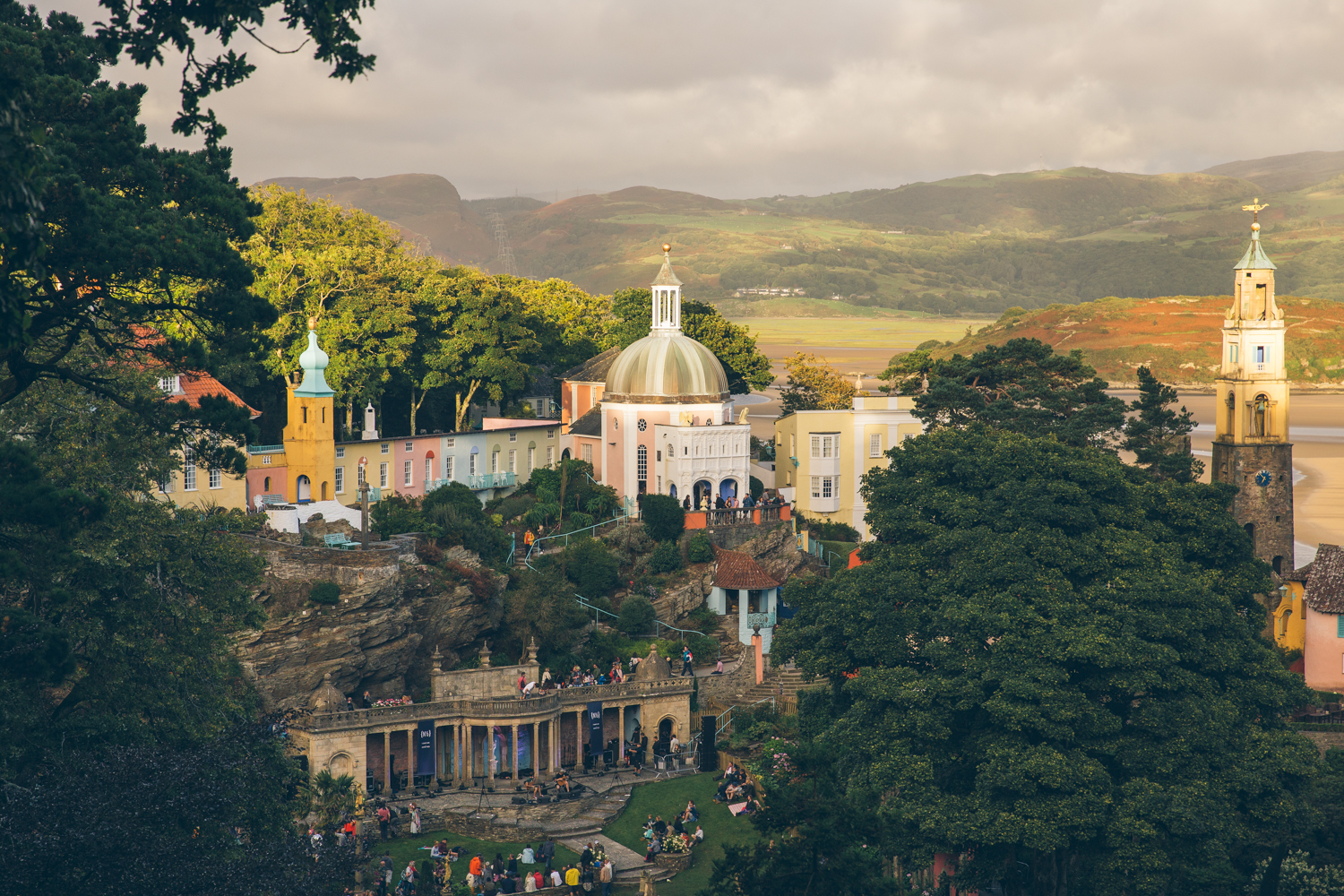 Now celebrating its 90th year, Portmeirion was originally designed and built by Sir Clough Williams-Ellis between 1925 and 1975 in the style of an Italian village, clearly visible from the charming architecture painted in an assortment of colours. The whole setting of the festival is rather surreal, with deceivingly small buildings that trick the eye, an enchanting woodland that stretches far up into the cliff-side, and coastal scenery that could rival any Mediterranean beachside.

The journey itself is a dreamlike voyage through the grassy Welsh valleys. Every which-way you glanced there were hills of vivid green that stretched out as far as the eye could see, with sheep grazing like white fluffy clouds amongst the emerald grassland. 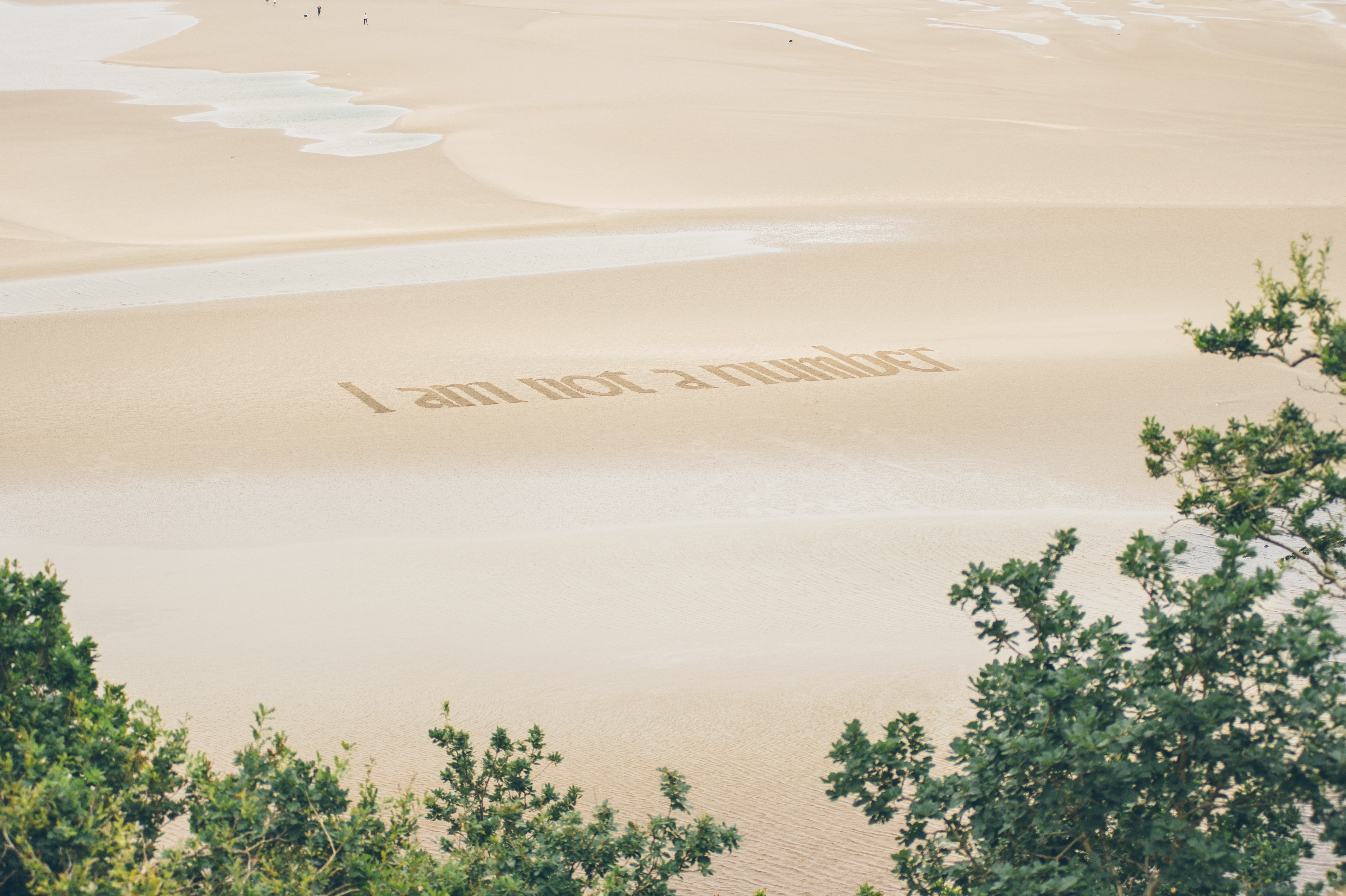 When we eventually arrived at Portmeirion, we departed the coach and were immediately greeted by groups of festival-goers carrying tents and luggage, all walking in the same direction. This seemed to be the path towards our campsite so we headed up the hill to claim a suitable spot. The view we had managed to bag ourselves was impressive to say the least, with rolling hills in the distance and the whole festival venue within our sights, we couldn’t wait for the weekend to begin.

For four days, the festival divides Pormeirion into a whole host of different venues, from the main ‘Stage No.6’ to ‘The Grand Pavilion’, the ‘Estuary Stage’ which boasts its own swimming pool and a breathtaking view across the bay, to the ‘Lost in the Woods’ stage, nestled deep within the Portmeirion forest. The festival even has its very own ‘Merion Rouge’ where late night cabaret shows take place and finish well into the early morning. One of Festival No.6’s most iconic venues is the floating dance floor, hidden deep in the Gwyllt Woods, on the Chinese Lake, this is a must-visit for all festival goers. 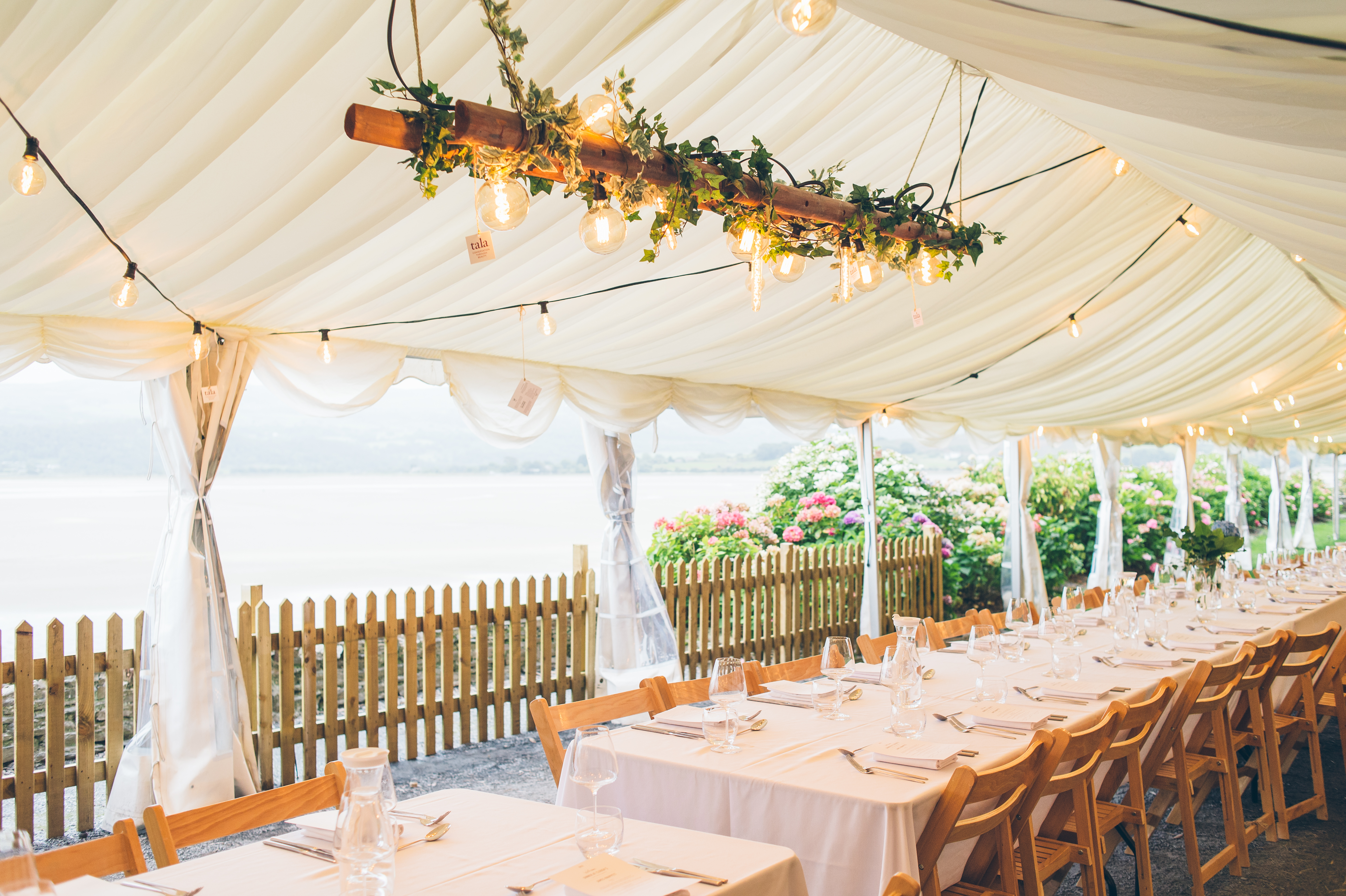 On the Friday, my boyfriend and I headed to The Village green, which offered up a fantastic selection of street food; none of your hot dog and chips here, each year the festival pulls together over 40 of the nation’s finest street food operators, creating a diverse mix of cuisine for an amazing choice of first-class food to go. The Welsh air was a little brisk in the morning, and so the warm hearty food on offer was a welcome start to our day.

I had spotted the festival make-up tent on the day of our arrival, and had booked in early for the next day, as I was told it would be very popular. The girls offered the most fantastic designs, either chosen from a carefully curated lookbook, or, like I did, you could ask for a tailor-made design. My particular creation was mermaid-inspired and included an abundance of glitter and gems (of course), and actually lasted the whole day. 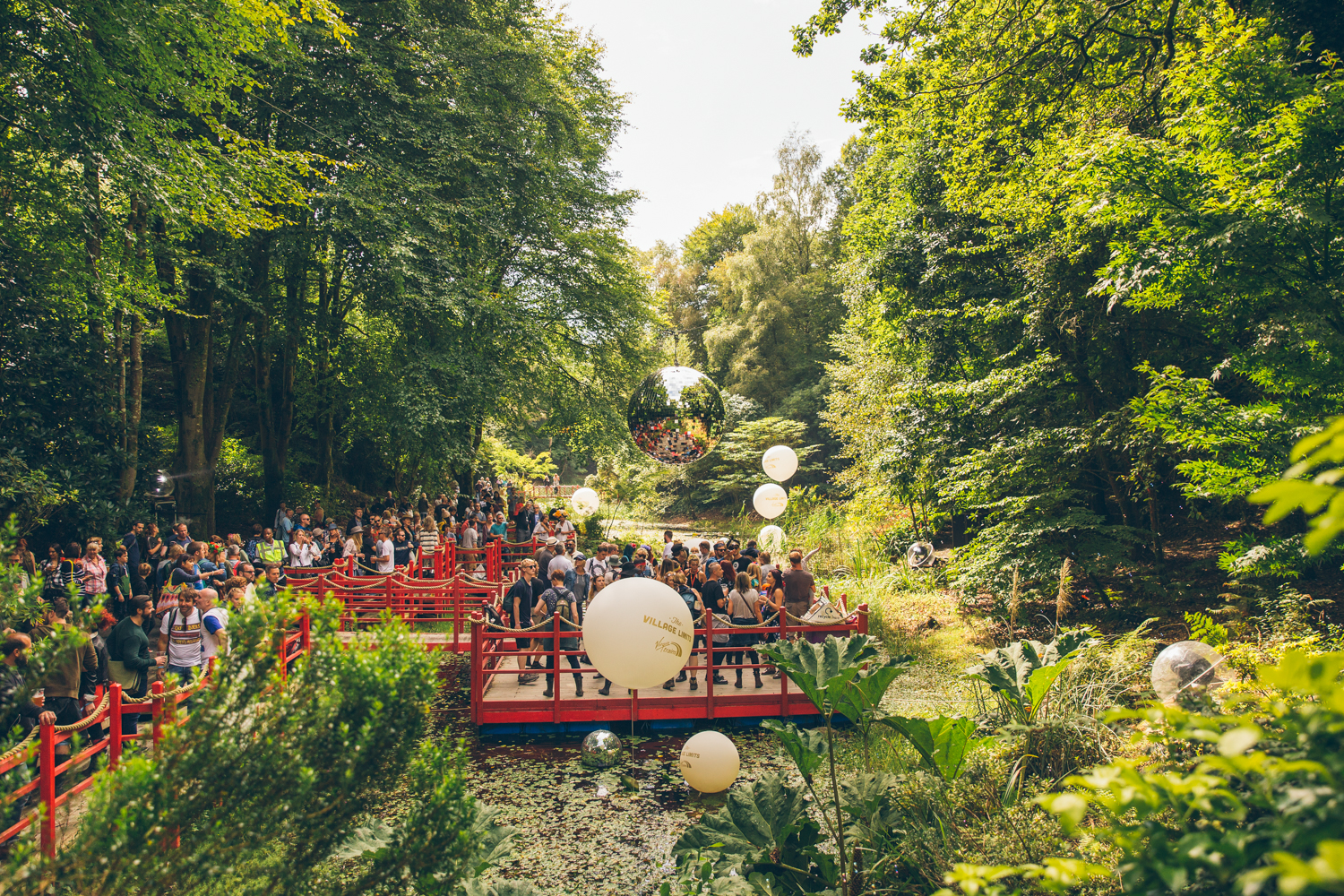 Our first day was jam-packed with musical acts, including the soulful vocals of Kelvin Jones, indie-funk band Habitats, one of my favourite festival discoveries, Clean Cut Kid, and headliners Kaiser Chiefs and Bastille rounded off a fantastic day.

Aside from all of the musical talent were the likes of Matt Abbott, a spoken word artist who is now recognisable from his recent appearance on a Nationwide TV advert; the spectacular torchlight parade which sees a procession of burning torches being carried by festival goers from the village to the main arena, and screenings of unseen episodes of the cult British TV series ‘The Prisoner’, which was filmed in Pormeirion and of which the festival gets its name from. 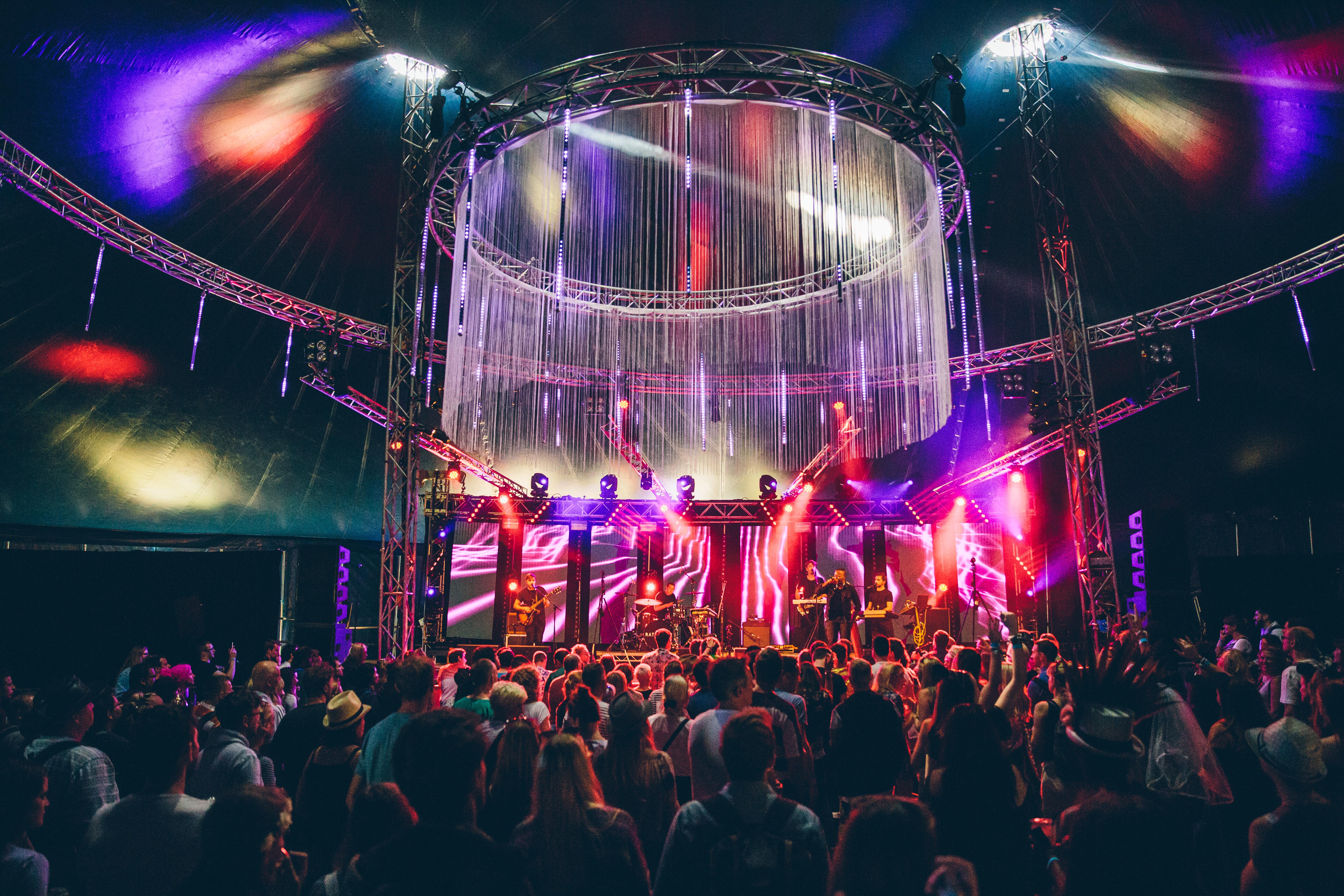 Despite the rain on day 2, spirits were high after the previous night and everyone was looking forward to the day’s offerings. A debut No.6 performance by comedian Johnny Vegas helped everyone to forget the bad weather; the mellow tones of songwriting duo Oh Wonder were utterly spellbinding, hotly tipped band Blossoms played their catchy pop-rock on the main stage, and the electronic sounds of Hot Chip headlined in the evening, packing out the venue. The Brythoniaid Male Voice Choir was another highlight of the day, with their moving covers of classic songs as well as a hearty rendition of the Welsh national anthem.

After two days of rain, Sunday was pretty muddy, as you can imagine. This is definitely a wellington-boot-essential festival. Despite the mud, the weather had actually perked up for the final day of the festival, which was lucky as this was going to be our busiest day of all. 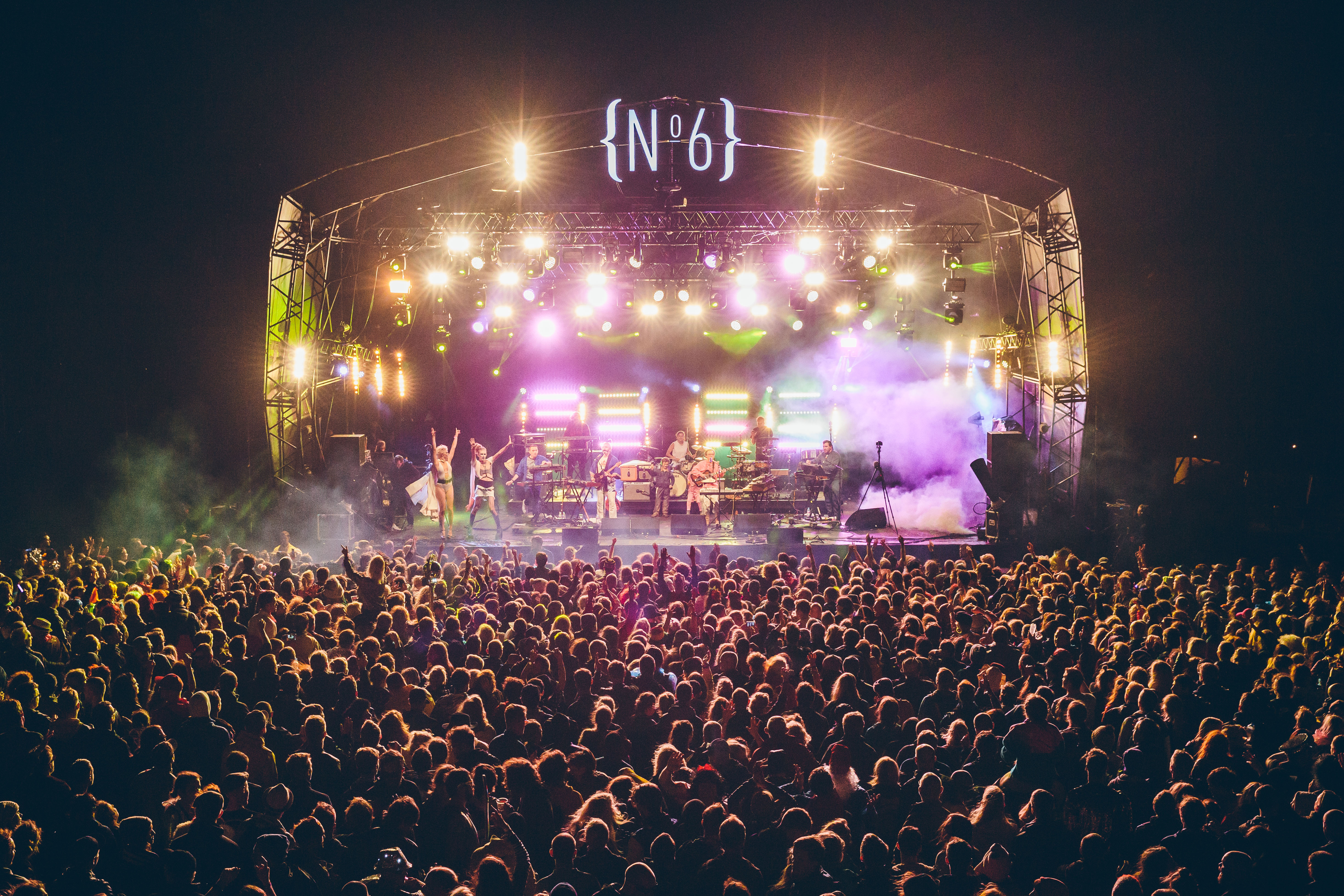 After discovering the most delicious peanut butter filled crepes, we walked through the Central Piazza only to be met with the colourful carnival procession advancing towards us. We managed to squeeze into some foliage and enjoy the parade from extremely close quarters, the giant dancing feathers brushing past us as those involved smiled and laughed in our direction.

Stage No.6 played host to songwriter Frances, who’s emotive and personal songs completely captivated her audience. Next up came a brilliant two hours of comedy performed at The Gatehouse, courtesy of Aisling Bea, Joe Lycett and Mark Watson. These three comedy giants reduced their eager crowd to tears of uncontrollable laughter – especially since most of Mark Watson’s routine had been swapped for his hilariously improvised tale on how he almost didn’t get to the festival at all. 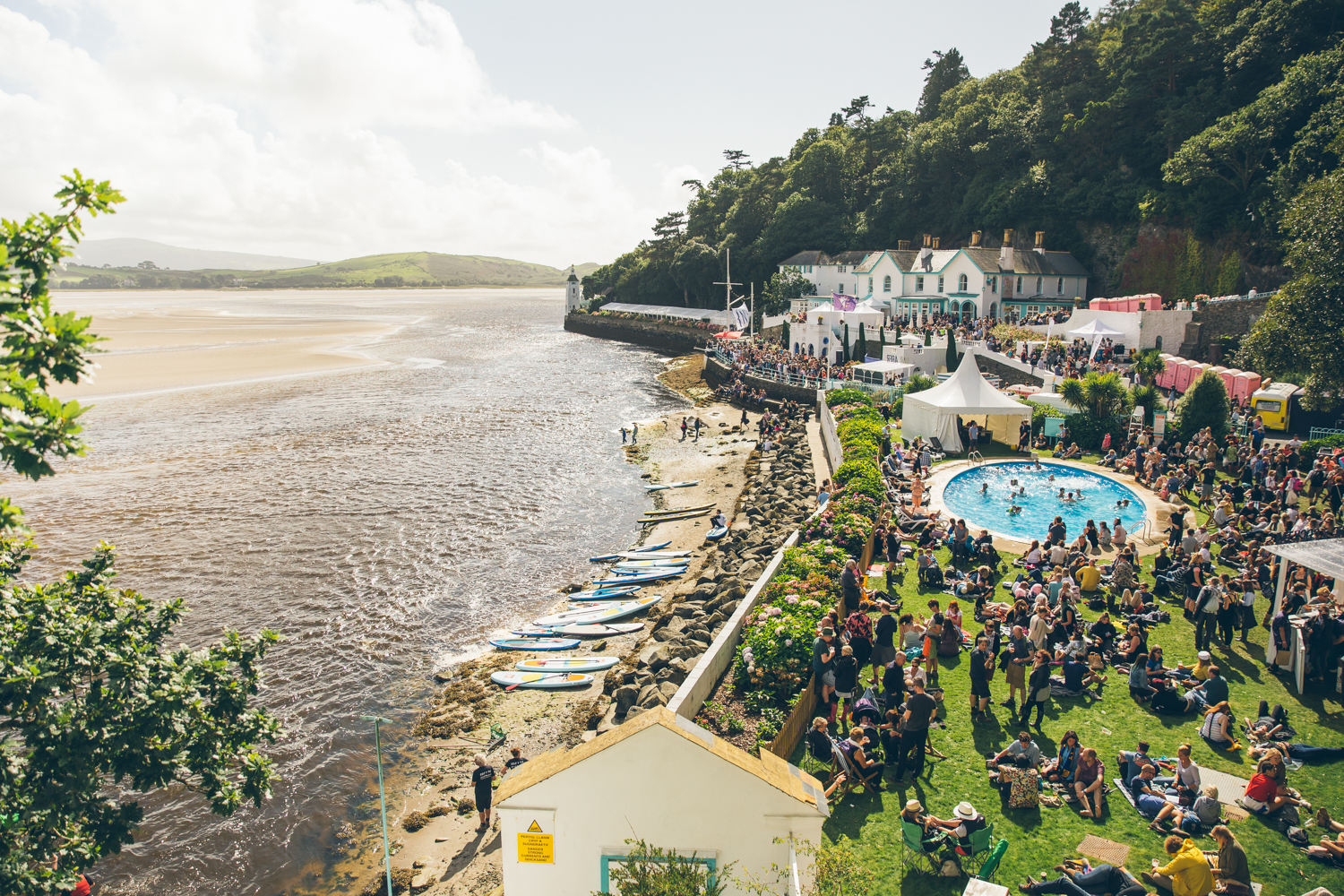 German Duo Milky Chance were followed by the beautiful acoustics of Lucy Rose in the Grand Pavilion. Of course the final headliner was the most anticipated of the festival, and Noel Gallagher’s High Flying Birds did not disappoint. To hear some of the most iconic hits of a generation played live was surreal to say the least, and just to add to an already brilliant night, Noel decided to welcome former front-man of The Jam, Paul Weller, onto the stage.

‘Town Called Malice’, ‘Wonderwall’ and to finish off ‘Don’t Look Back in Anger’ – the night had been truly special.

One of the best parts of a festival, in my opinion, is the collective walk back to the campsite after a headlining set. The buzz of having seen someone such as Noel play live just creates this amazing atmosphere; in that moment everyone feels as though they have shared in something extraordinary.

That to me is what Festival No.6 epitomises: the extraordinary. 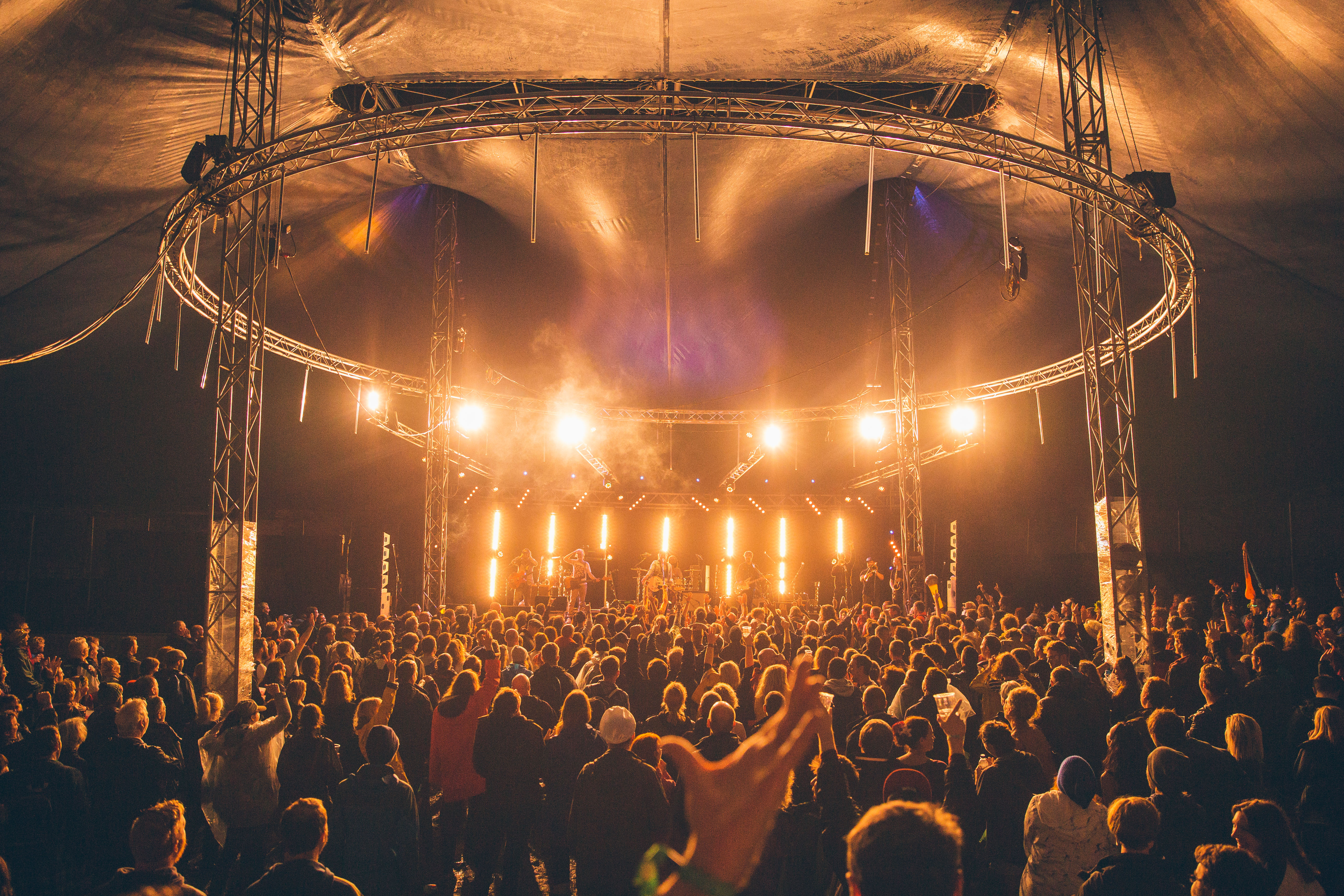