Gray Malin, the vanguard of aerial photography and vibrant, dazzling colour-drenched photos has been hailed for his dreamlike shots from around the globe that induce a sense of escapism in the viewer. From cities to beaches to deserts, animals to swimmers to celebrities, his style fits any subject but will eternally be irrefutably his signature aesthetic.

The Texas native rose to fame in 2009 with his Prada Marfa series, shot in Marfa, Texas; this is when we first became acquainted with his love of the linear. From there, the world’s most beautiful coasts became the subject of Malin’s flânuer as he produced a series of birds-eye shots of the world’s most colourful coastlines. His appreciation of art and beauty has brought him to all corners of the globe, from the Bolivian salt flats to high-rises in New York City. It’s through his creative eye and imagination, and a cleverly angled lens that Malin has brought photography to the forefront of contemporary art.

Like many of us who dream to create something beautiful, something worthwhile, Malin began his career as a hobby.

He revealed: “I started taking pictures when I was a teenager, I never really thought of it as a viable career but never gave up on the dream.”

He began his venture into photography in a traditional way, with black and white film. His use of bold and vivid colours has become part of his signature style and something that has gained him worldwide recognition, but whether black or white or colour, for Malin, the composition of the image is what evokes a response from the viewer.

He explained: “Being a good photographer is about having a personalised point of view. As for a good image, this is, of course, subjective. For me, it always starts with the composition. Regardless of the subject, if the image is presented in an intriguing way, then it has my attention.”

What inspires Malin, in turn, inspires his imagery. Speaking of his creative direction, he commented: “I like to create imagery that stops the viewer in their tracks. Ideally, there is something about the image that someone connects to, and it triggers a positive emotion.”

Perhaps Malin’s photographs arouse such strong emotions from admirers because he offers an entirely new perspective, one that we’ve never seen or would never have believed we would see before. It is this gift that he offers those who get lost in his images, those who feel the connection that he strives to extract from the moment he focuses the lens. 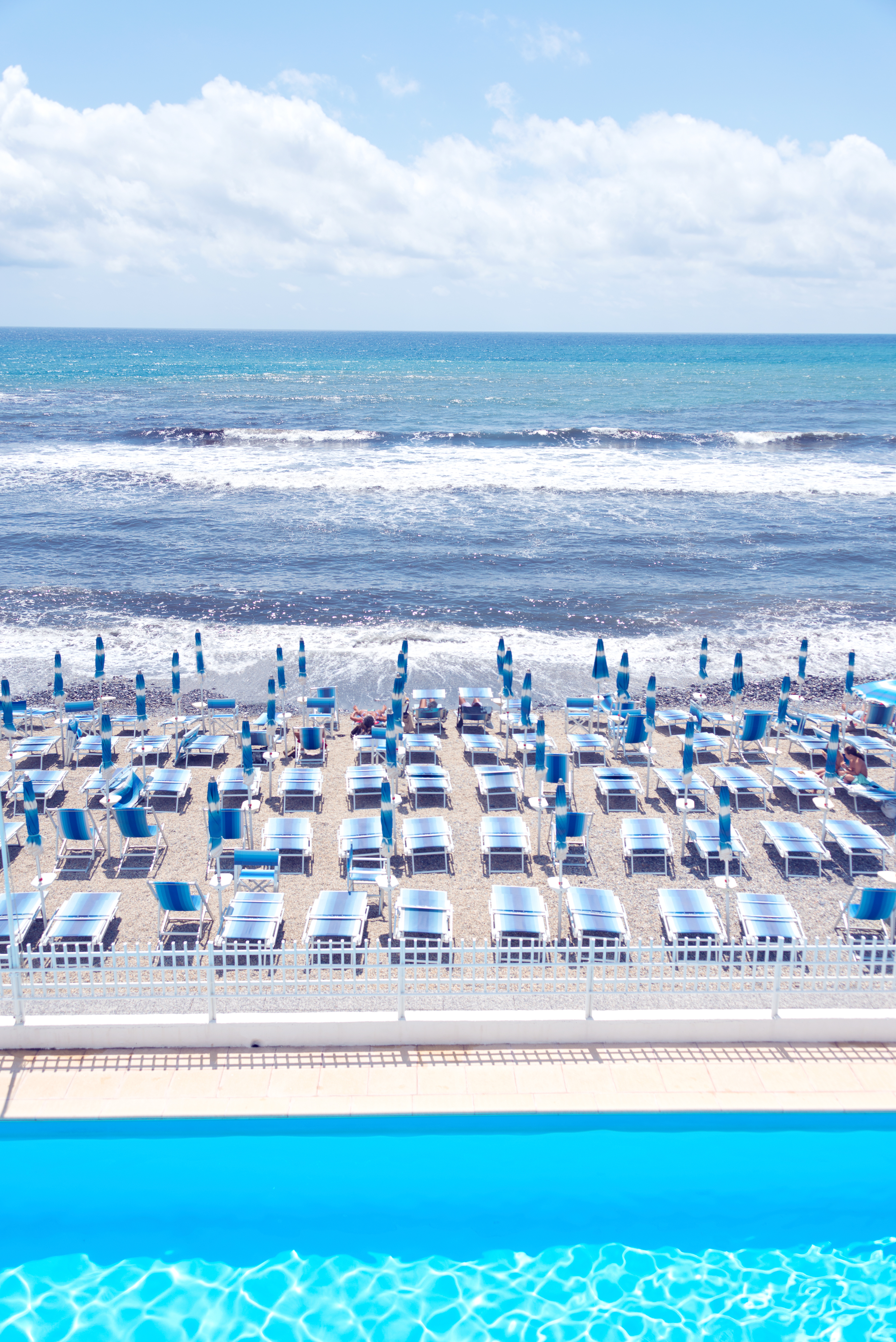 It’s difficult to imagine how the inner-workings on Malin’s imagination bring about such visually gratifying results, but for the photographer, it can be a moment in time or a lifetime in planning.

He revealed: “The aerial series such as A La Plage & A La Montagne are more about capturing the joyfulness of being at the beach for a day of sun or hitting the slopes during your winter holiday. There is no instruction ahead of time; I’m simply flying above these moments and capturing the ones that catch my attention.”

He continued: “Whereas, for a series such as ‘Gray Malin at the Parker’, I certainly had very specific shots in mind. I created an entire storyline ahead of time and cast the characters for their roles like the Bellman Monkey greeting you as you arrive or your friendly Porter Camel.”

Such intricate and inspired artworks don’t come as easy as a point and shoot moment. Malin regards that his most taxing shoot was for the ‘Art of Living’ series.

He confessed: “Shot in Bora Bora, the concept was to create a juxtaposition of organic beauty with man-made designs. To accomplish it, we worked with local engineers to build the 15 x 15 foot mirrored platform, as well as freight-shipped all of the mid-century modern furniture utilised in the series. It was a lot of work, but the results were well worth it!” The beautiful thing about photography, and art generally, is that it can take you all over the world and connect you with people from other cultures without any need for an understanding of each other’s languages. The image, whether it is standalone, part of a series or included in a photo book, will speak to each person individually and allow for a mutual appreciation across language barriers.

This concept is true in Malin’s photobook BEACHES, as the beach serves the same purpose for everyone; somewhere to escape, seek freedom and joy. For the project, Malin trekked to six continents to photograph more than 20 beaches from a daring aerial viewpoint. To achieve these famed shots, Malin would be harnessed into a door-less helicopter that allowed for him to hang out the side to get the perfect snapshot – he still managed to maintain his perfect geometric style while battling the elements from above.

Malin’s wanderlust-inducing works feature some of the most popular destinations in the world, but he regards that Cape Town, Bora Bora, St. Barth’s and the Whitsunday Islands as some of the most photogenic destinations. Nonetheless, whether a glistening beach in French Polynesia or a back alley in Birmingham, we’re sure that Malin would create something of true visual splendour. 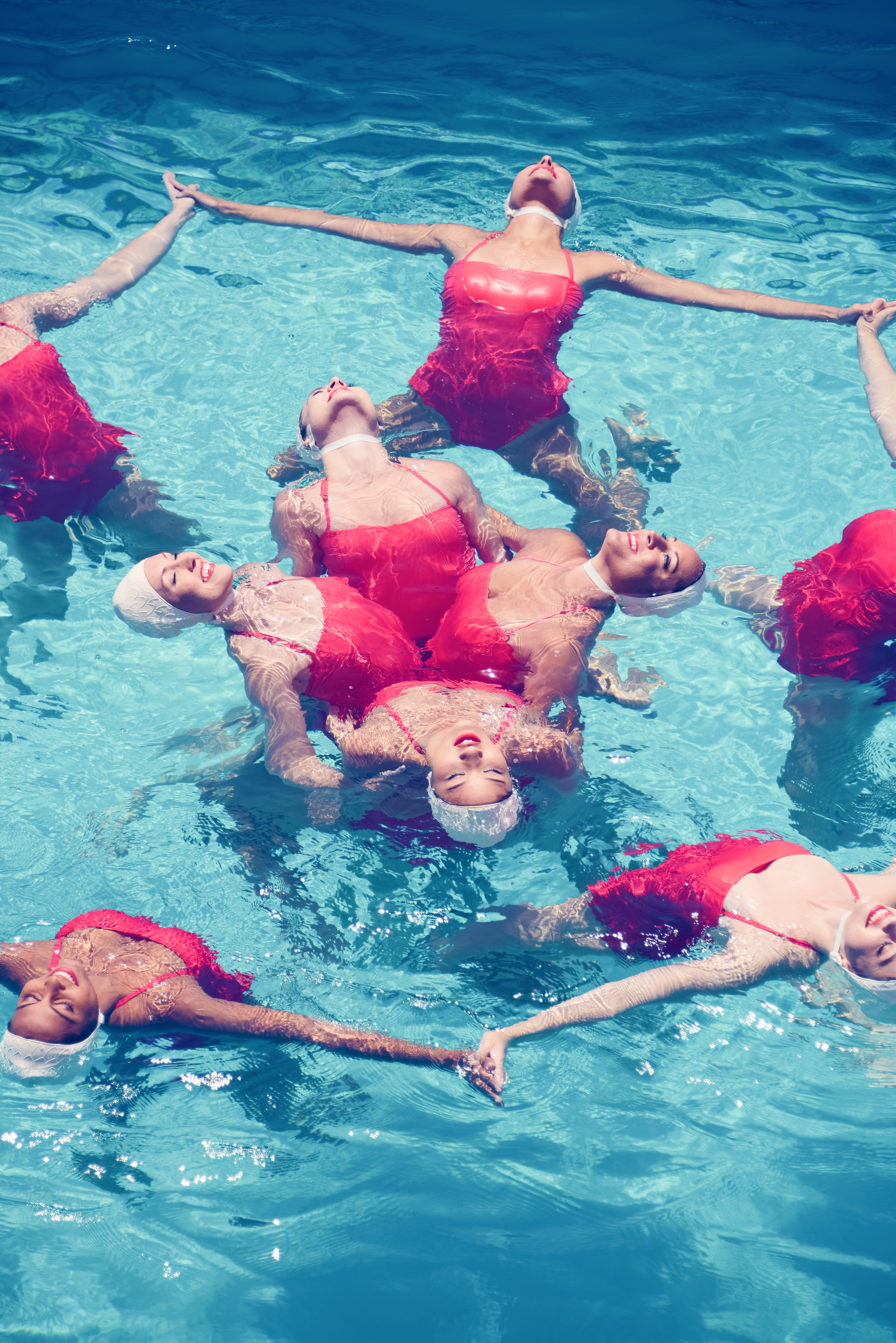 For Malin, success comes from authenticity and embracing the moment that brings the shot together. When asked his most unforgettable moment when on set, Malin joyfully recalled: “When I shot Bhutan: Land of Happiness, we had to specially ship helium via India into the country, to fill the balloons for the shoot. It was so magical as the village’s kids gathered around, they had never seen balloons with helium before, so it really made their day!”

From conception of the idea right through to the response of the photographs spectator, Malin’s imagination and imagery evoke the strongest and most gleeful emotions from all involved in the process. Perhaps Malin’s photographs are the balloons with helium that we all need to overcome the darkness in the world so that we too, live in a land of happiness.