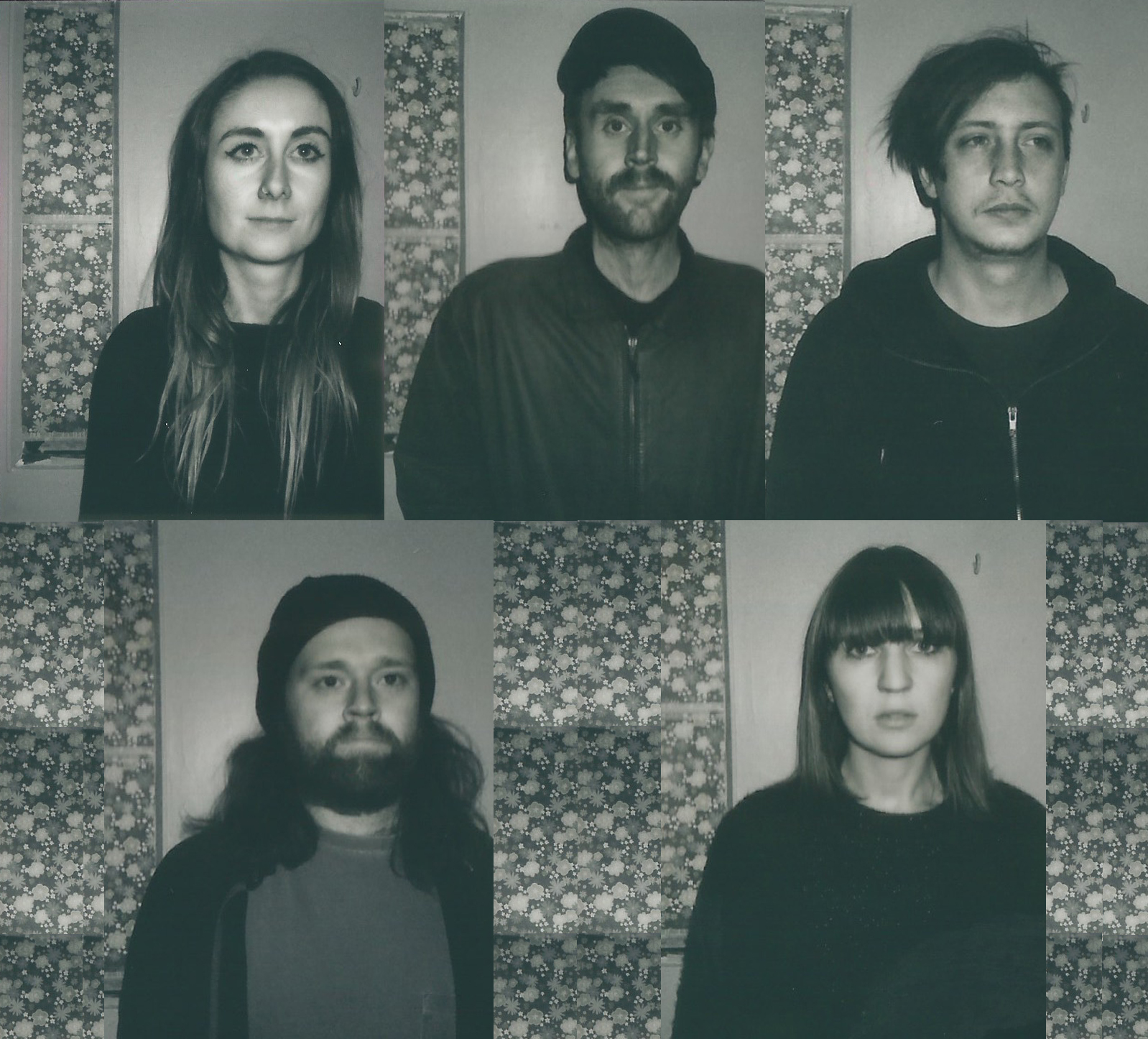 London-based quintet Dignan Porch have the kind of cinematic name that piques one’s interest upon coming across it. There’s Joe and Sam on guitar, Hayley has the keyboard, Ben takes bass and Philippa’s got the drums. The vocals are Joe up front while Hayley and Sam do backing vocals. It all began when Joe started recording songs on a Tascam Portastudio at home and released the noisy guitar-pop under the moniker ‘Porch’. Soon after, Joe was generating a lot of heat from blogs and labels so decided to gather his close friends and start a band. He’d heard the prefix ‘Dignan’ in passing and said “as with any name it just ends up meaning what it is – it just means us now.”

Joe recalls how the songs he had first recorded at home ended up being released as the band’s first album ‘Tendrils’ on New York label Captured Tracks, home to the likes of Mac DeMarco and Wild Nothing. Ever since then, Dignan Porch have been finding new ways to release their music to the masses. The band felt that the traditional way of building up to a release felt overdone and so decided to spread their new recordings into three digital EPs which they drip-fed to fans throughout the year. ‘Golden Beak’ and ‘Don’t Try It’ are already available to the public, while the third EP ‘Haunt the Airwaves’ is set to complete the trilogy on 28th November.

Joe mentioned that working this way meant that the five-piece would have regular material for people to check out and would keep the momentum going. Dignan Porch have also explored releasing their music in the physical realm of vinyl, a music format that’s simultaneously a motif of nostalgia or zeitgeist depending on the listener.

“I’m not in awe of the sound of vinyl or anything,” says Joe, “but I do very much like how it encourages you to listen to a record as a whole, and of course I enjoy the act of putting it on the turntable and appreciating the artwork.” The band’s plan is to collate the trio of EPs and release them not only on vinyl but cassette, too. It’s not often you see music distributed via tape anymore. Their earlier EP ‘Creme’ has actually been released on a limited edition golden cassette. Joe says “it comes with a download code too, so you can use that if your Walkman is broken!”

Putting together concepts for their music videos is a sort of intrinsic process for Dignan Porch. Their keyboardist Hayley works as a freelance animator and came up with the animation for ‘Picking Up Dust’, which has racked up a healthy 19,000 views on YouTube. ‘Golden Beak’ is Hayley’s latest animation for the band; it sees two small characters following an adventure, paying homage to classic games like Journey, Shadow of Colossus and Zelda.

Having been inspired by the likes of The Fall, REM, Big Dipper and The Cars, Dignan Porch credit their stylistic influences to a variety of guitar and electronic music. Their music-making process comes down to Joe’s lyricism coupled with a chemistry that originates from knowing each other for a while, which is then put to chords. Joe revealed: “things usually gel nicely and we make new songs pretty regularly.” The band marks their trilogy of EPs as a kind of sonic badge of representation of where they’re at right now. Their second release ‘Deluded’ (2011) is considered their most popular; song 3 ‘Like it Was’ has extended beyond the band’s parameters with fans doing covers of this break-up track.

Four of the five members grew up in London, a place where they feel encourages escapism in the band’s music. Joe continued: “the act of making it allows you to switch off and surround yourself with sound.” The band likes to leave their lyricism open to interpretation and cites them as a collage of feelings.

‘Haunt the Airwaves’ is out on 28th November via label Plastic Stuff.