In Conversation With… The HeavyTrackerz 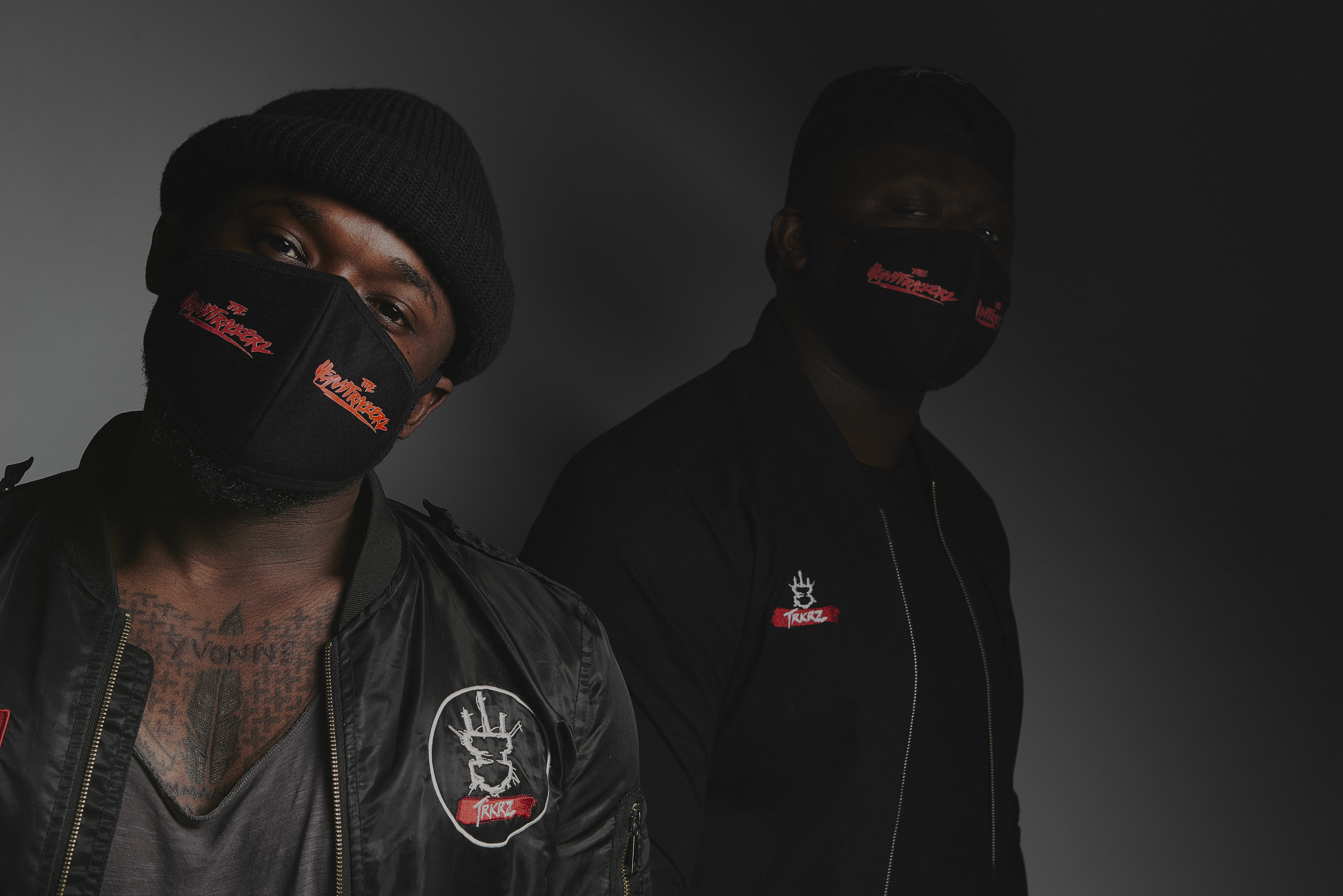 For a music genre that emerged in the early 2000’s, grime has come a long way. A sound that was significant to the underground music scene in the UK had few and far between mainstream hits. There was, of course, Dizzy Rascal, one of the pioneers of grime music, whose debut album, Boy in da Corner, went on to win the Mercury Prize for best album.

Fast forward ten years later, and it was JME and Skepta’s time to shine. Their friendship and affiliation with Drake brought their music and the grime genre to a new international level, especially in his latest record, Views, which features several UK references and collaborations. However, with the rise of Stormzy and his critically acclaimed debut album this year, becoming the first grime album in history to reach number one, there is no doubt that grime has had a resurgence.

While grime MC’s are the faces of the genre, the sound that developed from UK garage and jungle, using syncopated breakbeats is what truly makes the style so distinctive. It is unsurprising then that production duo, The HeavyTrackerz, heavyweights in the grime industry, and believed to help to launch the careers of Stormzy and Meridian Dan, having produced ‘Standard’ and ‘German Whip’ have just released their debut album, Odyssey: A Musical Journey. I catch up with Tank and Tee to discuss the new record.

When I mention these achievements, it’s great to see that they continue to stay grounded. Tank informs me that his biggest highlight is creating their album, while Tee goes on to say, “Mine would be just churning the idea into something. Just the fact that you guys know The HeavyTrackerz, and we’re here having an interview about it. Can’t be bigger than that.”

The duo have been in the industry for over a decade and reminisce about how they first started out and formed The HeavyTrackerz.

Tank tells me, “It all started with four of us – myself, Tee, our mutual friend and my brother Ted. We formed from a hobby; there was a game on PlayStation 1 called ‘Music 2000s’, we started playing on that and then eventually took it seriously.”

“We started using our student loans to buy equipment, rented a few studios around town (got kicked out a few times), and here we are. There were a lot of studios. It was a mad graft to get to where we are.”

Tee adds, “It’s kind of hard to answer what has been a 10-15 year journey with one question, but it’s the way we’re sitting here right now in the studio. Instead of doing crime we just wanted to make music.”

“I think Tank’s motivation was more because we used to listen to grime sets on pirate radio stations. Sometimes they’d play sick beats, and sometimes there would be a section where they would play some rubbish tunes, and I remember Tank used to be like “We can make our own, you know!” And that was it. We were tired of listening to what was on the radio; we just wanted to make our own beats.”

It’s always interesting to hear about the creative process, especially as a duo. Tank explains, “I think it’s finding a middle ground with who you’re working with and having the same goal. That’s what motivates us; I might sit there and make a beat. I’ll start a beat and Tee will jump in and say he has an idea or he wants to add something else. Having that middle ground of understanding is the strongest point.”

Tee adds, “Sometimes before the beat is even finished, we’re already on the phone speaking to the person we want to jump on the tune, telling them that we’ve already written the hook.”

“The bad thing about being known is that we make less music, but we work more efficiently – none of the music we make is getting wasted now. Before, we’d sit down and make 20 beats a day, but when you think about it, you’ve got to get rid of 80% of it. Now, every tune counts.”

The album itself is very diverse and tells the story of The HeavyTrackerz journey in the music industry. It is a great body of work that took three years to perfect and a record you will want to listen to from start to finish.

Tee explains, “We treated each chapter with its own purpose. We started off with an education of grime by Noel Clarke. ‘Control’ is the first tune on the album for a reason; it’s what the album is about. Then you’ve got ‘Rudeboy Flex’, which is a massive middle finger to the system with an ‘I don’t care’ kind of vibe.

“After that, we go into the second stage which is the DJ show – which is basically what happened to us, from making grime beats to being told that we need to go out there and be DJs. So we have three hype tunes based around that time for us.”

He continues, “The reason we have ‘Feel The Love’ on the album (I call it the Church song), is because that’s what we want to do and want to make – we want the choirs involved in our music. Hence why there’s an interlude following that asking ‘where’s the radio hits?’, which flows straight into the radio chapter.”

“Then we have the radio hits because you have to acknowledge the fact that you can’t just be in your bubble and make what you want – you have to give fans and audiences what they want too. We then move onto the comedown stage where we realise that music and the journey isn’t necessarily what we thought it might be.”

“Then we’ve got tunes like ‘Concrete Jungle’ that describe what we’ve been through and what we’re going through. Then we get to the money and ‘gold digger’ section – hence why there’s an interlude saying ‘we don’t need no education’, which is ironically showing that you do need an education in the music industry, whether people accept to learn from it or not. We ended the album with ‘Home’ because that’s where it all starts – it’s 360, you come back to where you start the whole thing.”

As producers, Tee and Tank have to rely heavily on collaborations with other artists to help them tell their story. Odyssey: A Musical Journey features a heavy cast of grime royalty with Ghetts, Lethal B and JME, as well as surprise voices such as Shola AMA, a nod to the esteem The HeavyTrackerz are held in by the wider industry.

When asked how these collaborations came about, it is clear that they have paid their dues in the sector and have worked hard to establish their name, not just by what they produce but by making an effort to get to know their peers.

Tee explains, “They came about through friendships and handshakes. I don’t think people do enough talking with each other in the industry.”

“Basic example – we’re so cool with Big Narstie that he’ll just call us to find out how we are. Little things like that make a difference, and it’s important. If you’re able to do that, then the rest of the people on the album came about because of our status of being like that.”

“But the majority of it is just a quick ‘Yo, bro’ and asking them to be part of it. Before the music, you need to socialise and speak to people. That’s why you need to go to their events before they come to your events.”

The HeavyTrackerz ambitions haven’t stopped at making their first record and have dreams to tour Odyssey: A Musical Journey.

Tee explains, “It’s crazy that for a genre that is making crazy money now, that it’s seen as weird that we’re trying to do a live show. Pushing grime to have a live show should be normal because it’s all about progression for us. There are big acts that are just on their own on the stage with a DJ using a USB and, for me, that’s not enough. We’re here to push this movement; we need to push it.”

Odyssey: A Musical Journey is out now.