In My Words: Jada Sezer 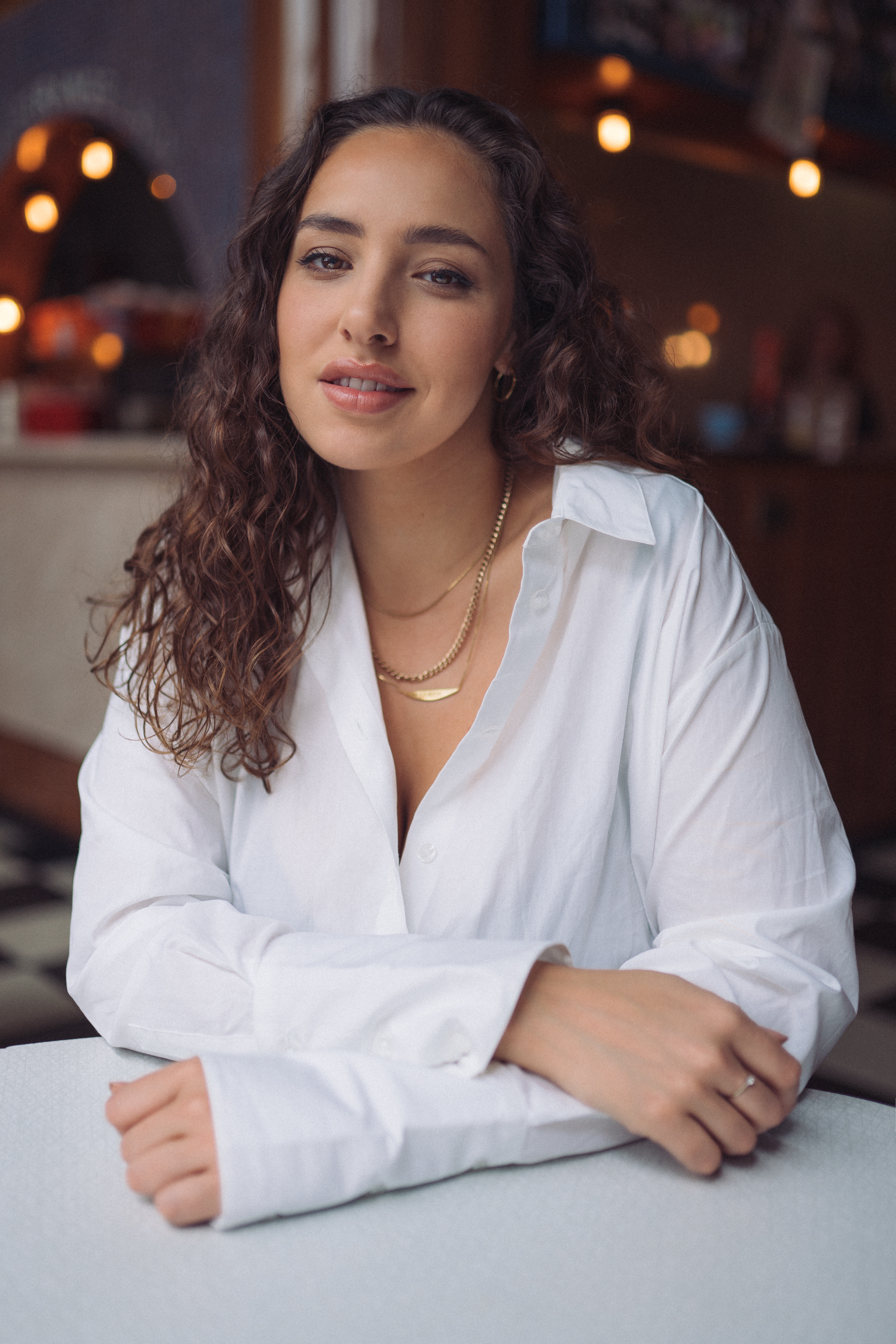 Curve model Jada Sezer has first-hand experience on the detrimental effects the fashion industry can have on confidence. She is part of the groundbreaking L’Oreal #WeAreAllWorthIt campaign and is an ambassador for Young Minds, a charity committed to improving the mental health of young people. In her words, she reflects on her quest to hold brands accountable for the effects advertisements have on mental and physical health.

Growing up, there was never a budget for books. My dad would tell me to choose whatever I wanted. It was his way of encouraging me to read but I don’t ever remember it feeling like a chore. Books were a treasure trove of adventures to be had and knowledge devoured. Education has always been a huge part of my household; I was enrolled into Violin classes at 12 and swimming practice up until 16. I don’t remember much about fashion or beauty growing up. My mum never wore makeup and my self-perception was healthy and rounded. My confidence was shaped by the positive reinforcement I got from simply doing what I loved.

By nature I’ve always been the curious type. This, teamed up with a family in the medical field swayed me down the path of Psychology; I went on to do a Masters in Child Psychotherapy. In the midst of my observations I found myself gravitating to the question ‘what makes people feel the way they do?’. I read up on dysfunctional parenting, trauma in childhood, some of the few very understandable, chaotic variables; which are very much out of our control. But then I looked into eating disorders, body dysmorphia which was a form of control. Many things triggered these disorders but the ones that stood out were the triggers from shiny images and bold messages in advertising. I couldn’t help but question what company has the right to make anyone feel inadequate?

Instagram had recently launched and this is where it all started. I called around a few favours from friends, asking them to take pictures of me. I’d buy fashion magazines, rip out the glossy pages that inspired me, and then we’d recreate it. This would be called modeling I guess but in my mind I wanted them to make a point that no matter what size you are, you can be beautiful. My pretend modeling images went viral on Tumblr and I was asked to be the face of the first ever plus size show during London Fashion Week. I was scouted by a modeling agency online and the rest is history. I signed, began working as a model and by the following year was living in New York. In that time I had shot for ASOS, Teen Vogue and walked my very first runway show, it was all very surreal. I love being able to work with big brands and represent someone that doesn’t look like a typical model. I’m a size 16 and embrace every part of my body. It was astonishing to work with people who felt the same.

But as fast as it was happening I was also quickly becoming disenchanted by my expectations of the platform I had built and its effect on the fashion business being ‘just a model’. I was working with plus size brands but high fashion was still not evolving.

I came back to London and joined the Woman’s Equality Party and campaigned for diversity on a political front. We campaigned during London Fashion Week with the hashtag #NoSizeFitsAll for designers to consider creating bigger sample sizes. Fashion houses have huge influence; they dictate trends not only fashion but who is beautiful or skinny enough to fit (literally) into their campaigns. These images are then propelled into our faces on billboards, across buses; and even closer via pop ups and sponsored ads, there’s no escaping them and we shouldn’t want to.

As I flick through the latest edition of Vogue, I can’t help but wonder why these brands wouldn’t want every woman and man to feel anything but the best. Not in the way an advert for a gym after Christmas breaks you down to build you back up, “hey fatty, lose that festive belly flab and become a beautiful worthy human again.’’ but in an inclusive humanistic way. Sounds idealistic, a bit Disney, but why not? I believe you do well, to do good; and these companies do very well.

The media isn’t the only threat to our sanity and self-esteem and I wanted to be involved on the front line to help tackle other issues not just within my industry. A few months later I became an ambassador for Young Minds, a charity which supports the mental health of children and young people. At YM we follow policies we want solidified in government such as cyber bullying laws. We keep informed on how much is spent in services such as Child and Adolescent Mental Health Services. #WorldMentalHealthDay is heavily promoted and generally we work with young people to tackle the taboo around mental health.

In February, everything I’d been working towards came together when out of the blue; I was asked to be part of L’Oreal’s ‘We Are All Worth It’ campaign. It was a huge billboard in Piccadilly Circus, with a diverse range of incredibly inspiring people. Different ages, races, body types and gender all promoting confidence and self esteem. L’Oreal teamed up with the Prince’s Trust charity to create a specialised space with workshops boosting these vital fundamentals. This was everything I wished I had seen as a kid; a reminder it’s ok to be you, just as you are.

Jada Sezer is represented by Models 1