To celebrate National Chocolate Week, I indulged in one of the best offerings in London Town, a chocolate spa treatment and afternoon tea at the grandiose Bentley London Hotel.

It was a beautifully mild autumn day as I walked down Harrington Gardens, one of the city’s most exclusive residential streets filled with several grade II listed buildings. After delightfully crunching on all the golden leaves on the ground, I arrived at the palatial Georgian building and walked up through one of the impressive arched doorways. I was immediately greeted by one of the wonderful concierge who escorted me down to Le Kalon Spa.

I was welcomed by Charlotte, the spa’s resident therapist who led me to the changing room and handed me a white fluffy towel, robe and slippers to change into. I walked across to the candle-lit, marbled Hammam therapy room; the serene meditation music calmed me immediately.

I disrobed and Charlotte covered me with a warm towel and started at my feet where she began to scrub me vigorously with an opulent mix of sugar, cocoa and almond oil. the perfect blend to boost collagen and circulation. The sweet notes of cocoa filled the room and by the end, I smelt like a chocolate cookie and felt brand new. 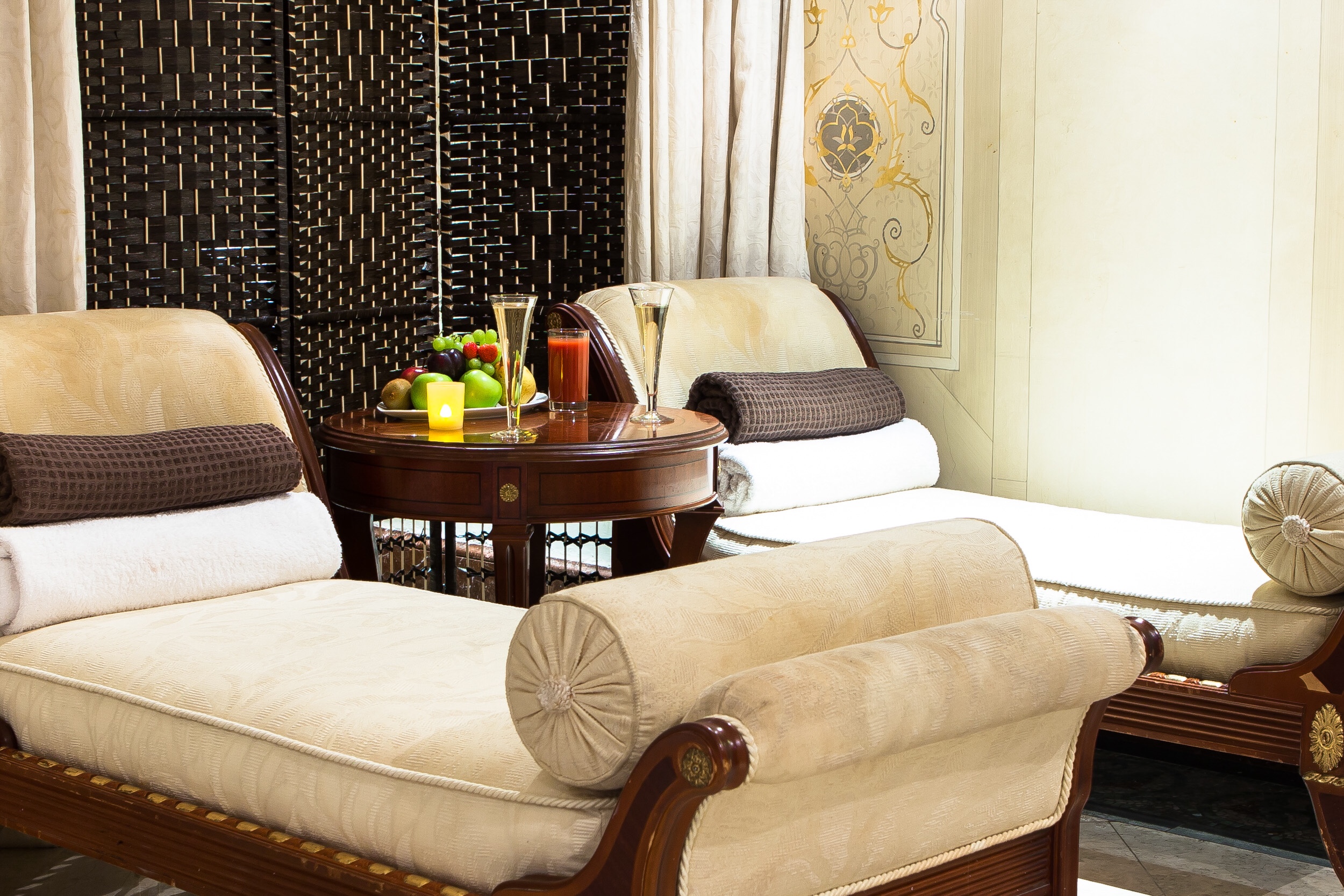 I showered off the scrub, my skin was silky smooth, and I returned to the room for the final part of the treatment. I was given a choice of an antioxidant Chocolate Facial or Fragranced Massage. Due to neck pain that had manifested over-night, I opted for the massage. Charlotte began gently rubbing my back with almond oil infused with a sumptuous chocolate essence. As she worked up towards my neck, she spotted the source of my pain straight away. “I can see the knots, they are incredibly tight,” she said.

Charlotte spent the next 30-minutes attacking the knots in my neck and shoulders intensely. It wasn’t the most relaxing massage I had experienced but i knew I was in good hands. At the end, Charlotte apologised for the firm pressure, she explained, “Normally it would have been a soothing deep-tissue massage but I had to press down a little harder to get the knots out.” She had created a new treatment just for me. My body felt achey after the massage but the pain had completely subsided; Charlotte had fixed me.

After the treatment, I felt completely rejuvenated. I walked down the lavish marbled staircase and over to the extravagant Peridot Restaurant with an extra spring in my step. I was seated in one of the tables over looking the beautiful restaurant lit by a grand crystal chandelier in the centre of the room and filled with plush Louis XV style chairs. 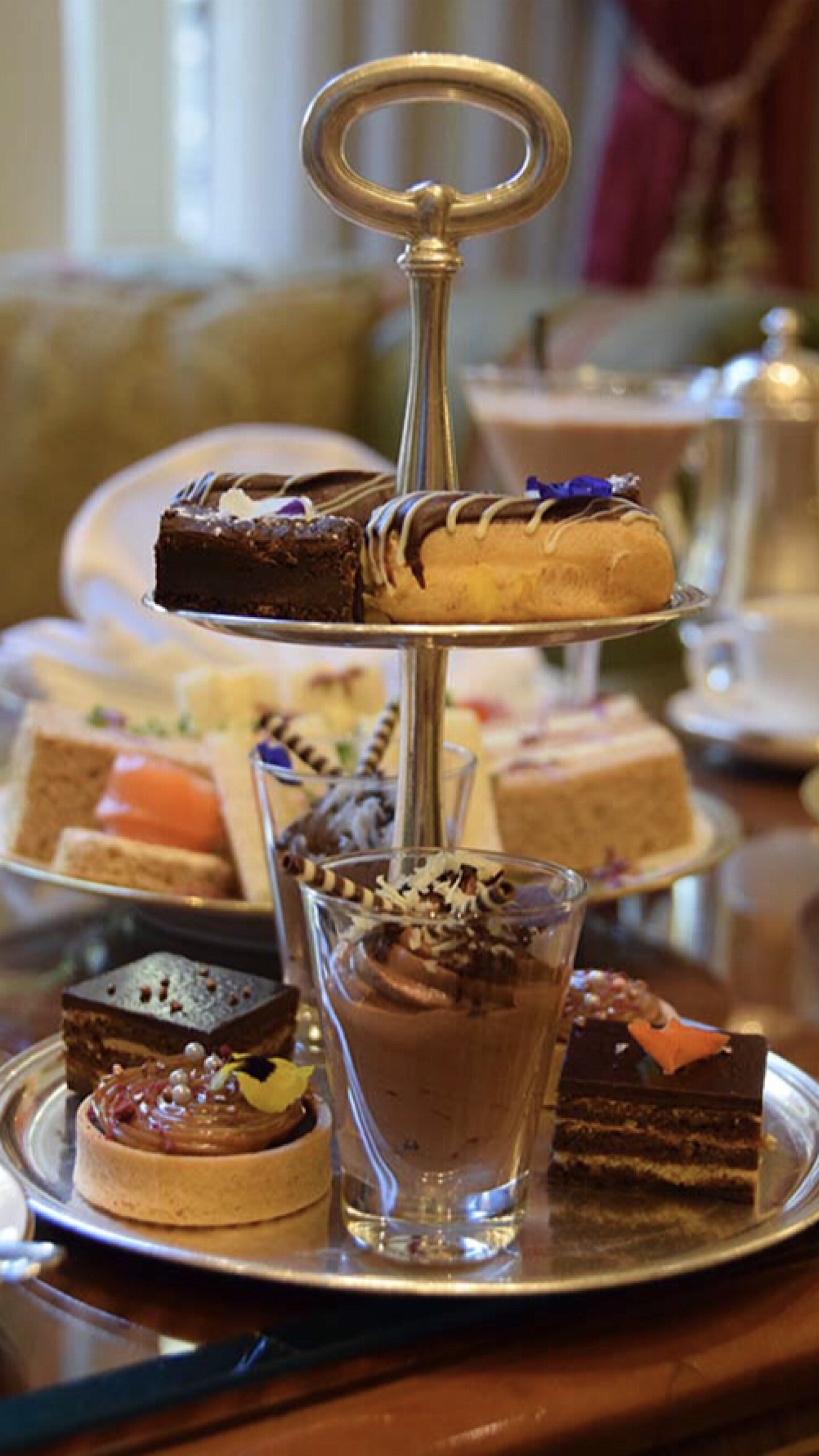 The charming waiter came over and explained the menu. He recommended the Tiramisu Tea Loose Leaf and the Divine Chocolate Cocktail made with chocolate liqueur. As my guest arrived, so did the selection of sandwiches including: Cotswold Chicken Coronation, Oak Smoked Scottish Salmon, Dill and Creme Fraiche and Burford Brown Egg with Mayonnaise and Cress and the sweet treats, all chocolate themed, of course, and included: The Dark Chocolate Ganache, Sea Salted Caramel Tart, Dark Chocolate Mousse and Hazelnut Poire William Chocolate Opera.

The special chocolate menus are only on until the end of October but I look forward to indulging again during next year’s National Chocolate Week.