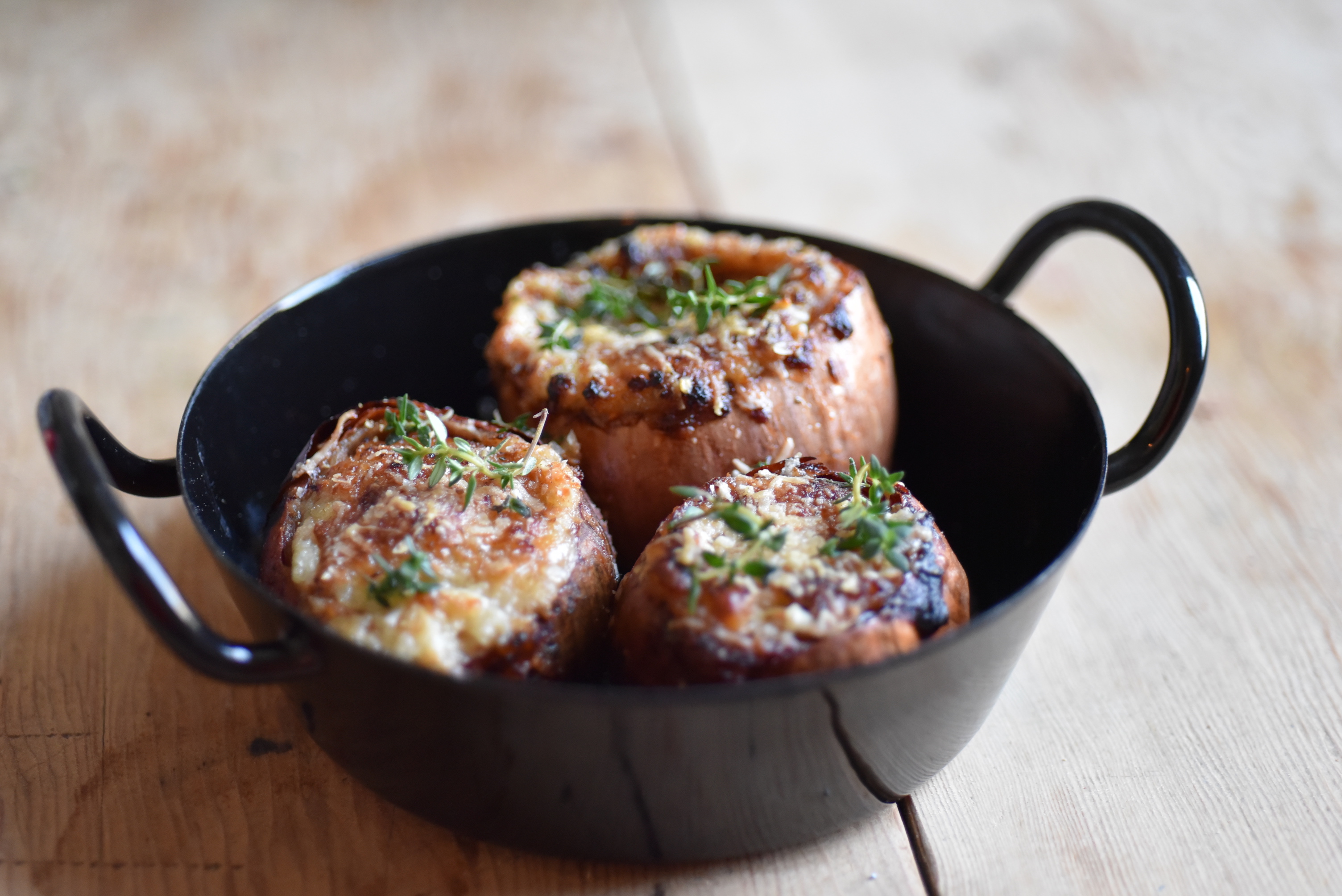 Having fallen head over heels in love with Italy after our summer road trip along the west coast this year, I couldn’t help but feel inspired to create an Italian themed menu at my most recent supper club.

This salt baked onion, combined with fresh thyme and Parmesan and finished off with crispy sage leaves is a total winner when it comes to a pleasing a crowd. You can prepare them well in advance and reheat when ready to serve. I especially love this dish as it manages to combine all my favourite festive herbs without any of them overpowering each other. This is well worth a try and is the perfect starter to kick off a killer Christmas roast.

Half a bunch of rosemary

Begin by preheating your oven to 200 degrees Celsius.

Place your onions in a baking dish that they fit in snugly arranging them so the tops are facing upwards. Sprinkle the salt around them holding them in place then tightly cover the baking tray in foil and place in the oven for one hour 30 minutes. If they are small, an hour will be enough. Once cooked remove from the oven and allow to cool slightly for ten minutes. Next take a sharp knife and cut the top third off of each of the onions and scoop out the insides, leaving two layers of onions as the cup. Using a sharp knife you can make a small cross in the middle of the onion if you’re struggling to remove the inside, this will help make it a little easier.

Next blitz up the contents of the onion along with the Parmesan, fresh thyme, salt, black pepper and sugar.

NOTE – If prior to blitzing the onion the onions don’t seem sweet/soft enough then roughly chop and place the onion with seasoning and herbs in a frying pan and cook over a medium heat for 20-25 minutes or until soft and sweet.

Once you have a smooth consistency remove the onion mixture from the blender and pour back into the onion shells, sprinkle over some extra grated parmesan and return to the oven until hot, golden and crispy on the top.

In a small frying pan add a generous glug of oil and heat over a medium to high heat before adding in the sage leaves and fry for a minute or so until they turn crisp. Remove and place on paper towel to drain some of the oil then sprinkle with salt.

Serve the onion with 2-3 bread dippers and eat straight away.

Her debut cookery book ‘Eat the Week’ launched this summer.