Roxy Sowlaty: Doing it Her Way E! has created an absolute phenomenon with its reality series ‘#Rich Kids of Beverly Hills’. It has been wildly successful and it isn’t hard to see why. The show follows the extravagant lives of 90210’s most elite young socialites. With its highly anticipated third season fast approaching, the cast is more in demand than ever. Of course, viewers are initially captivated by their supercars, Beverly Hills estates and designer wardrobes but this is far from what is at the heart of the show. I was keen to look beyond the superficial extravagance to discover the driving force of its popularity.

My interview with Roxy Sowlaty was scheduled for early on a Friday morning. We had come across a number of technical difficulties, every time I answered her FaceTime call, it would cut out before it had the chance to connect.

I must commend Roxy on her dozens of attempts to contact me; she rang through again and again. I spoke with her PR and suggested that we try a simple phone interview but Roxy wasn’t having any of it. After numerous attempts, Roxy switched tactics and called via her email, this time it connected.

As my screen burst into life, I was immediately thrown at how naturally beautiful Roxy was. She had just sat in her hair stylists’ chair and he had yet to work his magic on her, but the effect was still startling. She was doe-eyed like Bambi, framed with a fan of dark eyelashes. Her skin was creamy and flawless and her long, yet to be styled hair flowed over her shoulder in effortless waves.

Roxy beamed at me through the screen, revealing a perfect set of white teeth that any Beverly Hills resident would be proud of.

Roxy knitted her perfectly sculpted eyebrows together in confusion, then said: “That doesn’t look like London. Where are you?”

I followed her gaze, golden strobes of light were streaming into my room and the floor-to-ceiling windows showed spectacular views of Bel Air. I was staying in Bel Air for a few weeks on business and revealed to Roxy that I had completely fallen in love with the place.

We shared hilarious anecdotes on its extreme wealth and unattainable beauty. Roxy smiled knowingly, she said: “It is beautiful but Bel Air and Beverly Hills are complete fantasylands. Everything here is impossibly beautiful, from the estates to the residents. It’s like living on a movie set.”

She shook her head gently, then added: “Beverly Hills is my home but I don’t feel like it is real representation of life. For example, I have lived in New York and that’s a completely different way of life. London is the same; you can have a really good job and make a lot of money yet you live in a shoebox. In Beverly Hills, everyone lives in a huge estate with a guesthouse and manicured lawns.”

It was true. Bel Air and Beverly Hills are enchanted pockets of Los Angeles with majestic multi-million pound estates with perfectly manicured lawns the size of multiple football pitches, locked away like fairytale castles behind gilt iron gates.

I wondered whether growing up in this utopia, in a life of limitless privilege distorted her views on life and wealth. I asked Roxy how important wealth is to her and the age old question, can money truly by happiness?

Roxy looked up at me through a fan of black eyelashes and said frankly: “Short answer, no. Long answer, I can’t lie, I love beautiful and glamorous things.”

She added: “My parents have always been super hardworking. Throughout my childhood and even to this day my parents have instilled the importance of having respect and gratitude in my sister and I.”

Roxy thought for a moment, then reflected: “My parents created an beautiful life for us. I lived a very happy and privileged life but what is most important to me, is that I am able to maintain that life myself, without relying on anyone else.”

It is moments like this, when you see beyond the looking glass that have made #Rich Kids of Beverly Hills so successful with its audience. Yes, it is predominantly about a group of incredibly privileged and unapologetic socialites, with the world at their feet, however they are also carving out careers just like the rest of us and trying to make a name for themselves in this world.

Roxy in particular is a shining example of shunning the comfort zone of the title socialite and branching out on her own. When Roxy is not filming four days a week for the show, she is carving a phenomenally successful career for herself as an interior designer to the elite. Design is something that Roxy holds dear to her heart, she has even gone on to launch her own luxurious yet affordable home ware products, including a collection of candles.

She smiled warmly: “I adore being on the show but my design work is at the heart of everything I do. In the near future, I want to expand into creating other chic yet affordable home ware lines that everyone can enjoy, regardless of your budget.”

Her eyes lit up with sheer passion, she added: “I would love to host my own design show someday, now that is the dream.” 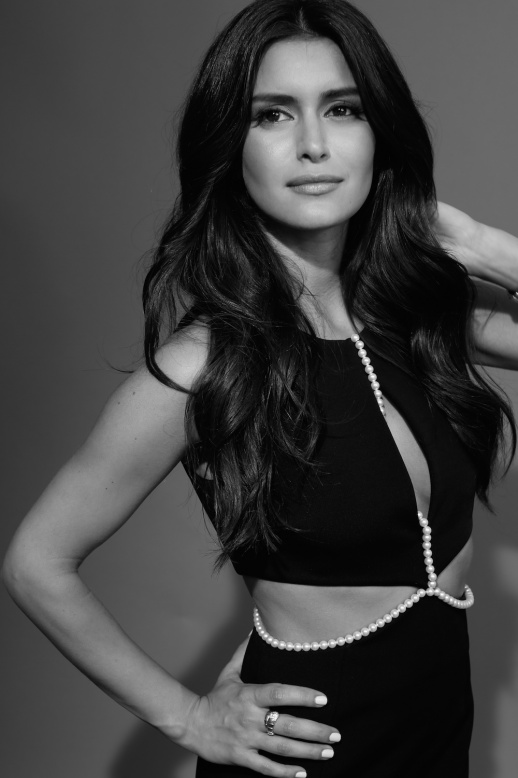 I was pleasantly surprised to discover that unlike most reality shows, the cast weren’t manufactured. They were all genuine friends before the idea of the show even arose.

Due to phenomenal demand, the season three episodes are being extended from 20 minutes to a full hour. The shows success is something that the cast are incredibly proud of. However, aside from its stratospheric success, Roxy’s main focus is maintaining her friendships with the rest of the cast.

She said whole-heartedly: “We are all on this crazy, ridiculous, extreme and exciting ride together. No one can understand what it is like apart from these other guys.”

The editing on reality shows is notorious; predominantly their goal is to make every scene as explosive and captivating as possible.

Roxy said frankly: “Filming is really fun but it can also be very intense. I am constantly thinking and worrying about everything I’ve done and said. I am always worried about how I’m portrayed. The cast are my friends and I love them, the last thing I want to do is upset them.”

She added: “It also really heightens your insecurities to see yourself on TV. It can be difficult, to hear back the things you’ve said when you are upset or angry. We are all human at the end of the day and we all make mistakes but ours are on TV for everyone to see.”

Roxy admitted that in the past she has struggled to wear her heart on her sleeve.

She laughed softly, then said: “I am a crier. I am that annoying person who is always crying in the car at sad songs or in movie theatres. However, in the beginning of the show I found it hard to show my emotions. Experience has changed that now though, I am more comfortable so now I basically let rip and I am crying all the time!”

When the trailer for the first season of the show was released, it was deemed to be very controversial and received considerable backlash from some critics that described the concept as ‘morally corrupt’. However, the cast has truly had the last laugh, as the show has been a roaring success.

Roxy sighed deeply, she revealed: “I don’t indulge in negativity. I honestly never read it because I just don’t care.”

Suddenly, she burst into a fit of infectious giggles.

She elaborated: “Any negativity that is aimed at me actually goes over my head but not my parents’. My mom especially reads all the comments and she gets super upset if she reads negative things.”

She added: “So, at the moment I am more managing my parents emotions. My mom gets offended enough for the whole family.”

Roxy revealed that she was currently in the studio, getting ready to film for the show. I told her that I was due to interview Dorothy Wang, her fellow cast member and best friend in a few days time. Roxy’s face illuminated, she jumped up from her seat and began wandering the corridors.

In hushed tones, she said mischievously: “Dorothy’s getting her make up done in one of these rooms. We’ve got to ambush her so you can say hi.”

Roxy eventually found Dorothy, who was in the process of having her lipstick applied. Dorothy tried to greet me but her makeup artist quickly instructed her to keep still so he could finish his job.

Roxy giggled adorably like a naughty schoolgirl as she rushed back into her dressing room.

I was due to attend a meeting and Roxy was due on set, so we wrapped up the interview.

Back in her chair, Roxy smiled sweetly, she said: “No problem, thank you so much for the interview, I can’t wait to read it. I hope you have so much fun in LA.”

Superficially, there is no denying that Roxy Sowlaty is an incredibly beautiful and privileged young woman with access to wealth and opportunities beyond most people’s wildest dreams. However, what is most notable about Roxy are qualities that can’t be bought; such as her infectious smile, disarming charm and admirable work ethic. I look forward to seeing what the future has in store for Roxy, one thing is for certain, it will be unforgettable.

#Rich Kids of Beverly Hills season 3 airs on 24th May 2015 on E! in America and will closely follow on ITV in the UK.