The Resurrection of Dappy 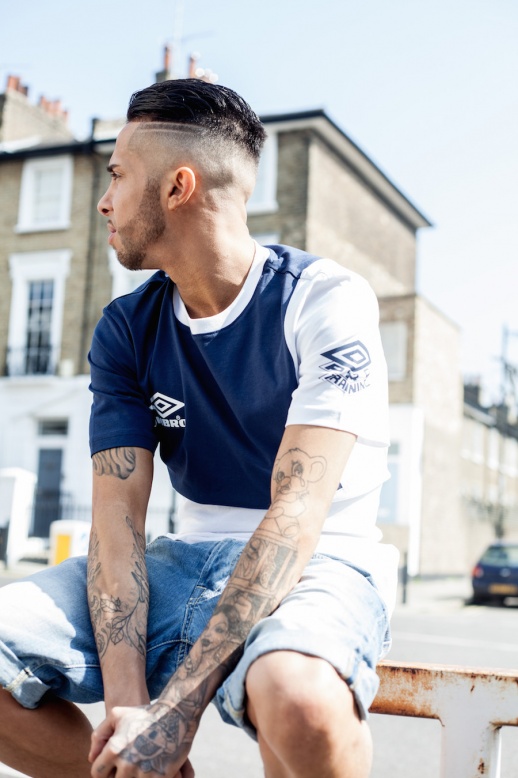 Dappy is a triple threat; an accomplished rapper, multi-platinum selling recording artist and songwriter. His phenomenal career has spanned over a decade and has led to critical acclaim both commercially and on the underground scene.

However, more recently, it is not Dappy’s musical achievements that have made headline news. Dappy has been plagued with financial woes and legal battles. I sat down with Dappy to find out more about the man behind the controversial headlines.

Dappy strolled into our office looking better than I had ever seen him. He was dressed head-to-toe in black, his hair swept up into a slick black quiff, his skin bronzed and glowing. He looked a world away from the young Camden boy who wore tracksuits and made the ‘Dappy’ hat famous many years ago.

The room was buzzing with his assistant, PR’s and our shooting team, but he smiled through the organised chaos. I was impressed at how professional he was, he immediately blocked out all distractions to give me his undivided attention.

Dappy is somewhat of a veteran in the music industry. I revealed to Dappy that I had seen him performing at a club in North London when I was just 15-years-old. That was almost a decade ago and I was amazed at how far he has come since then.

His face lit up and a deep laugh escaped his lips. He exclaimed: “Really? That’s crazy. I’ve been pursuing music since I was 11-years-old. I remember bunking off school when I was 13-years-old with a certain young boy and girl (Fazer and his cousin Tulisa from N-Dubz), to go to my dad’s studio.”

N-Dubz went on to achieve mainstream success with eight top 40 singles in the official chart and two platinum albums.

Dappy’s late father, Byron Contostavlos was a major musical influence in his life, and N Dubz even titled their debut album ‘Uncle B’ in honour of him. His father was something of a cult icon as a member of 70s rock group Mungo Jerry, who famously wrote and performed the classic ‘In The Summertime’.

When Dappy told me this, my eyebrow involuntarily shot up in surprise. An unmistakably proud smile illuminated Dappy’s face and he began softly singing the famous lyrics “In the summertime, when the weather is hot…”

Dappy is predominantly known as a rapper but he has taken another musical direction with his latest song ‘Beautiful Me’, taken from his forthcoming album ‘Miracles’. It is a tenacious ballad that documents the struggles that Dappy has overcome in recent years. 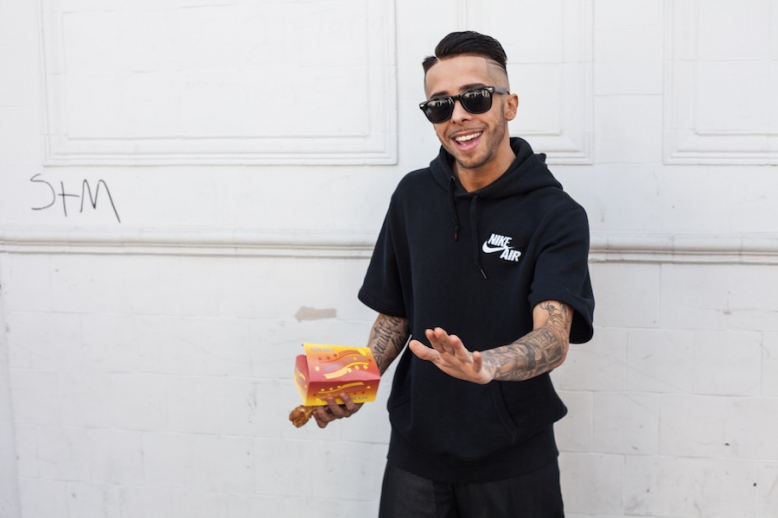 There is a particular lyric in the song that immediately pulled on my heartstrings, ‘They say that I’m a liar ‘cause I’m from an estate but what you say behind my back you know I’ll say it to your face’.

I asked Dappy whether he felt as though he had been treated differently because of his working class background.

Dappy nodded solemnly, then sighed: “I’m talking from the heart right now. From the beginning and even to this day, I have always felt a pressure to be extra polite and accommodating to make up the way I have been stereotyped by the press.”

Dappy caught my eye and there was a look of sheer defiance in his big brown eyes. He said: “I am fucking sick and tired of making excuses for my upbringing and who I am. I just want to be myself, is that too much to ask?”

Dappy revealed that he felt constantly stifled by the music industry and felt inclined to ‘tone down’ his culture.

He knitted his eyebrows together in frustration. He said: “I’m so tired of trying to fit in and be this man that makes other people feel comfortable. The music industry is very hierarchical and when I was younger that used to intimidate me.”

With the rise of YouTube, Sound Cloud, Spotify and more recently Tidal, online streaming platforms are changing the way that people listen to music. The new generation of listeners have a wider scope, rather than solely relying on what radio stations play.

It is this online movement which has enabled Dappy to achieve a spot in the top 20 with ‘Beautiful Me’, without the support of many major radio stations and two years since his last release.

Dappy revealed that this is solely down to his devout fans that have never faltered with their support. He has a loyal following that can never be diminished by radio stations or music industry influence. 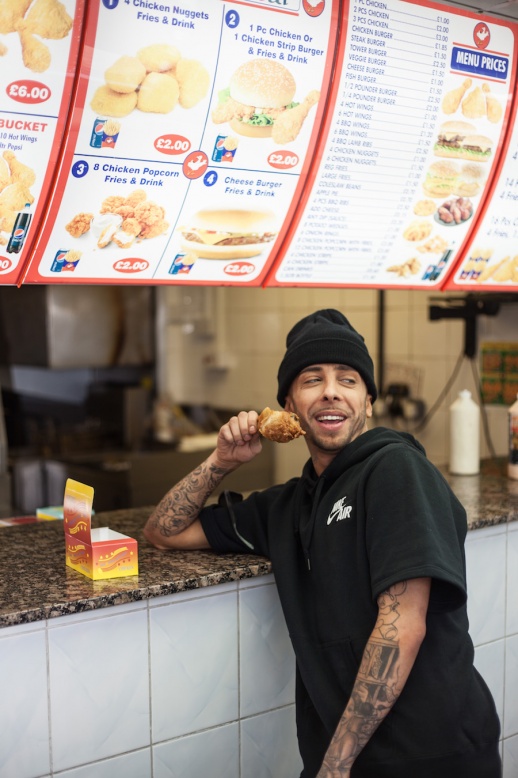 Another particularly memorable lyric in ‘Beautiful Me’ was ‘I made a mil’ and splashed it, did it all again’. It was so ostentatious and flippant, I was keen to discover how in retrospect, Dappy had coped with being exposed to fame and riches beyond most peoples wildest dreams.

Dappy rested his head on his palm and smiled mischievously. He revealed: “Picture this, you are 18-years-old and completely broke. The next day someone hands you a Coutts card with £30,000 on it to spend on whatever you like. Bear in mind, that all the days leading up to that you had nothing.”

He shook his head in disbelief and then elaborated: “Someone’s giving you more money than you ever thought possible and telling you to spend it like pocket money. That’s some sick shit. At 18-years-old I wasn’t equipped for that life; I didn’t know how to behave.”

He added: “The money changed me and when I blew it all, I spiralled into serious depression.” 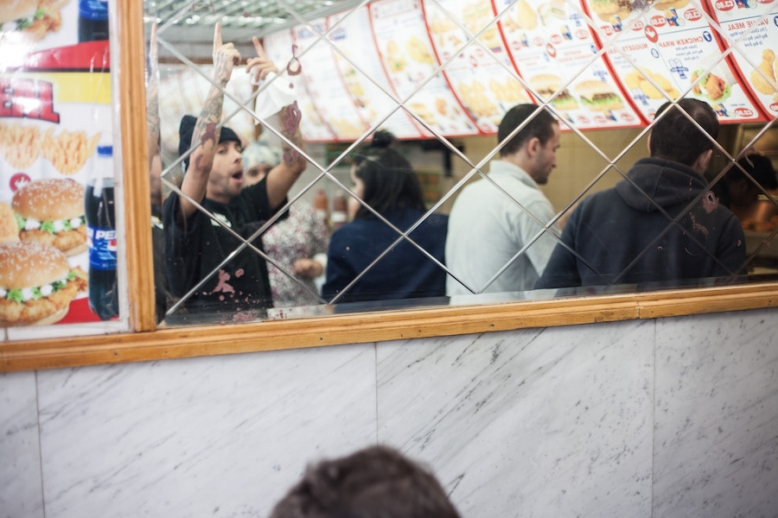 He sat up straight suddenly and said frankly: “I signed up to this great life; I released great music and thought it would be that way forever. Then I lost it and was told that I bloody better work that magic if I wanted to live that great life again. It is a very extreme life, full of ups and downs. It’s crazy, definitely not for everyone.”

He added: “So that is my life now. I accept that and I won’t complain because I signed up for it. However, these extreme ups and downs will never stop and that is pretty fucking scary.”

In many ways the media and the music industry turned their back on Dappy in recent years, but what I find most impressive is that, out of all of this, with the support of his loyal fans, Dappy has fought back. He never stopped challenging the establishment, kicking down every door that was slammed in his face.

Dappy shook his head in frustration; his brown eyes were wide with passion. He said determinedly: “If we keep releasing irresistible music they can’t deny it for long. We must stop allowing people to mould who we are. When did it stop becoming about the music?”

These days the press are more focused on the personal lives of those in the spotlight than the art that made them famous in the first place. It is a sad state of affairs, but with the rise of celebrity hounding such as TMZ and the Mail Online’s ‘Side Bar of Shame’, it doesn’t look like this will die down anytime soon.

Dappy’s entire life has been splashed on the front pages of newspapers, magazines and showbiz websites. Sensationalist accounts of leaked nudes, drug use, legal battles and possible financial ruin have plagued him in recent years.

Dappy openly admits that he has had more than his fair share of challenging moments, however it does seem as though the press have taken particular pleasure in depicting Dappy as a villain. I was keen to know how these experiences had changed his outlook on life.

Dappy looked sombre for a moment, he sighed deeply and said: “To be completely real with you, the most important thing I have learnt lately is to walk away from negativity. When I was younger I didn’t know how to do that. Whenever I was confronted, I would get fired up and make the situation worse.”

Suddenly he winked mischievously at me and said: “I’ve been in anger management for the last two years. I can’t lie; I’ve got a real tiny temper. 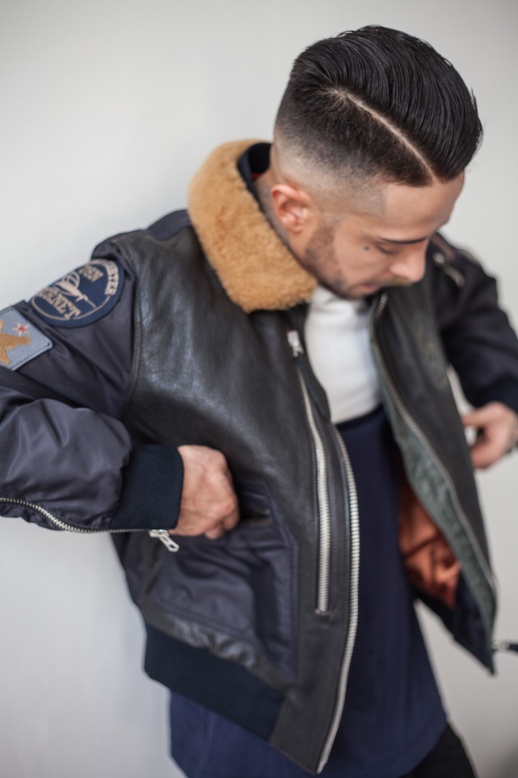 We both burst out laughing, then Dappy wiped his eyes and looked up at me seriously. He said: “All jokes aside, the media make me out to be a thug and a villain but actually I’m a good person. I wear my heart on my sleeve, I am generous, I have two children and a mum that loves me, I am a human being.”

Dappy admitted that he has struggled to contain his anger, especially when provoked. He said: “Ok, tell me what you would do if you were in a nightclub and someone shouted in your face ‘go and suck your dead dad’. Could you accept that? Sometimes, I can’t and that’s the honest truth.”

I was utterly shocked that there were people out there that would say such hurtful things. I told Dappy that I dreaded to think of the way I would react if I had been in a similar situation.

He nodded and said: “I was going through a hard time and was in a financial hole that I didn’t think I could get out of. Then someone spoke to me like that, it pushed me over the edge and I lashed out. I never do anything unprovoked and that’s what people don’t understand.”

Dappy has grown up in the spotlight. We have all struggled to find ourselves in different ways, but in Dappy’s case, he had to do so with the country watching, many hoping that he will fail.

Dappy let out a roar of a laugh, he beamed at me, then said: “Yes sister, you get it. Now I walk away, because I’ve got bigger and better things to do. I’m making brilliant songs and I am getting in the top 20 without radio play. Why do I care about other people’s ignorance?”

He smiled warmly and added: “I’m not a completely different person, but I’ve grown up; my priorities are in the right order. All we can try to do is the right thing.”

I mocked Dappy playfully and told him that he was a big boy and there was no room for any more mistakes.

He laughed long and hard and shook his head. He said: “Fuck, you are right!” Dappy revealed that 2015 is a particularly exciting year for him. There are rumours that he is collaborating with Iggy Azalea and US-singer Jeremiah.

As the interview came to a natural end, I wished Dappy luck with his future endeavours and told him that I believed in him and his talent.

He smiled softly, then high-fived me. He said: “Thank you sister, I fucking love you man. Thank you for such a real interview. I am fucking buzzing now, let’s do this.”

Dappy has been portrayed as a controversial character and although he has undeniably made mistakes, so have we all. In real-life, Dappy is warm, charismatic and gracious. Musically, he has managed to maintain longevity in an industry that is notoriously cut throat and careers are made and broken over night. Besides all the headlines and outside noise, Dappy has the talent to maintain and exceed his success. The future is bright.