The Guide – 24 Hours in West Hollywood West Hollywood is the beating heart of Los Angeles, both culturally and geographically. It is, without doubt, Los Angeles’ most vibrant neighbourhood; this electric community plays host to some of the best restaurants, nightclubs and landmarks in the world.

In the 1920s, when it was lined with hedonistic speakeasies and nightclubs, the strip attracted Hollywood’s elite like moths to a flame, from Marilyn Monroe in the 1940s, Jimi Hendrix in the 1960s and more recently Leonardo DiCaprio and Gigi Hadid. 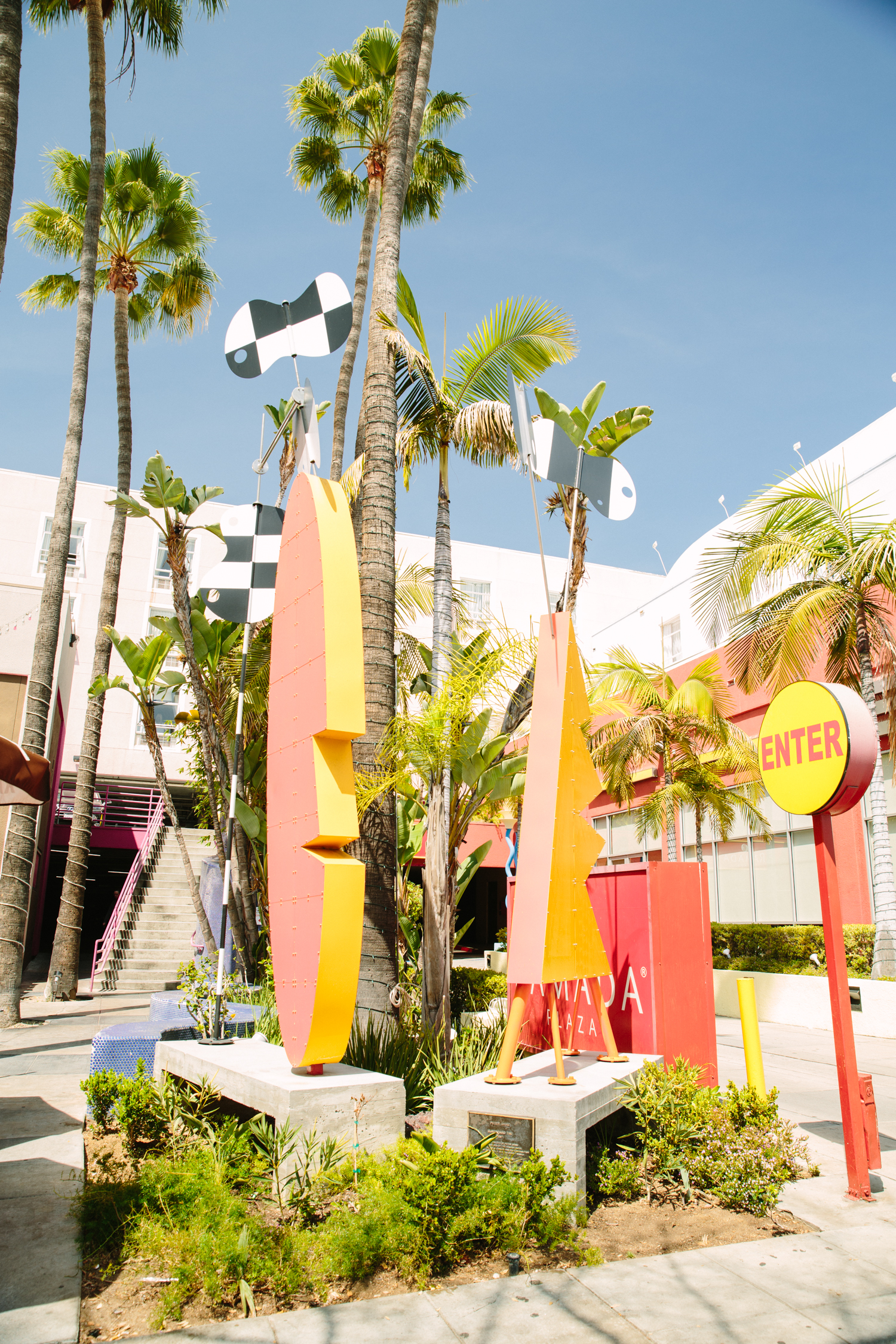 By day the palm tree-lined boulevards are bustling with fitness enthusiasts at the dozens of world-renown wellness hotspots, such as Barry’s Bootcamp, Soul Cycle and Equinox to shoppers indulging at exclusive boutiques from local fashion powerhouses such as Christian Louboutin, Helmut Lang and Fred Segal. The sun sets, leaving a candy floss-hued sky in its wake, the Sunset strip becomes a blaze of neon lights. 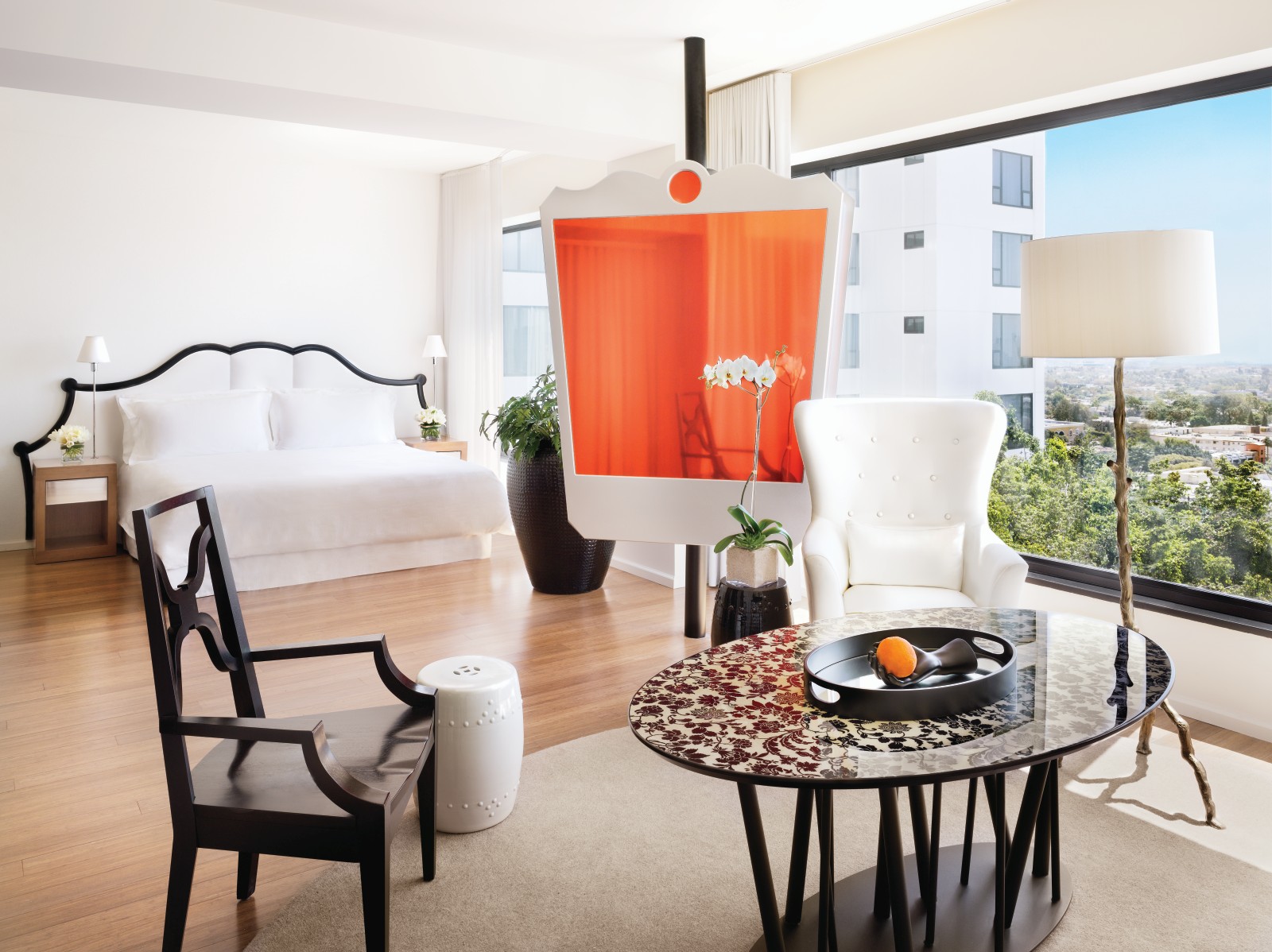 7am – Wake up at Mondrian Los Angeles

The Mondrian is a masterpiece in contemporary architecture. The interior has an Alice in Wonderland through-the-looking-glass appeal; expect the unexpected, such as the Lucite indoor swing in the lobby and the oversized orange mirror that spins on its axis and conceals a television inside the rooms. The spacious suites are minimalistic, painted white with polished floors and chandelier-style lighting fixtures cascading from the ceiling. Many suites offer sweeping panoramic views of Los Angeles, from the glittering Hollywood Hills all the way to the urban jungle of Downtown Los Angeles.

The opulent contemporary hotspot attracts Hollywood’s most in-demand stars, such as, Kim Kardashian, Jessica Alba and Candice Swanepoel. Mondrian Los Angeles has that magic that has enticed people’s fascination with the decadence and hedonism of Hollywood for decades. Mondrian is the place to see and be seen; there is a feeling in the air that anything can happen at any moment and leaves you feeling infinite. 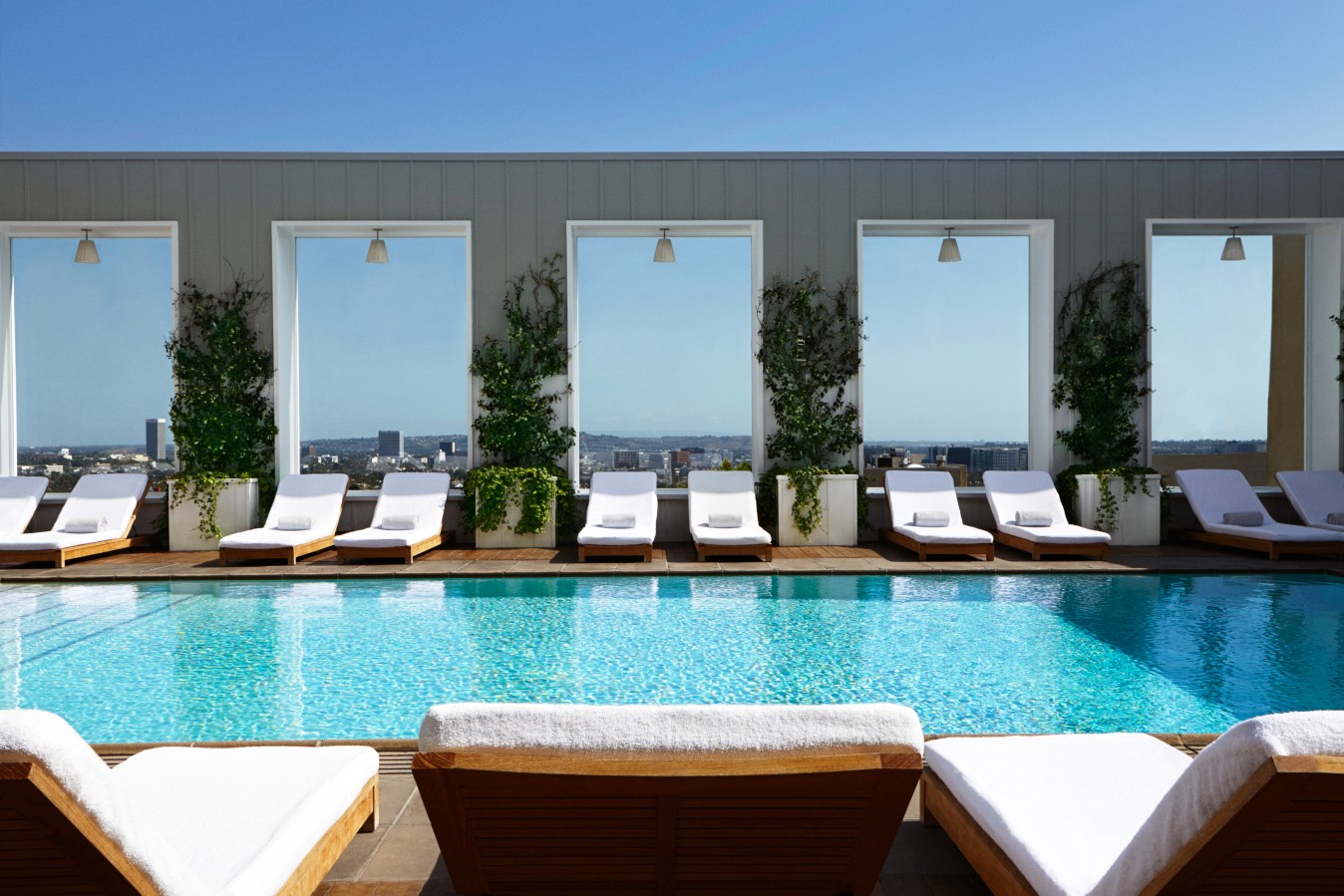 8am – Breakfast at Ivory On Sunset

Almost amidst the clouds of Los Angeles, the Ivory On Sunset celebrates Californian cuisine and the most delicious comfort food. Eat indoors or al fresco overlooking a stunning panoramic view of Los Angeles.

There is no better way to start the day than with the Lobster Scramble, a tower of fluffy scrambled eggs, fresh chunks of Lobster, red onion and Boursin cheese. Another legendary dish is the Fried Chicken & Waffles, house-brined fried chicken on a sweet waffle with lashings of warm maple syrup and embellished with fresh strawberries. 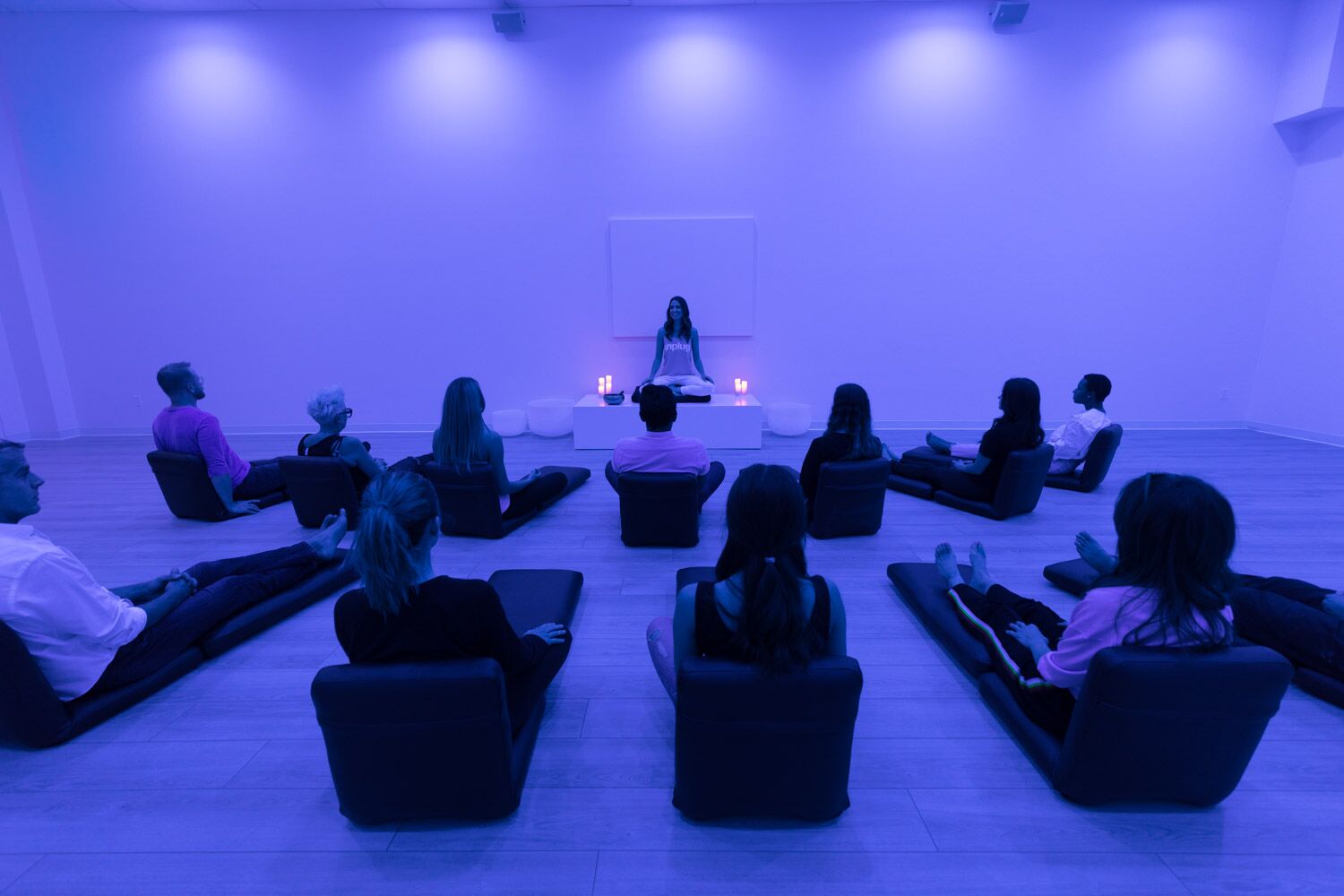 Wellness is at the very heart of the culture in Los Angeles, you will find as many yoga studios and high-end gyms as you will Starbucks’. At Unplug you are offered a rare opportunity in a fast-paced world, to take time to recharge. 11am – Explore the Design District

Located at the intersections of Melrose Avenue, Beverly Boulevard and Robertson Boulevard, the design district is a fascinating melting pot of fashion, beauty and art.

Explore global fashion powerhouses and local boutiques, fine dining and chic cafes, art galleries and interior design showrooms. Keep an eye out for the captivating wall murals from local artists that attract Instagrammers in their droves—our favourites are the Dream Big Butterfly (621 North La Cienega) and the Ballerina (608 Huntley Drive)

Whether you are interested in shopping at Moschino and Stella McCartney or stopping for an organic coffee and pastry at Urth Caffe, there truly is something for everyone. 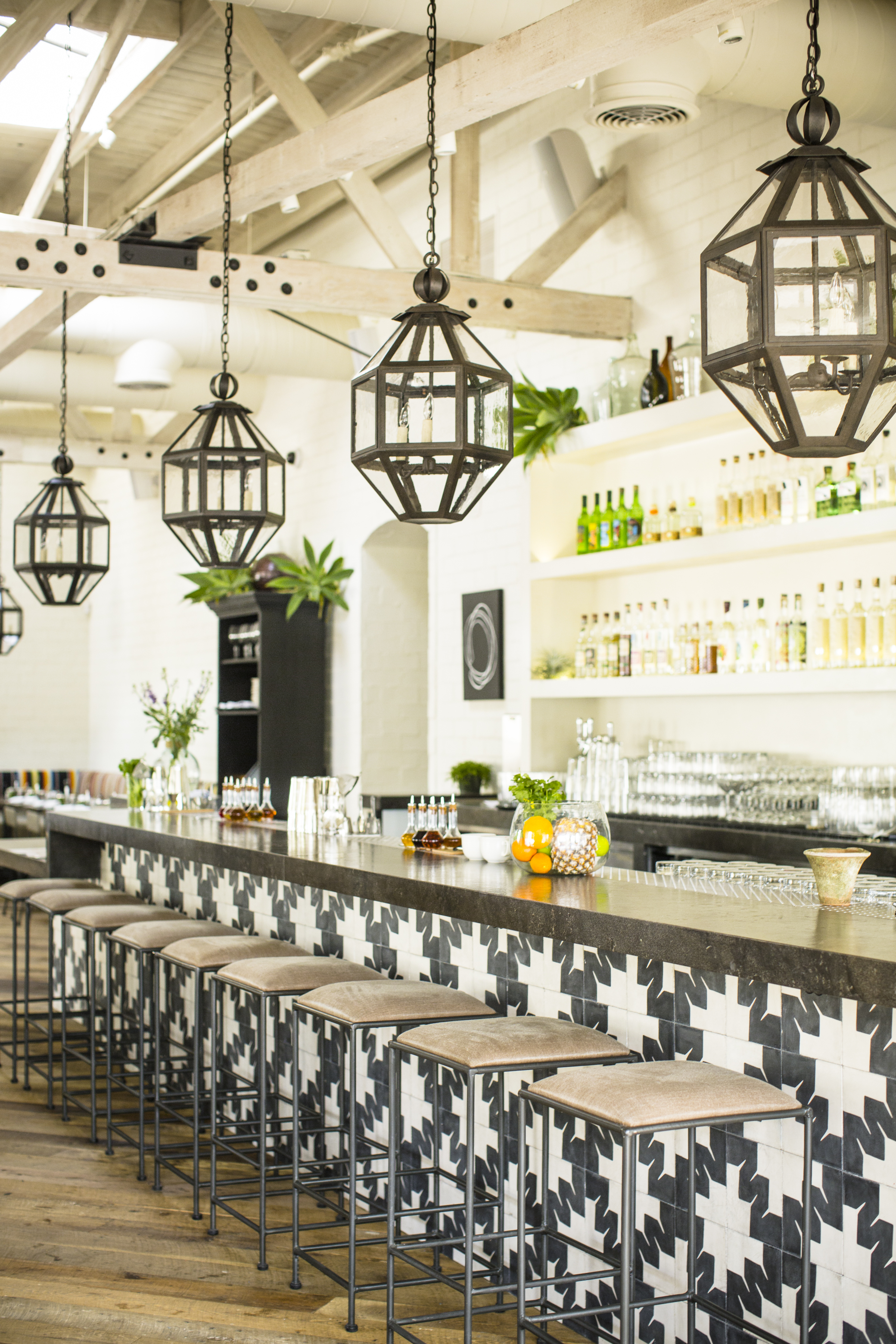 Gracias Madre was founded on the ethos of honouring the mothers that work tirelessly in the kitchens of Mexico. With its plant-based menu, strong cocktails and pretty al fresco terrace decorated in lush greenery and twinkling fairy lights, it is no surprise that Gracias Madre has been winning the hearts of locals for years.

The boozy brunch is a must-try with the famous Mexican Mimosa’s made with habanero infused elderflower liquor, gran classico and orange. Start with the Tower of Spuds, roasted potatoes with cashew nacho cheese, pico de gallo and guacamole. Follow with the Plantain French Toast, made with rustic wheat toast, slathered in coconut cashew cream, drizzled in maple syrup and scattered with pecans. 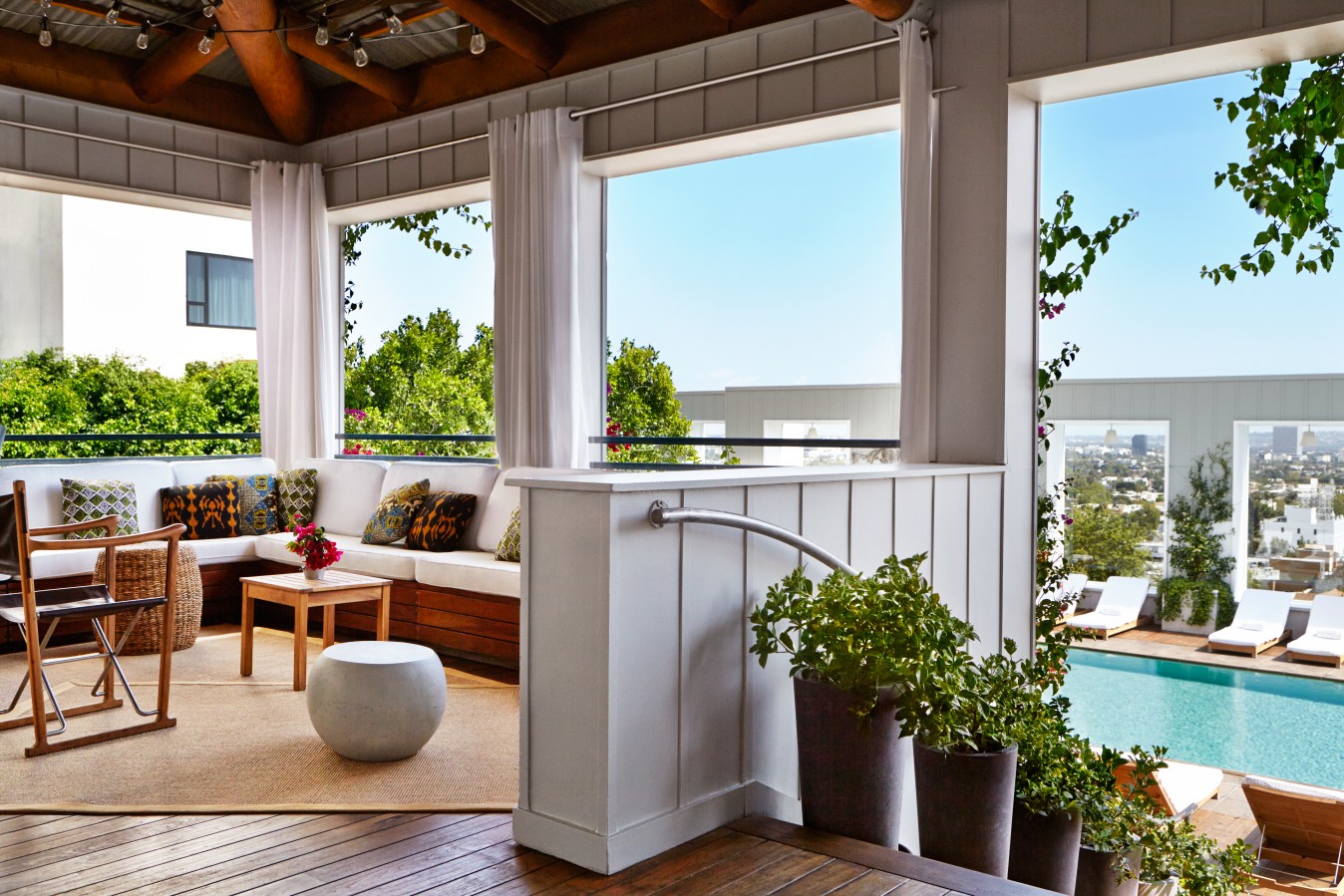 This open-air, ivy-covered pavilion is perched above the sparkling azure waters of the swimming pool at the Mondrian Los Angeles and hosts some of the best pool parties in the city. The effortlessly cool poolside lounge lined with cabanas and chaise lounges is transformed into a hedonistic candle-lit party when the sun goes down. Enjoy an incredible menu of frozen cocktails, such as the Skybar Frose Rose made with fresh strawberries and lemon juice, listening to world-class DJ’s as the sun sets against the iconic Los Angeles skyline. 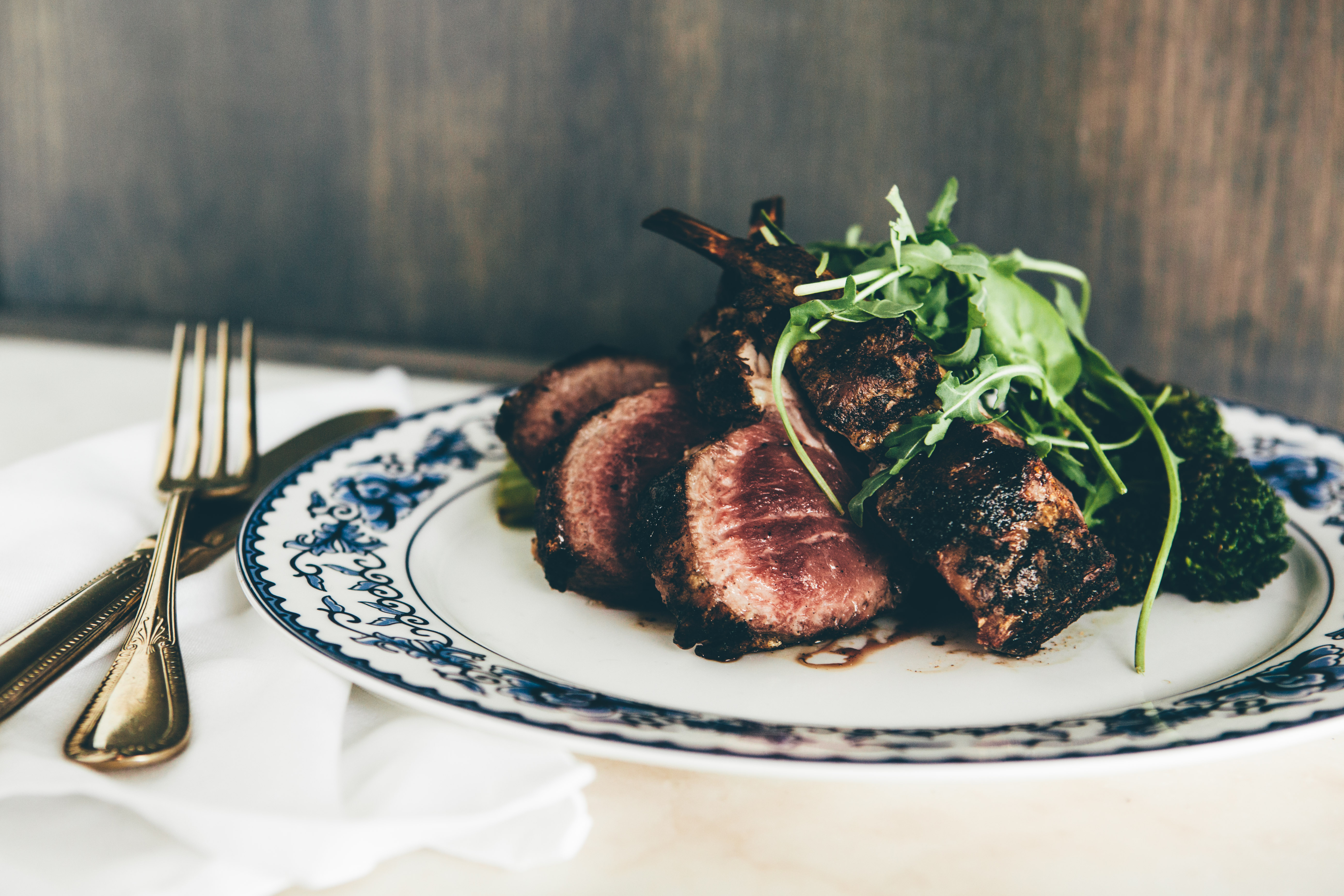 This late-night attraction in sleepy Los Angeles has become the place to see and be seen in the whole of Los Angeles. It has attracted the most influential names in Hollywood, from Chrissy Teigen and John Legend to David Beckham and Michael B. Jordan.

The menu is a celebration of extraordinary seafood and Asian influences using fresh sustainable ingredients. Highlights on the menu include Truffle Sashimi with tuna, caviar and black truffle, Mango Shrimp Roll with King crab and avocado. Accompany with parmesan-truffle fries and sauteed asparagus spears.

This open-air elevated dining room has a retractable rooftop that invites the outside in and offers incredible panoramic views of the glittering lights of Downtown Los Angeles and the Hollywood Hills. Late-nights in West Hollywood simply doesn’t get better than this.