As an experienced award-winning UX designer, Xintong Liu is now working as an E-commerce Designer at Zoom where she is responsible for creating design solutions for the users to easily purchase and manage their Zoom products online. Creating minimalist and pixel-perfect experiences to tell the story of a brand has always been the tenet she believes in. The user-centric mindset Liu developed has led her to discover the significance of UX localization regarding the diversity within the target audience.

“The beauty of UX design is that all the design decisions are evidence-based. Everything is for the users,” Liu says, “but when you’re targeting giant audience groups, things start to shift. This is when you need to take more than just the screen you’re working on into consideration.”

UX localization isn’t just about language translation. Even though research has shown that  only 9 out of 100 newcomers in the online population use, speak, or write in English, automatically translating text into another language would keep other potential changes unsolved such as mirror interaction when translating into Arabic. 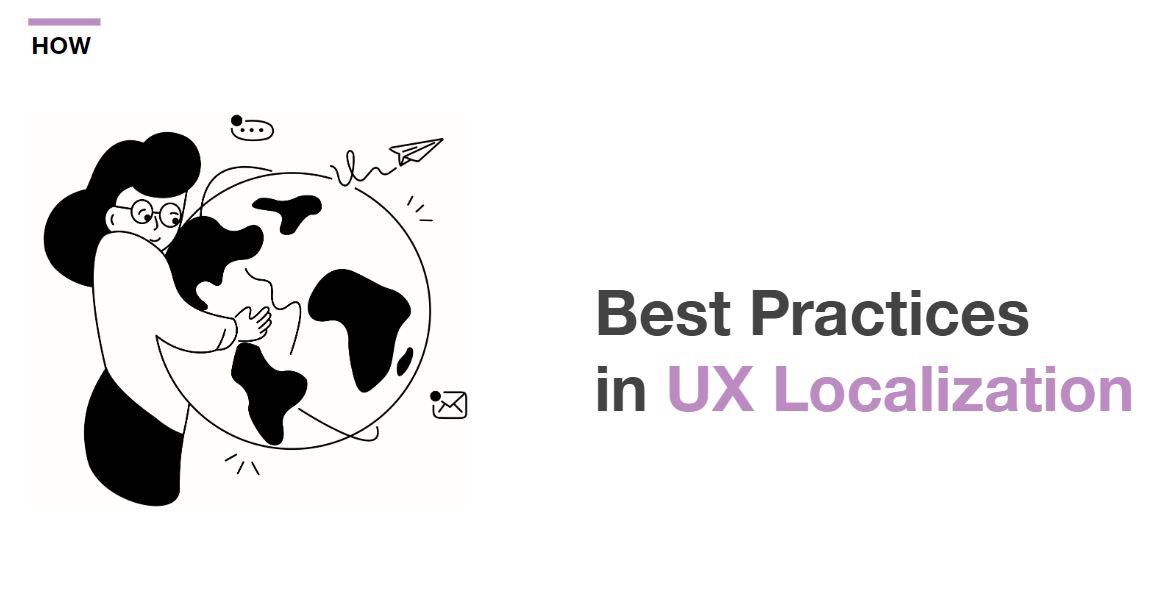 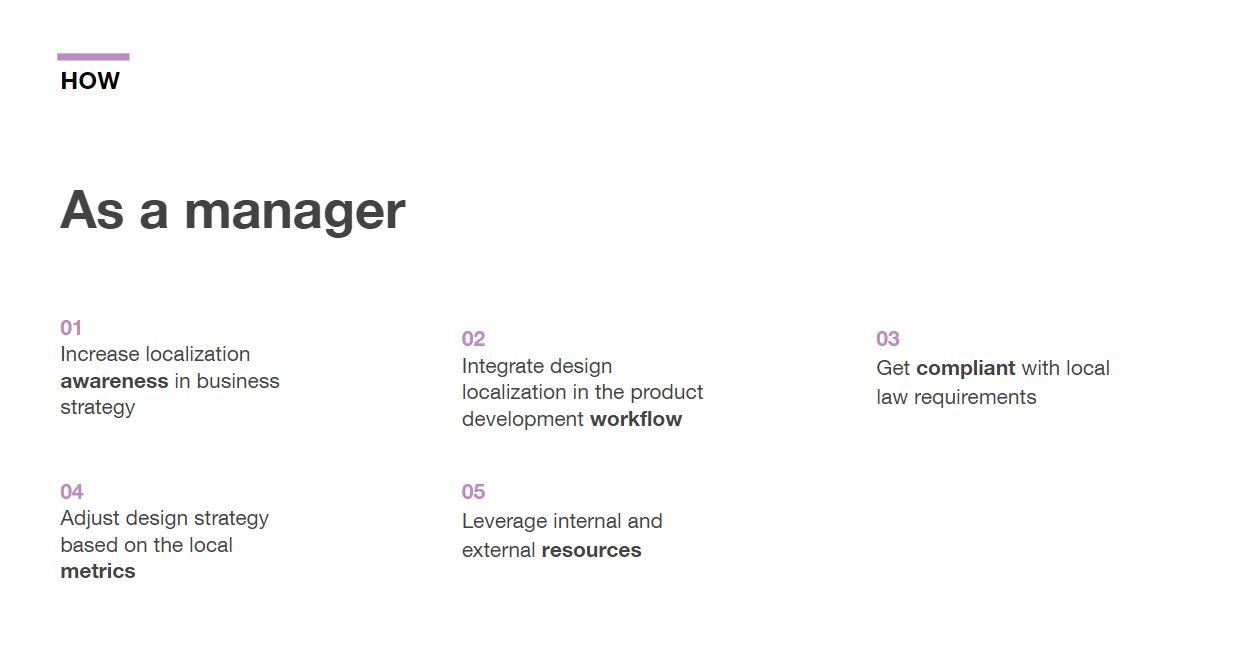 Liu believes that the localization of user experience is a very complicated process. UX designers need to use correct number conversion and currencies, to adapt the UI to different space requirements and to verify the cultural appropriateness of graphics and images. It is the art of adapting an internationalized product for a set of people who share the same language, interactions, laws, and culture—four essential elements when it comes to UX localization.

Cross functional partnerships are a must-have in order to achieve UX localization. Liu had concluded several ways to help with this process, including integrating design localization in the product development workflow, adjusting design strategy based on the local metrics and leveraging internal and external resources. But most importantly, the awareness of localization cannot be neglected in business strategy. 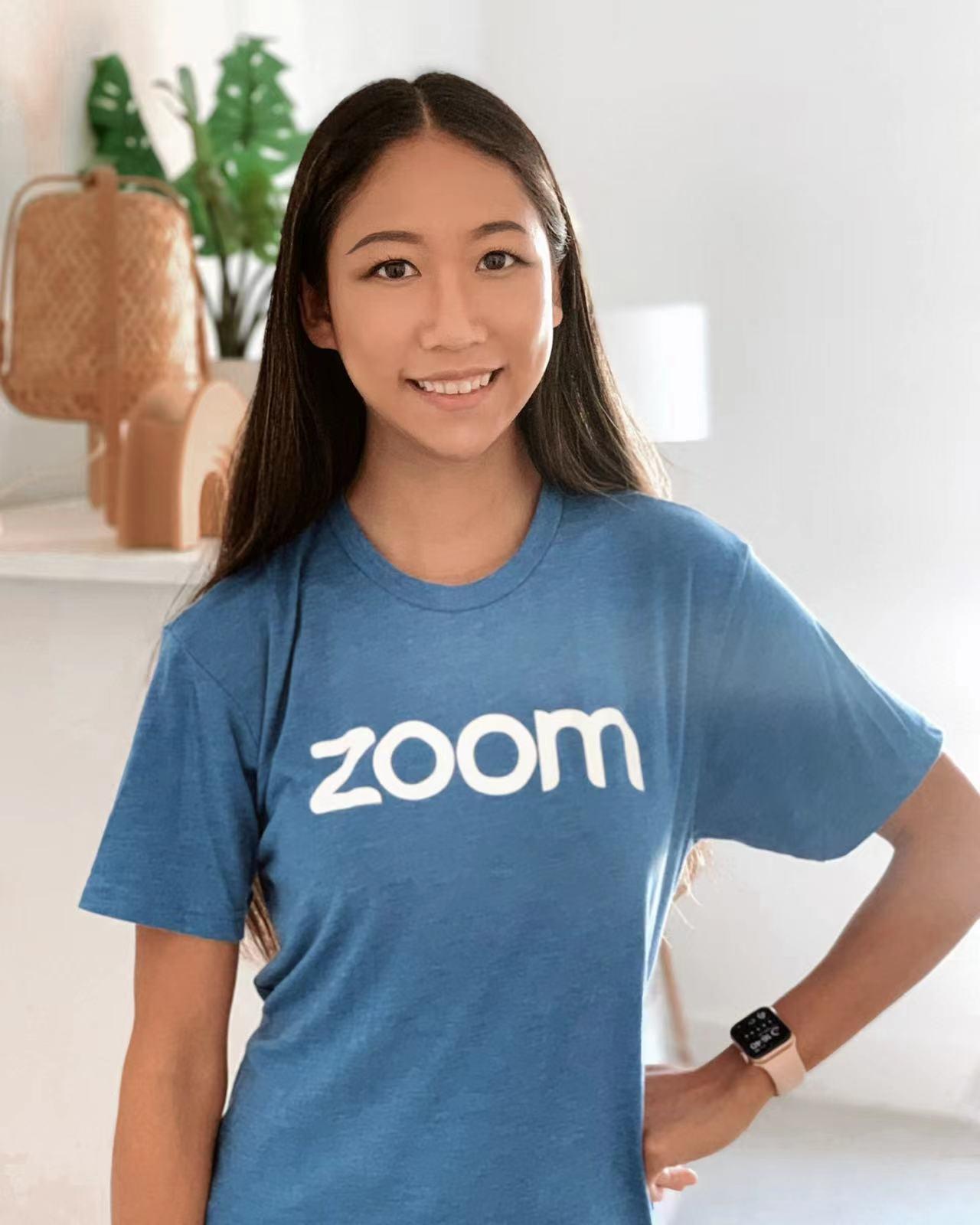 “The pandemic gave UX designers a great opportunity to optimize accessibility. It brought more people into the digital space, including those who weren’t tech-savvy,” Liu explained, “us UX designers, in the meanwhile, need to create universal products that are usable for people of all ages, all technical expertise, and various physical abilities.”

As far as UX localization is concerned, Liu demonstrated that there is no need to overthink because users are not expecting flawless languages. Despite regional differences that should be taken into account, people are far more similar globally than they were in the past since they are all connected in some way and are sharing the same phenomenons and trends.