10 Years of ME: Celebrated at ME Madrid Reina Victoria 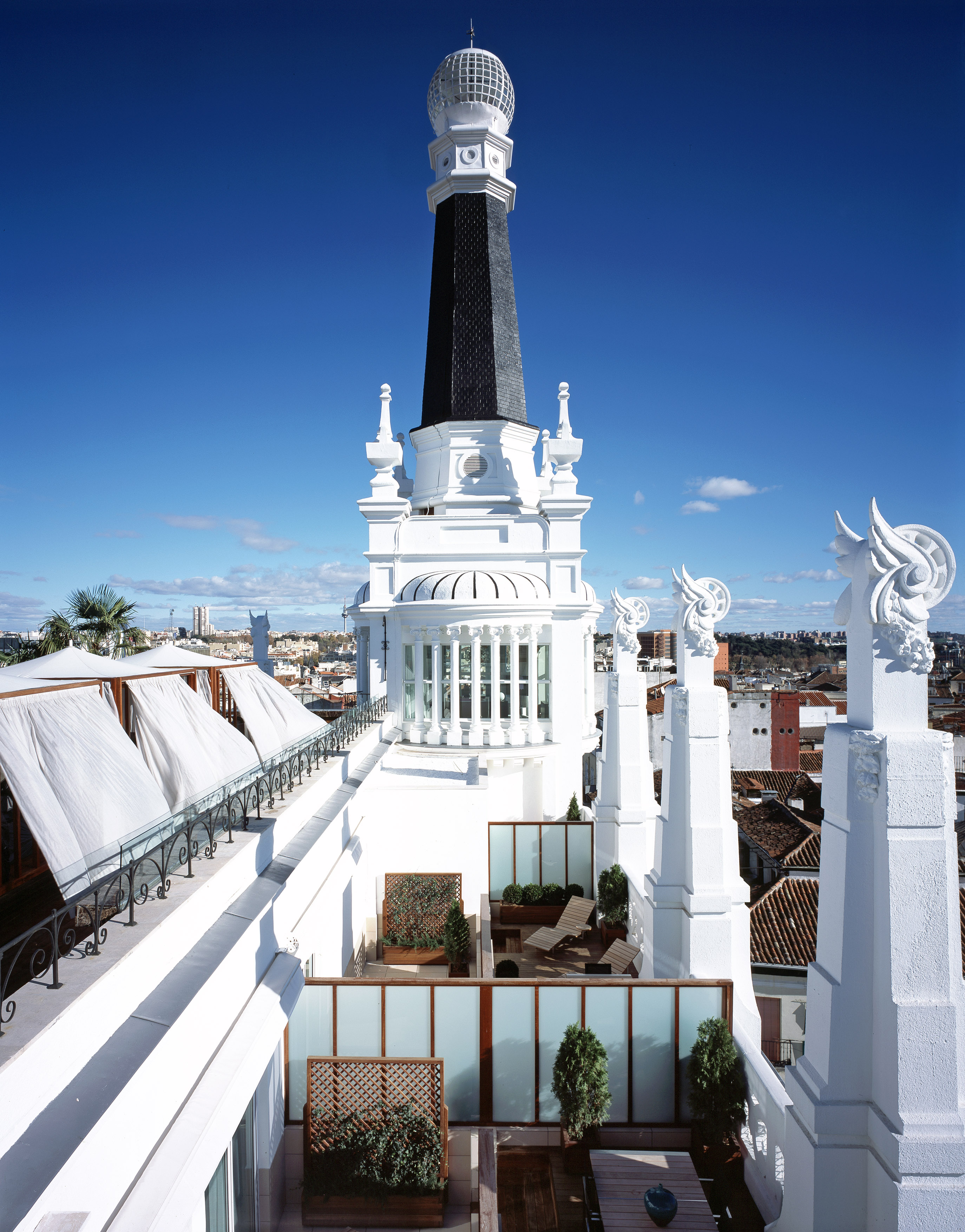 ME by Meliá is a personality-led lifestyle brand that seeks to fuse innovative style with local tastes to attract a clientele with a love for contemporary art and design, international cuisine and world music. By capturing these elements in urban and resort destinations, the ME philosophy adds a more personal touch to each and every guest experience.

There are currently ME by Meliá hotels in Miami, Milan, London, Ibiza, Mallorca, Madrid, Cabo and Cancun, and ME Dubai is set to launch in 2018, which has been designed by the late Dame Zaha Hadid.

This year the ME by Meliá brand celebrates its ten year anniversary, and I was invited to the brand’s first urban hotel, ME Madrid, to join in with the celebrations. The ME experience is one like no other; no sooner had I stepped off the plane, I was met by the hotels white chauffeur-driven Range Rover, and taken to the hotel. I arrived in the early evening, and so the Spanish capital was bustling with rush-hour energy as each winding cobbled side-street led me deeper and deeper into the heart of urban Madrid, and to the doorstep of the ME hotel.

The vehicle came to a halt, and a young Hispanic man dressed smartly in a suit opened my passenger door. I swung my legs out of the car and stepped out, looked up at an impressively imposing vivid white building, and realised that I had arrived at the ME Madrid Reina Victoria. ME Madrid Reina Victoria revitalised the historic Gran Hotel Reina Victoria, located in the heart of the capital of Spain. “The major remodelling of the hotel respected the building’s graceful façade which is a historically valuable example of the city’s urban architecture, while the interior has been redesigned in line with the ME by Meliá brand. The original hotel opened in 1923, and was named in honour of the wife of King Alfonso XIII, and was considered a symbol of elegance and luxury in the Spanish capital.”

I stood on the cobbled street just outside of the hotel for a moment; immersed in my surroundings. And then intrigue struck… I was eager to know what waited on the other side of this incredible building. I spun through the revolving door and into the hotel’s main lobby where I was welcomed with an unassuming glass of Champagne. 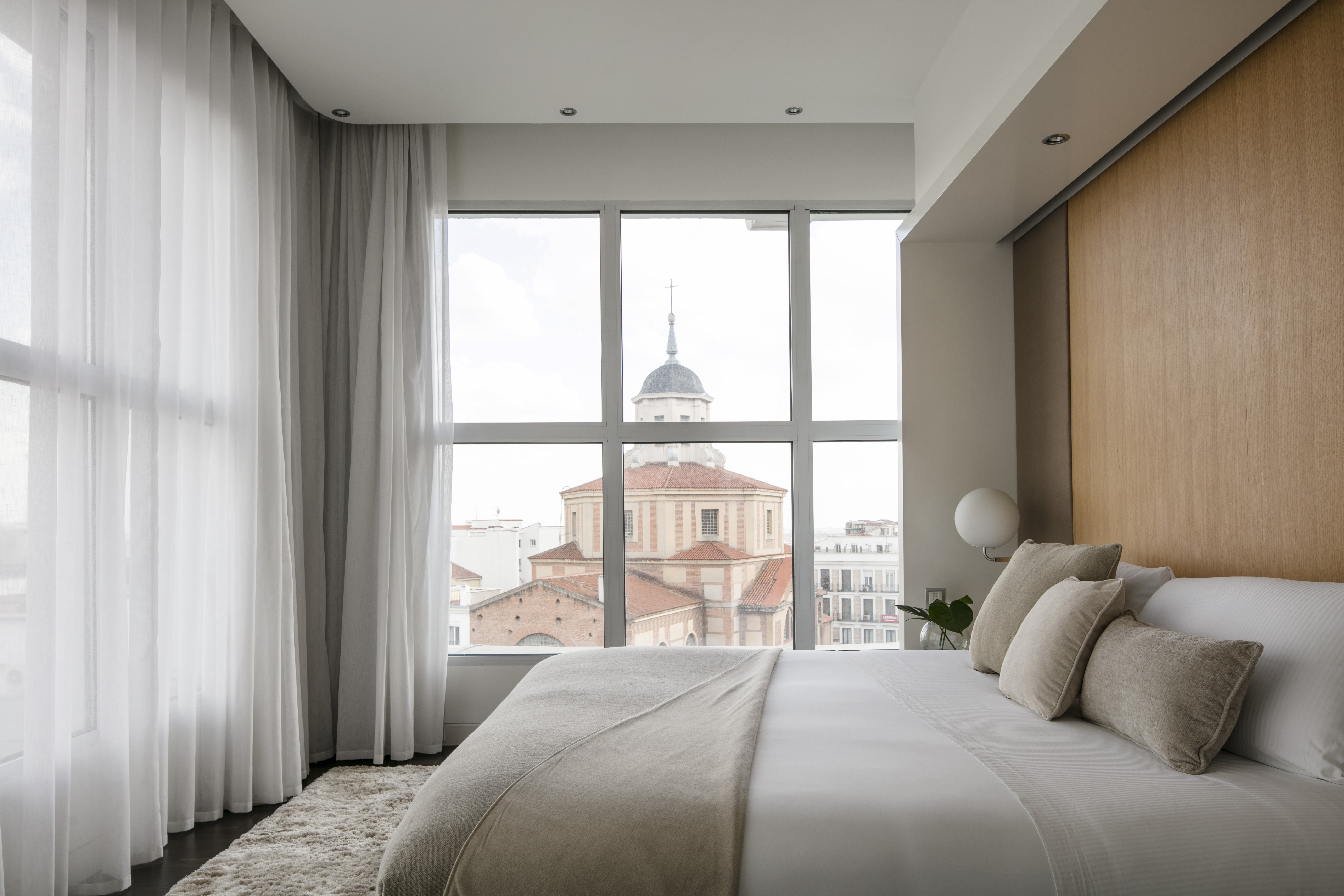 Many of the rooms, in one of which I stayed, overlooked the traditionally and typically Spanish Plaza Santa Ana, which is a square humming with culture and local vigour at any time of the day. And for the rooms that don’t overlook Plaza Santa Ana, the hotel’s brand new and recently refurbished RADIO Rooftop Bar certainly does.

The hotels newly renovated RADIO Rooftop Bar provides spectacular panoramic views of Madrid, and is acclaimed to be one of the top ten bars in all of Spain – something that I certainly won’t argue with.

The ME Madrid RADIO Rooftop has been updated with luxurious furnishings, exotic plants and mood lighting that compliments the warmth of the wooden features and steel touches. The bar features 400 square metres of exclusive space, which is split into eight unique areas, designed for live music and entertainment, gourmet food and signature cocktails. The rooftop includes both a restaurant and a bar, as well as VIP areas with private bar service, offering an unforgettable experience in Madrid. 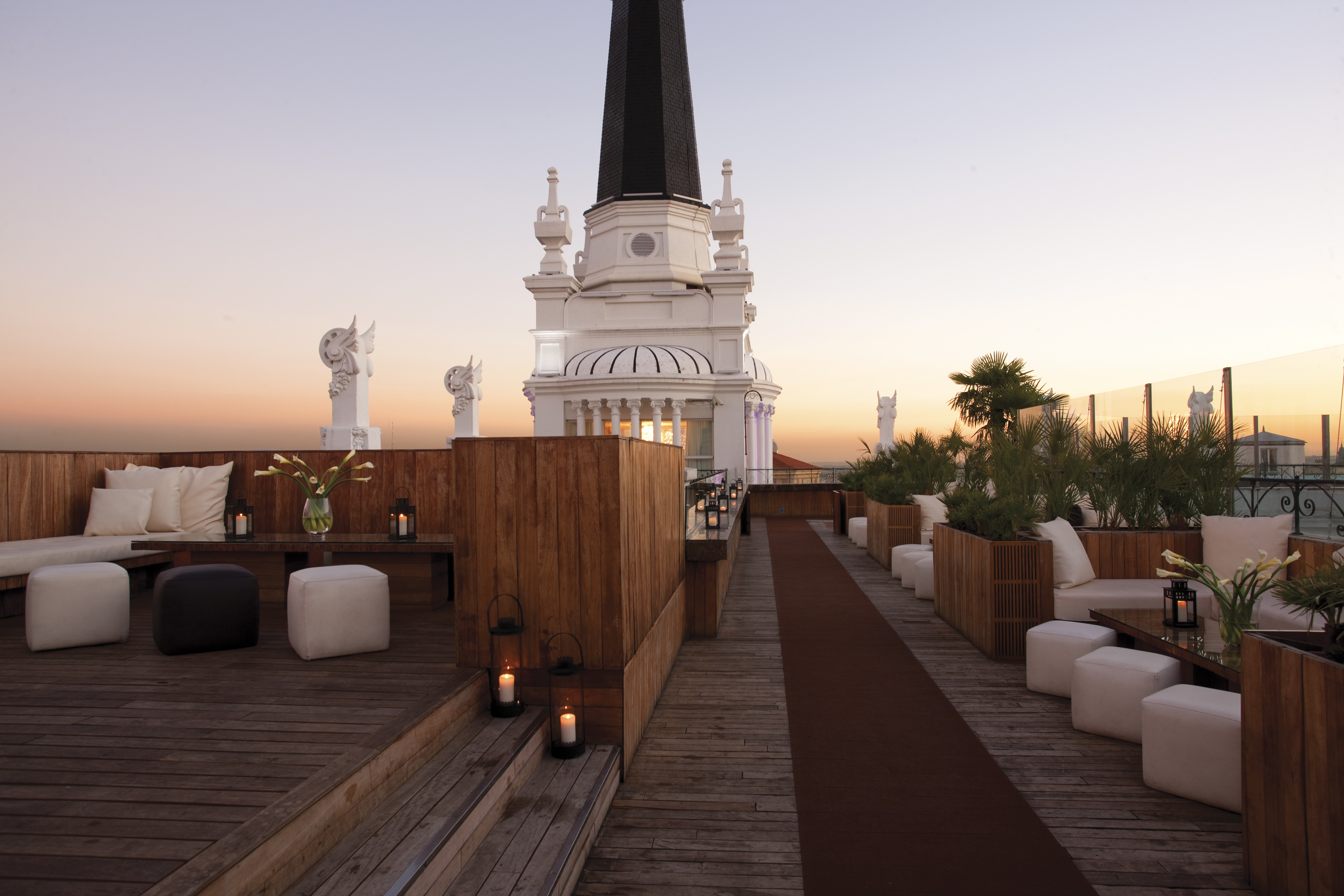 Different variations of bamboo and palm surround the new outdoor terrace, transporting you to a tropical paradise far far away atop one of Madrid’s most impressive rooftop bars. Whether you want to sip on a refreshing cocktail and soak up the sun in the height of summer, or whether you want to get cosy and wrap up with a blanket under the stars during the cooler months; the RADIO Rooftop is the place to be.

Not only is it the place to be, but it is the place to be seen. Part of ME Madrid’s success as one of the most trendsetting hotels in the capital can be attributed to those who have visited it. The likes of George Clooney, Naomi Campbell, Jenifer Lopez, Brad Pitt and Leonardo Di Caprio have all stayed at ME Madrid since it opened – to name only a few. 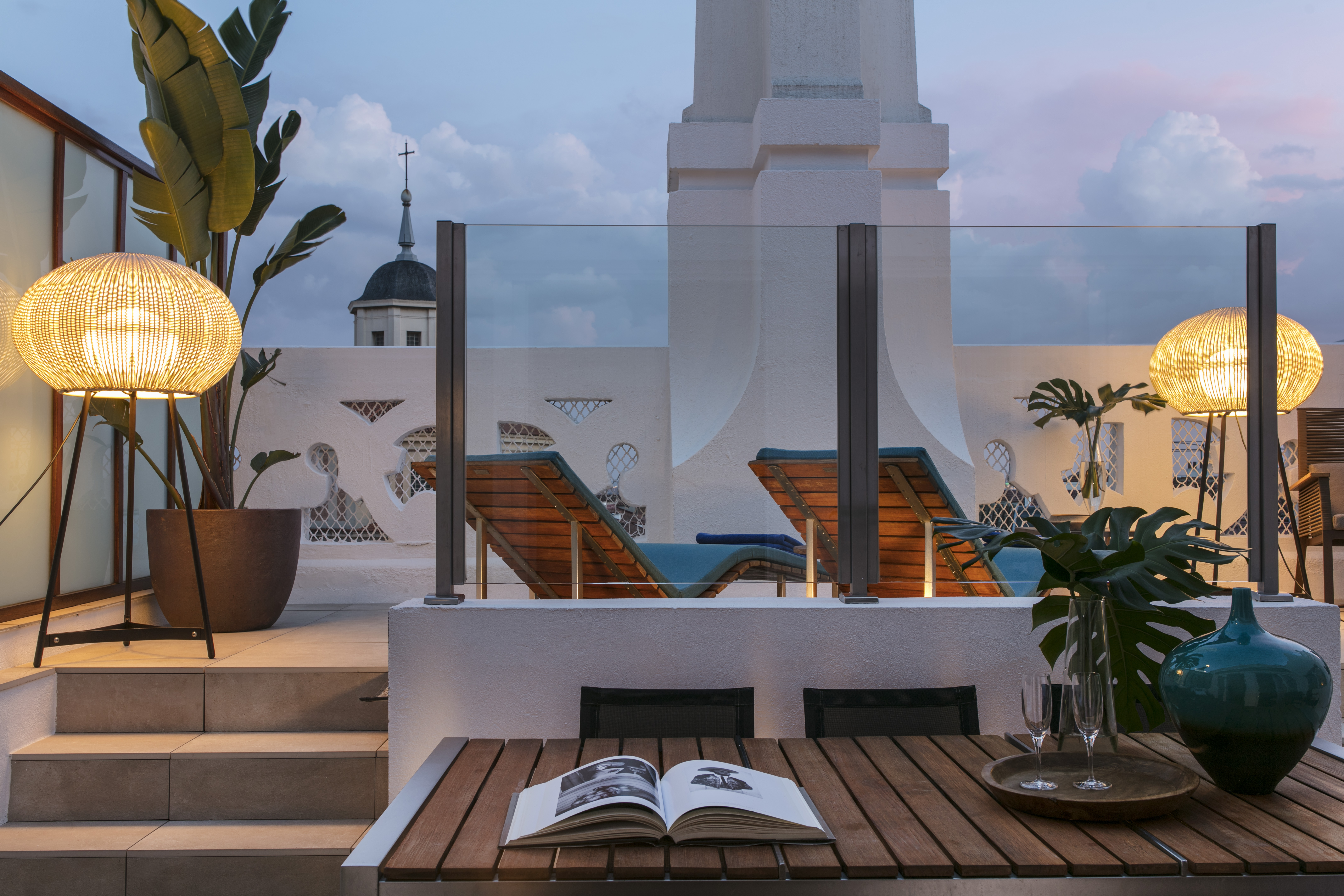 The Ana la Santa restaurant is ME Madrid’s very own space to sit back, relax, and watch the world go by. The restaurant overhears constant whirrs of conversation, whether it’s locals catching up over breakfast or guests sharing mid-afternoon tapas on the terrace overlooking Plaza Santa Ana.

One of the finest things about the ME Madrid Reina Victoria is its location. Located in the heart of the city, ME Madrid is within easy access of major attractions such as the Prado Museum, the Reina Sofia Museum, Retiro Park, the Congress building, the Royal Palace of Madrid and the city’s shopping and business areas. The hotel is in the heart of it all, whether you’re visiting for business or pleasure.

The ME experience is one of a kind, and one well worth having.