A Night At… The Lanesborough 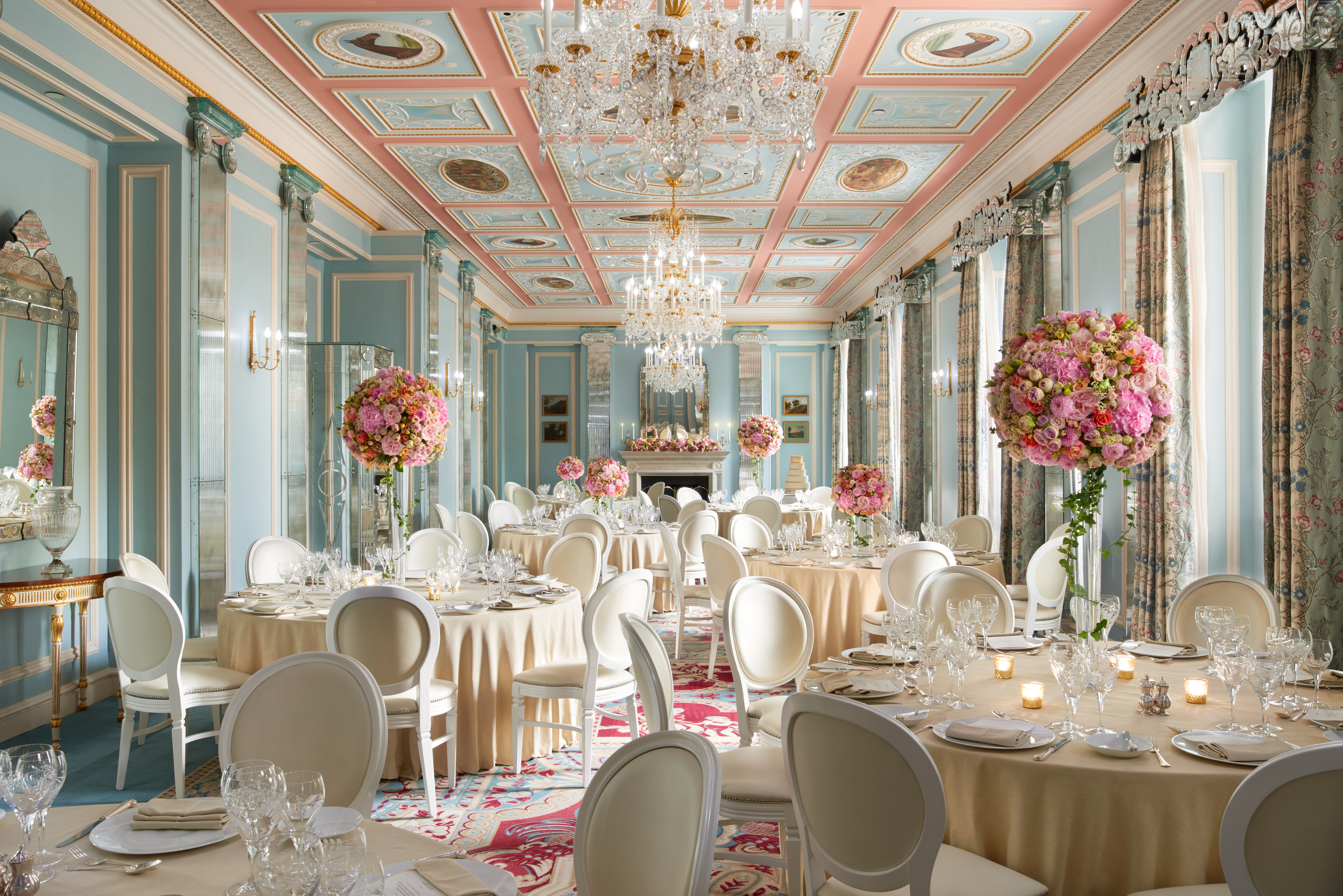 If only the walls at The Lanesborough could talk, oh the stories they could tell. In 2009, Michael Jackson and his children Prince II, Prince Michael and Paris hung out of the grand sash windows waving at the hundreds of fans and paparazzi that had staked out night after night hoping to catch a glimpse of a living legend. In true Michael Jackson class, he even called for his designated butler to send tray after tray of tea and warm scones to the obedient throng pulsating beneath his window on a particularly cool night in early March.

Michael is not the only star to be hosted by one of the Grand Dame’s of the hotel industry; The Lanesborough has also welcomed Lady Gaga, Kanye West and Leonardo DiCaprio, who is a regular when he is in the big smoke. 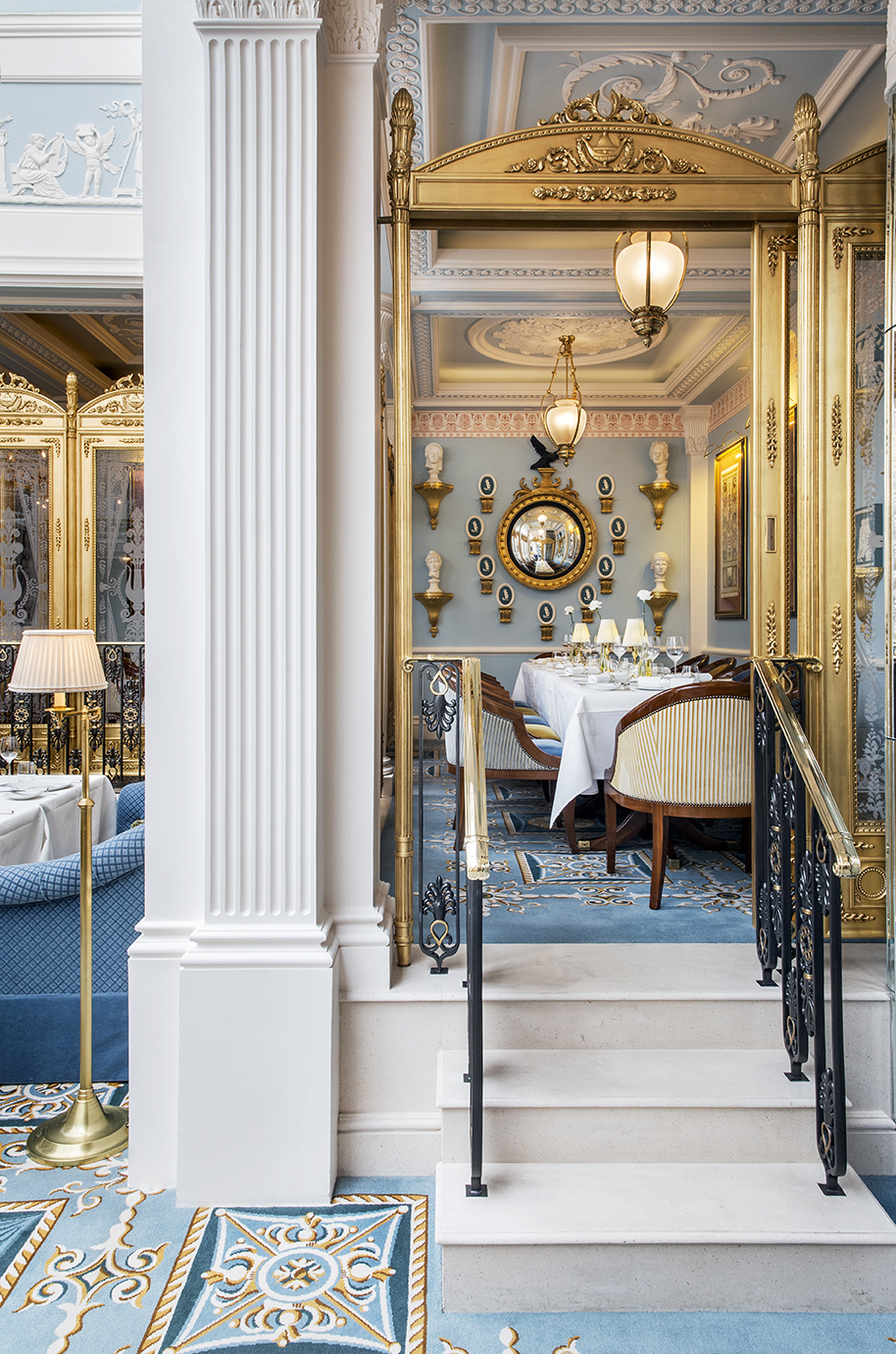 The Lanesborough is a majestic example of Regency architecture; it is not hard to see why it was voted No.1 Hotel in London at the prestigious Travel + Leisure World’s Best Awards and why Hollywood’s elite is lured by the heritage and beauty of this white-stucco palace.

Situated overlooking Hyde Park and a stone’s throw from Buckingham Palace, the Victoria & Albert museum and Harrods, The Lanesborough boasts one of London’s most sought-after addresses. The glorious white building is decorated as intricately as wedding cake, initially built in 1719 by the 2nd Viscount Lanesborough as a private residence. He had no heirs and in 1733 it became St. George’s Hospital. In 1827, William Wilkins, the architect of the National Gallery rebuilt it in all of the neoclassical magnificence we see today.

In 2015 The Lanesborough reopened its doors after a extraordinary restoration that spanned over 18 months, reportedly costing £80 million and involving over 300 craftsmen, including trompe l’oeil experts, embroiderers and specialists working with over 42,000 sheets of 23 ¼ carat gold leaf for the ceilings alone.

Each of the exceptional rooms and suites has been uniquely refurbished, including The Executive Junior Suite which we stayed in. It spans 570 sq.ft and boasts a full-size sitting area, an elegant king bed and an antique writing desk.

The large sash windows bathe the suite in natural light that glitters off of the crystal chandelier and the ceilings are impossibly high, trimmed with white Baroque-style cornicing and 23-carat gold gilding. The bathroom is made from honey-hued carrara hand-cut marble and has a deep bathtub, a walk-in art-deco shower and underfloor heating.

Despite the vast space and opulent furnishings, what is most impressive is the marriage between the rich heritage of the aesthetic and the abundance of modern technology. Almost everything in the suite from the curtains to the lighting is responsive via in-room tablets, the TV is hidden behind an extravagant oil painting and the suite boasts the most powerful WiFi I have ever experienced.

Impeccable service is at the heart of The Lanesborough; it is said that there are three staff to every guest, ensuring that every whim can be anticipated and fulfilled in mere moments. It is the only hotel in London to offer a round-the-clock dedicated butler service in each room and suite.

I had the great pleasure of having the charismatic and hilarious Steven as my butler. He can be summoned via a bell built into the wall and promises to be at the door within 60 seconds, whether it was midday or midnight.

I tried to extract outrageous tales of celebrity encounters and outlandish requests from the billionaires that frequent the hotel but to no avail; Steven was a seasoned professional and the epitome of discretion.

He tapped the side of his nose knowingly, tipped his hat to me and with a twinkle in his eye, he said “Now, that would be telling. Please be assured that there is nothing I cannot help you with, no problem big or small that I cannot fix. Any time of the day or night Miss Tully, I remain entirely at your disposal. Can I at least get you a natural remedy to ease the symptoms from your travel?”

After assuring Steven that I would cope despite the arduous journey that consisted of 5 stops on the Piccadilly Line, he gave me a dazzling smile and disappeared soundlessly down the hall, even his footsteps were discreet. I daren’t call him throughout our stay but knowing I could and my request would be well served with discretion, graciousness and charm was one of the greatest luxuries I have ever known. 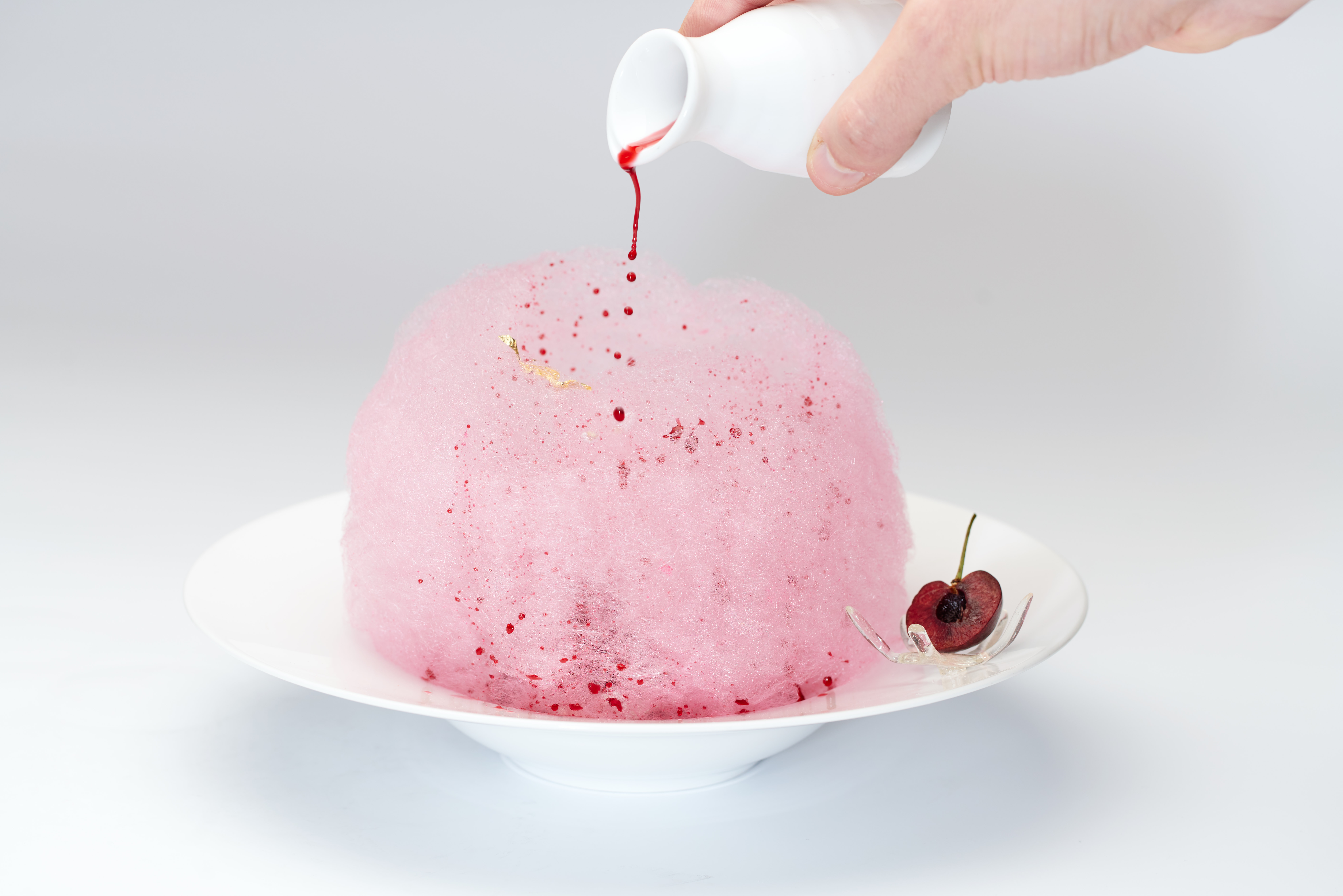 The Library Bar is one of my favourite spots in the city; it is the perfect place to slip into the shadows of the mahogany-panelled bar and sink a pre-dinner cocktail… or three. It exudes old-world charm and has the intimacy of a private club. The menu is a liquid museum of spirits and the bar is home to extraordinary cognacs dating back to the 1770s; I recommend the Lanesborough 1991 House Cognac.

The jewel in The Lanesborough’s crown is Michelin-starred restaurant Céleste, one of the most decadent restaurants in all of London. The powder-blue glass atrium of the restaurant is bathed in sunlight by day and illuminated by glittering chandeliers at night. The cuisine honours British heritage with contemporary European creativity.

Sea Bass in a miso glaze and pickled radish. To finish, an Araguani tartelette, mascarpone and Tonka bean ice cream.

After a luxuriously long sleep, followed by a leisurely breakfast in bed, I found myself outside, back in the belly of the beast, on the wrong side of the gilded gates, surrounded by a stream of red buses and black taxis.

Just before I slipped into the tunnel leading to Hyde Park underground station and back into the belly of the beast, I took one last look at the facade of The Lanesborough, the epitome of opulence. In this demanding and unrelenting world we live in, it was a real treat to be treated like a Queen in a fairytale, just like the ones my parents used to read to me, even if only for one night… 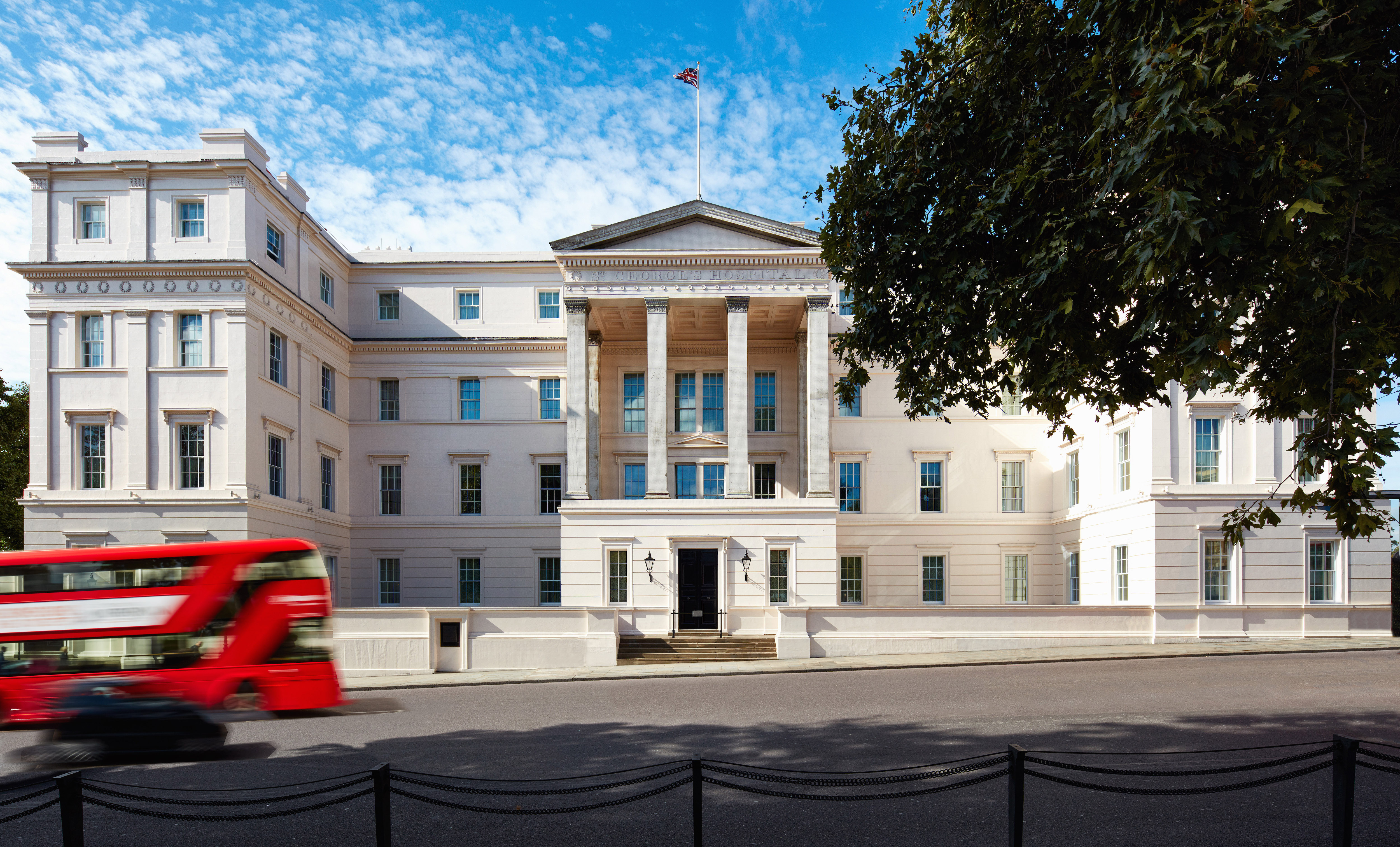