A Weekend on the Isle of Wight Admittedly, the Isle of Wight is somewhere that I’d never considered visiting before, but now that I’ve been I will definitely be returning.

The minute I stepped foot onto the island I immediately noticed the difference in the air. There was something about the cleanliness and freshness of it that rushed through my body and made me feel instantly more awake. I took a deep breath, and as I let it go I left the London life behind me for the weekend. 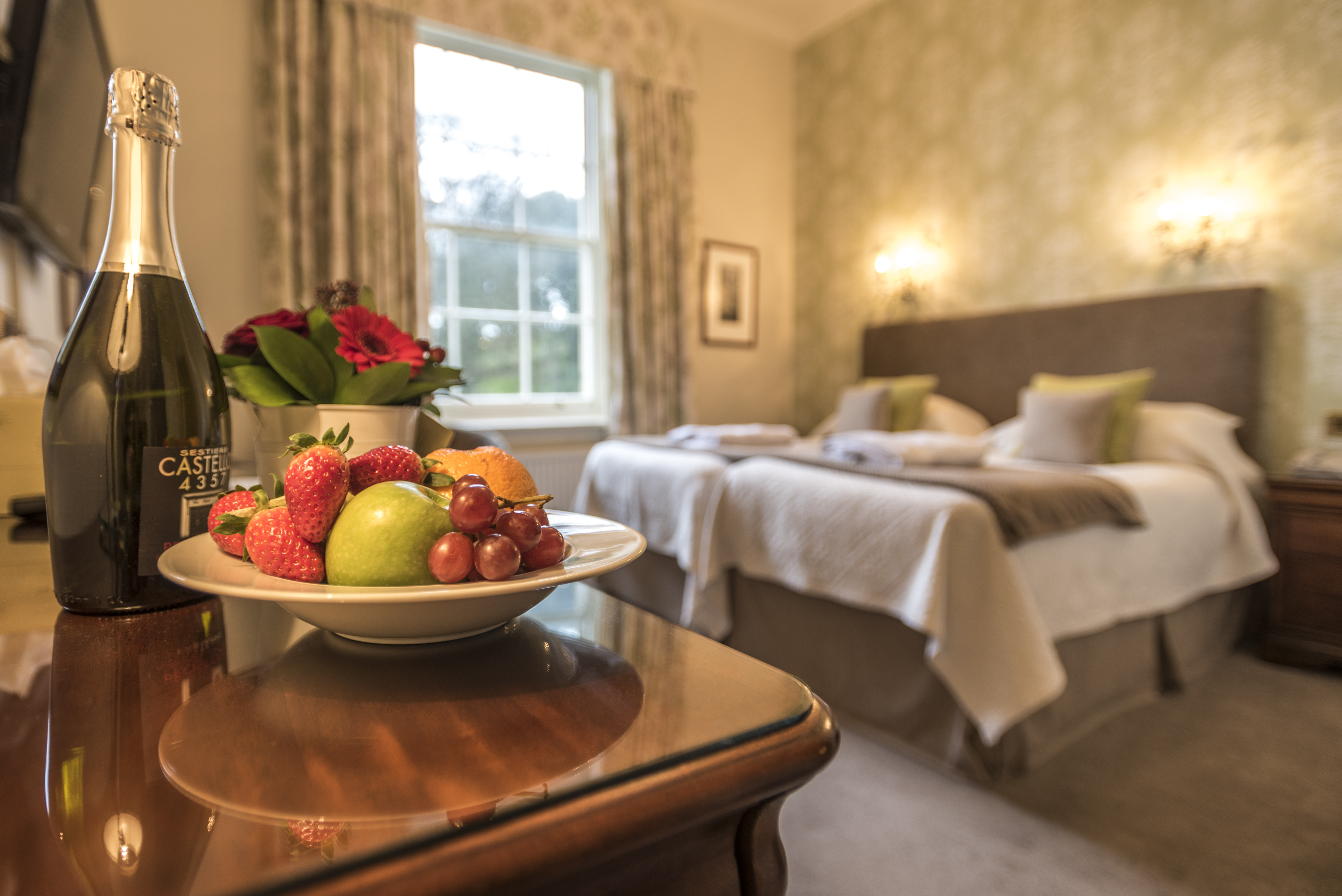 Cowes, the town in which we arrived at, is a beautiful seaside town with cobbled streets, winding roads, and some of the quaintest restaurants I’ve ever come across. But there was no time to waste as we had our escort to the hotel waiting for us with the car doors already open awaiting our arrival on the island. I sat in the back of the car staring out of the window admiring the fields abundant with crops one minute and the coastline the next. The car slowed down and took a left turn and I knew we must be arriving at where we’d be staying for the next few nights, The Royal Hotel in Ventnor.

The Royal Hotel is one of the oldest hotels on the Isle of Wight, and one of the island’s finest. Founded in 1832, the hotel was originally built as a coaching inn, but it quickly became known as The Royal Hotel after enjoying Queen Victoria’s patronage.

No sooner had I stepped inside the hotel I’d forgotten about the fresh air that I loved so much outside and decided that I didn’t want to leave the hotel all weekend. The tinkle of the grand piano welcomed me as I made my way inside to the concierge. I was handed a gold key with a heavy plaque twice the size attached to it with my room number. I made my way up the stairs and felt like I was in somebody’s house rather than a hotel. I turned the key and unlocked the door and was welcomed by the sound of waves echoing throughout the bedroom from the open window. I didn’t even pay attention to the room and walked straight to the low-level window and looked out to the sea.

There’s something about shutting your eyes and listening to the sound of the waves when you’re in England. Perhaps it’s because it’s a sound I associate with a holiday rather than home. 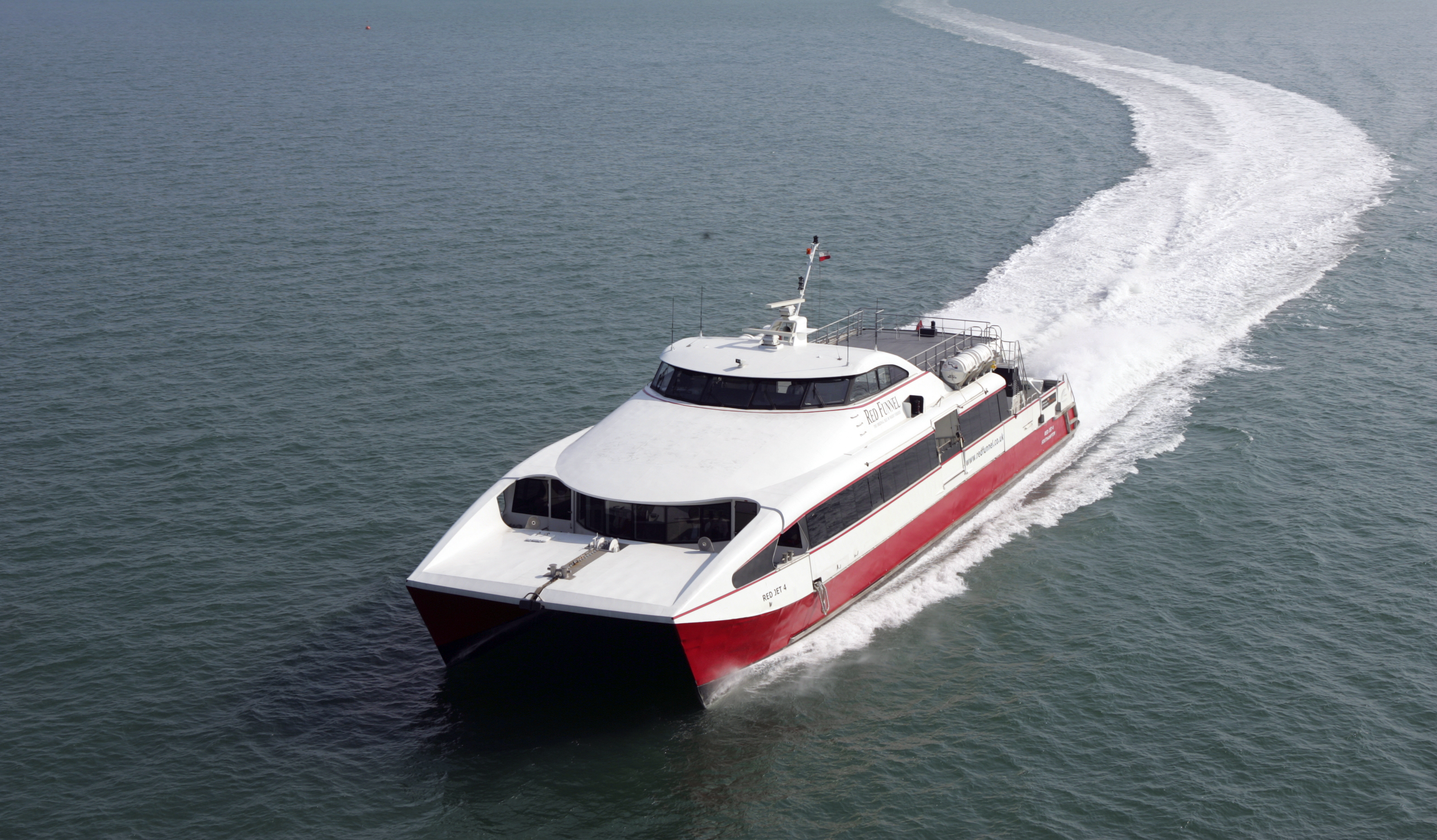 No sooner had we arrived at the hotel we were back out exploring all of what the Isle of Wight has to offer. We visited West Wight Alpaca’s for a calming alpaca-led trail through the greenery of the Isle of Wight, followed by a relaxing hot stone massage at the West Bay Club. It was an afternoon well spent and we felt refreshed and relaxed and ready to enjoy a long weekend on the island, which began with dinner at The Royal Hotel.

We took our seats in the restaurant beneath the grand chandeliers and ornately detailed ceiling. The hum of guests talking about their day in the Isle of Wight combined with the clinking of cutlery gave the restaurant a real homely feel. I ordered a glass of red wine while I waited for my Gallybagger cheese soufflé to arrive and the two together were a perfect pairing. Gallybagger is a cheddar-like cheese made by the Isle of Wight Cheese Company and it is only ever made in small quantities so very little of it ever leaves the island. The only places to find it are in the island’s local restaurants so it was a real treat.

To follow, I enjoyed roasted lamb rump with roasted artichokes, spring greens, fondant potato and wild garlic. The fusion of flavours was incredible and every mouthful was as good as the first. It was a dish that I never wanted to end. To finish I enjoyed a traditional sticky toffee pudding with ginger ice cream. 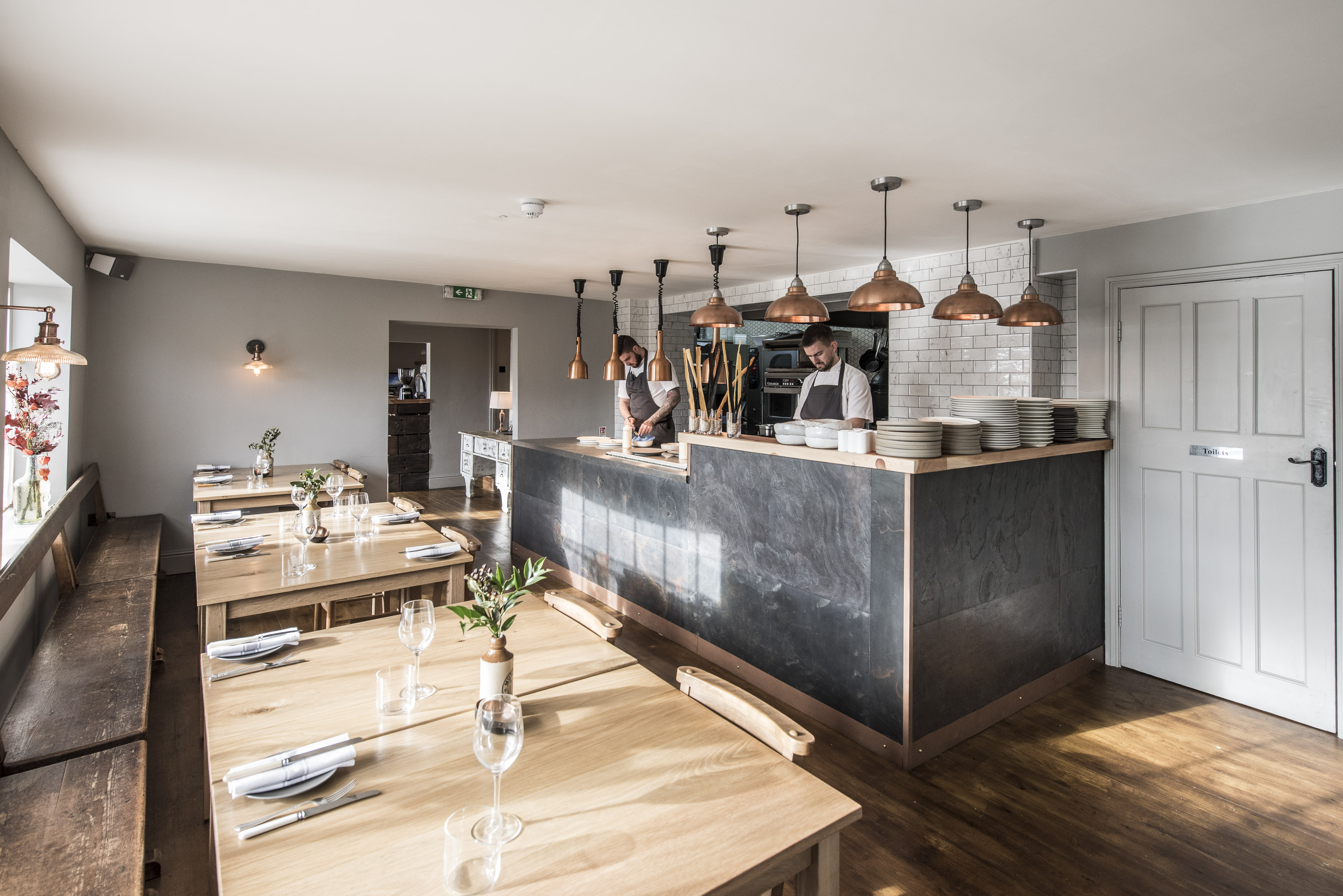 The following day we woke up welcomed by the sunshine so we chose to make the most of the weather and enjoy a cycle trail along Freshwater Bay. Wight Cycle Hire provided us with bicycles that we rode through the trees and along the water until we arrived at the famous Isle of Wight Needles. For lunch we chose to have fish and chips at The Little Gloster simply because you cannot go to the Isle of Wight and not have fish and chips at least once. Satiated, we then headed on to the Isle of Wight Distillery.

The distillery is best known in the UK and Europe for their Mermaid Gin. “Mermaid Gin is a handmade, small-batch gin made using ten botanicals that are meticulously sourced for quality and carefully blended to create a smooth, fresh and complex flavour profile.” The Isle of Wight Distillery’s outside veranda is the perfect place for gin tasting in the sunshine overlooking the lush green hills and the grazing cows.

After a few too many gins, we decided to retreat to Osborne House which was once the summer home and rural retreat to Queen Victoria and Prince Albert. The former royal residence in East Cowes was built between 1845 and 1851 and is now open to the public and is well-worth the visit. Later that evening we had the pleasure of dining at Chef Robert Thompson’s restaurant. Robert Thompson was one of the first to put the Isle of Wight – which is normally associated with sailing and seaside holidays – on the ‘foodie’ map. His reputation in the UK as the youngest Chef to be awarded a Michelin Star has given him the platform to promote his own style, ideas and talent amongst the culinary world. Robert launched his first solo restaurant called Thompson’s in the Isle of Wight just a few years ago and it already has quite the reputation.

Before we headed through to the restaurant we sat in the bar and enjoyed a cocktail or two. I opted for the Totally Tropical which was a concoction of Koko Kanu, mango, passion fruit and papaya. The cocktail had a smoothie consistency to it and felt like holiday in a glass. We then took our seats in the restaurant excited for the eight-course tasting menu that Chef Robert Thompson had put together for us.

The most notable dishes of the evening were the the pan fried fillet of John Dory and the burnt honey panna cotta with raspberries. The pan fried fillet of John Dory was served with a fennel choucroute and raisin purée which created explosions of flavour in my mouth. The raisin purée added a delightful sweetness that you wouldn’t believe the dish needed, but it most certainly did. It made it.

The most mention-worthy dessert is undoubtedly the burnt honey panna cotta. The flavours were incredible and it was the best panna cotta that I had ever tasted. Hats off to Chef Robert Thompson for an incredible culinary experience that didn’t disappoint at any stage throughout the eight-course meal. It truly was a one of a kind gastronomic experience. 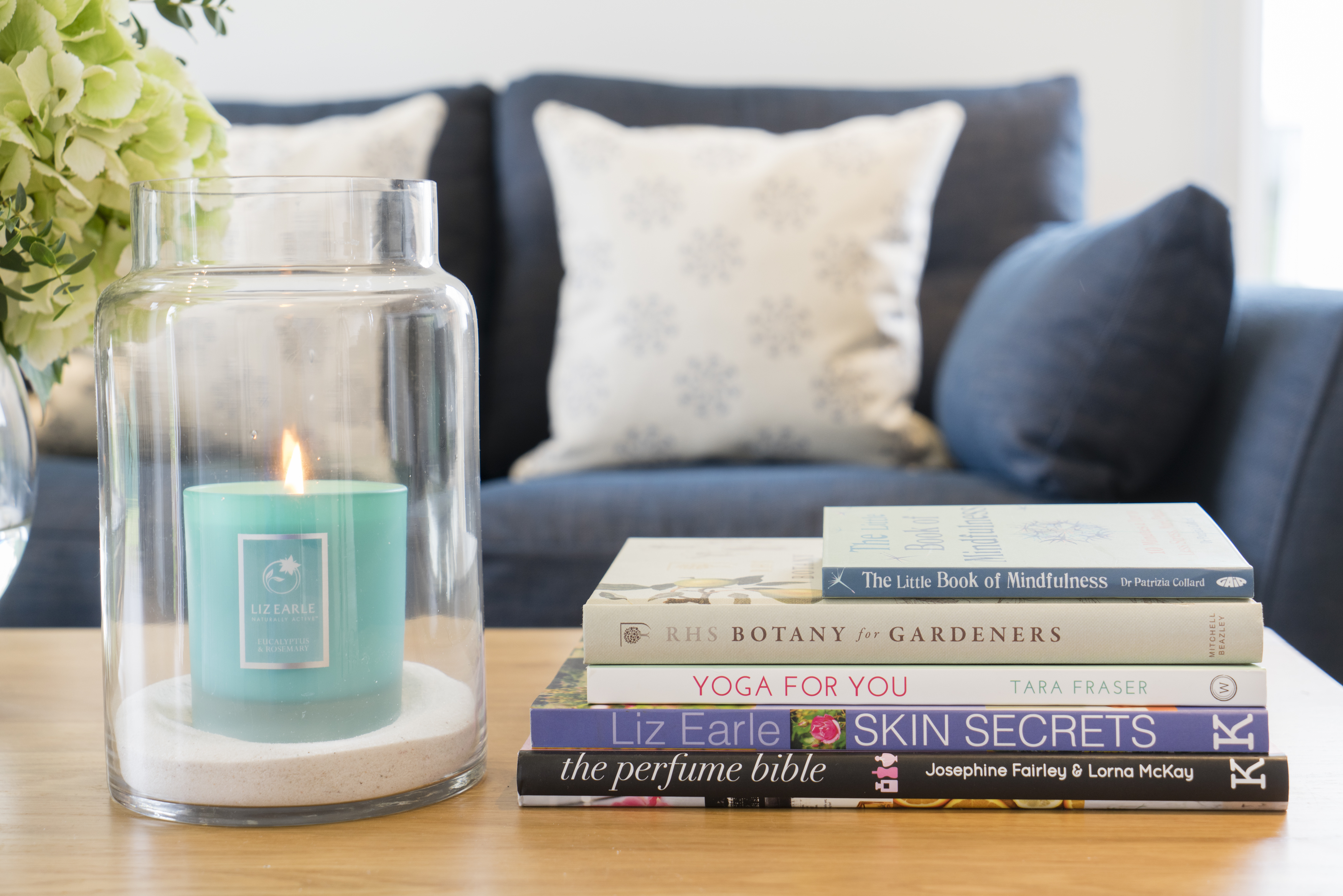 On our last day in the Isle of Wight we visited the garlic farm, and it’s the one thing you absolutely must do if you visit the Isle of Wight. Who’d have thought a garlic farm could be so interesting and so much fun? The restaurant serves the most delicious garlic-infused menu and the sharing platter is definitely something worth trying – from typical garlic bread to whole cloves of black garlic… it’s truly a unique tasting experience.

You can then hop onto a trailer attached to the back of a tractor and be taken around the garlic farm for a tour. Afterwards you can enjoy some garlic tasting and choose what products you’d like to buy from the shop. The one thing that I found most intriguing from the few hours that I spent at the garlic farm was the black garlic chocolate chip ice cream. Black garlic can be added to most dishes but it has a different flavour to the traditional garlic that you and I are familiar with. Bizarrely, it has quite a sweet taste when added to ice cream, and it’s definitely something you should try.

After a lovely long weekend in the Isle of Wight it was time to head back home with Red Funnel Ferries. I’d never thought of the Isle of Wight as a holiday destination before, but I couldn’t have been more wrong. If you’re looking for a few days away from a hectic and busy lifestyle and want some peace and quiet and tranquillity, then the Isle of Wight is the perfect place to go.