An Intimate Lunch with Georg Riedel, the Wine Glass Maker 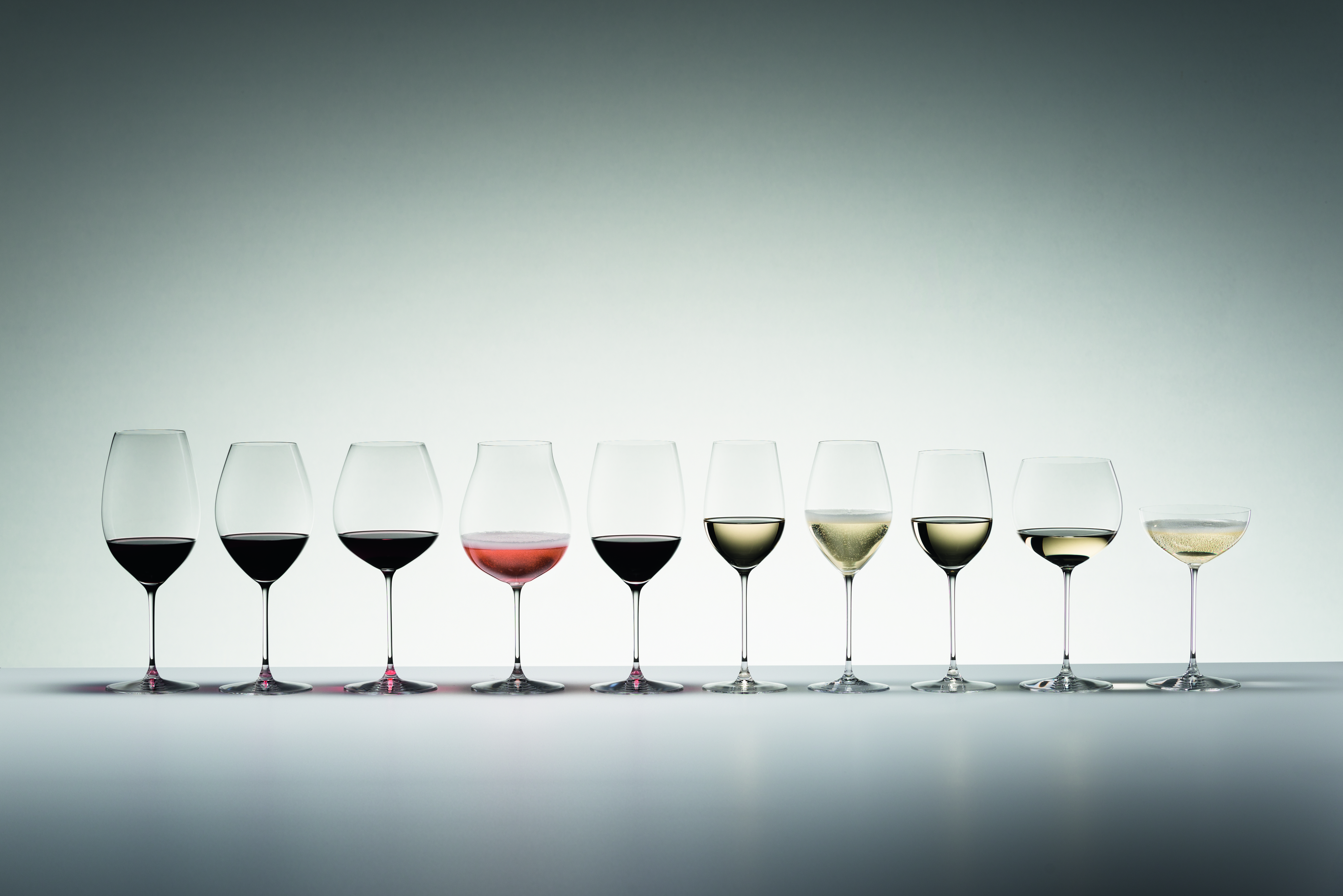 It was a beautiful September afternoon and I was due for a private lunch hosted by Georg Riedel, former CEO of Riedel, The Wine Glass Company, at the South African restaurant, High Timber. The 300 year-old family business is now in its 11th generation, currently being run by Maximilian Riedel, the son of Georg.

As I arrived, I was greeted by a spectacular view of the river glittering against the city landscape. Unfortunately for me, I would not have the chance to enjoy the sun any longer, as I was guided down to the basement and taken through to a private room filled with journalists such as myself. The dimly lit room was not small but appeared less spacious due to the long wooden dining table, which was set for 24 guests. 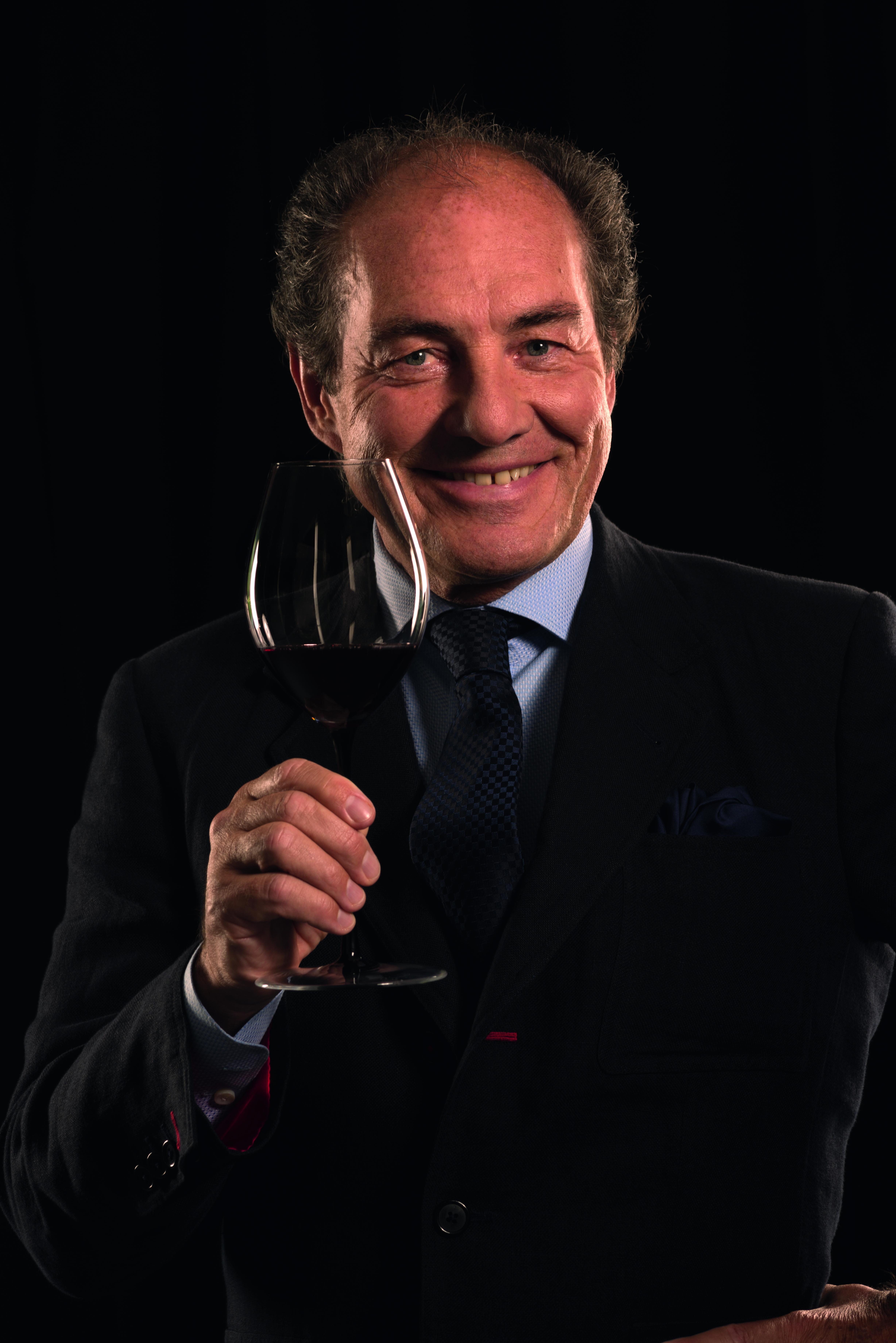 Once everyone was seated, Georg Riedel stood up, introduced himself and set the agenda for the meal. He was dressed in an immaculate navy suit and his Austrian accent made him appear kind. He started by explaining that the glass is in charge of the flow of liquid and whilst the new Riedel Veritas Series varied in shape and rim, each glass was of minimalistic design and each glass is large enough to hold a bottle of wine.

He continued to inform us that it is the rim of the glass that dictates how far you tilt your head back. I was amazed by how much thought went into the shape of a glass. However, the question of the hour was, “Does the shape of the glass change your perception of food?”

We were testing the theory with three glasses from this particular collection: the New World Pinot Noir, the Old World Syrah, and the Cabernet/Merlot. To start, we were asked to pour 100ml of water into each glass. The New World Pinot Noir has a larger base and a more spherical shape, with a flared rim. This automatically lifts the tip of the tongue, which increases the flavour. The Old World Syrah has the smallest rim and so encourages the user to tilt their head back, which allows the liquid to reach the back of their palette. The Cabernet uses the same shape as the New World Pinot Noir but has a wider rim. This was the perfect glass to drink water from. 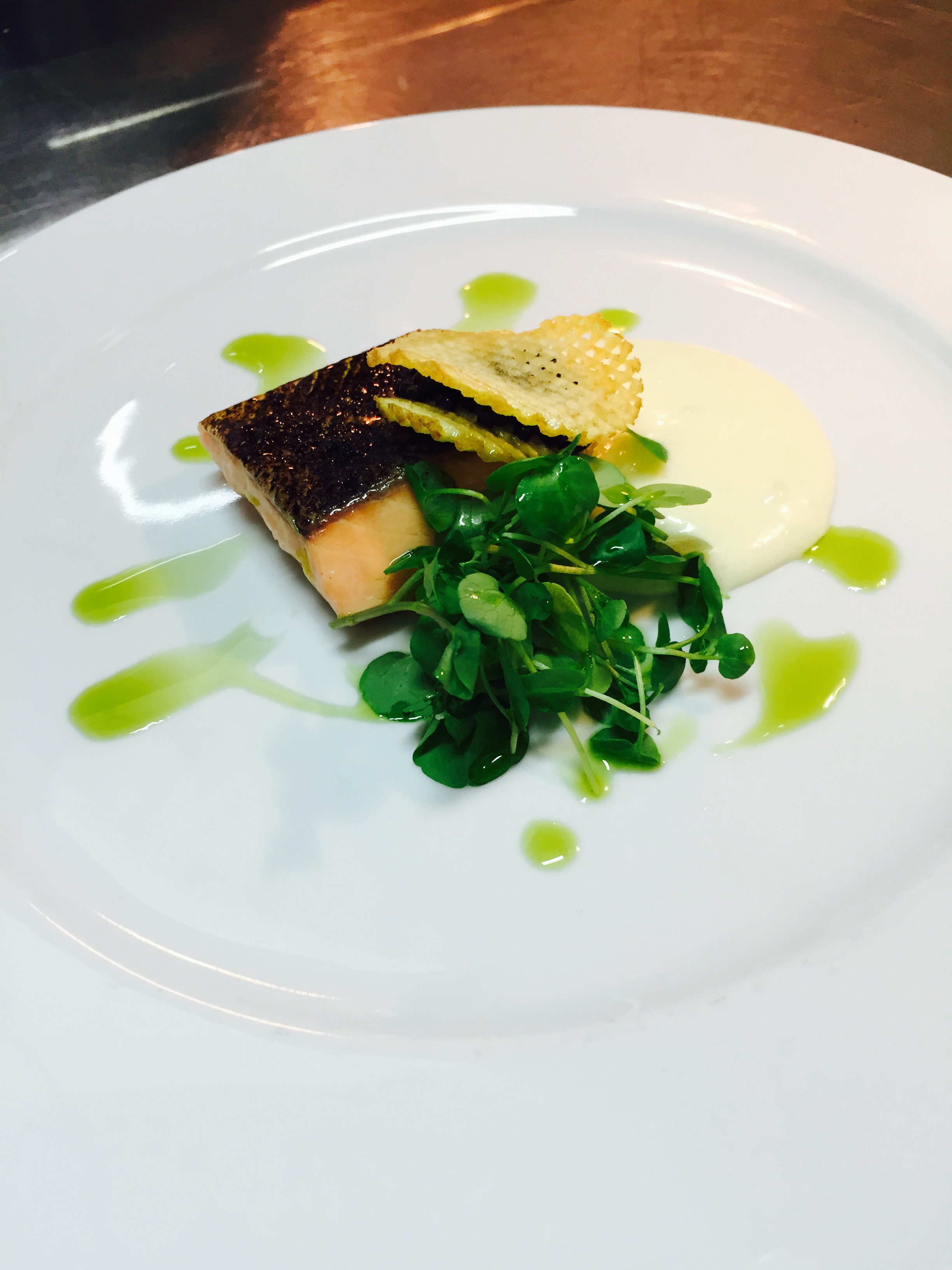 With this in mind, the first course was brought out to put the theory to the test. To start, I had the Chard Salmon with smoked potato mousseline, caviar, watercress and game chips, accompanied by the Bouchard Finlayson Galpin Peak Pinot Noir 2012. We were given red wine in all three glasses to try and see if there was a difference. As I’m not a wine drinker at all, I was curious to see if it did change the perception of my food. Personally, I didn’t notice a difference, the salmon tasted delicious with each glass. Conversely, the rest of the party all agreed that the first glass, the New World Pinot Noir brought out the smokiness of the salmon more.

Whilst waiting for the next course, Georg brought out the magnificent Evechen decanter. As he poured a bottle of Jordan Cobblers Hill 2011 into the spiralled glass, he explained how the decanter changes the fermentation of the wine and makes it sweeter. He began swirling the dark berry liquid around and let each of us listen to the wine fizz. As he went round the room demonstrating the exquisite piece of glassware, he turned the decanter upside down and to our surprise, not a single drop of wine came out.

The main course was the appetising Beef Short Rib with earl grey prunes, crushed swede & carrot, apple purée and gravy, complemented by the Ernie Els Syrah 2012. To my surprise, I did notice that the second glass, the Old World Syrah, did bring out the sweetness and richness of the food and the rest of the table were in agreement. 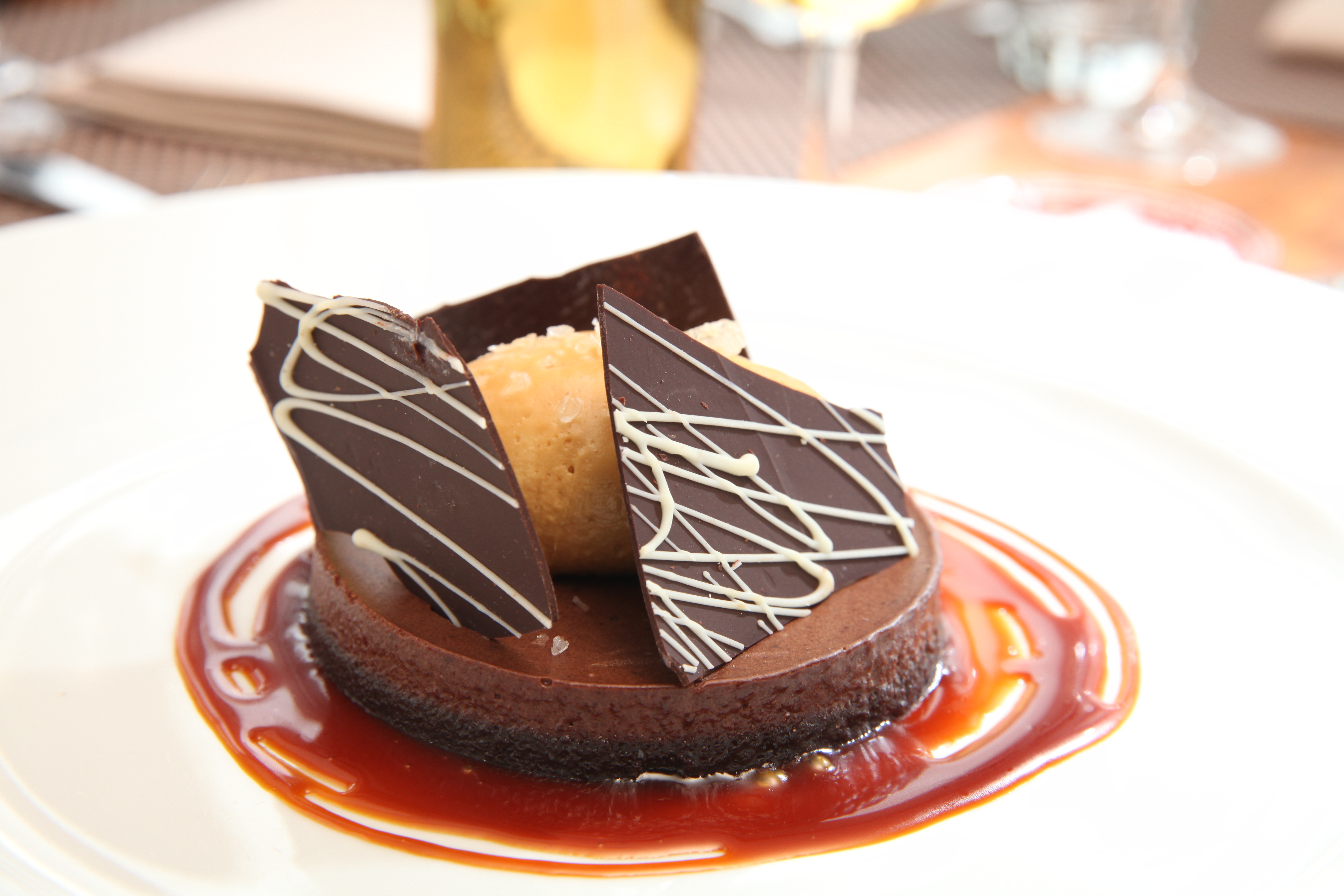 The dessert was the most delectable Double Chocolate Torte I had ever had the pleasure of trying. It was served with a salted caramel mousse and a sprinkling of rock salt, accompanied by the Jordan Cobblers Hill 2011. The tart tasted sweeter with the first glass, seemed bitter with the second glass and the third was just right. Everyone seemed to choose the third glass, the Cabernet, but the New World Pinot Noir was my preferred glass to drink from due to my sweet tooth.

It would seem that the shape of the glass does change the perception of food.