Exploring the Truffle Capital of the World, Emilia Romagna, Italy Italy is one of the world’s most visited countries for a very good reason (a cool 52 million visitors in 2016 if you want to get down to brass tax). It has absolutely everything to offer, it is blissfully conveniently located and it’s not so expensive that after your holiday you’ll put your hand in your pocket and only feel leg.

These are more logistical than emotive stimulus, far more alluring are Italy’s food and drink, its rich history, its fashion and architecture, it’s bella figura. Skiing in Cortina, fashion week in Milan, the unbridled majesty of the Vatican in Rome, the list is utterly exhaustive. However, there is one modest problem – it isn’t a vast country and the aforementioned Italian vacation spots, amongst many others, are tourism epicentres. This can result all too often in those crestfallen moments where the supposedly clandestine restaurant you’ve been recommended is crammed to the rafters with anyone other than Italians.

It is truly a feeling of failure when, upon pausing for breath between courses, you can hear the table next to you grumbling about the snail’s pace of the District line or how glorious it is to escape England’s Narnia-esque eternal winter (but never Christmas).

I was fortunate enough to take a short jaunt to Emilia Romagna, the region of Italy starting from just above Florence and covering up to just beneath Milan, and stretching laterally from the easternmost coast of Italy overlooking the Adriatic sea, West towards Genoa. I use the word ‘short’ in terms of my visit intentionally as it was a trip that I truly wish could have lasted a lifetime. I would loved to have seen in what form my eventual demise would have been: death from glutton-inspired overeating, or simply a shameless and ceaseless consumption of sublime wines.

This region is so called as a result of its Ancient Roman heritage, which proved to be a key feature during my visit. The ‘via Aemilia’ was the hugely significant road linking Rome to Northern Italy. ‘Romagna’ came from ‘Romània’, the final dying embers of the Roman empire in the East after the Western empire had started crumbling into the abyss.

Emilia Romagna is bristling with reasons why anyone, or perhaps everyone, should go and visit. The one which made itself most apparent from the outset was the distinct absence of tourists, an absurdly welcome discovery. Moreover, everywhere I visited felt wholly genuine, unspoiled and untainted. It was conceivably the most welcoming place I have ever visited in Italy, and I pride myself on my Italian coverage. However, the list of accolades does not stop there – far from it.

Romagna is known as a global hub for truffles and truffle hunting, that quaintly poetic but potentially lucrative sport-cum-passion. Truffles in Romagna form not only a central pillar of the region’s gourmet offering, but also a social mecca for culinary hedonists. Truffle enthusiasts travel from far and wide to visit Sant’Agata Feltria in the beating heart of Romagna.

Sant’Agata Feltria holds truffle fairs each Sunday during October to celebrate this precious delicacy during the peak season for this highly sought after commodity. This small, picturesque town deep in Italian countryside springs into life and is filled with truffle-o-centric market stalls, live music and parades. 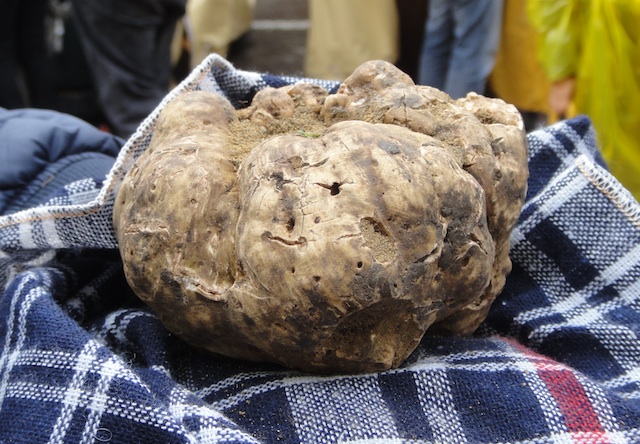 The truffle ‘hunt’ itself revolves around an experienced and dedicated handler, who will delve intrepidly into the surrounding forest, and his faithful partner – a highly trained hound. Even though I accompanied one such soldier of fortune into woods during a gloriously warm Autumn afternoon I am assured that this is no fair-weather game to be played only in, well, fair weather.

Rather it is a chase which stretches into the cold winter months and beyond, so of course dedication is synonymous with the amount of success that a truffle hunter can expect to have. Black truffles are a marginally easier find, as they tend to lurk around ten centimetres beneath the top soil of the forest of Sant’Agata Feltria waiting to be sniffed out. However, the gastronomic arc of the covenant, the white truffle, can be up to one metre down. The price of the find can vary on the season in which it is found. October offers up the finest specimens and the cost for black truffle by the kilogram is between EUR 600 to EUR 1,500 whilst for white truffle it is between EUR 1,500 and EUR 2,500. Not bad work if your faithful hound is worth his salt, in fact breeding dogs who are particularly gifted truffle sniffers is an industry in of itself and is rife in the region.

The white truffles are somewhat of a mystery and it’s relatively unknown what makes this varietal grow, whilst it is possible to ‘farm’ black truffle. This simply serves to further increase the mystique around these lumps of white gold plucked from their slumberous refuge deep underground. 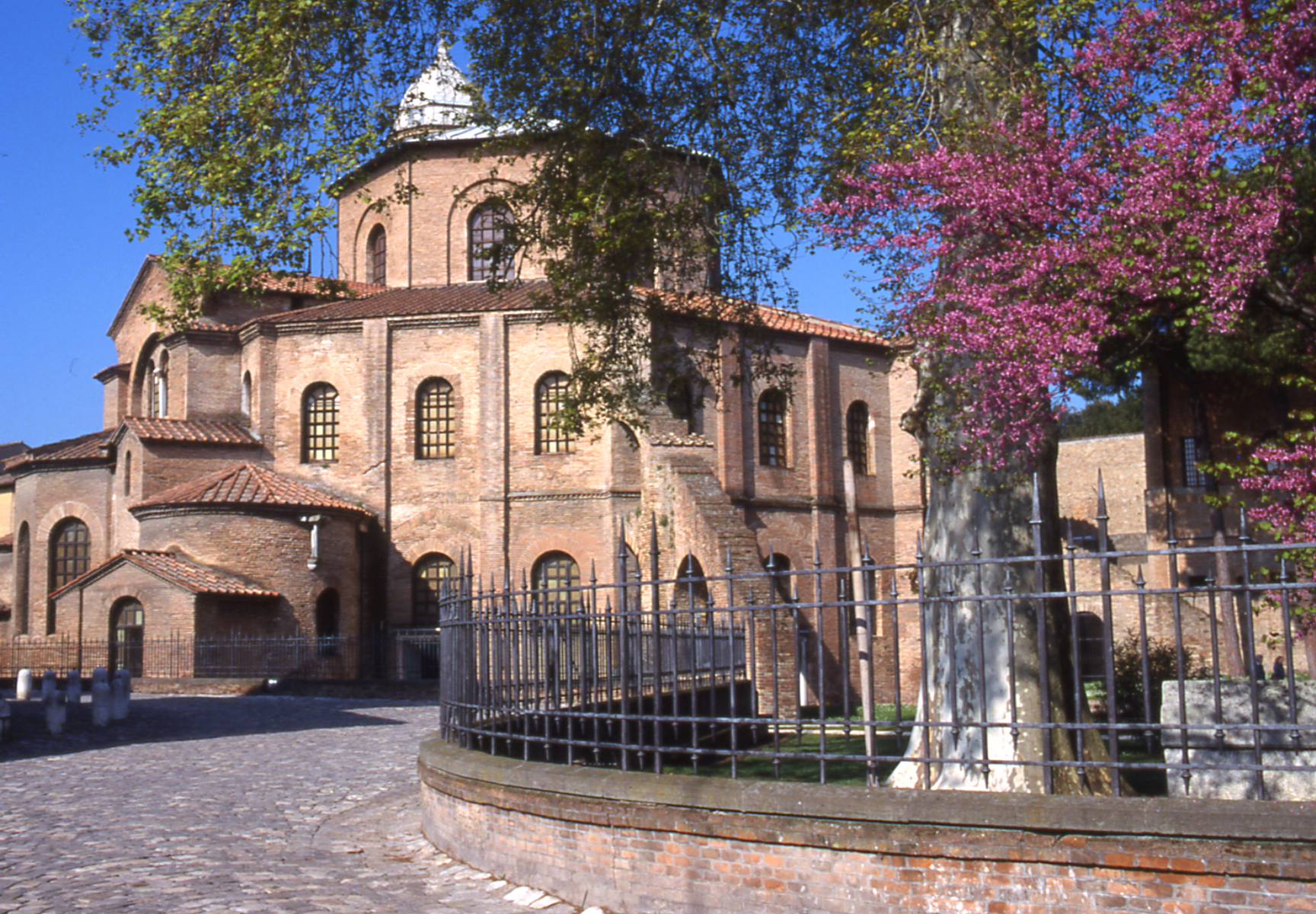 Leap across Romagna about one hundred miles to Ferrara and you’re in a different environment all together. I took respite en route at Collina dei Poeti, a peaceful agritourismo style hotel surrounded by the family’s vineyard. In Ferrara the emphasis is on breath-taking antiquity, though of course the region’s reverence for jaw-droppingly good food is still unmistakably present.

The Castello di San Michele dominates this oasis of tranquillity surrounded by an emerald green moat. This impressive castle was constructed in 1385 at the order of Niccolo II d’Este in order to protect himself and his heirs from the enraged Ferrarese people. They had torn limb from limb, in a sort of Bacchae-esque sparagmos, a representative of the family who had failed to address their woes due to the economic ravages that increased taxation and flooding had caused. Despite its bloody history the castle is well-worth a visit.

On a lighter and more palatable note Ferrara is also known for its love of using pumpkin in cooking, you can find it in their dreamy gelato, stuffed in the town’s capellacci (Ferrara’s answer to stuffed tortolini) and in their pastries. Whilst Ferrara should very much feature in the itinerary for every Romagna trip, it is Ravenna which truly stole my heart in terms of mesmerising cultural appeal. Ravenna was the capital of the Western Roman Empire until Rome eventually fell. After this it was conquered and taken as prize many times over. It is a city filled with religious artefacts and astoundingly beautiful basilicas, most notable of all and under no circumstances to be missed is the Basilica di San Vitale.

This octagonal church is universally recognised as one of the most significant and influential examples of Byzantine art and architecture with its mosaic drenched walls and golden light filtering through alabaster windows. Did I happen to mention that Dante Alighieri’s tomb is practically a stone throw away too?

There’s simply too much on offer in Romagna to summarise conclusively and in a way which does real justice to each and every unmissable feature of the region. No sense or cultural appetite goes unsated. Equally as important, no resident of the region has less than a thoroughly warm welcome to those who come looking for holiday a with a little more depth than four days frying on a beach whilst shovelling sand out of places where sand is traditionally not meant to reside.

Yes, I may now be struggling to do up my suit trousers as a result of modest changes to my waistline, and my shirts are looking a little more snug than I am accustomed to, but it was worth it. 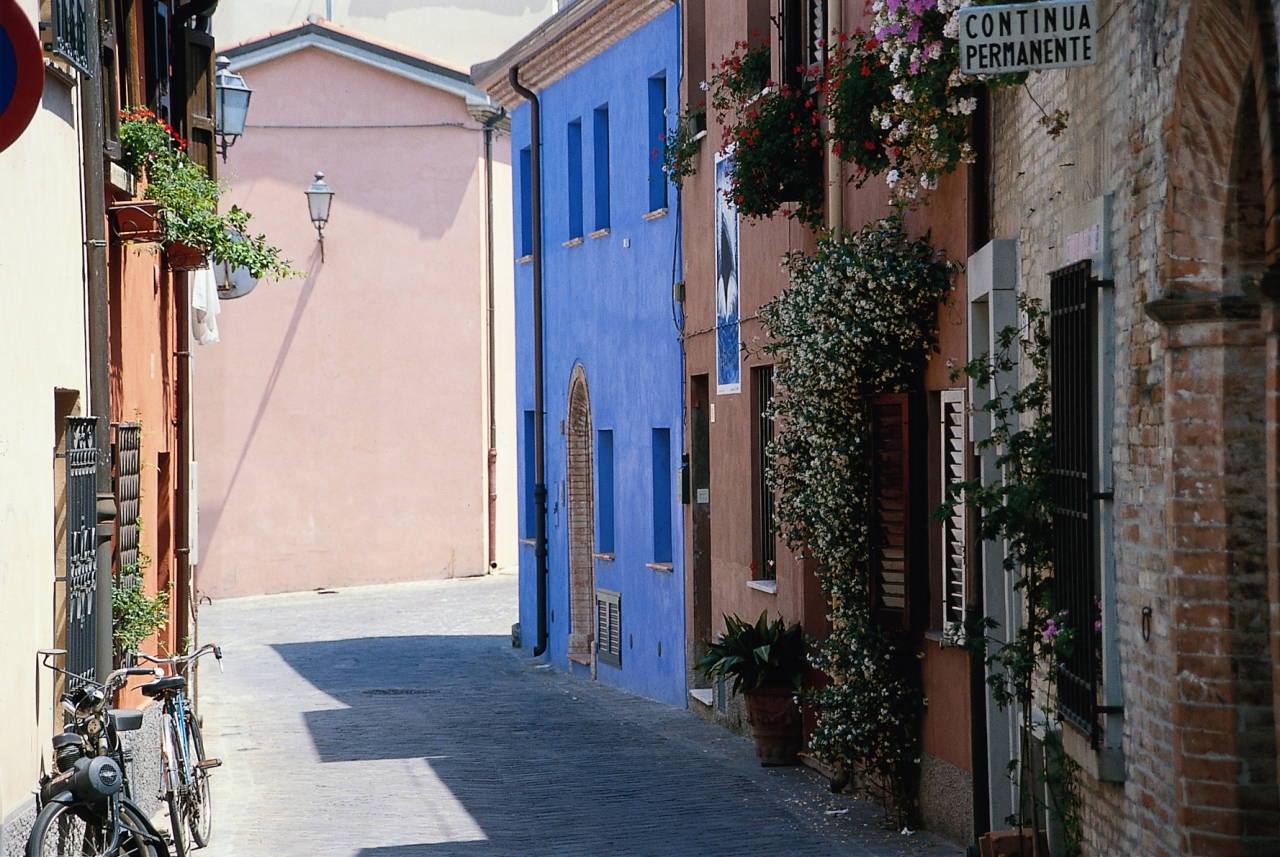