Fletcher Harrington: The Man Behind Your Favourite Model We drank: I had a Reverse Cowboy cocktails and Fletcher stuck to Apple juice

As I walked into the lounge at the Malmaison hotel one Wednesday evening, I was pleased to discover that it was almost deserted. A suavely dressed French barman was positioned behind the bar, preparing a tray of cocktails for a group of businessmen who were seated in a private room separated from the lounge by a sheet of glass. Aside from that, the lounge was empty except for Fletcher Harrington, who sat casually at a glass table in the corner.

Fletcher has a reputation as a hedonistic former model and current rogue but on the other also as a serious businessman, who runs No. 15 Scouts, his own successful model-scouting agency. It all sounded very intriguing and I was eager to find out more. 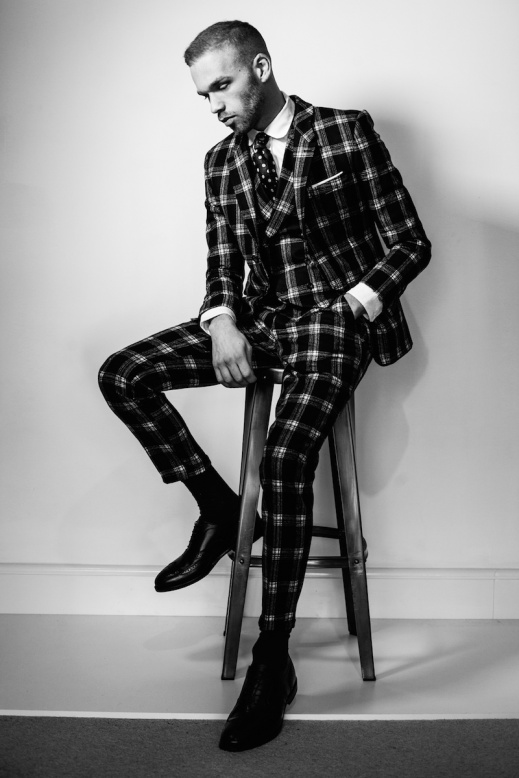 As I approached, a dazzling smile appeared on his face, the kind of smile that immediately puts one at ease. He stood to greet me in a gentlemanly fashion and we exchanged pleasantries. I tried to tempt him with a shot but he politely declined and gestured to a glass of apple juice, which was cupped in his hands.

After I had placed my order, Fletcher turned to me, his eyes flickered with mischief. He said: “I can’t face alcohol of any kind, I went crazy on Absinthe last night.”

He then went on to tell a decadent tale which I definitely cannot repeat here.

Fletcher’s life is filled with extraordinary stories of debauchery. Throughout the evening, he told many stories that occasionally made my eyebrows raise and my toes curl but always made me laugh.

So it came as no surprise that the story of when Fletcher was first scouted as a model was littered with mischief. Fletcher smiled nostalgically, he said: “I was at this party with my girlfriend at the time. We were underage and behaving pretty naughtily when this random geezer approached us. He asked if I was a model, initially I thought he was hitting on me which was hilarious and very awkward.”

It transpired that the man was Philip Salon, a pioneer of the iconic new romantic era, which dominated London’s pop culture scene in the early 1980s. Salon is probably most famous for re-inventing legendary singer-songwriter Boy George.

A week after Philip Salon had introduced himself to Fletcher; he had signed him to a modeling agency. 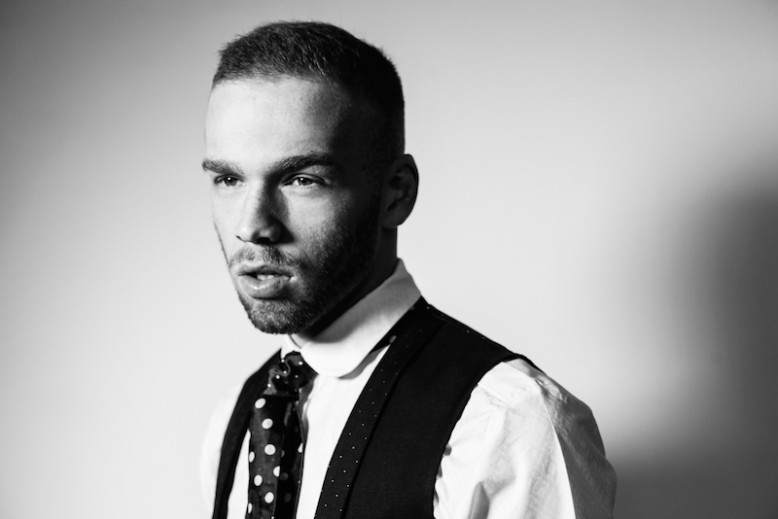 Fletcher’s modeling career took off to stratospheric proportions. Incredible opportunities flooded in, including modeling a number of times for Vogue, Wonderland and Adidas.

Fletcher revealed that in many ways modeling completely transformed his life. He scratched his golden stubble thoughtfully for a moment, he said: “Unfortunately, I am cocky and at school I was the class clown, I was the kid that the teacher would not be able to handle. I went from being the school drop out, the guy that no one thought would amount to anything to becoming a model.”

He added: “One minute I was working in retail for less than £50 per day, the next I was earning £3000 for 8 hours work. The whole experience was ridiculous.”

I was keen to discover what had prompted Fletcher to turn his back on his modeling career to pursue scouting. He looked solemn for the first time that evening and bit his lip.

After a moment’s hesitation, Fletcher sighed softly and cocked his head to one side. A small smile played on his lips, he said frankly: “Do you want the business answer or the real answer?”

I replied that the real answer would be ideal. A soft laugh escaped from his lips and he sighed deeply once more. When the words came, they unraveled from his lips effortlessly, in the only way they can when they come straight from the heart.

With an undeniable twinkle in his eye, he said: “So, it is a really long, crazy, silly story about a girl. It involves a city, the girl, love and of course a break up.”

He rubbed the stubble on his chin once again, then said: “The short story is that I was young, dumb, in love and out to prove to her that I was more than just a model.” 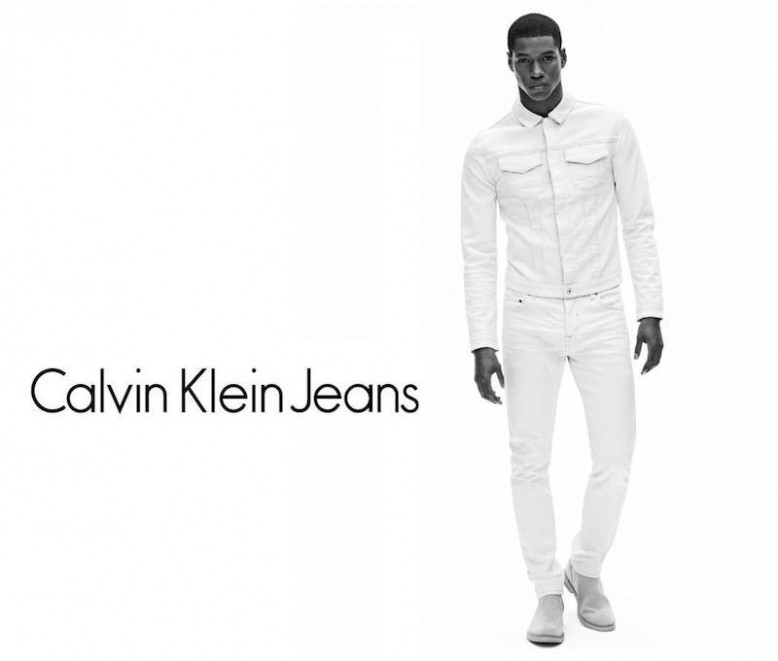 To say that Fletcher is on the right path now is an understatement. He has discovered and launched the careers of dozens of models that now grace campaigns for Calvin Klein to Versace and have walked the runway for Burberry to Miu Miu.

Fletcher revealed that when he scouted Ronald Epps, he knew he had found a star. He recalled excitedly: “The first message I sent after I scouted Ronald was, ‘I have just found the next black supermodel’. Eight months later and he’d shot 8 campaigns and was the face of Calvin Klein.

Fletcher added proudly: “Epps made more money in that time than most models make in a lifetime, he killed it!”

Fletcher also revealed that when he discovered James Chapman in Covent Garden, he instantly knew that he would be a phenomenal success. One year later and Chapman is now the face of Versace. 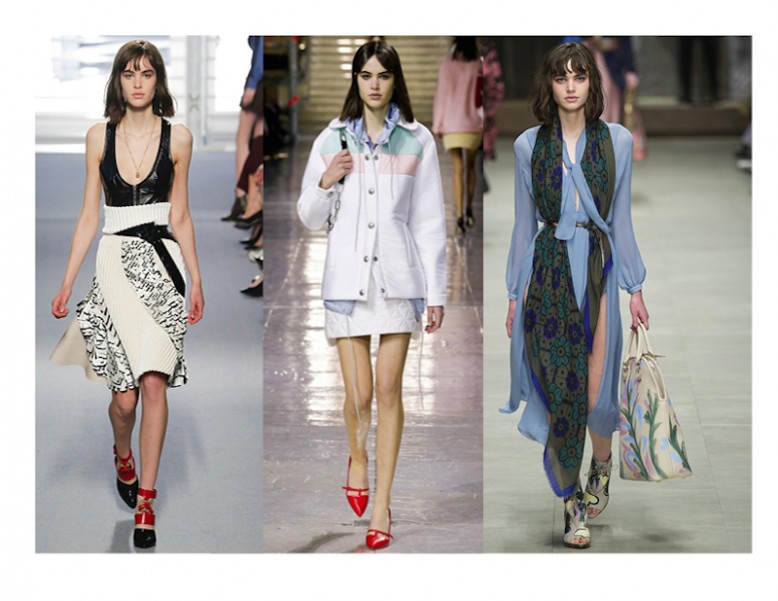 Aside from his boys, one of Fletcher’s biggest discoveries was Misha Hart from Glasgow. At the mention of Hart, Fletcher’s eyes lit up with pride, he said: “I just saw her wandering around Glasgow, I couldn’t believe my eyes. I flew her to London and took her round to the modelling agencies and they all went apeshit, my phone didn’t stop ringing.”

Since then Misha has signed to Viva London and has graced the catwalk for Louis Vuitton, Miu Miu and Burberry.

I was keen to discover Fletcher’s secret, what he looked for when he was scouting. He laughed long and hard at this, he said playfully: “You are going to make me give away all of my secrets!”

After much probing, he revealed: “For girls, in terms of height I would preferably sign girls who were at least 5’9ft. If they have a strong commercial look, then I don’t want them to be too skinny but if they’re 5’11ft or over I’d prefer them to be slim with an athletic physique.”

He added: “For boys, I won’t sign anyone under 6’1ft. I use myself as a guide, if they are my height or taller that’s fine but I am definitely the cut off point.”

Fletcher revealed that although he does have requirements in terms of height and body shape, the most important factor is which agency or brand someone is most suited to. He said: “I can instantly look at someone and know where I’m going to place them. It is about more than what agency will sign them, I can predict which brand they will shoot for.”

He added: “Every person I’ve ever scouted, I have predicted who they will shoot or walk for and I’ve been accurate every single time.” 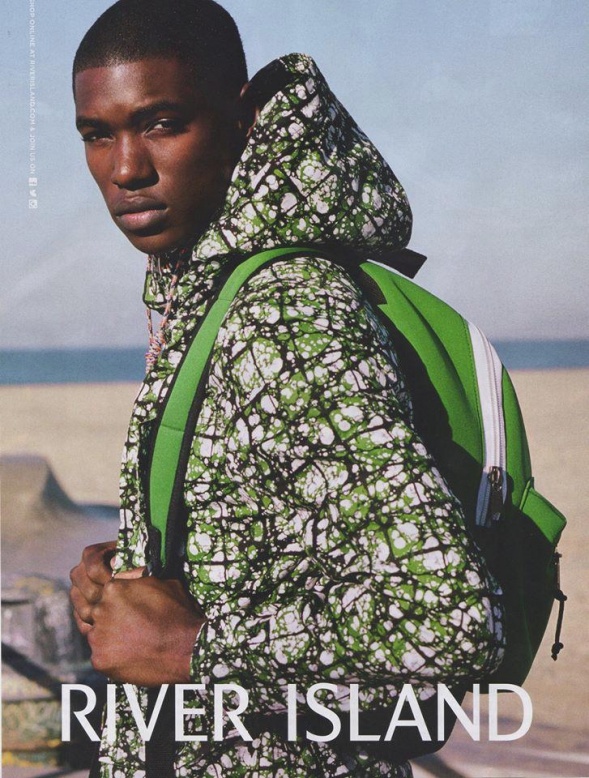 Fletcher’s endearing cockiness resurfaced again as the barman came to clear the clutter of glasses that littered the table. I asked him what advice he would offer to an aspiring model that is yet to be discovered.

A smile played on his lips once more, with a twinkle in his eye, he said: “If you have potential, don’t worry I will find you.”

I was really into cards when I was younger so I wanted to be a croupier.

As you can imagine I had really fair hair, so I would tell my 12-year-old self not to worry because eventually your eyebrows will be visible.

I’d go straight to The Drunken Monkey in Shoreditch and stuff my face. I’d probably go to somewhere in Asia next and get a wicked photograph of me chilling on top of a huge Buddha. Then I’d spend the night in a penthouse with a beautiful view and someone special to share it all with.

I booked my flight to Los Angeles, I am spending the entire summer over there.

Alfie! I can monologue the whole film, I know it that well.

Labrinth feat. Emeli Sandé – Beneath Your Beautiful cuts me up completely. Something must have happened around that time, for me to always get so upset when I hear it.

Well, I’ve got a tradition where I order Chinese from the same place every single Friday. So, at midnight I will probably just be nursing a full belly.

Shots! If you’ve ever done shots with me, its an unforgettable experience.

I would like to be remembered as that guy that came and fucked shit up.

Shot on location at the Joshua Kane Bespoke Studio London.

Suits provided and styled by