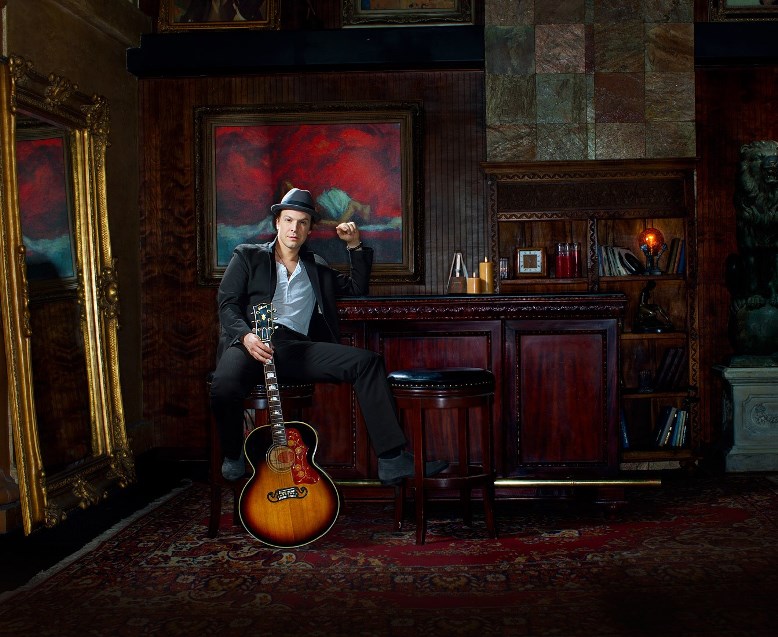 Gavin DeGraw is not the calibre of artist that you would expect to find under the title ‘Faces to Watch’. Gavin’s name, face and voice are recognised all over the world and have sold millions of records during his spectacularly successful career that has spanned over a decade.

This is a man who not only knows music, but also the music industry. He has experienced the overwhelming highs and the devastating lows in equal measure. Gavin knows what it is like to be at the dizzying heights of his career and to be universally adored. This is not the type of person that you are often able to speak to, learn from and be inspired by on a nondescript Tuesday evening.

I had previously agreed with Gavin’s record company in New York that they would call me at 6pm, so that the interview could commence. At precisely 6pm, my phone rang. The efficient woman on the other line checked to see that I was ready to go, when I assured her that I was, she said: “Well, I am going to hang up now and you can expect Gavin to call you personally from his home soon, he prefers it that way.”

It must be said that I have interviewed an array of musicians, artists, actors and so forth but it not often that an artist of Gavin’s standing, will offer to call you from his actual phone whilst he is in his actual home.

Within mere moments of ending the call with the record company, my iPhone buzzed impatiently once again. I picked up the phone, not sure what to expect on the line. I was met with a warm voice, the same voice that had entranced millions of pairs of feet to the dance floor and occasionally brought tears to millions of pairs of eyes. In an entrancingly deep and mellow tone, the voice said: “Hey Monicha, this is Gavin DeGraw.” 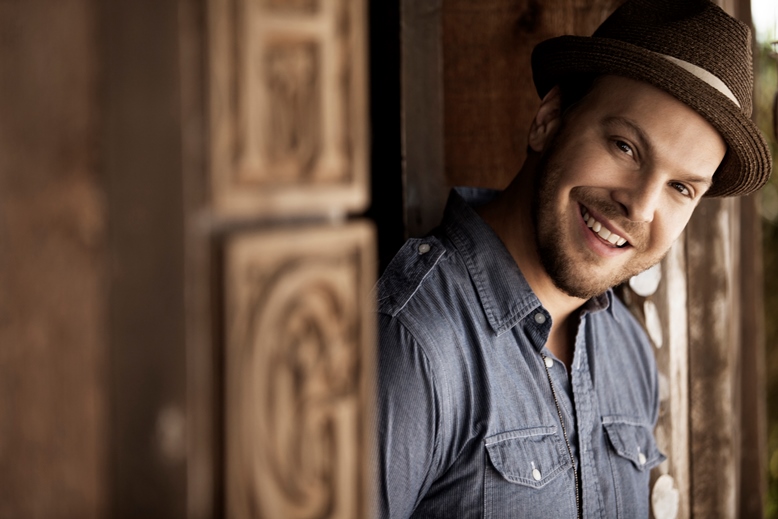 I am not often unsettled, especially in a professional situation, but the intimacy of the interview was undeniably distracting. To be honest, I had expected a relatively professional interview, with a man who knew the cat and mouse game between a writer and their subject well, almost too well. I had a preconceived notion that Gavin would have a mental catalogue of perfectly packaged press answers to draw on from any moment. In retrospect, I was completely wrong. I was met with a refreshingly frank, warm and knowledgeable man who was painfully charismatic and wore his heart on his sleeve.

Gavin explained that he was calling from his idyllic beach house in Miami, he said: “It’s great here, I can sleep with my window open and all I can hear is the Ocean. One of the things I love about being down here is I feel like I’m living on a cruise ship, you have nature on one side and on the other side you have civilization.”

Loved by his undeniably dedicated fans for his blue-eyed soul vocals, freewheeling melodies, and earthy charm, Gavin admitted that his success is solely down to his millions of fans.

Gavin softly said: “Every artist’s secret weapon is the love of their fans, and if you’re fortunate enough to have that, then you have to realise that your success is 100 per cent down to them.”

He added: “When making new music, one of the things I keep in mind is how to ensure that I include my fans. That is one of the trickiest things when making an album, because you want to experiment, but at the end of the day it is important to keep the people who have supported your whole career happy.”

Gavin divulged that he is an especially observant person and that plays a fundamental part when looking for inspiration for his song writing. He said: “I’m not necessarily an eavesdropper but I pay attention to my buddy’s and when they tell me stories I try and take in all of the information of what I notice and things that I get told. I take inspiration from my friends, my family, my own relationships and I kind of start to notice patterns and make my own theories out of it.”

With a self-deprecating laugh, he added: “I am like a terrible psychologist; I start to build thoughts around those types of stories and knowledge. In some ways because I am an artist, I am too aware of how I feel. Sometimes I wonder why I am always sitting here thinking about how I feel, I have probably got too much fucking time on my hands.”
Gavin is no stranger to the song writing process and explained that his approach to song writing has rapidly changed over the years. He said: “I still write songs on my own like I used to. When writing for my first two albums, I refused to be in a room with anybody. I would do all the writing alone and when I made my last album ‘Sweeter’, that was the first time I tried to write with someone else.”

The person in question is Grammy-winning singer-songwriter extraordinaire Ryan Tedder, who is not only the frontman of One Republic, but has also penned hits for world famous artists such as Adele, Beyoncé and One Direction.

Speaking of working with Tedder, Gavin nostalgically said: “He’s wonderful, a really great guy. He’s the type of person you work with that makes you think that this is what it’s supposed to be like. You end up having a great time working with someone you respect and you like personally and artistically and most importantly someone who understands who you are as an artist all the while.”

On the subject of music, Gavin revealed his favourite song which may come as a surprise to some. He said: “My favourite record of all time is Bing Crosby’s White Christmas; I listen to it all year round. I’m the guy who will probably get married in July and have White Christmas as my soundtrack.” 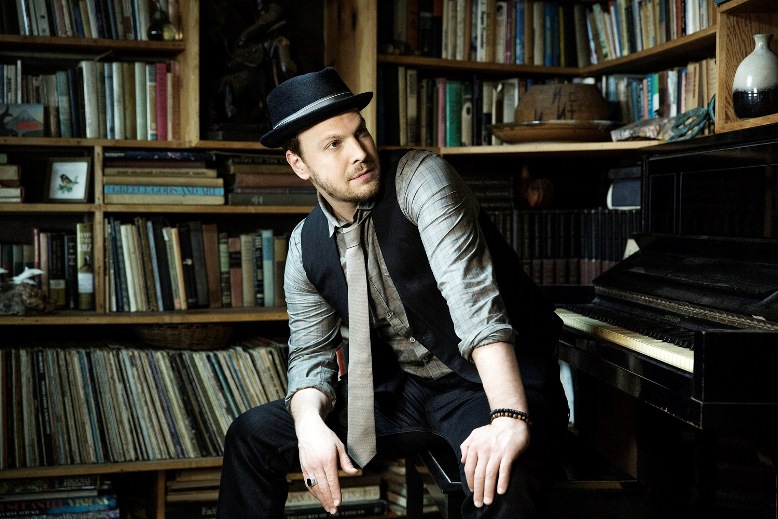 Before Gavin rose to fame in 2003, when his track ‘I Don’t Want to Be’ was chosen as the soundtrack for One Tree Hill, he revealed that he had a number of depressing jobs. He pondered: “There were so many. I washed rich people’s dogs and I worked at a magazine stand. By far the most boring job I had was as a lifeguard. Unfortunately I didn’t get to save any babes, I know it sounds terrible, but I used to kind of wish that someone would need help so I could get in the water.”

He groaned and added: “You had to sit outside in the sun for like 8 hours at a time, it was crazy. That job put me off sitting in the sun for life. I haven’t sat in the sun for years, even when I am in Miami, I am happy to sit in the shade. I look at the sunlit areas on the beach and I am happy for the people there who are enjoying it, but every time I am in the sun it reminds me of my time as a lifeguard.”

The Arcadia Online team were lucky enough to listen to Gavin’s new album ‘Make a Move’ several weeks before its official release. I confessed that although the album is effortlessly beautiful, there are a few tracks that stood out to me and immediately became personal favourites. One of those tracks was ‘Finest Hour’, a song that tells the story of a particularly raucous night that is laden with debauchery. I asked Gavin whether this song was based on his own personal experiences. He laughed hard and mischievously for a while and then said: “That is a good question, it’s based on a lot of personal experiences.”

We then burst into more peals of infectious laughter. Throughout the laughter, endless tales of unspoken stories of wild nights full of hard liquor and great loves ran through my head. The air was positively thick with unuttered memories.

Gavin elaborated: “I think you have to write about what you know. The best stories come from the worst nights. You know the bits and pieces you remember from an unbelievable night, for better or worse, those are always the really awesome stories. If you can remember at least some of them, those are the ones you tell for the rest of your life.”

On the subject of memorable nights, Gavin told us about an especially incredible night he had recently. Last month Gavin was in Nashville with Ed Sheeran, who was finishing up as the support act for Taylor Swift’s phenomenal Red tour. Gavin said nostalgically: “Ed is a wonderful and very talented guy, he is a legit music lover and very artistic. We spent a couple of nights hanging out after their shows. One night we were hanging out at Ed’s place with Ellie Goulding, Gary Lightbody from Snow Patrol and Taylor Swift.”

He added: “We literally just sat and passed a guitar around in a circle and took turns to play songs that we had recorded or just came out with. It was a really special kind of night, it was one of those things where as a musician you look forward and hope for moments like that, where there’s people who are doing what you do, who live the life you lead. We stripped away all the makeup, lights and production, we were just a bunch of musicians hanging out and when you are part of a special moment like that, it is so amazing that it reminds you why you pursue music in the first place.” 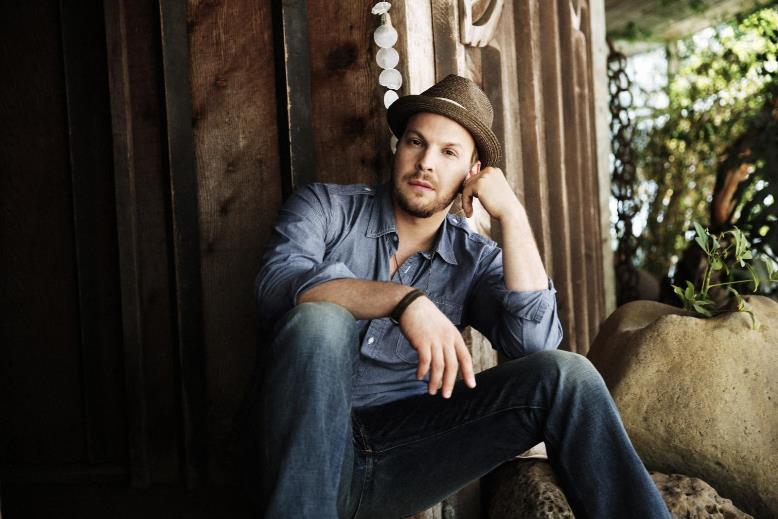 I asked Gavin if he resembled a granddad, sat in the shade amongst all of the sun worshippers, moaning about the heat. He broke into peals of laugh and exclaimed: “Fuck! That is definitely me, how did you know?”

In case you hadn’t noticed, Gavin swears a lot. This is not a criticism in any way, amongst my friends I am known for regularly colouring the air blue. Gavin’s sentences are often refreshingly littered with expletives which showcased what a passionate and expressive person he is in my opinion. I told him that he was the first American I had met who swore that much.

Gavin burst into hysterical laughter, so much so that he also had me in stitches. Finally, he said: “You know what it is? It’s because there’s all these fucking ridiculous rules that we’re warned about. I think a lot of people have trained themselves not to swear, in case it’s going to be broadcasted, like on the radio because of the penalties here, if you curse on the radio.

He added: “I understand that side of it obviously, because imagine if there was a four-year-old in the car or something. But if there are just two adults having a conversation like you and I then fuck it!”

I asked Gavin how he would be spending the rest of the day, he laughed mischievously once again and said: “I might just sit in the shade like a granddad, as you put it. I might get my iPod out, listen to Bing Crosby’s White Christmas on the patio and watch the Canadian tourists swim in the Ocean.”

Gavin DeGraw’s ‘Make a Move’ is available now, you can buy it here.

With special thanks to Suzan Masters, without her this interview would not have been possible.