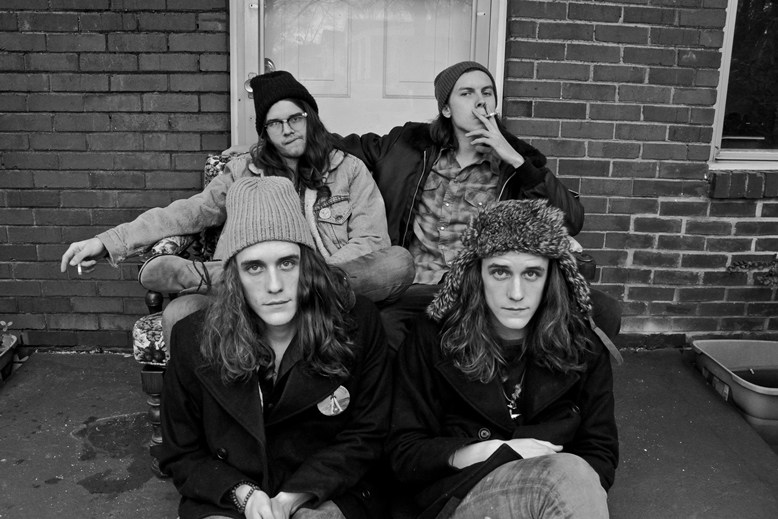 I have always had a soft spot for Dingwalls Camden as a live music venue. There is just something so unpretentious and authentic about the low ceilings, dark walls and intimate stage area. The venue has an undeniable intimacy and rough charm which makes it the perfect venue for bands who are cutting their teeth or on the brink of mainstream success. I have been to a few incredible gigs at Dingwalls over the years but The Weeks’ gig was a completely different experience altogether.

Those of you who were lucky enough to witness it will know and for those that weren’t, you will have to take my word for it, if those walls could talk, oh the stories they could tell.

The sludge pop quartet strolled on to the stage, their impressively long golden brown hair covering their faces. They immediately bowled the crowd over with their mesmerising Southern drawl and infectious rock and roll tracks.

I have seen some pretty raucous fans over the years but never have I witnessed the carnage that occurred during The Weeks’ set.

The crowd were made up of a few hundred fans but there may as well have been thousands. The wild declarations of love and support for the band from the crowd were overwhelming, so much so that my ears rang long after the gig was over. Crowd surfing also occurred in abundance, some successfully and this lead to fans gate crashing the stage during The Weeks’ set.

I was safely positioned behind the sound engineer, where I was lucky enough to get a good look at the band, away from the thrashing crowds. They played a selection of new and old songs that all had a distinctly alternative sound with their signature Southern edge.

Although The Weeks undoubtedly put on a spectacular high-octane show, I left the gig in awe of the fans dedication and passion for a band that is on the cusp of mainstream success.

The Weeks clearly shared my sentiment as one of the members tweeted, ‘London that was easily the wildest show of my life. Couldn’t love this city and the people that call it home any more. I’m beaming.’

A few days later I caught up with Sam Williams, who plays guitar and provides vocals for the band. Sam revealed that he was currently on his way to Newcastle with the rest of the band to play their next gig.

Although their London show at Dingwalls had occurred a few days prior, it was still fresh on their minds. Sam laughed and admitted: “It was a little rambunctious. To some degree that was definitely the wildest ever. I was a little concerned for the first couple of hours.”

I had heard through the grapevine that The Weeks had a pretty debaucherous reputation and were known for raising hell on occasion. Their Dingwalls gig did nothing but fuel the rumours. When I broached the idea to Sam, he laughed long and hard for a while, eventually he mischievously said: “Hmmm hellraisers? To be honest, it is totally random, sometimes we’ll show up and get riled up but other times we can be quite chilled.” 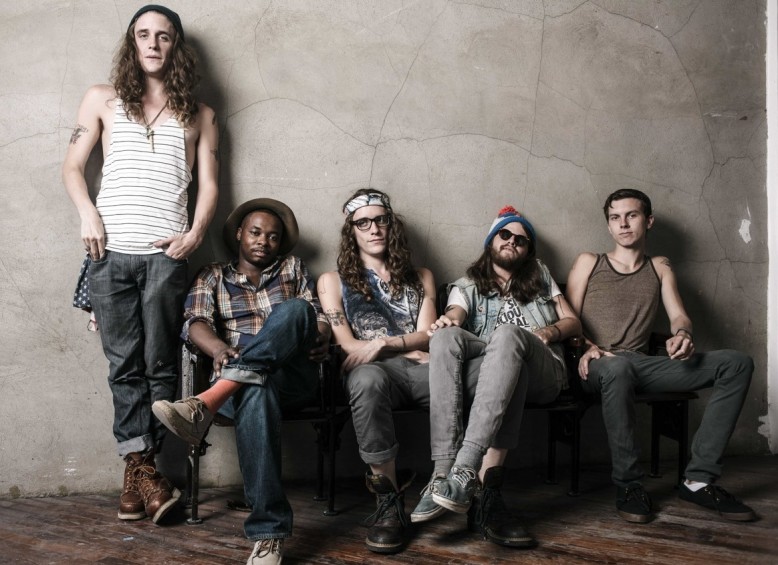 He then broke into more fits of laughter before attempting to put on a more serious tone but failing miserably, he admitted: “Hmmm, I can see where that reputation may come from.”

This was the second trip to London for the four-piece who are originally from Mississippi. The Weeks spent the summer in the UK, touring with the legendary Kings of Leon.

I asked Sam what it was like for a relatively new band to support one of the most successful bands in the world, he pondered: “It was pretty crazy, we did like seven shows with them and then we were here for so long that we did club shows in between. So one night we would play to about 15,000, the next we played to 200 people.”

Sam revealed that one of the biggest highlights of touring with Kings of Leon was the first show that they played, he laughed softly and nostalgically said: “I’ll never ever forget that first show, because before that tour we’d never really played to more than maybe 1500, so to walk out to see 15,000 was pretty surreal.”

He added: “It is crazy, you can’t get used to the crowd, it was insane! Beyond the first 200 or 300 people, all the faces are just dots, you can’t see the people in the rafters for shit.”

Sam admitted that although it was an incredible experience to play to such a large crowd, the band still prefer playing more intimate venues. He said: “With smaller venues, you get to hop off stage after and mingle with the crowd. That’s what we’re used to, so it’s nice to actually hang out with them a bit, even if it’s just half an hour.”

He added: “We know how much it means to the fans, it takes 30 minutes of our time to make somebody’s day, so it’s pretty awesome. “

Kings of Leon recently signed The Weeks’ to their label Serpents and Snakes records. I asked Sam what it was like to have such an incredibly successful band believe in them, enough to sign them, he laughed and said: “It was interesting, we have the same sort of upbringing and our stories are not too terribly different. We were fans when we were kids, so it was really humbling to meet the guys and like you said it’s crazy to have a band that’s that successful say that you have the potential to do something.”

Thoughtfully, he added: “Every band talks about creating a label at some point and making it what they want it to be, but it is so awesome because Kings of Leon have actually done that. Sometimes money gets in the way but Kings of Leon made a point to allow the bands full creative control. The most they have ever done is to stop by the studio to give a track a thumbs up, they are great guys.”

The Weeks recently released their critically acclaimed album ‘Dear Bo Jackson’, Sam revealed that his favourite track was ‘Ain’t My Stop’. Speaking of the track, he said: “It is a really good representation of the record on a whole. We played a lot of loud rock and roll and this record definitely has a lot of these moments.”

He added: “We take ourselves out of our comfort zone and did things a little bit differently; we flipped the switch a little bit.”

After they wrap up their UK tour, The Weeks will return to America for a while before excessively touring for the foreseeable future. Sam revealed that next year will be a whirlwind, he pondered: “From now till next summer we’re on the road and then we might start writing early next summer. It is funny because when I’m at home I’m on vacation and when I’m in a different country I’m at work, it’s a crazy life.”

Special thanks to Suzan Masters.