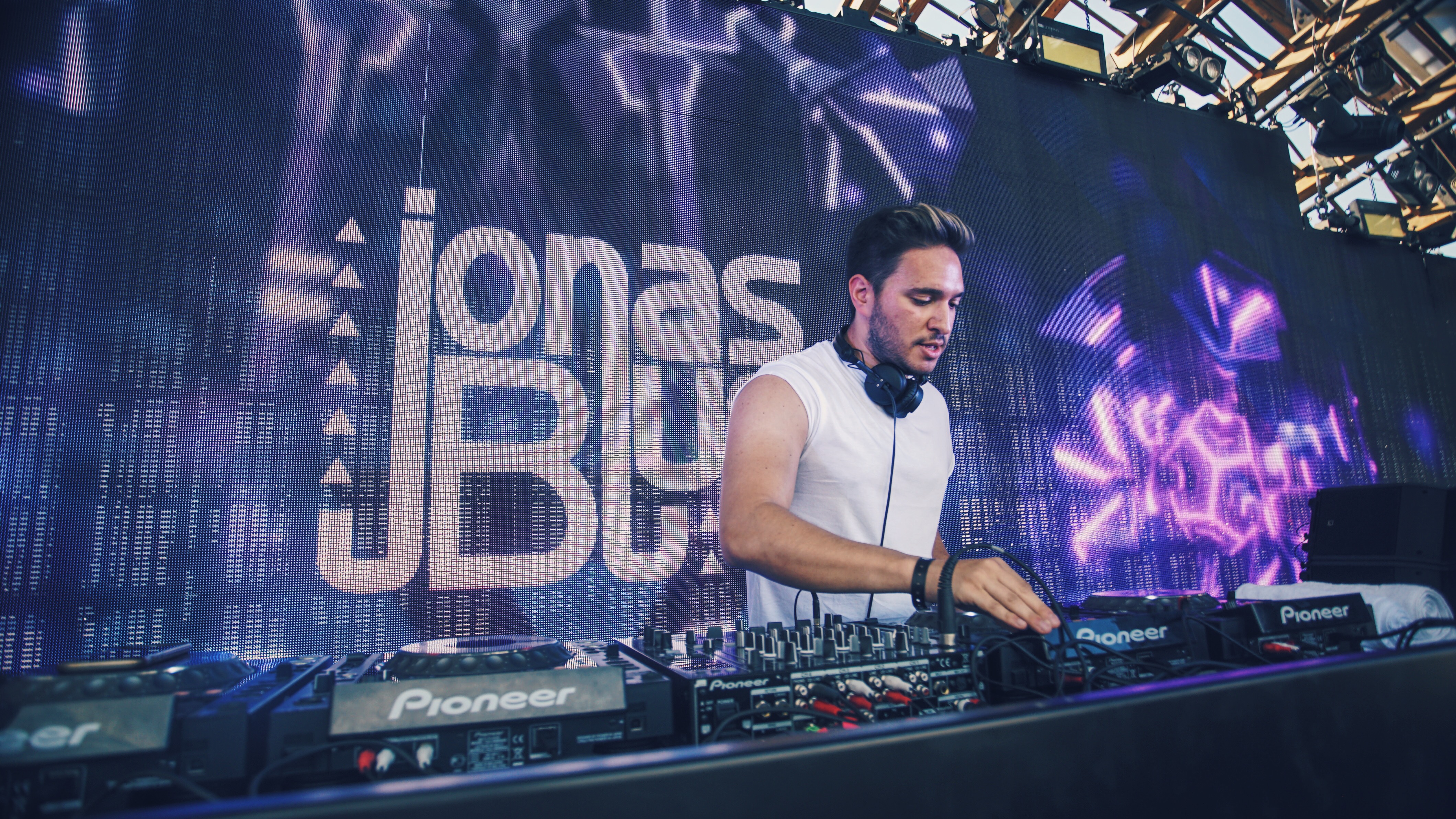 Jonas Blue is a man of tremendous talent. He’s in the process of signing to Virgin EMI, has a wealth of music knowledge to his name and, in August, he’ll play to one of his biggest UK crowds to date at V Festival.

Throughout the past ten years, he has surpassed even his own expectations, developing a very healthy catalogue of accolades. This year, his remix of Tracy Chapman’s ‘Fast Car’ rocketed him onto the scene and the single went platinum and more in over 5 countries!

His latest single, ‘Perfect Strangers’, that features the super-talented JP Cooper is set to do much the same thing. For these reasons, we met up with Jonas in the plush surroundings of London’s Langham Hotel to chat about his career to date, his hopes for the future and his profound love of the industry.

“I started producing music when I was around 12 years old”, Jonas told me. “I started out as a musician when I was 8. I played the flute which gave me a really good insight to music and to wind instruments. I did all my grades on the flute so I have a really strong music theory knowledge”.

“I moved from that to being a DJ when I was about 11. By 12 I got my first piece of software and I’ve been doing it ever since”. He reflected: “Having those experiences at a young age has certainly helped me in my career as a producer & DJ”.

When Jonas began his professional career, he was working on very different music. “When we brainstormed my stage name the sound I was producing was very unique. I wanted something fresh and new that matched the sound I was putting out. We came up with Jonas Blue and it just stuck”.

Jonas’ musical background has also stuck by him: “My main instrument now is piano so I’ve tried to incorporate that into my sets to give them a different element with a live band on stage with me to make it a little more raw & electronic… I want my sets to have a really high energy to them”, much like the guy he cites as his main influence right now. “Calvin Harris is really great at making songs that will stand the test of time and stick out on the radio and in the club”. He continued: “That’s really what I’m trying to do. I just want to make great songs that stand the test of time… Songs that people enjoy now, and will enjoy for years to come”.

The song that originally catapulted Jonas Blue into the spotlight really encapsulates this. Even before his remix, the original version has continued to enjoy radio fame.

“I chose to remix Fast Car out of love really. Both love of the the song and love for my Mum. It’s one of her favourite songs and so, growing up, I heard it played loads around the house, on long car journeys and on the radio. It just stuck with me as being such a beautiful song”, he recalled.

“Later in life, when I became a DJ I always knew that I wanted to incorporate that song into my sets but obviously the original is a little too slow to fit with the other tracks I play, and so I knew that I wanted to make a new version. But to have the courage to take on such a classic, it took me ages to think ‘this is the right time’. When I did have the idea, though, it just happened and I like to think it went quite well”.

Fast forward a few years, and Jonas Blue is still doing ‘quite well’! “The collaboration with JP Cooper for Perfect Strangers was a bit of a fluke”, he explained. “I’d finished the instrumental part, or a rough version anyway, and it just so happened that my manager had met up with his label a few weeks earlier whilst I was on the road touring”. He continued: “He sent the instrumental without me knowing to this record label. I knew JP from the acoustic scene. He’s been doing it a long time… Well I didn’t really know the person, I just knew of his music and I’d always liked his sound”.

‘Perfect Strangers’ has already been a huge hit and has even enjoyed some time in the Number 2 slot of the UK Singles Chart and at Number 1 in the UK Dance Chart. It was really interesting to hear the story behind the success!

“Pretty soon after I got back from touring, JP sent a concept back for the chorus and it sounded amazing. I really liked where it was going and it matched what I was trying to portray through the music. We FaceTimed to write the first & second verse together & tightened up the chorus. It’s a great song, I think. It’s about that whole idea of meeting someone on that odd occasion whether it’s in the shopping mall or in the street or something like that. In the video it’s about meeting whilst travelling and having this experience of meeting that same person quite a few times. You think to yourself, ‘what would it be like if we were actually together?’ I wanted to write about that and I really think the song is quite fun and different”.

Playing V Festival, or any festival in your home country is a huge accomplishment for any artist: “I’m playing Chelmsford on the Saturday and then Staffordshire on the Sunday and it’s definitely a big tick on the bucket list… You’re going to hear loads of Jonas Blue music in those sets, maybe even a few you’ve never heard before! With my sets its all about energy for me, my sound is quite melodic. Really good dance music”.

With such high-energy dance music on offer, and such a talented producer standing behind the decks and the keyboards, this is an extremely exciting year to witness Jonas Blue live. He’s a force to be reckoned with and he’s certainly here to stay. Jonas Blue, we salute you.