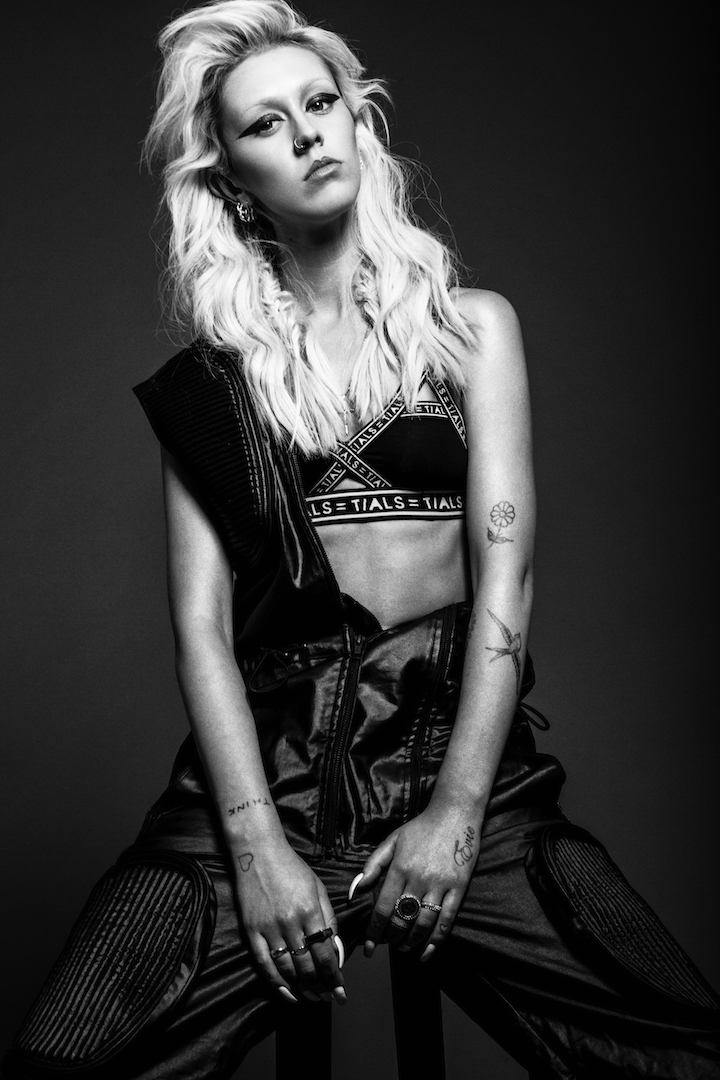 Rudimental’s debut album “Home” was one of the biggest albums of 2013. The infectious jungle beats, complimented by strong soulful vocals kept me listening for months and I never grew tired of it. The record has helped a number of UK artists launch their careers including John Newman, Ella Eyre, MNEK and Becky Hill. Now, it’s time to introduce Syron. 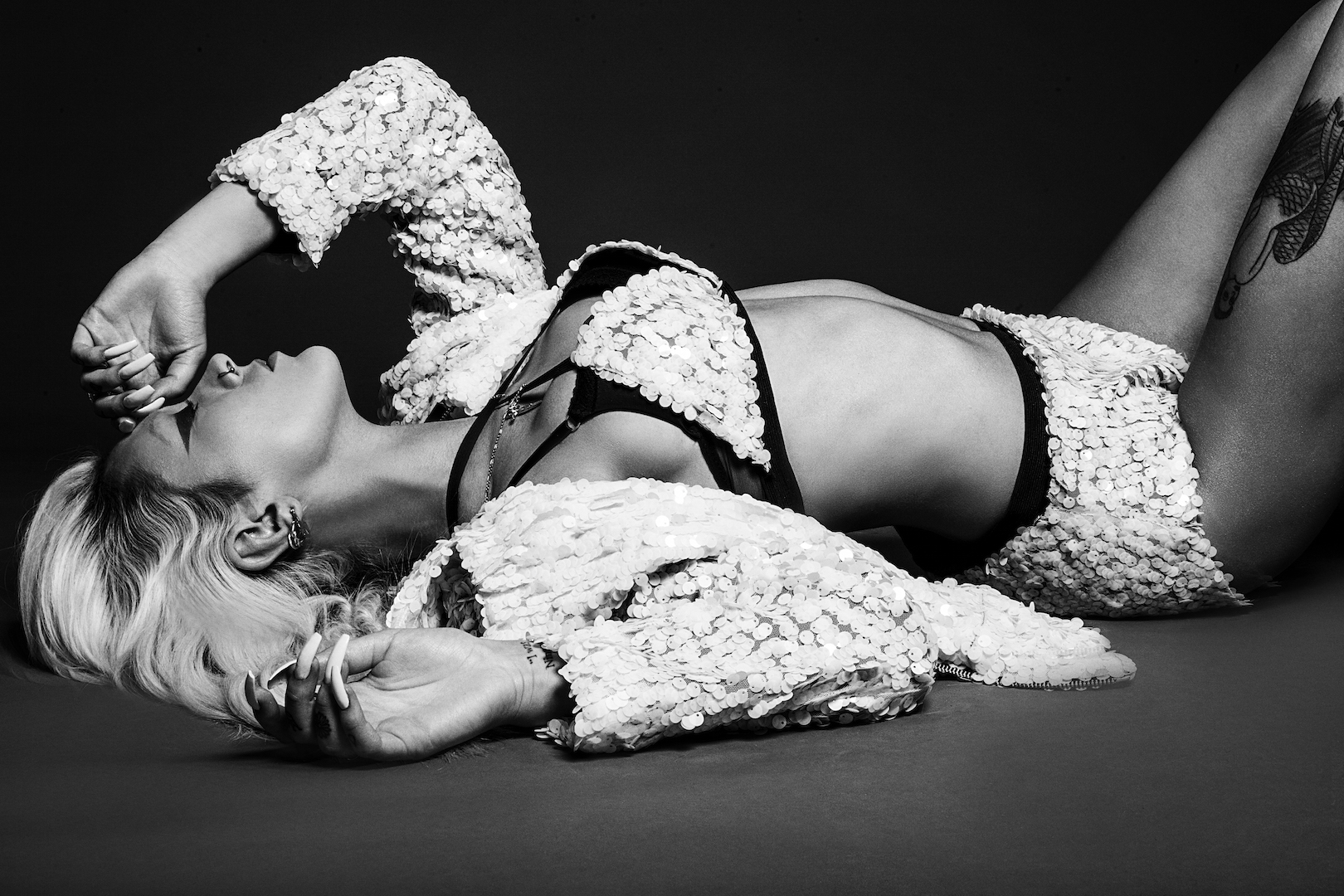 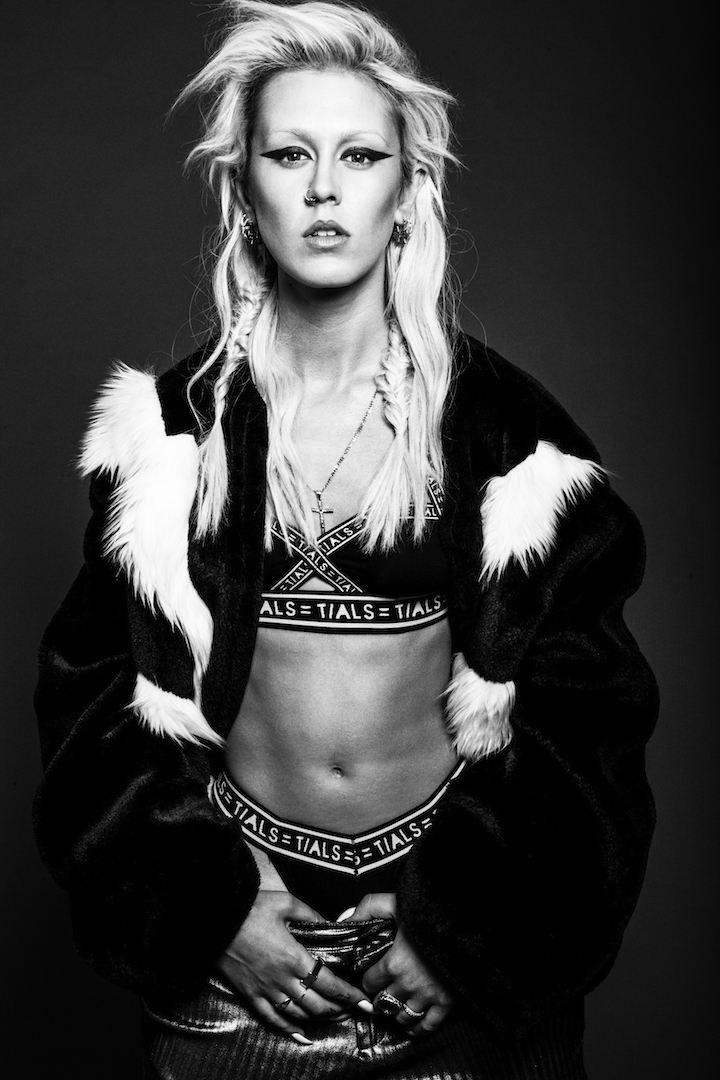 I first heard Syron on the Rudimental track ‘Spoons’ with MNEK, the video features Syron with a short blonde crop, big gold hoops and her beautiful soulful voice. Three years later, Syron, every bit the South London girl, is back with long, blonde platinum hair, her signature gold hoops, big acrylic nails and an even bigger voice. Her latest single ‘Talkin’ Crazy’ pays tribute to the 90’s dance scene and was produced by North London’s very own legendary Garage MC, Majestic. 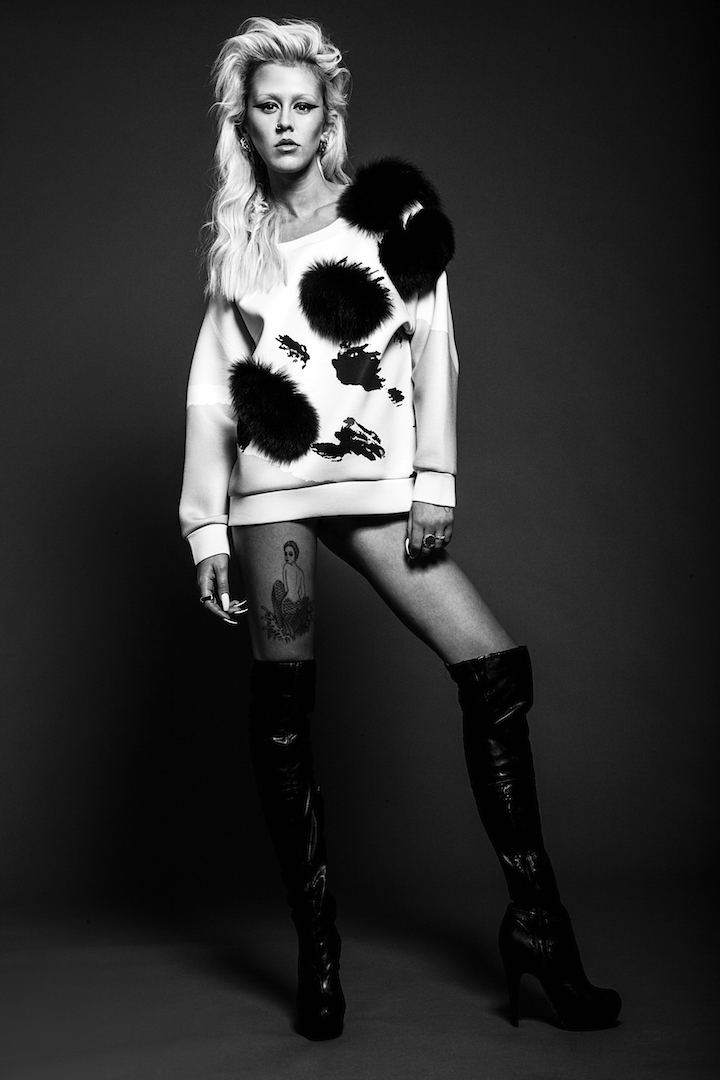 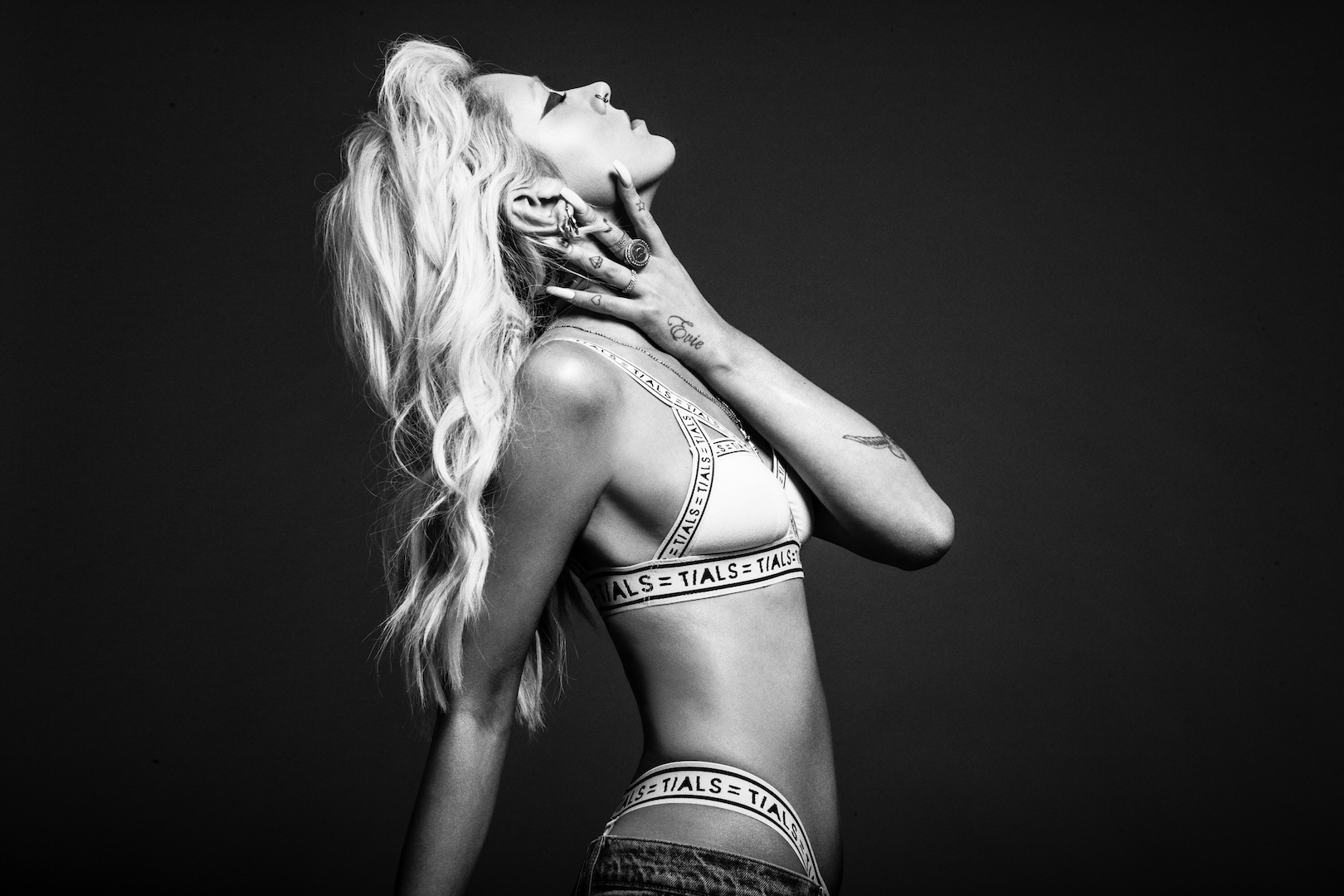 Underwear – This Is A Love Song
Denim – Levi’s

Syron cites the 90’s as being a big influence in her music, she loves the mix of dance music with raw emotional lyrics like Massive Attack and Everything But the Girl. She tells me, “I want to make music like that with a more-nowadays pop feel, that you can dance and cry too.” You hear the effect this era had on Syron again in ‘All I Need’, easily my favourite track of hers. The twangy, electronic R ‘n’ B intro is enough to make me nostalgic of my teenage years. 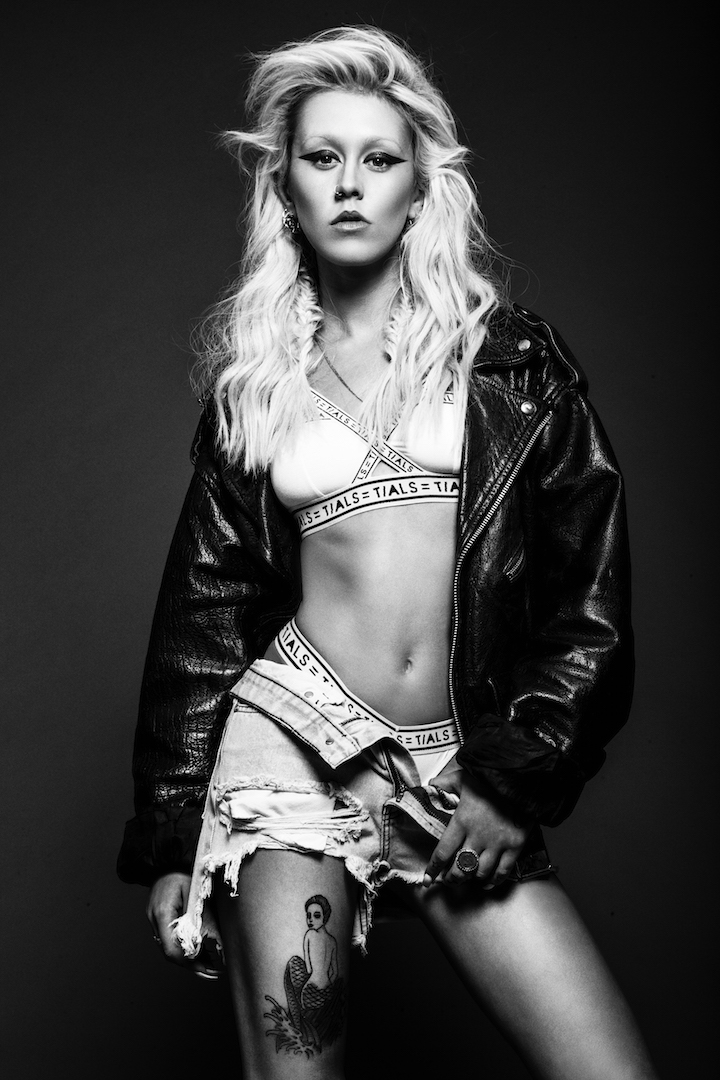 Sounds boring but I’ve literally only ever wanted to be a singer/songwriter, since I was like 5!

That mahogany coloured fake tan is never gonna be a good look.

I’ve never been to Vegas. So I’d take a load of friends and a load of different outfit changes for the 24 hours and just party.

I had a show in Lithuania which was to 25,000 people (the biggest audience I’ve played to) so that was really exciting. Also the video coming out for my latest single ‘Talkin’ Crazy’ that was exciting!

There’s a few actually, number one though is ‘Moulin Rouge’ I have watched that film soooo many times!

There’re loads of these as well. ‘Open’ by Ryhe and ‘Only You’ by Alison Moyet, they win.

This is hard, maybe Sia or Max Martin cause I really, really want them to write with me. Or maybe my best friend Samson cause he’s recently moved to Frankfurt and I miss him.

Most likely somewhere in Peckham having drinks with my friends.