Louise Hazel: From the Olympics to Hollywood 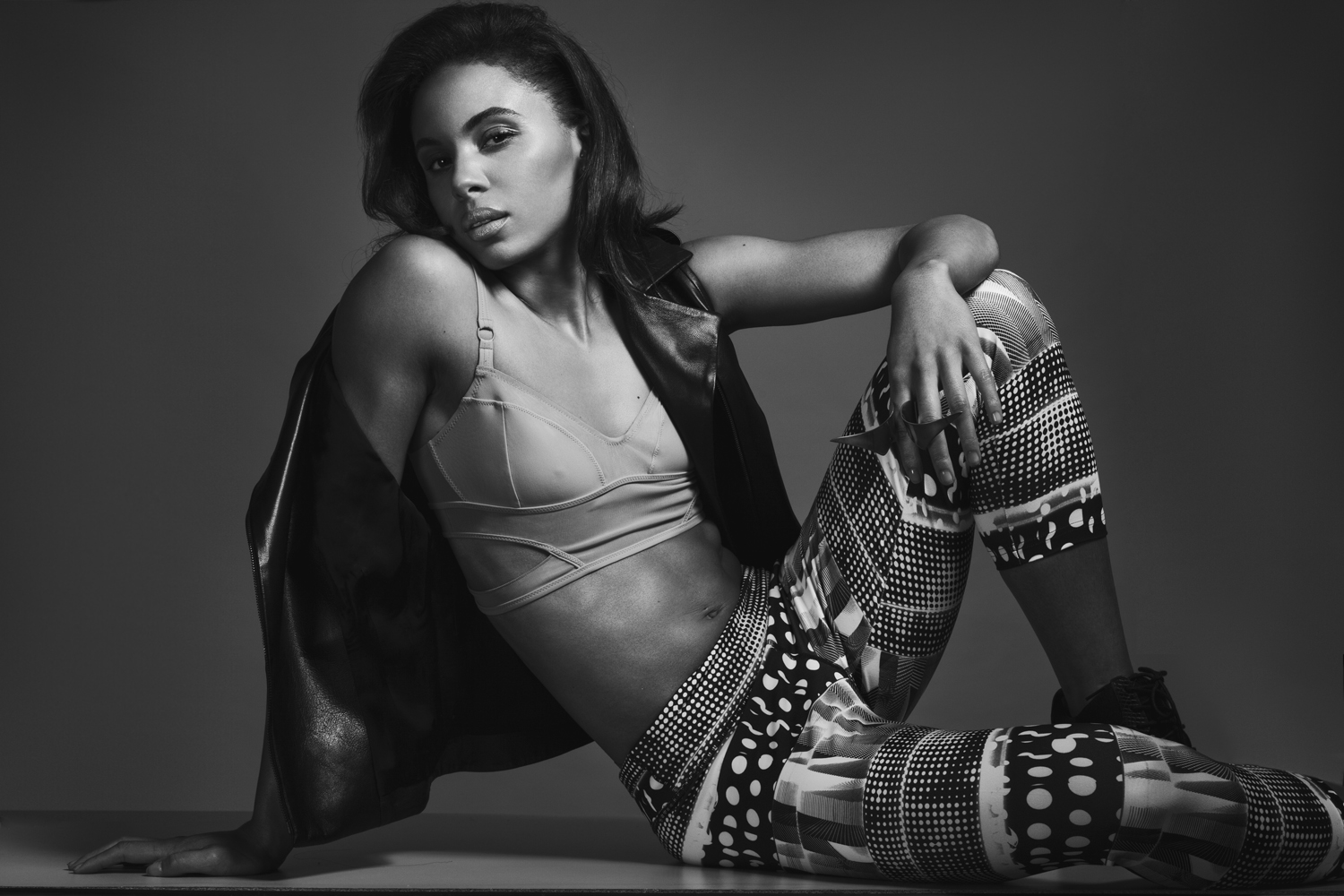 Since representing Great Britain at the 2012 Olympic in Heptathlon, Louise Hazel has been an incredibly busy bee. She founded her own fitness company ‘The Podium Effect’, competed in Channel 4’s The Jump, became an ambassador for the British Heart Foundation and is even has her sights set on Hollywood. We sat down for lunch with Louise in an East London café to find out more.

Louise was even more beautiful in real life than she was behind a screen. Her skin was golden and her eyes and teeth were dazzling white. She wore a classic camel coloured overcoat that shrouded a black mesh t-shirt.

As she tucked into her avocado on toast, she told me about her childhood. She said: “All I’ve ever wanted to was be a sportsman. Since I was about 10-years-old, it is all I could think about.”

She added: “So I had already had that positive connection with sport and passion for it,” She begins by telling me, but unfortunately, things then took a sudden devastating turn for the 29 year old. “My dad passed away in 2008. He very suddenly turned 50, suffered a heart attack and suffered 6 weeks in hospital and then he was gone.”

For Louise though, the blow was heightened twofold, “After that I thought oh my god, I really have nothing. I didn’t have any lottery funding, no financial backing from my parents, no student loan, and I just thought, fuck, I’m four years away from the Olympics in London and I am literally at rock bottom.”

Louise has credited the feeling of being at ‘rock bottom’ as the test that proved how strong her character was. Feeling as though she had lost it all was the catalyst she needed to pursue her dreams with incomprehensible guts and determination.

She smile sadly, then said: “I can remember going to my dad’s funeral and reading a really lovely poem and I realised that I am actually one of the lucky ones. The strength and confidence he’s instilled in me will last longer than the difficulties I was experiencing. I just had to keep going. He put so much into my career I thought it would be stupid to stop now.”

She added: “I often tell people, if you think about the amount of time people invest in you, you owe it to yourself and you owe it to them to do the best you can.”

Louise’s determination paid off and she went on to win gold at the Commonwealth games and booked her bus journey to London 2012.

She laughed hard, then said: “Shit, it was crazy. Within two years of losing everything and experiencing the worst tragedy imaginable, I had managed to turn it around.”

She added: “When people say you can do anything you put your mind to, listen because you really fucking can.”

At this point in the interview I wanted nothing more than to get up and applaud her, it was beautiful to see how she had managed to overcome such a devastating tragedy.

Louise revealed that her former Great Britain teammate Victoria Pendleton was a great role model and felt as though they shared similar motives.

She said frankly: “Victoria was never cycling for herself. She cycled for the team or her boyfriend and her parents. I know how that feels, it almost makes it even more meaningful.”

Louise is in extraordinary shape. Her slim arms are incredibly toned under her sheer mesh top and her skin radiates good health. Louise admitted that although she takes nutrition very seriously, this wasn’t always the case.

She laughed softly, then said: “It’s weird because I never really cared about the depths of nutrition. I told myself that as long as I am eating well and don’t feel tired then there is nothing to worry about.”

She added: “It wasn’t until I studied it properly that I started to understand about the importance of nutrition.”

After the Olympics, Louise trained to become a professional Personal Trainer after doctors advised her to take 6 months off after she contracted and Irritable Bowel Condition called Colitis.

Louise’s eyebrows knitted together in frustration. She said: “I was like, are you fucking crazy? I am not injured, I just have a bad stomach. No way am I taking 6 months off.”

After persistence from her doctors, Louise took the time off she needed to heal and filled her days with her studies.

She smiled nostalgically and said: “Getting my personal training qualification is definitely one of the best things I have ever done. It was really great to be back in a classroom with normal people, learning again. I was able to put all the knowledge I had gained in one place.”

After qualifying, Louise founded her company ‘The Podium Effect’, a client-based fitness subscription service. Louise essentially acts as an online personal trainer and she hopes to alienate a gap in the market, for people that want to get fit but not in a gym environment or using a ridiculous celebrity fitness DVD.

Louise explained: “You subscribe to a stage, each stage gets progressively harder. You have access to a calendar and key nutritional information to follow. There are different goals, for example if you want to lose weight or you want to build muscle.”

She added: “It’s a real labour of love but I completely believe in it. It is a way to get fit and healthy from the comfort of your own home and most importantly, maintain that level of fitness long-term.” 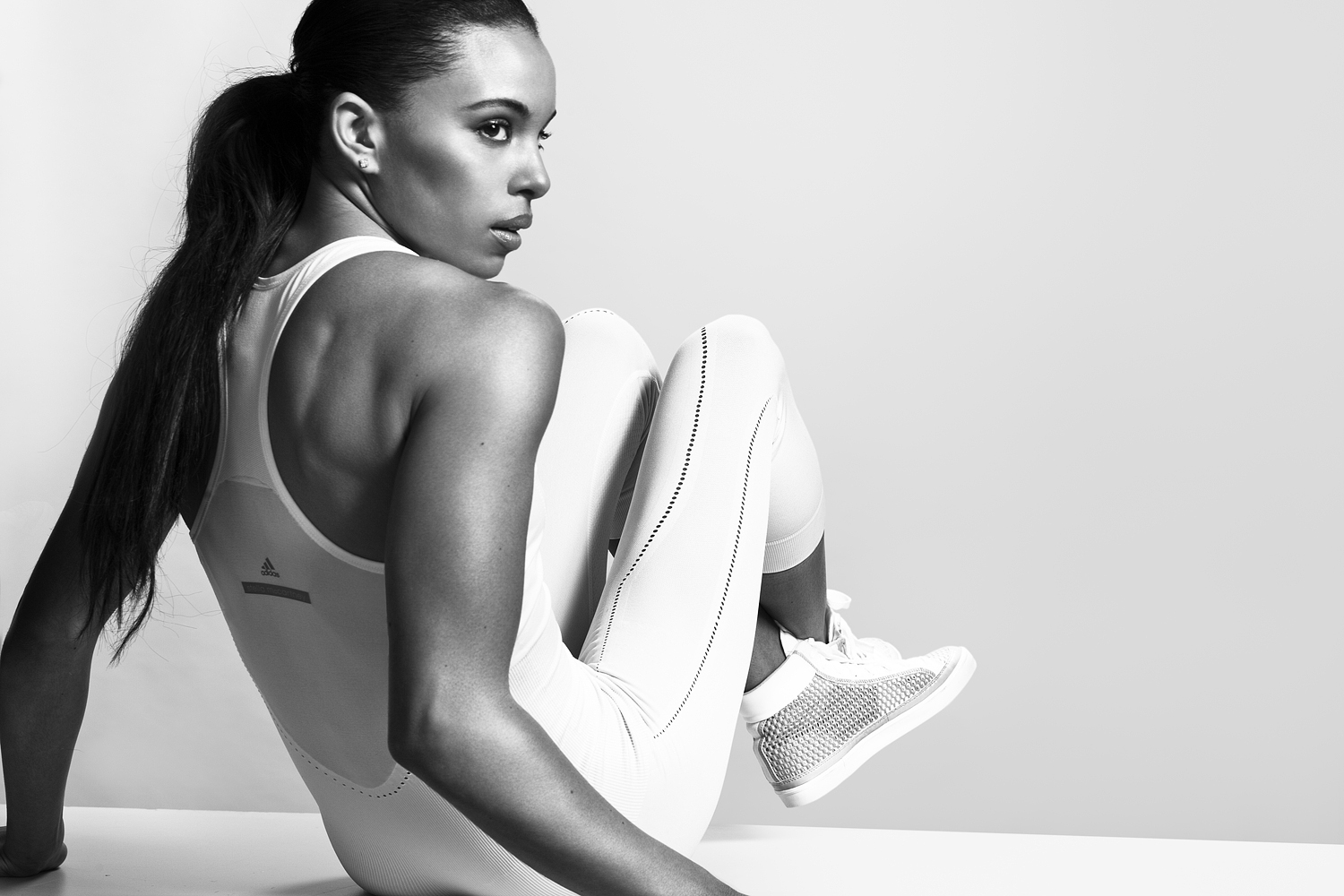 The Podium Effect has been extremely successful. Louise regularly posts ‘Transformation Tuesdays’ on her social media, which shows the impressive transformations of her clients.

Louise added: “It is truly amazing to see how well they are doing. It is really a clear testament to the fact that you get out what you put in. If you work hard, you’ll achieve amazing results.”

While talking about gym’s in particular we discuss sport being highly weighted to men, something which Hazel sees happening all to often.

She shrugged, then said: “Of course it’s tailored to men. That’s why it is so important that I try and make everything I do very neutral. I never choose exercises that are specific to men or that men would feel awkward doing.”

She added: “More importantly it is about me educating men and women how to exercise properly and how to build confidence.”

The Podium Effect has achieved something pretty spectacular, it has attracted an almost equal membership of men and women.

Louise joked: “That’s quite unique, I don’t know many men that buy Davina’s fitness DVD, unless they are just watching it for the bum and boob shots.”

What makes Louise a truly great personal trainer is her hands on approach. She said passionately: “I hate seeing personal trainers who just stand there and watch. Point the finger and command. Unless you’re getting down there too and getting involved and doing the press-ups with them, then how can you expect them continue.”

She added: “I’ve trained for years and I know how lonely a road of it is on your own. A little bit of encouragement makes a hell of a difference.”

We move the topic to her appearance on Channel 4’s The Jump, a thrilling winter sport showdown featuring a host of well-known faces.

Speaking of her experience on the show, Louise said: “It was an incredible but not for the faint hearted. It was the first time I’d felt adrenaline since competing at the Olympics, the kind of stuff that makes you want to run scared, it was amazing!”

She continued: “It pushed me to my limits. I learnt that I am still competitive as ever but what surprised me the most was how competitive the other celebrities were. It was refreshing to see everyone giving it their best, especially the women.”

She added: “I was really scared about going off of the big jump (K40) but everyone expected me to be able to do it because I’m an Olympian. I have huge respect for everyone in the show as we all did at least one jump. The big however, is on another level, it’s higher, steeper, and faster and it takes some real balls to attempt it. I look back now and I have no idea how I held my nerves together enough to go off of the big jump in the final.”

Louise’s mother was particularly worried about her during the show. Louise laughed fondly as she recalled: “My mum said ‘you’re not going off of the big one are you?’ I just looked at her and replied, ‘mother, you know me, I didn’t come here to sit on the sidelines.’”

The training would be grueling for most but it was something that Louise definitely had experience with.

She said: “The training wasn’t particularly challenging. It was more the long hours filming and standing in the cold that wore me down the most. I’m used to training 6 days per week for up to 5 hours per day but in between I would rest, the word ‘rest’ is like a swearword on The Jump.”

Nowadays, Louise has swapped the snow for the sand and often spends a lot of time in Los Angeles where she is seeking new work opportunities.

She revealed: “This November, will be the release of the movie “Kill Your Friends” in which I played an air hostess. It was my first acting role, a small part but it was good to familiarize myself with the inner workings of a film project.”

Who knows where she could go if she puts even half of her determination into her acting career?

Louise was also a roaring success when she featured on Top Gear Live, alongside legendary trio, Jeremy Clarkson, James May and Richard Hammond. Louise is a self-confessed petrol head and has a real love for driving.

On the show we took part in a number of high-octane and hilarious tasks, including; racing Jeremy Clarkson in an old car, trying to outrun James May on foot whilst he drove a Nissan GTR.

With a successful fitness company and Hollywood calling, we were keen to discover what the rest of 2015 held for Louise.

Louise admitted that although she is branching out into other fields, fitness and nutrition continues to be her main goal. She said: “The U.K is going backwards where physical activity is concerned and the NHS’ nutritional recommendations are Jurassic. The government needs to tackle this rising problem head on; a change of tactics is required to get this country active again. This starts with the most basic concept, creating zero barrier to entry.”

She added with conviction: “There’s no point in me sitting here moaning about what could be done, I got off my ass and did it.”

The future is always uncertain but if there is one thing I know for sure, it is that Louise Hazel is a woman on a mission. With her steely determination, there is no doubt that whatever she turns her hand to will be a success.