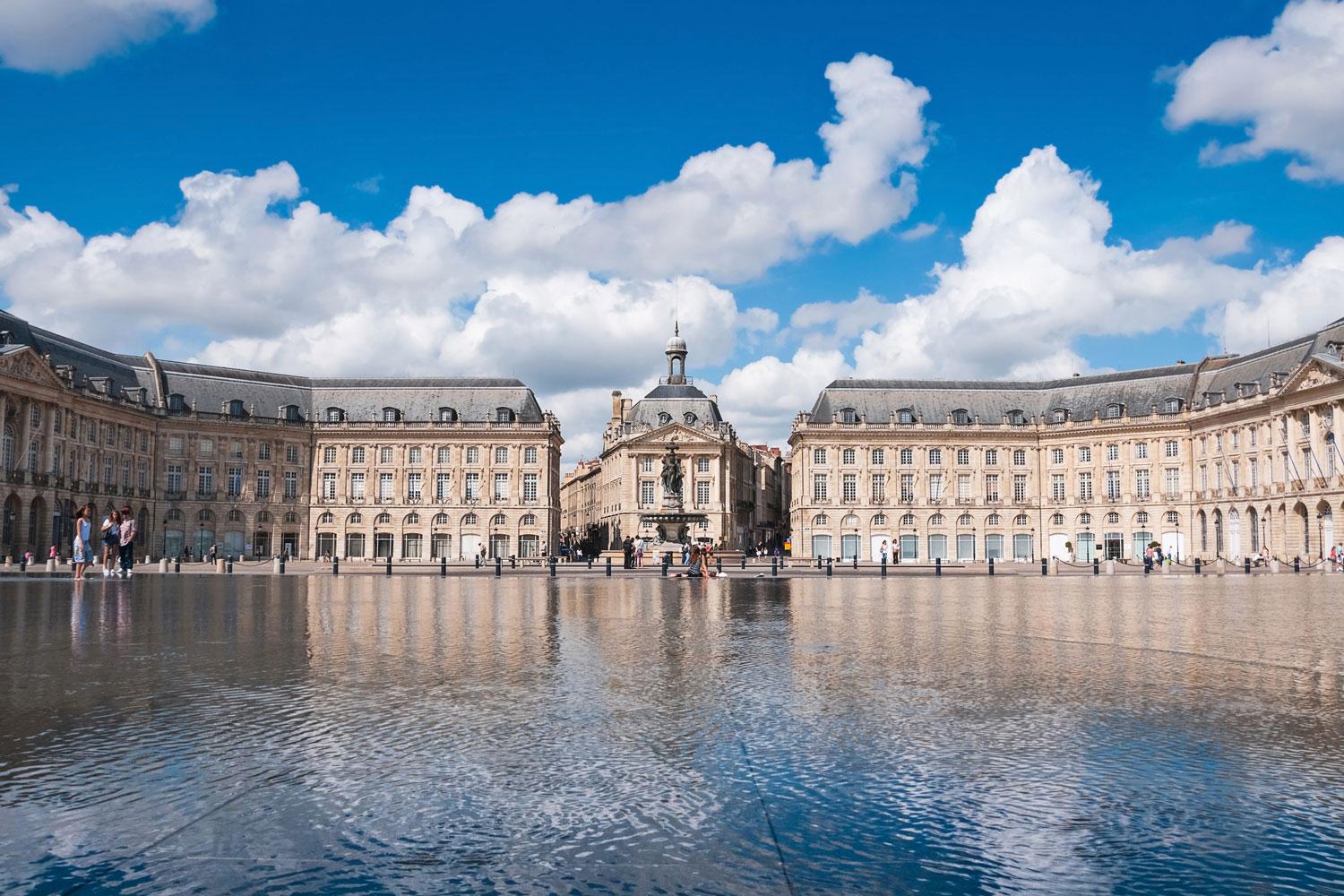 This article was written by Monicha Tully and originally featured in Issue 02 of Arcadia magazine. Buy the magazine here.

The last decade has been transformative to say the least for Bordeaux. An incredible amount of money and love has been injected into rejuvenating the city by Bordeaux’s Mayor, former French Prime Minister Alain Juppe. This is Bordeaux for a new generation whilst maintaining its rich cultural heritage.

The vast investment paid off and Bordeaux has received more adoration than ever before. In 2007 it gained classification as a World Heritage Site and in 2015 was crowned ‘Europe’s Best Destination’.

Bordeaux has a beauty so immense, that it is devastating. It is a quieter, cleaner and more soulful sister to Paris. Its enchanting architecture is some of the grandest that can be found anywhere in the world.

Not to mention its legendary history as the finest winegrowing region in the world. This sophisticated and emerging metropolis continues to steal the hearts of all that visit. Even The Queen, who described it as “the very essence of elegance”. Welcome to Bordeaux nouveau.

The Grand Hotel de Bordeaux’s reputation precedes it; it is renowned as one of the most decadent and romantic hotels in Europe. Set in an imposing 18th century building with a stunning neoclassical façade, the Grand Hotel is the epitome of grandeur and elegance.

The hotel is decorated in a rich palette of deep red and gold with ornate furnishings. Many of the unmistakably luxurious suites also boast spacious private balconies that offer incredible views of the Opera House, the world-famous Place de la Comédie and the charming rooftops of Bordeaux.

Visit the Bordeaux National Opera at the Grand Theatre

Praised as one of the most breathtakingly beautiful opera houses in the world, this 18th century architectural masterpiece is a must-see. Decorated in a palette of sumptuous blue, white and gold – homage to royalty, it is now the stage for the critically acclaimed Bordeaux National Opera.

However, it is the world-famous ballet that entices many of the hundreds of thousands of visitors. Last year, there was an enthralling and enchanting production dedicated to Marius Petipa, who is considered to be the most influential ballet master and choreographer of ballet in history.

Petipa created over 50 ballets, including the world-famous The Nutcracker, The Sleeping Beauty and Don Quixote.

In September 2015, Gordon Ramsay chose Bordeaux as the destination for his newest restaurant. He is in great company, with prestigious restaurants such as Le Grand Maison by the world’s most Michelin-starred chef Joel Robuchon and Le Café Opera by celebrity chef Philippe Etchebest.

Located in the Grand Hotel de Bordeaux, Ramsay’s latest venture has solidified Bordeaux as one of the gourmet powerhouses of the world. The name Le Pressoir d’Argent pays homage to the rare solid silver lobster press that is a constant feature in the restaurant. It is one of only five in the world and was the craftsmanship by the prestigious house of Christofle.

The menu is a culinary masterpiece of delight and artistry. Signature dishes include: Confit organic egg with king oyster mushrooms and smoked chestnuts, native lobster from the ‘press’ cooked in hay, served with butternut squash and Périgord truffles and Coconut and chocolate soufflé with coconut milk sorbet. 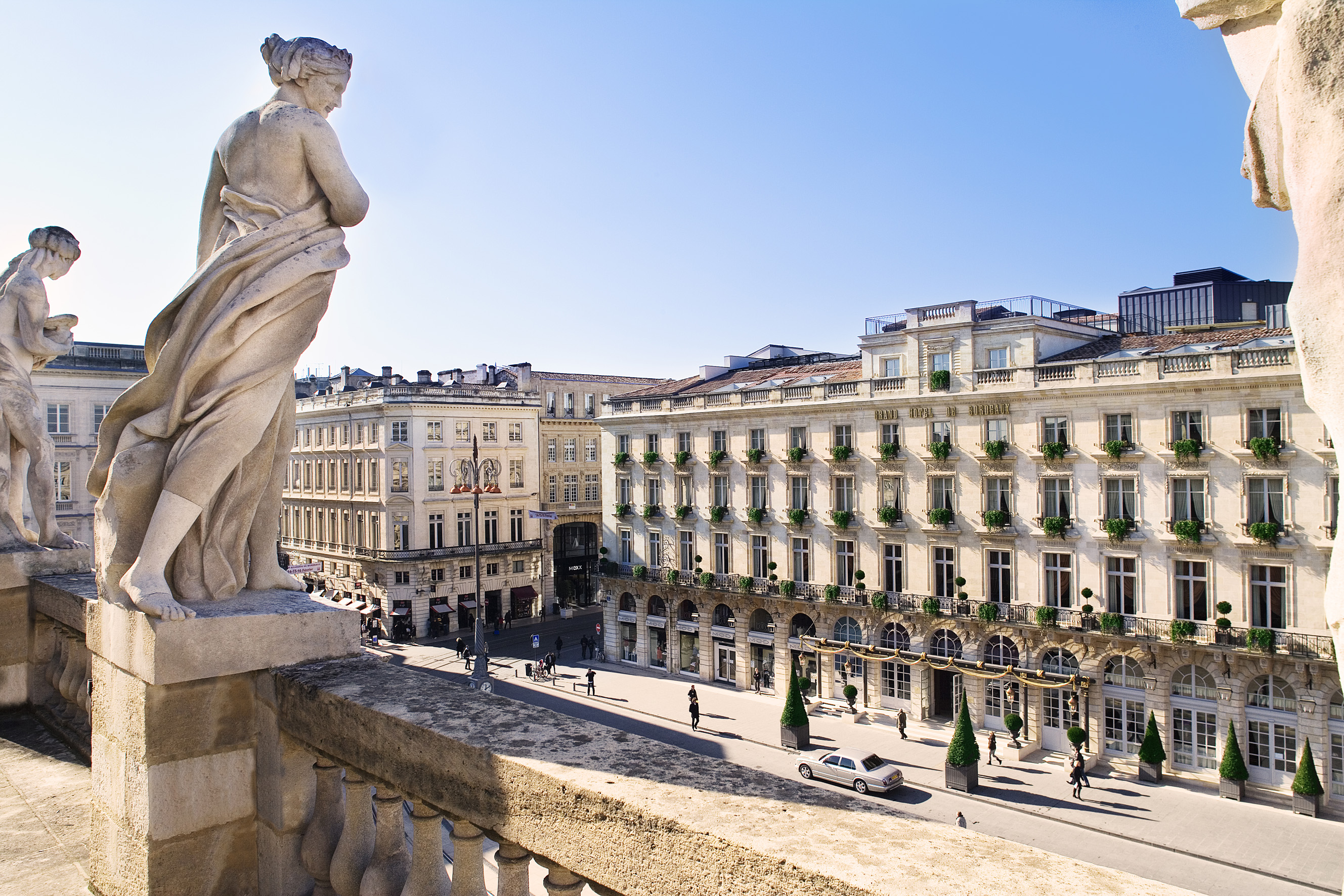 It has some of the most graceful streets in the world and wandering down these winding paths that are full of charm and character, are an adventure. There are quaint antique shops and art studios all around the main streets.

However, if you are seeking a more luxurious shopping experience then ‘the golden triangle’ is the ultimate destination for decadence. Between the Cours de l´intendance, Cours Georges Clemenceau and Allées de Tourny you will find French fashion powerhouses such as Cartier, Louis Vuitton, Dior and Hermes.

You cannot visit Bordeaux without tasting its world-class wines. The Médoc region extends for 100 kilometres in every direction. There are more than 100 majestic wine chateaux’s to visit in the local area. Located in the cities streets and squares, there are plenty of exquisite wine merchants, including Badie, one of the most popular in the city.

The Place de la Bourse is one of the most spectacularly beautiful squares in the world. It was originally built in mid-1700s as a royal square, dedicated to Louis XV. Famous French architect Ange-Jacques Gabriel was responsible for the Place de la Bourse as well as its magnificent surrounding buildings; he also helped to build the Place de la Concorde in Paris and parts of the Château de Versailles.

The beauty of Place de la Bourse is unrivalled, but its magnificent architecture isn’t all there is to see. Just across the street is the Miroir des Quais also known as The Quay Mirror, which was built in 2006 by celebrated fountain specialist Jean-Max Llorca. This spectacular water mirror covers a massive 3450 m2 and is the largest in the world.

Its name derives from the thin layer of water that gives it its mirroring effect. It is especially popular during the summer months when people travel from all over the world to splash in its shimmering waters.