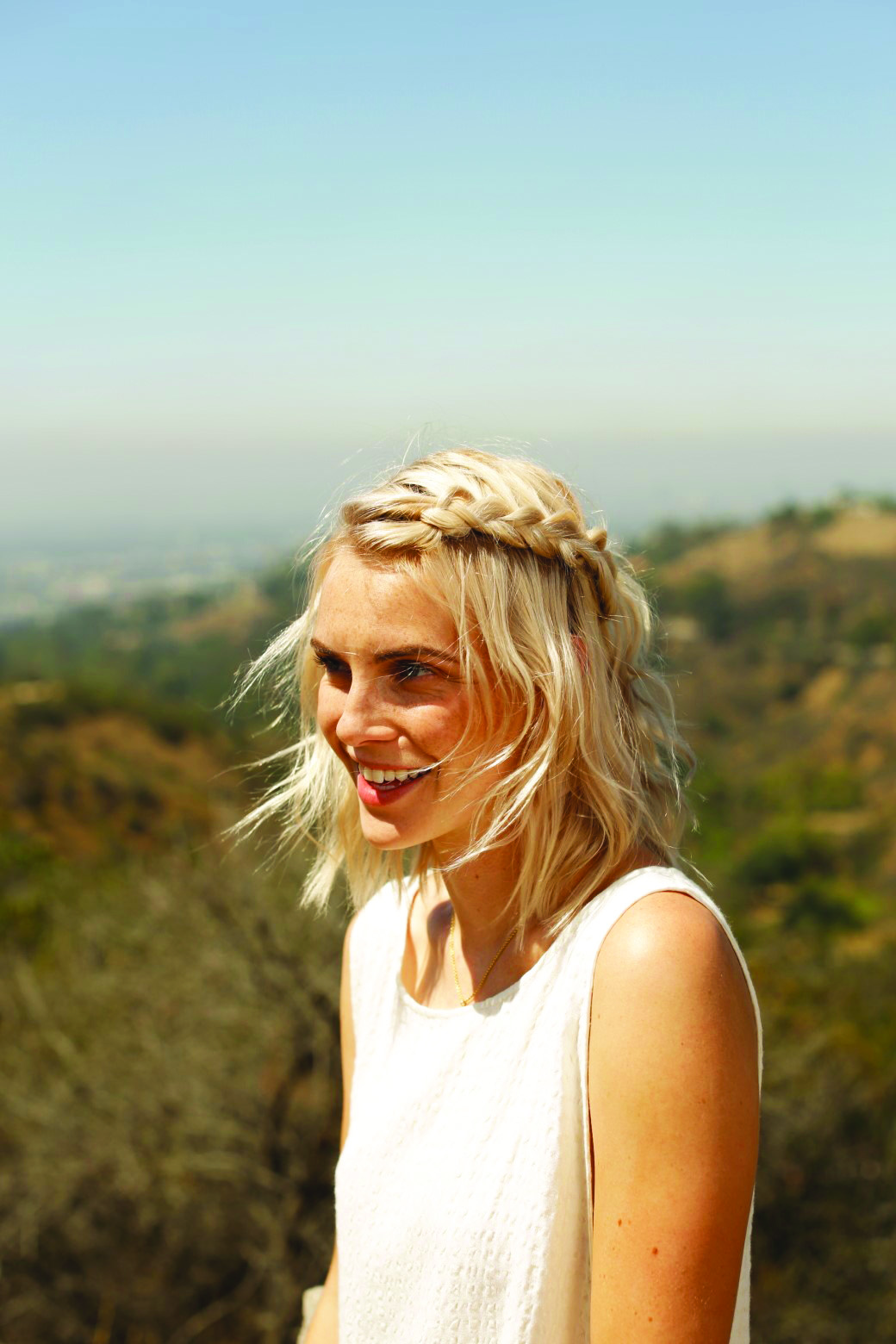 This article was written by Caoilfhionn Maguire and originally featured in Issue 02 of Arcadia magazine. Buy the magazine here.

For Phoebe Dahl, the founder of Faircloth & Supply, the clothing line that donates a uniform and a year’s scholarship to an underprivileged child in Nepal with every item sold. Phoebe is a descendant of the Dahl dynasty, advocating for children isn’t just a calling, it is a family trait.

Her grandfather, beloved children’s book author Roald Dahl, taught generations that no situation was so desperate it couldn’t be conquered with wit, cunning and a little magic.

Phoebe’s unrelenting fight for furthering the education of young women through philanthropy in fashion is beyond admirable. Education in Nepal is a luxury for the majority of the population. Through Faircloth & Supply Phoebe is making education more accessible. Every time a Faircloth & Supply item is sold, Phoebe donates a school uniform, supplies and a year’s scholarship to a young girl in Nepal.

In Nepal, it is a requirement that students wear uniforms to defuse caste discrimination. If a child cannot afford to buy a uniform, they are unable to attend school. Phoebe recognises the importance of girls and women receiving education to the same level as their male counterparts, especially in countries where women’s rights are not recognised and where human trafficking is rife.

We sat in awe of Phoebe’s beautiful studio in Downtown Los Angeles. The sunlight poured in from large windows, catching the fiery auburn tints in her hair. She was effortlessly beautiful, in a Breton-style t-shirt and sweats, her glorious blue eyes shone brightly with unwavering passion as she discussed her magical childhood. 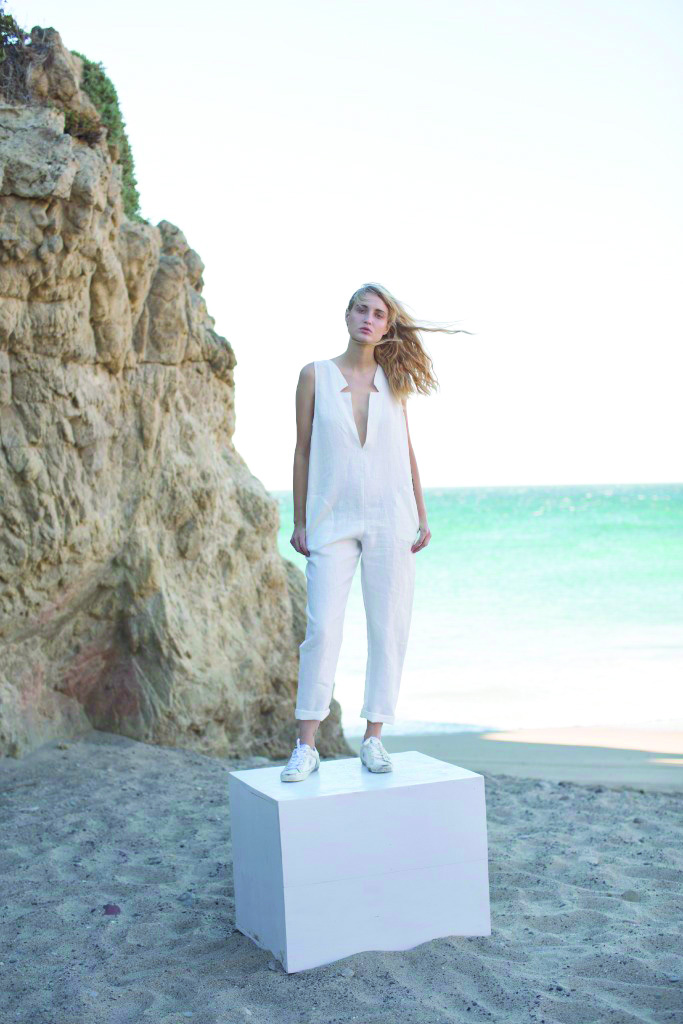 She grew up in the affluence of Martha’s Vineyard with her mother, sister and their menagerie of pets. It was a picturesque upbringing of secluded family time with outbursts of creative freedom that were strongly encouraged by her mother.

Creativity is a force that runs deep in the Dahl dynasty and definitely stems from Phoebe’s grandfather and movie star grandmother Patricia Neal, who played wealthy matron Emily Eustace Failenson in Breakfast at Tiffany’s.

Phoebe’s eyes misted over from a distant memory. She smiled slowly to herself, then recalled: “When my mother was a child, my grandpa would put a ladder up against her bedroom window. He would crack it open and stick this big blow torch through and blow glitter; it was supposed to encourage good dreams.”

Phoebe’s adoration for fabrics was heavily influenced by her grandmother’s antique fabric shop, Faircloth Adams in Santa Fe. She zealously recounted the hours she spent there as a child, exploring the fabrics and listening fervently to her grandmother explain the intricacies of vintage nightgowns from the 1700s and 1800s.

She reminisced: “The first piece of clothing I ever made was with my grandmother. It was a French beret, made from antique linen with a big pom-pom on top.”

Phoebe’s talent for design began at a young age. She explained: “I learned how to sew when I was 13-years-old and started making these really simple circle skirts for myself.”

News of her circle skirts whipped around her school like wildfire and the orders came flooding in.

She recalled: “I was such a little hustler. I’d make 5 to 10 skirts per night and sell them at school the next day.”

After graduating, Phoebe embarked on an adventure to Japan and India. After falling in love with Japanese street style, she coupled her love for fashion with her desire for change, spurred after witnessing the injustices faced by many in countries such as India and Nepal.

Having little business experience, Phoebe consulted a number of people, pitching her idea of a charity conscious fashion line and began to formulate a coherent business plan.

She furrowed her eyebrows in mild frustration as she recalled: “I was constantly told to set up the company first and then the charity part second. I totally disagreed with that.”

Adamant that charity would be the foundation of her clothing line, Phoebe searched scrupulously for an organisation with which shared her values.

Before long she was introduced to the General Welfare Pratisthan (GWP). Their mission; to create an organised, enterprising society, free from the social and economic disparities of gender inequality.

Bringing educational opportunities to girls is one of GWP’s paramount priorities. In March 2014, The Faircloth team made their first venture to GWP’s headquarters in Kathmandu. They were educated about Nepali culture and customs by the Executive Director of GWP, Mahesh Dev Bhattarai.

With over 67 million children out of education in Nepal, over half are girls and young women. Phoebe pitched her idea to the GWP, highlighting the 30% gender gap in literary rates in Nepal. 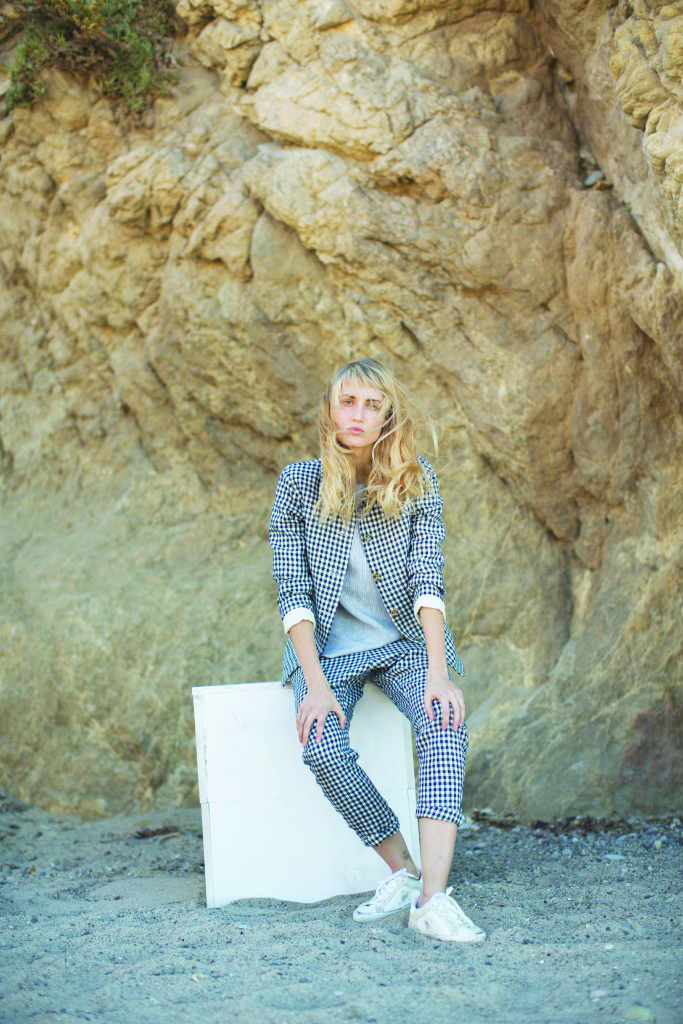 For a young girl in Nepal, the benefits of education go further than just academic. Girls who receive education are less vulnerable to HIV, human trafficking and other forms of socio and economic exploitation. They are less likely to be forced to marry at a young age, and as a result, go on to contribute positively to their family’s economic well-being.

While Phoebe’s priority is to change the lives of young girls in Nepal, she also recognises the importance of her valued customers.

Faircloth & Supply’s beautifully minimal designs echo her own relaxed style; these are clothes that are designed to be lived in. Phoebe explained that the fusion of comfort and elegance was always at the forefront of her mind during the design process.

Faircloth & Supply’s ethos is timelessness: a collection made primarily from linen and inspired by found fabric and heritage textiles. It is also heavily influenced by antique treasures like classical French basics and Japanese indigo-dyed fabrics.

The thrill of creating your own masterpiece, from sketch to item, may seem unbeatable. For Phoebe, nothing comes close to her magical bi-annual trips to Nepal.

To date, Faircloth & Supply has furthered the educational opportunities of more than 2,500 girls in Nepal, through uniforms and scholarships.

Phoebe’s face illuminated with a bright smile that reached her eyes, she said: “It’s so incredible to be able to give a child a school uniform. It’s not just clothing, it is a chance at a better future. The look on their faces is unforgettable, you’ve changed their lives forever.”