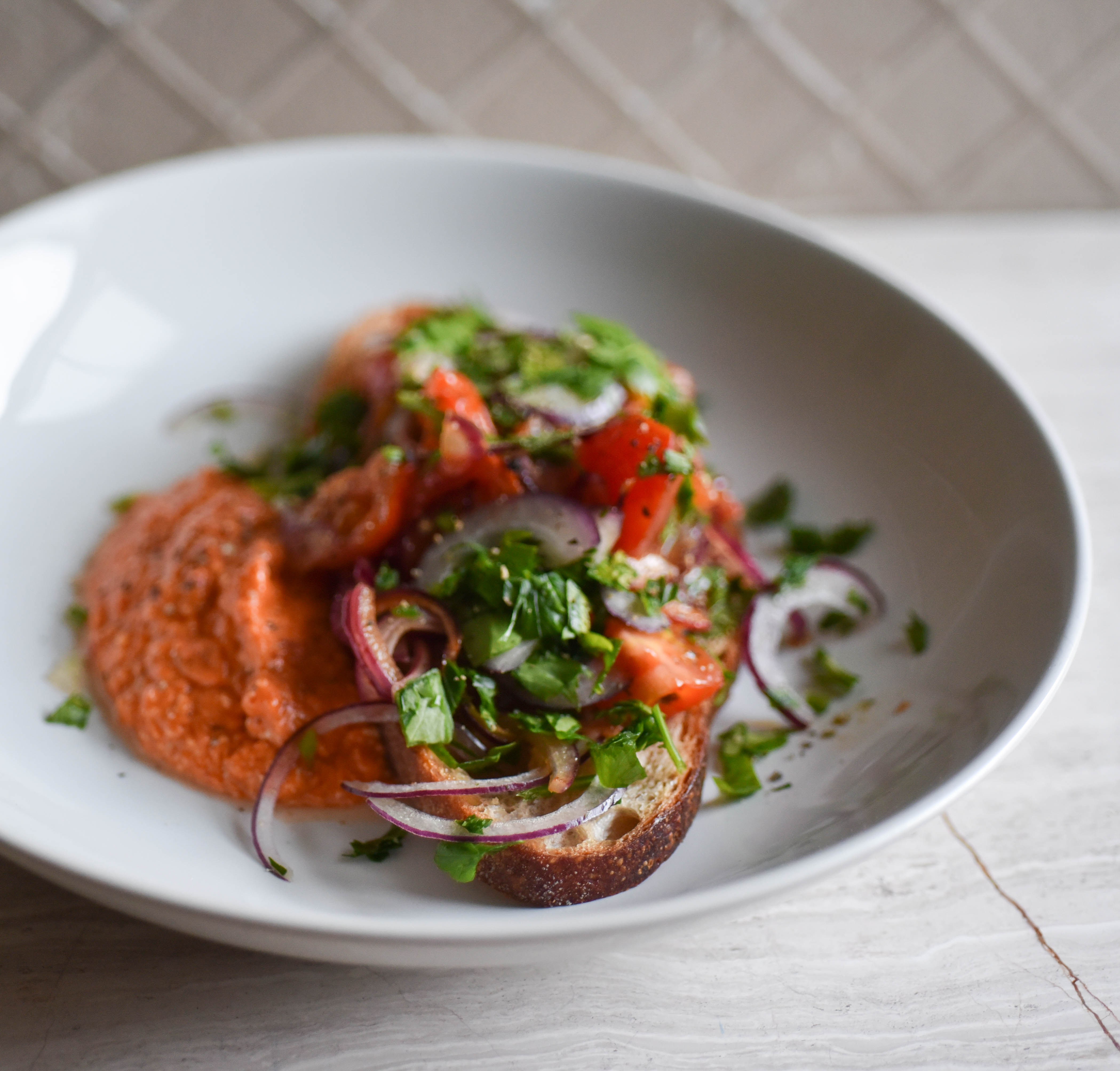 If you’ve indulged on endless roast dinners this winter then this might be a welcome alternative. I love the freshness of the cherry tomatoes with the almost raw red onion and garlic salad (It may be worth keeping a little extra parsley to one side for afters!!) The spicy feta dip can double up as a great alternative to your classic pasta sauce and also works well with white meats. It’s so delicious it’s worth experimenting with and using wherever you can.

2 Cloves of garlic – 1 ½ Peeled, crushed and finely cut (save one half to rub on sourdough) 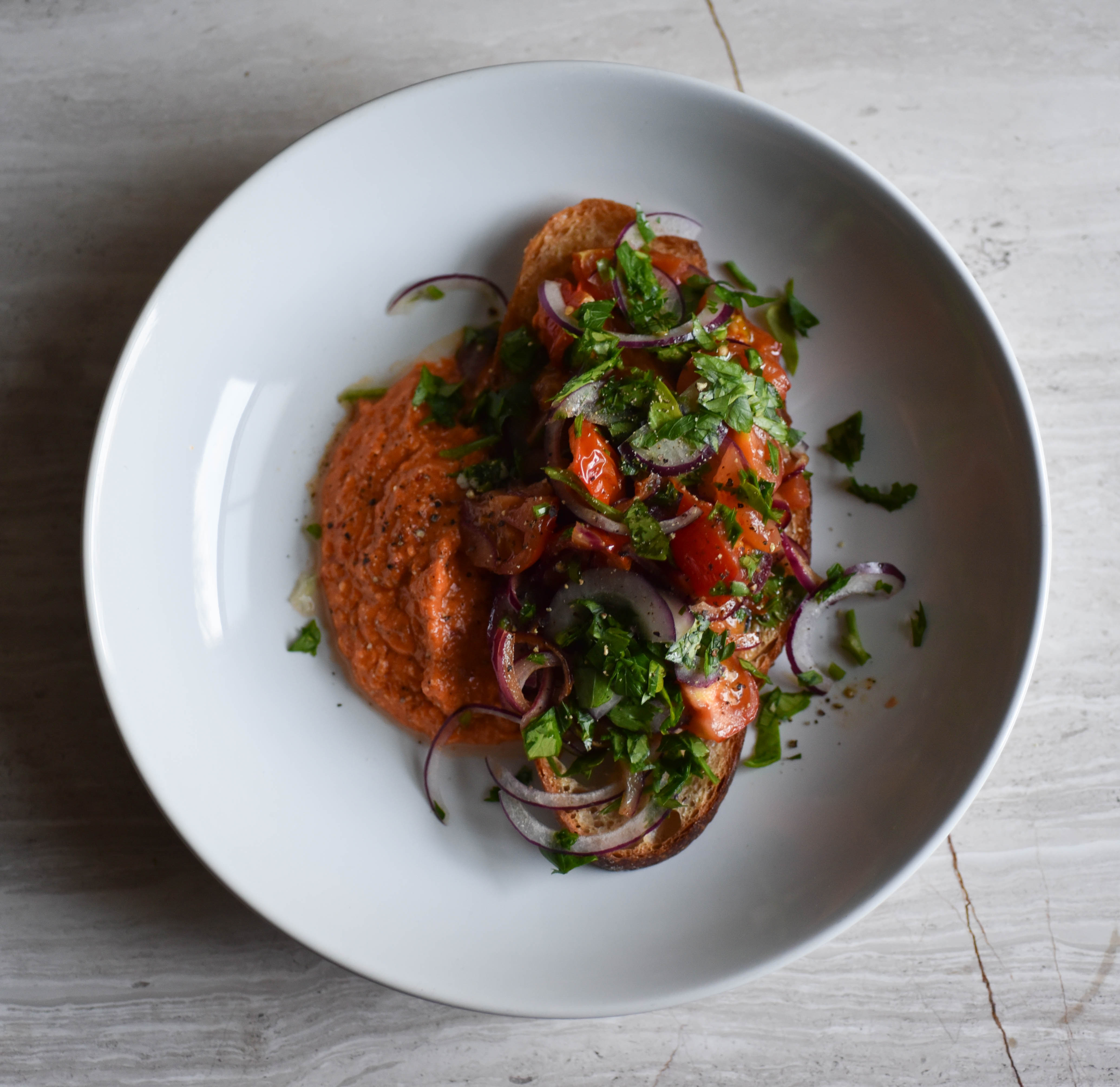 To make the Spiced Feta Dip, first remove the seed from the tomatoes then add them plus the feta, garlic, parsley and chilli to a food processor along with a glug of extra virgin olive oil and blitz until smooth. Store in the fridge until ready to use or serve immediately.

Add a glug of extra virgin olive oil to a frying pan and heat over a medium to high heat. Next add the finely chopped garlic, onion, cherry tomatoes and cook briefly for two to three minutes then remove from the heat. Add a splash of red wine vinegar, fresh parsley and add in your seasoning – go big on the black pepper and easy on the salt as the dip will naturally be quite salty due to the feta.

Finally slice your sourdough and heat a nonstick frying pan or griddle with a dash of oil. Once hot place the slices of sourdough in the pan and allow to turn crisp, turn over and lightly toast the other side also. Once toasted slice a garlic clove in half and gently brush one side.

Serve by spooning on the lightly fried tomato and onion salad onto the toasted sourdough along with a dollop of the Spiced Feta Dip.