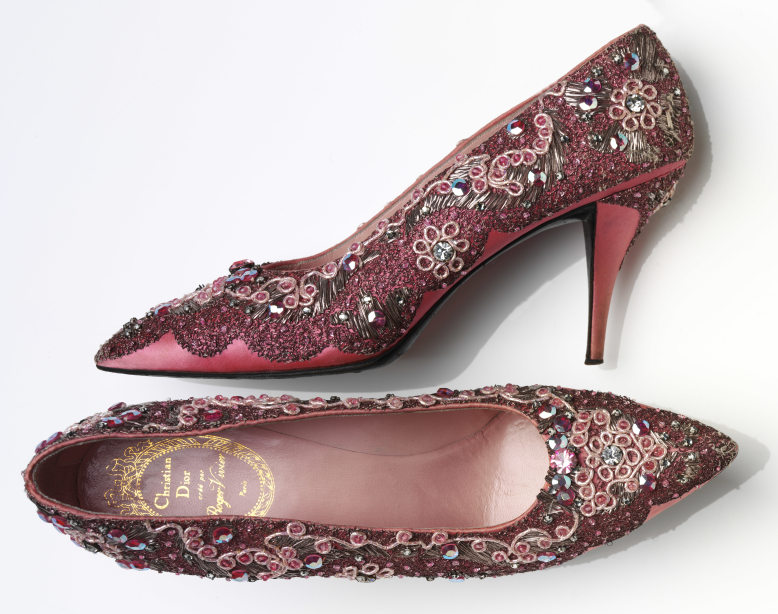 This iconic quote by the blonde bombshell herself, Marilyn Monroe, is a mantra that lingers through the minds of many women like myself when trying on the perfect pair of shoes. A shoe is not merely a garment that provides protection for your feet; it is so much more than that.

For Cinderella, her glass slipper is all that separates her from happily ever after, a perfect fit made for no other maiden in the Kingdom but her. For Dorothy, the gem encrusted Ruby Red Slippers led her on a wild adventure down the yellow brick road, only to be reminded that home was just a click of the heel away. For our modern day heroines, shoes have the ability to transform a woman completely, making her feel confident and empowered in her stance; aware of her body and the unique language it speaks. She can be witty, alluring, elegant and yet firm and decisive all at once.

Despite not having a pair of Ruby Red Slippers at hand, I slung on the next best thing and clicked my gold Vivienne Westwood Melissa heels together as they transported me to my own personal Emerald City: ‘Shoes: Pleasure and Pain’, the latest exhibition hosted by none other than the Victoria and Albert Museum.

Universally acknowledged as the largest museum of decorative arts, the Victoria and Albert Museum houses some of the most bedazzling jewels in history and has become reputable for its fashion exhibitions. Showcasing some of the most notorious masters of footwear prominent in the fashion world today, including household names Manolo Blahnik, Christian Louboutin and Jimmy Choo, the V&A’s shoe collection remains unrivalled, spanning across 2000 years of history and transverses beyond a global scale. 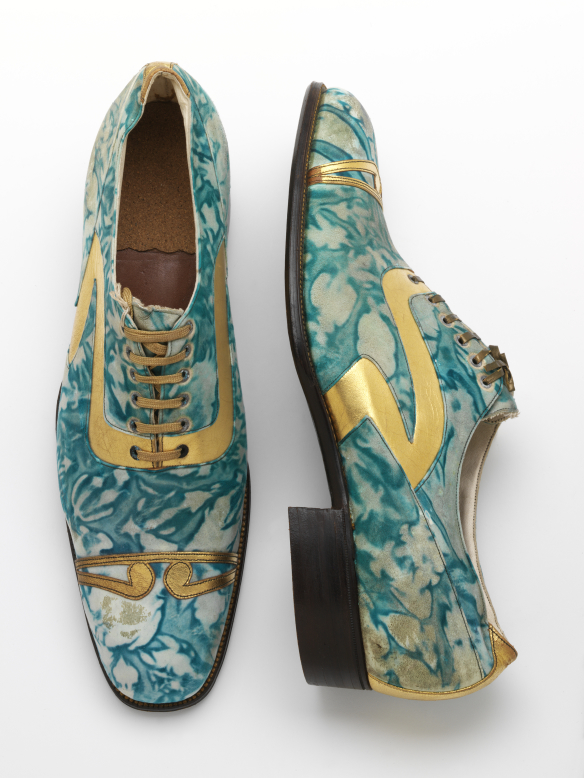 Set across two floors, the exhibition is divided into five categories each delving into different themes: transformation, status and seduction to begin with, harbouring in the boudoir enclosure of the ground floor. As I entered the labyrinth of footwear, I could already catch flashes of light from the rubies, emeralds and diamonds that were encrusted various styles, all winking at me from the glass cabinets, teasing and tantalizing as the light struck each facet like a bolt of lightening; quick but still visible.

The exhibition opens with the theme of transformation, and is one of the most important themes fundamental to the understanding and underlying importance of the way footwear is represented. The exploration of myth and legend, and shoes being a thing of folklore in which the wearer is able to decide exactly who they want to be, is relative to how we as the wearer, want to be perceived in modern day by the type of shoes we wear.

The concept of status and sexual empowerment in footwear amongst men and women is further demonstrated in the various styles exhibited, from the royal shoes of her majesty Queen Victoria, to the rise of Boots as a result of wartime efforts, reminiscent of Puss in Boots’ musketeer kicks. 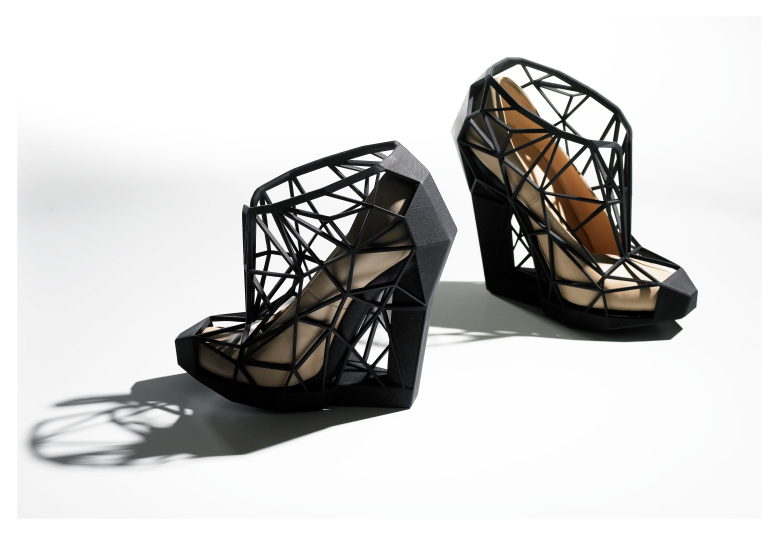 With each style oozing the element of seduction in its own unique way, footwear is a universal language that is embedded in different cultures worldwide. The sexualisation of the shoe and what is deemed to be sexy differs across the world, and is classically demonstrated by the juxtaposition of high Japanese Geta shoes of the East, and tight-laced leather boots of the West; two contrasting styles with the same motive.

Shoes however, are not just a beautiful prized possessions. As I followed the animated projected footsteps up to the next level, I was lead to the first floor where the exhibition continued in a very different manner.

Unlike the boudoir cave below, I now wandered across the clinical laboratory mezzanine that examined the dissecting process of designing and creating footwear, from the story it tries to convey down to the final masterpiece. 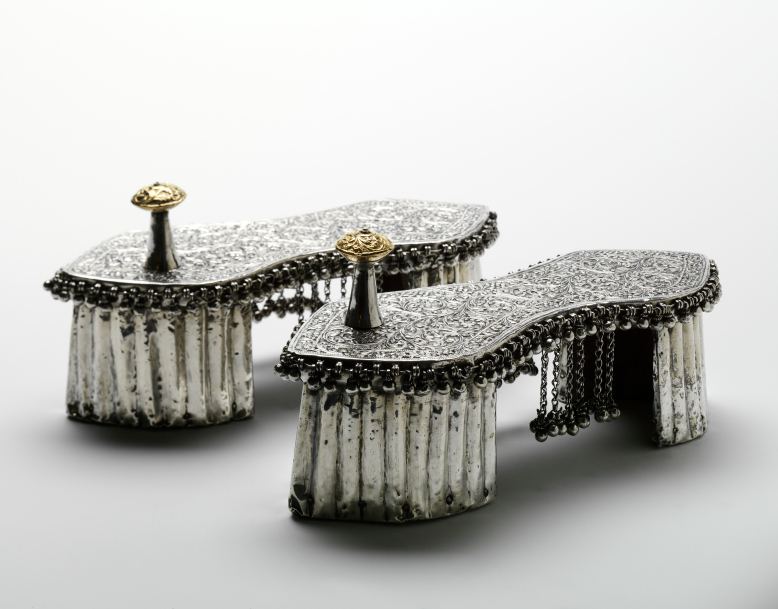 Enhanced with animations behind the creation process, the display further inspects the way in which traditional craftsmanship can be combined with new age technology, uniting in the name of artistic innovation, and the future of shoe production. With a film featuring interviews from five designers and shoemakers including Sandra Choi, the exhibition is rounded off with a selection of collectibles from historic collections down to the personal collection of a ‘sneaker heads’ and high-end collector.

From the agonizing pain to the ecstatic elation that comes with footwear, there is an undeniable sense of magic that is felt in those first moments we slide our feet into the perfect pair, and ‘Shoes: Pleasure and Pain” certainly gives validity to that sensation of why we feel the way we do.

I think it’s fair to say, that many of us can resonate with Carrie Bradshaw’s little problem with expensive footwear. 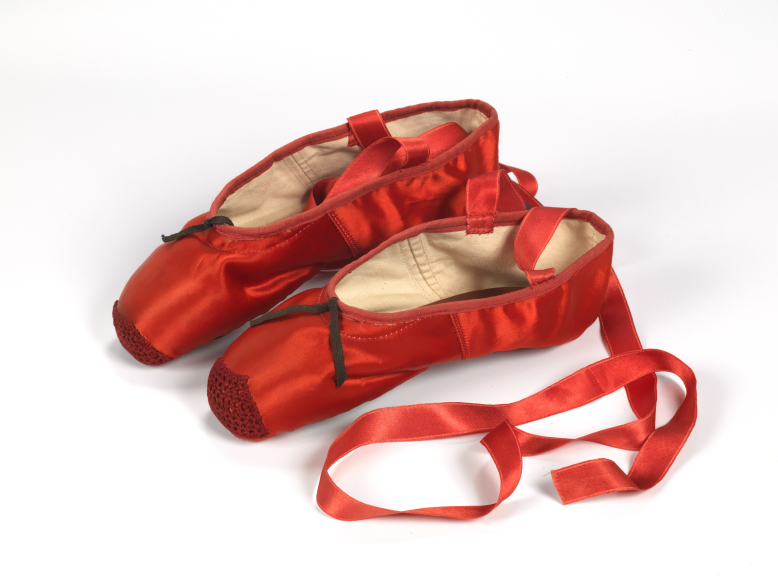 Shoes: Pleasure & Pain is at the Victoria & Albert museum until 31 January 2016.