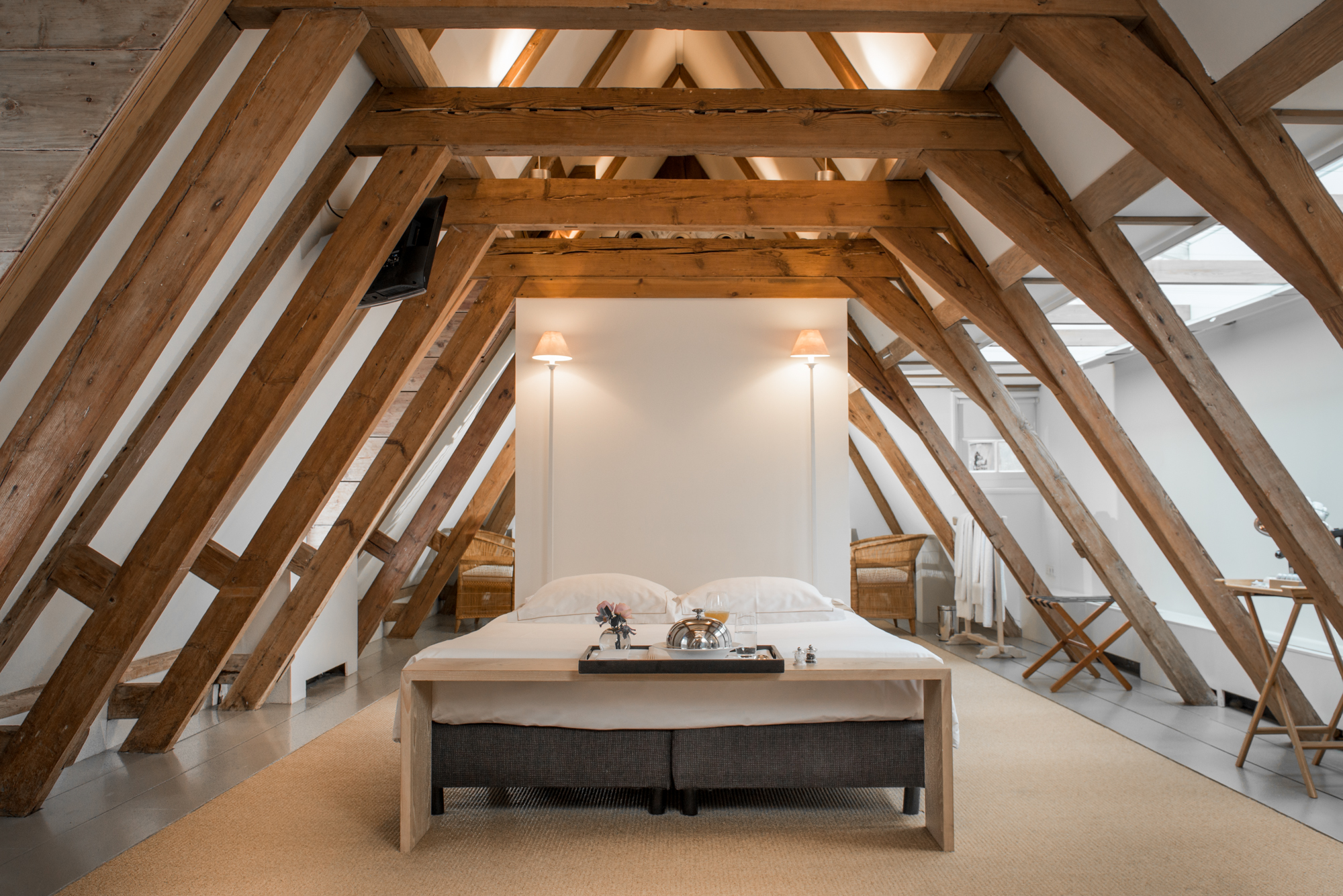 In the 1950 fantasy novel, The Lion, the Witch and the Wardrobe, C. S. Lewis wrote “…and that was how the adventures began. It was the sort of house that you never seem to come to the end of, and it was full of unexpected places.” It was that rush of nostalgia and sense of adventure that awaited me at the Dylan.

Located in the heart of Amsterdam’s city centre, upon the famous Keizersgracht canal and a short walk from the Van Gogh museum, the luxury boutique hotel first opened its doors in 1999. The site itself is steeped in over 400 years of history and was once home to the Duytsche Academie theatre. During the Dutch Golden Age the theatre played host to Europe’s aristocracy including the Prince of Orange and the Russian Tsar. 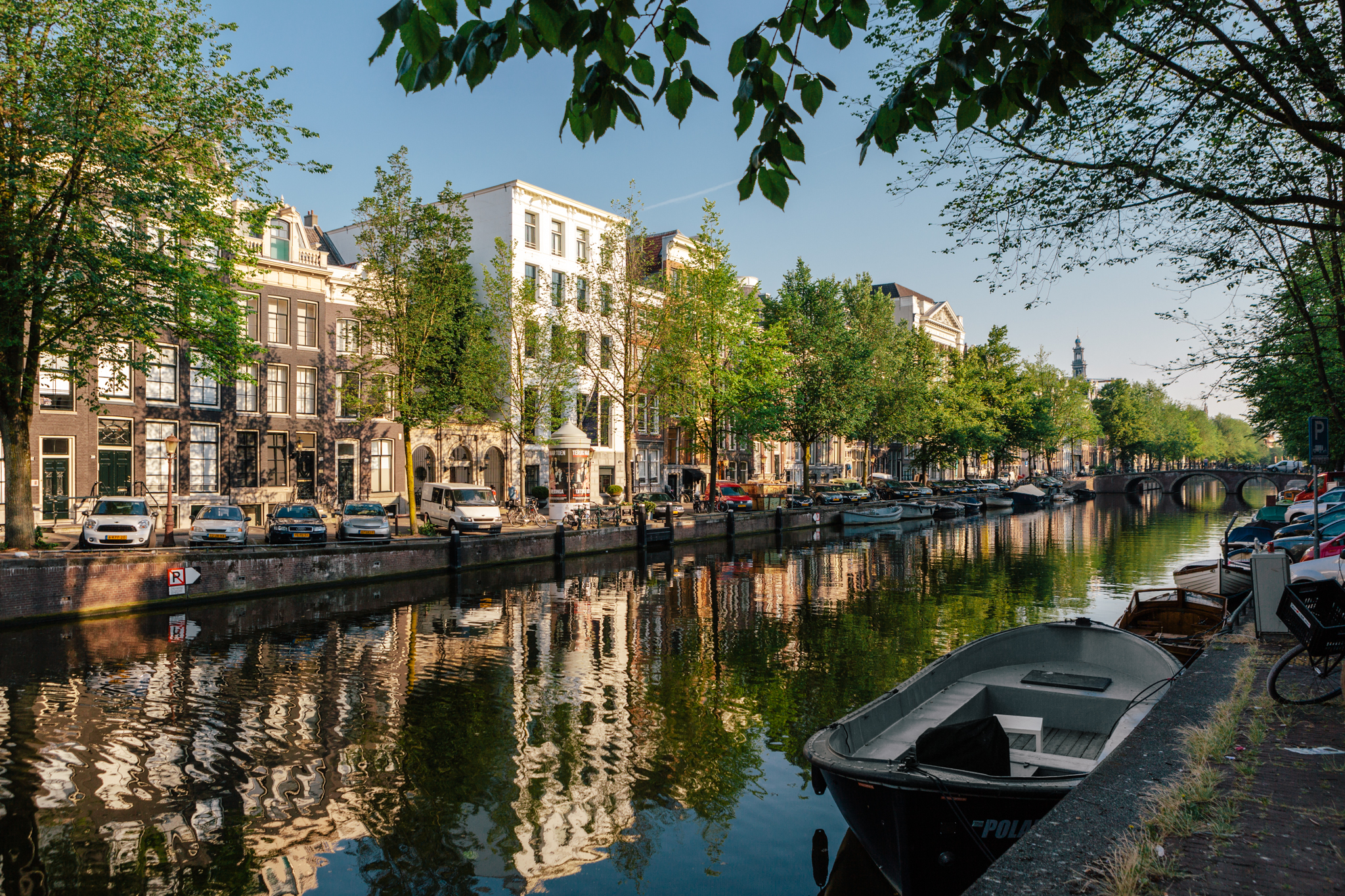 It was a crisp cloudless afternoon as my car pulled up to the front of the Dylan’s stone courtyard. The sun, quite low in the sky lit the canal directly in front in a warm orange glow. I entered through a 17th century archway, instantly detaching the rest of the hotel from the city bustle, towards the majestic door that awaited me, the surreal light from the canal reflecting on the lofty windows.

During my stay I learnt that the Dylan becomes a pleasant paradox of sorts. The Wardrobe in C.S. Lewis’ novel led to the fantastical world of Narnia and just like the Wardrobe the architectural slim profile and quirkiness of the Dylan’s exterior hid a world much grandiose than I expected. 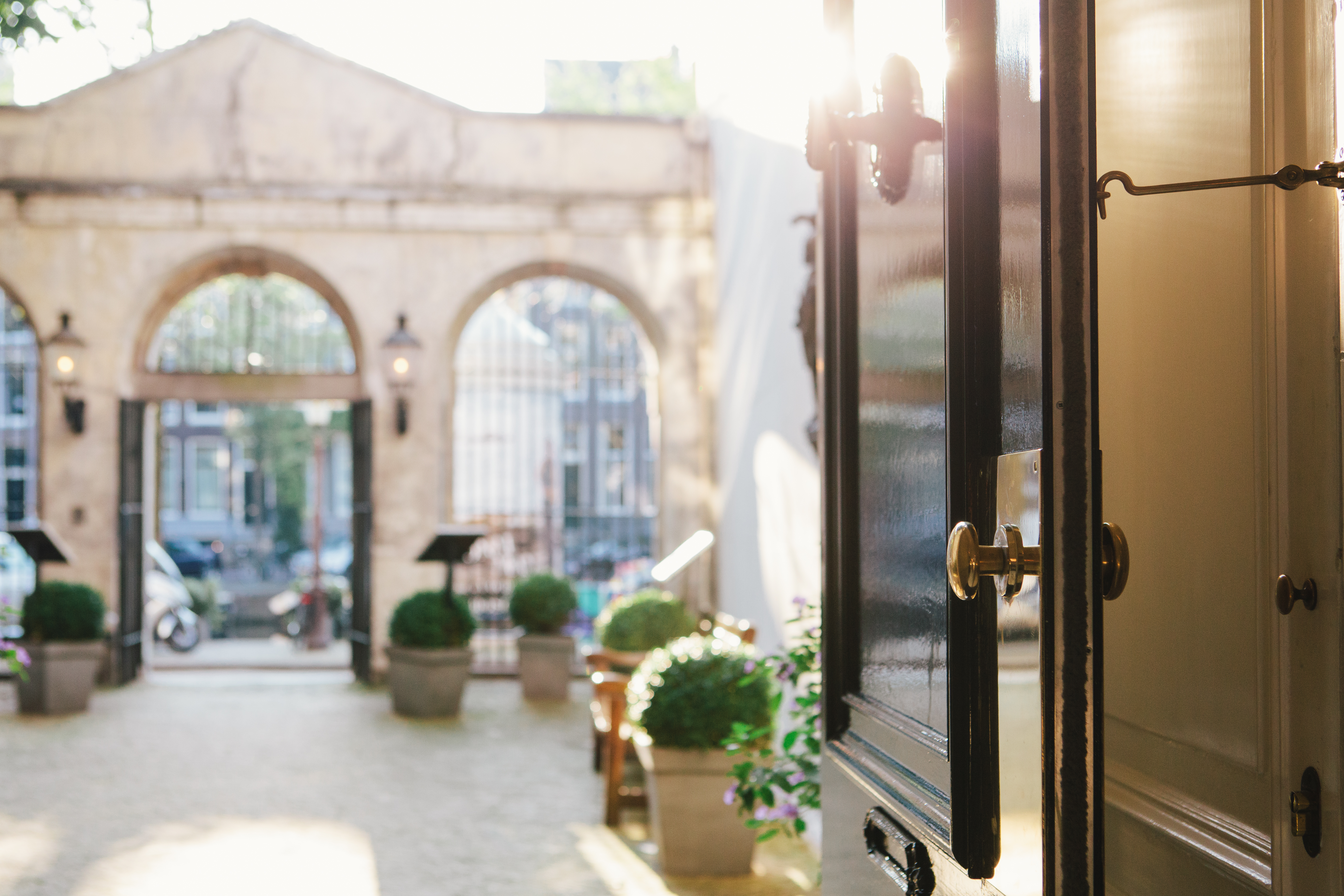 The lounge I entered had high ceilings with subtle baroque patterns giving way to a spacious room. Yet it had all the period charm and intimacy of a cosy living room, with wood panelling throughout like a country house far away. This was the perfect place to get away from the hustle and bustle of the city. Sunlight poured in through large windows and landed on the far wall that housed a crackling fire in a grate. The traditional fireplace was topped with a grand, intricately framed mirror. I noticed a discreet entrance leading to a curved bar, more on that later.

The Dylan consists of 40 rooms and suites, all individually designed differing in shape and style and all skilfully hand painted. Behind every door there is a unique experience waiting to be discovered –  an interior to fit the taste of any guest. 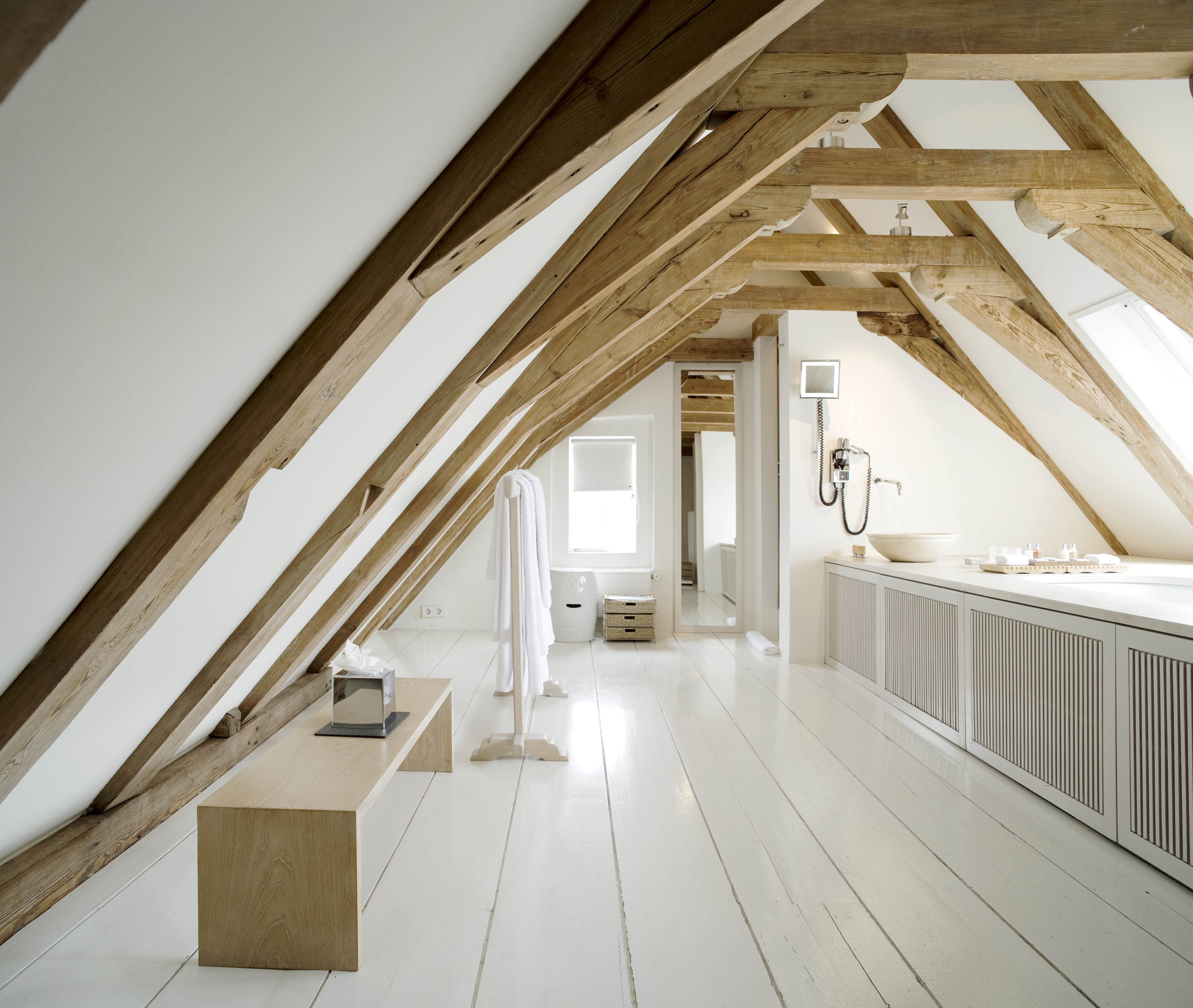 I stayed in the flamboyant, 800 sq. ft. ‘Klassbol’ style suite. My journey to the room was an adventure in itself. The concierge leading me to my room offered a more adventurous route. I happily agreed and was led through contemporary corridors filled with distant echoes of footsteps, merging into discreet passages that suddenly revealed a hidden winding wooden staircase mysteriously ascending to one of 6 different styles of room. An air of mystery surrounds the hotel and the feeling of discovering something new and pleasantly surprising just around the corner never left me.

The expansive room with 20 feet high ceilings was accented with a palette of raspberry red and elephant grey. Passion and simplicity entwined. I sat briefly on the elephant grey sofa when I noticed a haven of light emitting from the immense windows. I approached and looked out of the window on to a secluded secret garden waiting to be explored. The earthy sounds of a Bose sound system filled the living area with tranquil melodies. It sat upon a sleek black desk with white orchids and two ceiling high mirrors against the wall. Next to the desk an Illy espresso maker and refreshments on top of two deep red chests that added to the charm of the room. At the other end of the room the four poster bed with crisp bright white sheets and luxurious red striped headboard exuded comfort. Could there be a better invitation to sleep than this?

A wardrobe with shoji style sliding doors led to a stunning bathroom with a separate bathtub and shower with Le Petit Grain products. The room was a true marriage of modernity and classicism. 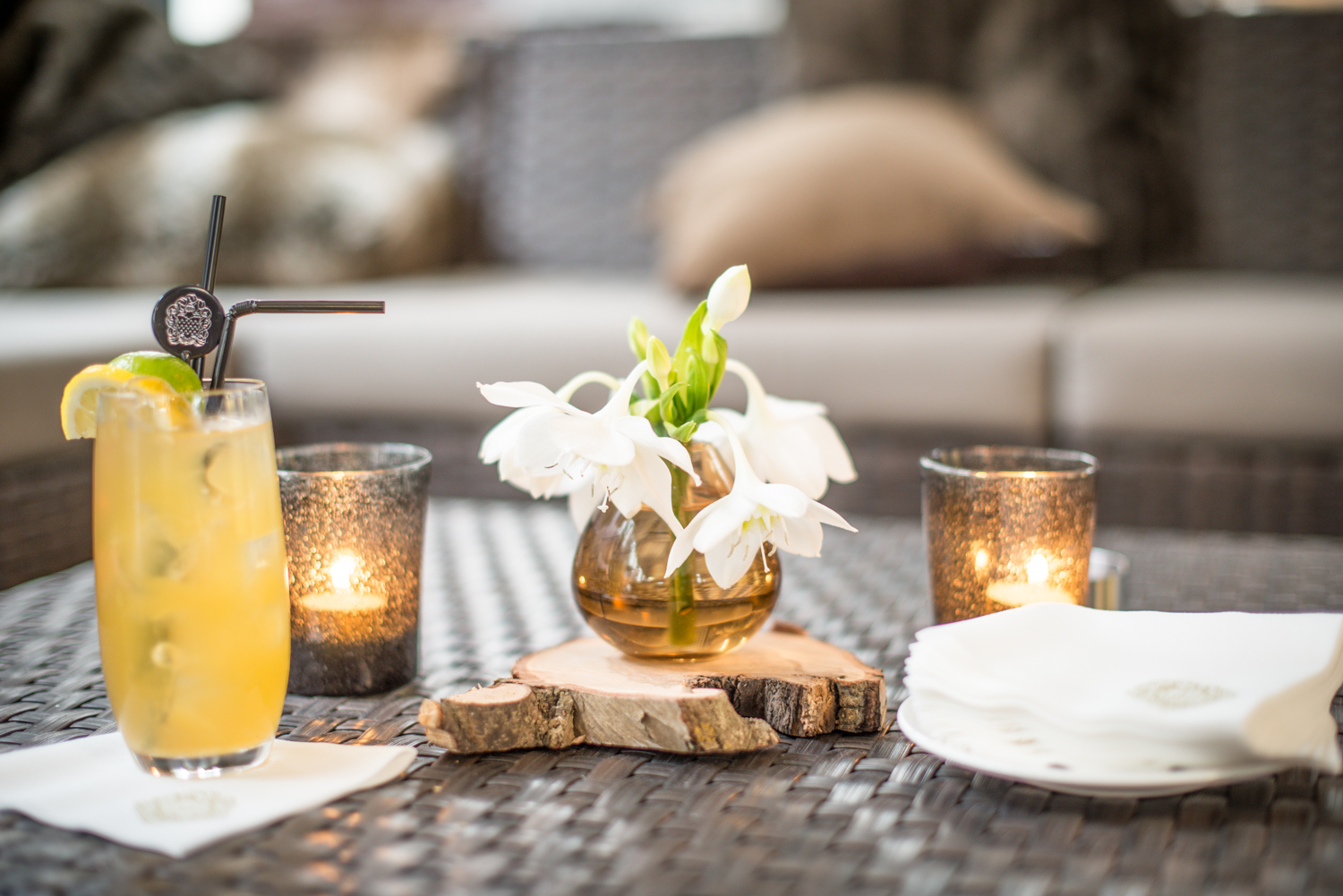 The hotel is perfectly located near a number of must-see locations all within walking distance. There are plenty of galleries, museums and bars to explore in the hip and trendy ‘de negen straatjes’ area.  After briefly exploring in and around the canals, I had worked up an appetite and was glad to return to the Dylan for dinner at Bar Brasserie Occo.

Occo is a distinct cosmopolitan eatery, it’s focal point is the curved bar illuminated with a modern 26-foot brass light fixture. It has a warm, smart-casual environment where guests were able to mingle with each other at pleasure. Despite the energetic environment, the staff were very attentive. My waiter Maartin, a tall, blonde-haired and impeccably dressed local approached me with a smile as soon as I entered and offered a table with a view of the garden courtyard. As I sipped on my glass of Pinot Noir, with a dark berry hue and bittersweet taste, I was able to peruse the Occo menu at my leisure, which featured a blend of continental and world cuisine. Maartin’s knowledge of the dishes was a welcome help as well as his recommendation for the Pinot Noir.

My starter was a richly flavoured and creamy cabbage soup. Although tempted by the steak, I eventually decided on the trout fish special for my main, and was not disappointed when it arrived; the fish was soft and succulent, served with perfectly cooked asparagus. A sweet bread and butter pudding with honeycomb ice cream was a fitting end note to the meal. It was an experience made all the better by the impeccable service I enjoyed at the Dylan. 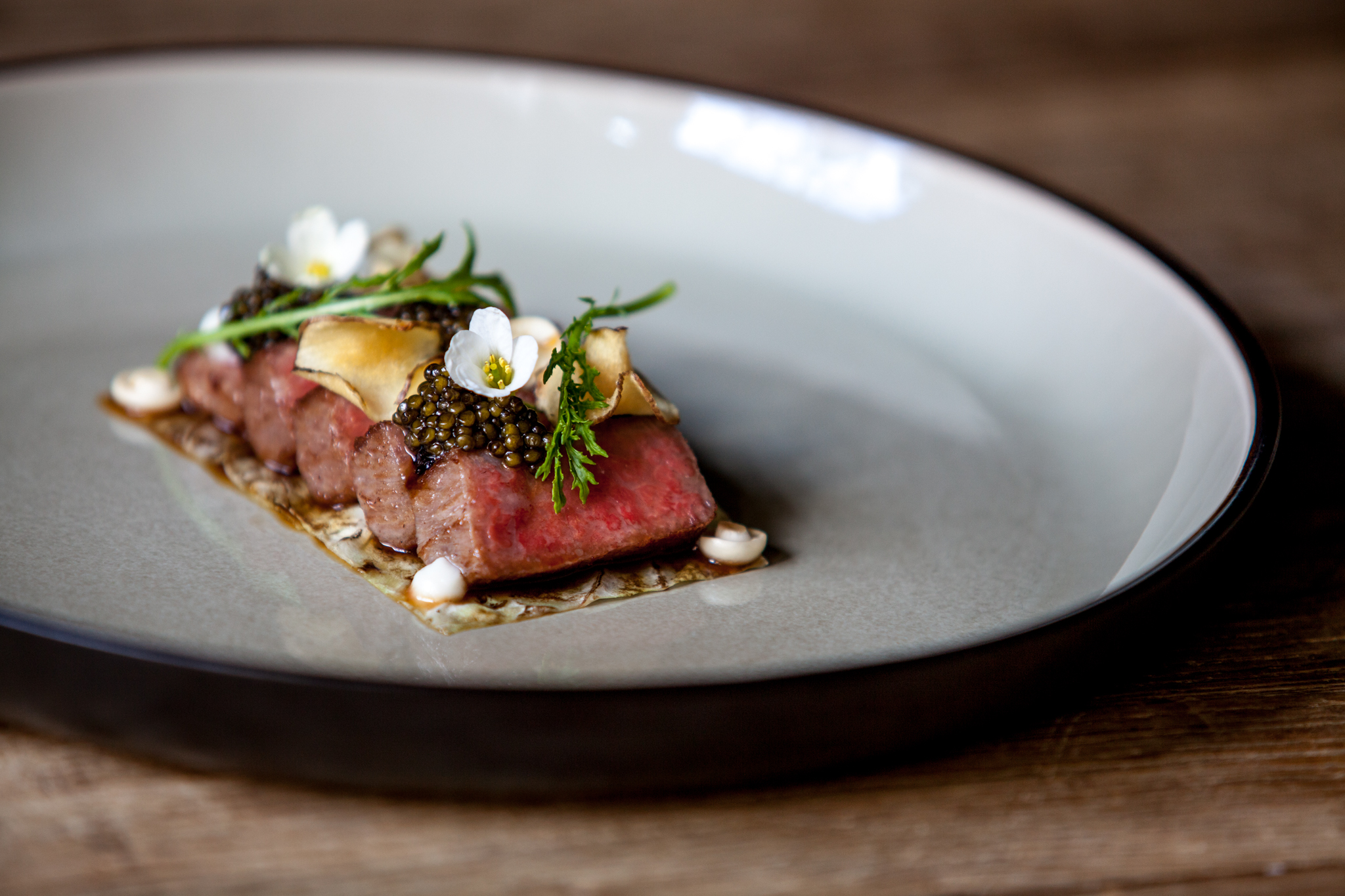 A discreet door led out of the Occo and into the secluded garden – a perfect way to end the evening. As I sat in the dimly lit courtyard enjoying nightcap espresso under the cool fresh breeze, I couldn’t help but remark that the Dylan truly is Amsterdam’s hidden gem.