The Grain of Truth – The Tweeddale at Locke & Co A biting gale rattling down St James’s Street made the warmth of the interior of Locke & Co, the most well-known and best loved hatters in the world, seem even sweeter. This fine establishment has welcomed some of the most extraordinary characters to ever grace the dusty history books – and some fairly sultry new names too.

This astonishing list includes the likes of the indomitable Lord Nelson, heart throb of a generation Pierce Brosnan and oh, just on a side note, The Queen. In fact in the case of our beloved Lizzie, Locke & Co were enlisted to create a hat, within a hat. To clarify, the crown was simply so vast and weighty that the hatters hand crafted an inner head piece which would keep the symbol of The Empire atop the monarch’s modest bonce during her coronation in 1953. 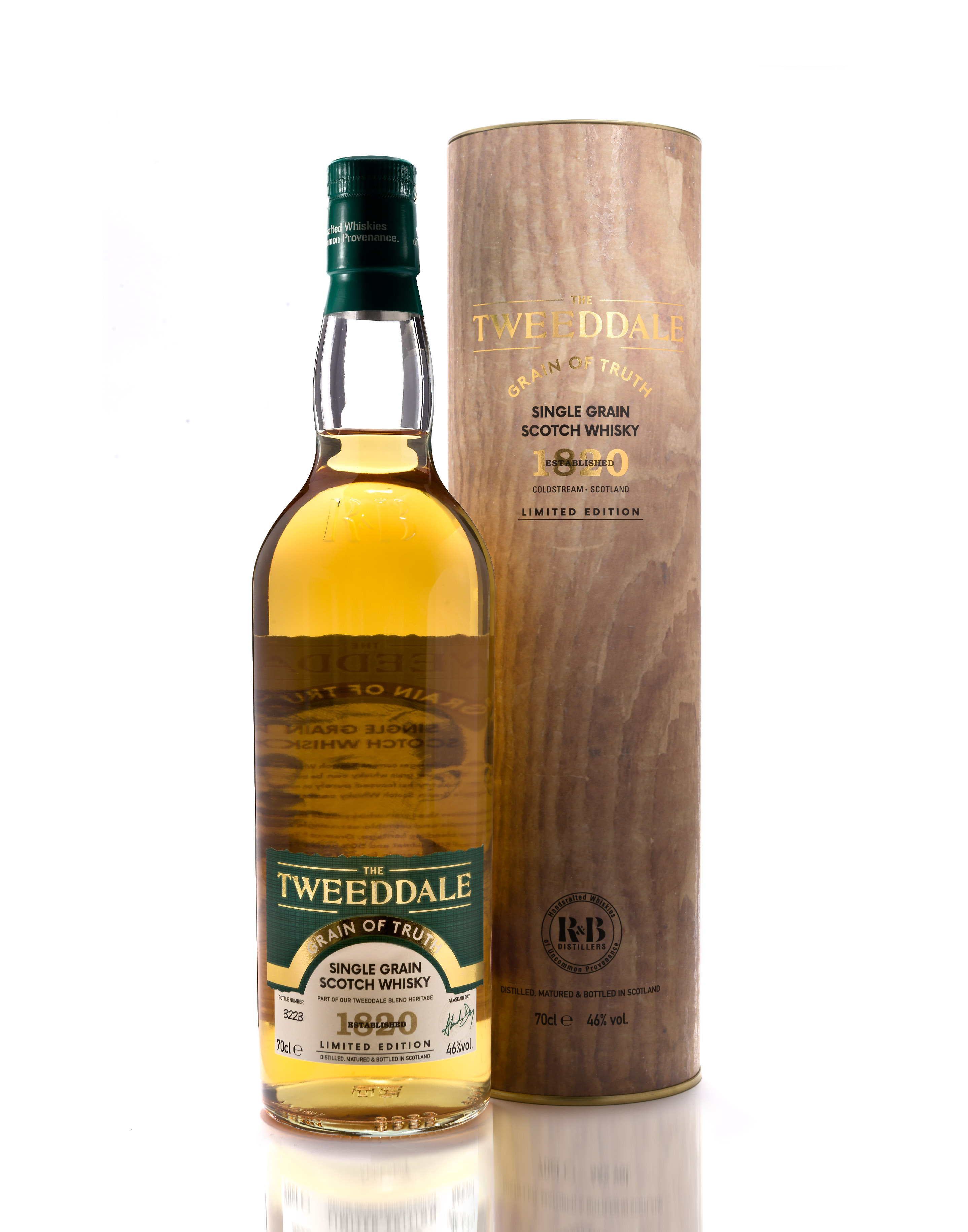 Locke & Co was home to yet another fascinating landmark this night, as it was the chosen venue for the release of The Tweeddale’s latest expression, the fabulously portentous ‘Grain of Truth’. I was invited into the warmth, and stepped inside this fascinating shop accompanied by gentle squishing sounds as my footsteps caused my shoes to expel streams of rainwater across the welcome mat.

My condition was recognised as being that of a man who was in desperate need of a dram, and so a glencairn glass generously filled with Grain of Truth was thrust into my eager (gluttonous) hands. The origin of the Tweeddale blended whisky goes back as far as 1820 when it was first blended in the Scottish borders by J&A Davidson. Today Alasdair Day continues the renovated Tweeddale legacy in fine fashion and unwavering commitment to superb spirit and masterful blending.

The Grain of Truth itself is comprised of a half and half split between wheat and malted barley, the majority of the maturation cycle was inside bourbon barrels however for the final nine months the spirit was transferred to Oloroso sherry hogsheads. The final result of this two-part ageing process is a dram which has sweet, buttery vanilla notes on the nose and a complex honey, orange zest and dark chocolate flavour on the palate.

It is the final period spent in the ex-sherry hogshead which is to thank for those ripe, almost Christmas pudding-esque, notes. In fact it is a quite the rarity to find a grain whisky which gets such special treatment whereby a portion of its life is spent in a former sherry barrel but Grain of Truth breaks the mould in a successful attempt to bring new complexity and sophistication to the world of grain whiskies.

Let it also be known that a previous expression from The Tweeddale has already found international acclaim by merit of having won the World Whiskies Award ‘Best Scotch Grain’ category for it’s ‘A Silent Character’ release.

Those who like their drams full of character and complexity should keenly anticipate yet more great things to issue forth from The Tweeddale.

The Grain of Truth can be purchased from Master of Malt online.