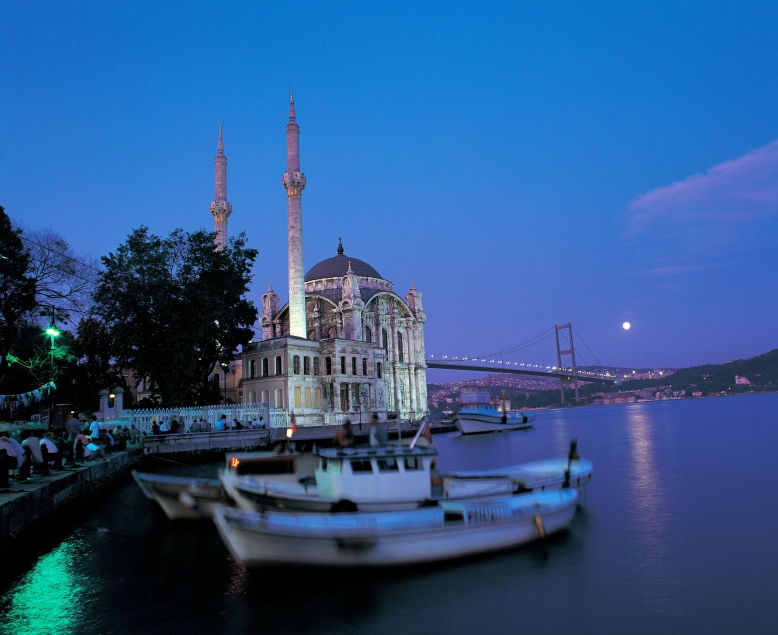 I have a severe case of wanderlust.

My syndrome has taken me across the world exploring secret treasures, with my latest conquest being the city of Istanbul. Where East meets West, this magical city possesses the best of both worlds; a concrete jungle skyline on the banks of the New City coexisting alongside the ancient wonder of the Old Town’s Sultanahmet District. Joining the ranks of London, New York and Tokyo, Istanbul is a city buzzing with life, and is now ranked the third fastest growing country after China and India.

My plane landed in the evening, the sun having just set and the city lights now ablaze and sparkling against the reflection of the Bosphorus Strait. As my taxi glided down the highway into the Old Town, I began to think of all the adventures I have yet to endure on.

I stayed in the heart of the Sultanahmet District in a boutique hotel situated along the narrow cobbled streets of the Old City, my daily alarm being the Azaan, also known as the call to prayer, bellowing from the Blue Mosque. 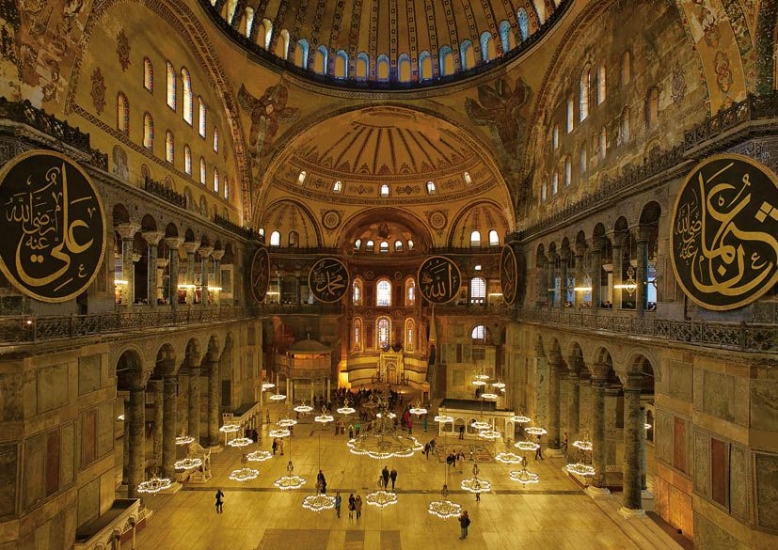 Istanbul has a certain romanticism about it; a land where Emperors and Sultans once roamed, it is layered in rich history and is home to three epochal Empires: Roman, Byzantine & Ottoman; all three Empires living on in the marquetry of fine arts and architecture.

The perks of staying in the Old City is that you have all the marvelous monuments situated a stones-throw away from one another. The Aya Sofia, the Topkapi Palace and the Sultanahmet (Blue) Mosque are all must-sees plotted together in a line of three, each as magnificent as the one before, with ceilings adorned with shimmering mosaics and colossal pillars standing tall holding the heavily bejeweled structures upright. 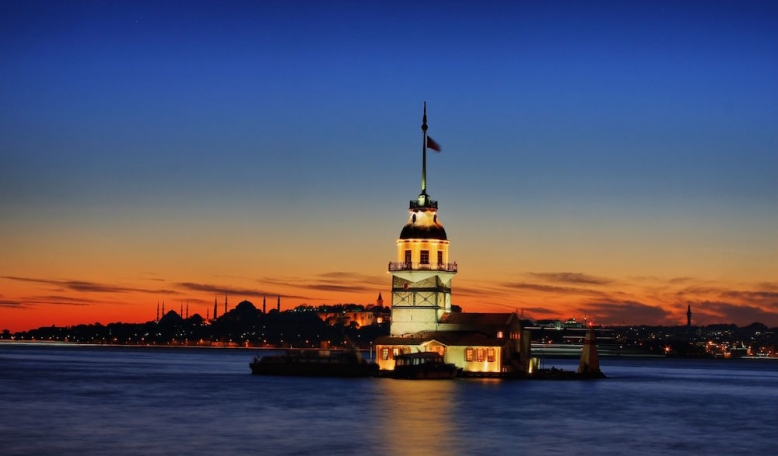 Walking through the Old Town will evoke a sense of other worldliness within. Flanked by domes and minarets; I felt as if I had been transported back to a scene from the Arabian Nights. On and on I wandered, until I reached the arched gates of the Grand Bazaar.

Known to be one of the oldest markets in the world, with over 3,000 shops, the Grand Bazaar is an indoor maze filled with vendors luring you in with the warm fulfilling smell of Turkish coffee and fruit teas – hospitality is key for shop owners.  As I weaved my way through the winding path of carpets, tapestries and glass mosaic lanterns illuminating the front of shops, I found myself lured to the famous Gold Jeweler’s Road, a street dedicated entirely to jewellery, some encrusted with emeralds, rubies and pearls and others possessing the Hand of Fatima and the Evil Eye as amulets for protection.

The Spice Bazaar is another shopping complex to visit after the Grand Bazaar, with a total of 85 shops dedicated to the trade of spices, the Spice Bazaar will entice you with the sweet sticky scent of Turkish delight and the peppery kick of Paprika.

As my journey continued, I discovered a hidden gem concealed from the busy streets of Istanbul. Built beneath this ancient city, the Basilica Cistern is the sheer epitome of wonderment. Constructed in the 6th century during the Byzantine reign, the cistern is a forest of marble columns that are doubled in size due to the water base for which they stand in. 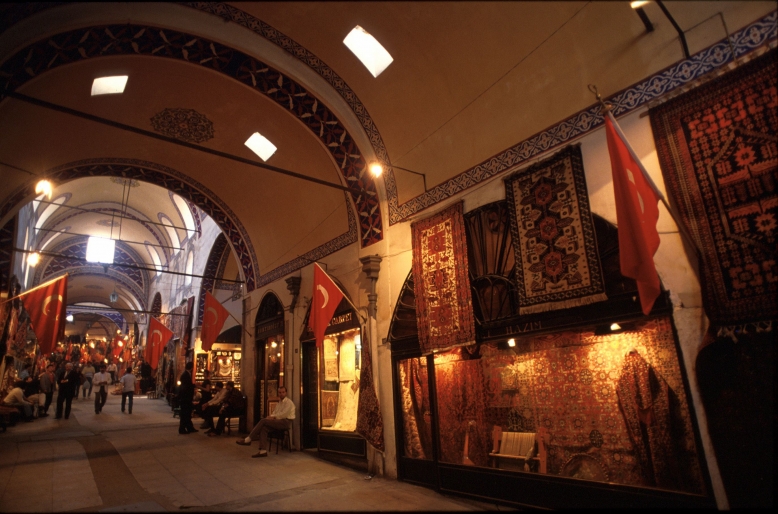 Amongst the major attractions, it is easy to forget that Istanbul possesses some of the world’s most famous artifacts in Ancient history within the Turkish and Islamic Museum of Art and the Archaeological Museum, artifacts not only from the reigns of Kings & Queens, but also of Biblical narrative and religious importance. 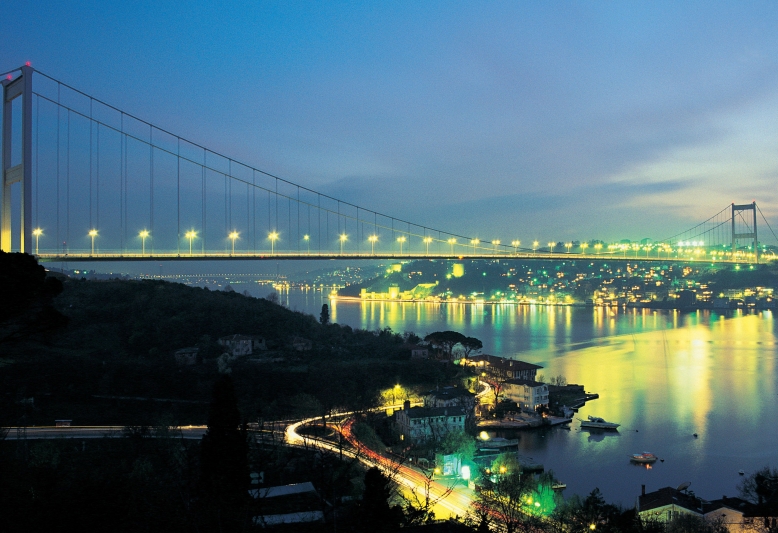 Nightlife is swarming, and I kept my evenings just as busy as I did with my daytime activities. The Whirling Dervishes are most definitely a sight to see. The traditional dance comprises Sufi Mystics who seek a close relationship to God, twirling as they hold one hand up to the cosmos and the other pointing down to the earth, the body acting as the link between Heaven and Earth from which the heavenly cosmic powers transports its way into the Earth through the fluidity of dance.

After days of wolfing down the delicious cuisine and a boat ride on the Bosphorus, my penultimate evening had finally come. Before I was due to head home to London, and I had sure to leave the best site for last. 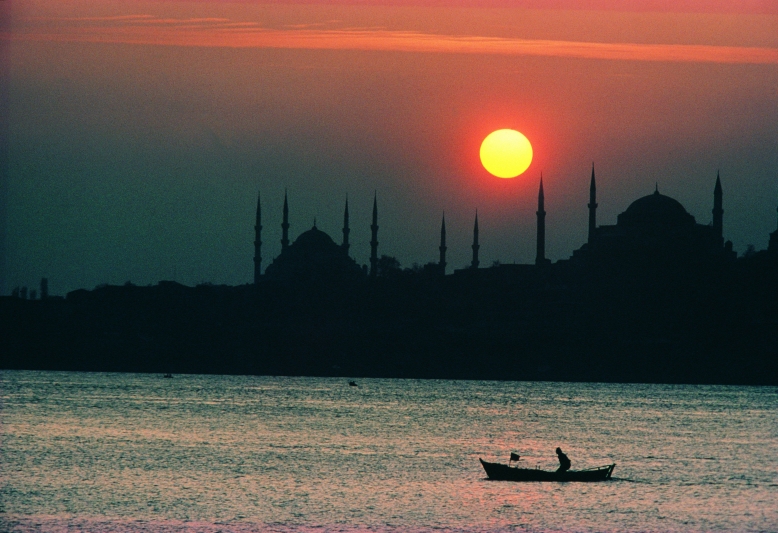 The Galata Tower is a landmark on Istanbul’s skyline, offering a sensational panoramic view of glowing city. I stood atop of the tower like Rapunzel, the cool wind brushing through my hair as the last bit of sunshine fell with romantic affection upon the glowing city. Istanbul has a myriad of faces to it; the charm of the masters of old still lingers on.