Danish born investment banker turned restaurateur Søren Jessen has had a hectic 2018 – he launched Ekte Nordic Kitchen at Bloomberg Arcade in April and Borealis in Borough this month. If that wasn’t enough, his first restaurant, 1 Lombard Street, celebrates the amazing milestone of 20 years this month.

Famed for being where The City meets for breakfast, lunch and dinner, 1 Lombard Street has pioneered restaurant dining in London’s square mile since it opened in 1998 and was awarded the square mile’s first Michelin Star. We caught up with Søren for lunch to hear his thoughts on the restaurant world, Scandinavian food and the stories behind 1 Lombard Street’s success.

I arrived slightly early. Søren is bang on time despite his day being packed with meetings and menu tastings. He is suave, switched on and charming, all key characteristics for the world of hospitality. It’s a lunch time in August and the room is full. I asked how he was celebrating the 20 year milestone. He said, “Every day in August is a celebration. We have a 20th birthday cocktail for £5 as well as a 2 course menu celebrating dishes over the last 20 years with a half bottle of wine for £20 per head.” He went on to say, “We are building up celebrations starting with giving away 200 passion fruit macaroons through to a big fun party mid-September with our customers, staff and those involved in the journey so far.” 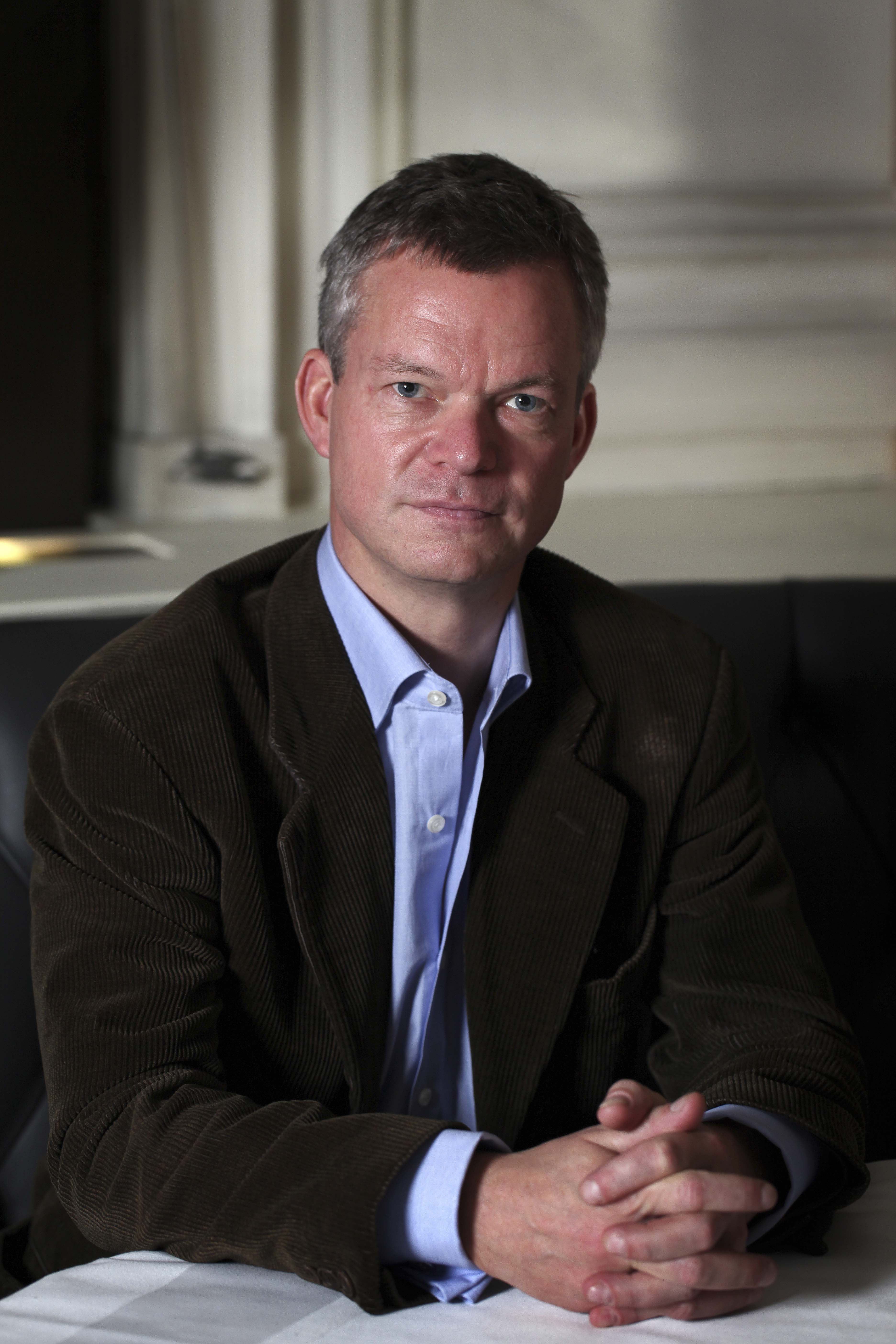 In the late 1990s, Søren walked into an old banking hall opposite The Bank of England addressed 1 Lombard Street and immediately knew it should be a restaurant. The rest is history. He said, “Being a banker helped me secure the site. We spent £2 million before opening and it took two years to start making money. Word of mouth in 1998 was and still is so important. Instagram didn’t exist back then!” When Søren was an investment banker, he entertained clients very regularly. He quips, “I had a different stamina back then! I also learned what worked and what didn’t, for both the clients and me personally.”

Søren met restaurateur Oliver Peyton through a mutual friend and opened two restaurants with him before going solo at 1 Lombard Street. He said, “I had two lucky strikes and felt I could do it alone.” I asked what advice he had for someone who wanted to open a restaurant just as he did. He advised, “If you are making a career change, make sure you have the funding to do it and you know enough about what you’re jumping into. Also, always have a Plan B.”

When 1 Lombard Street first opened, Søren commented that, “there wasn’t much around The City in 1998 apart from wine bars, pubs and a couple of restaurants that weren’t actually in the square mile.” His approach to customer satisfaction is refreshing and so accurate. He said, “People come here because it’s 1 Lombard Street. In restaurants, we are in the business of spoiling difficult people. We love all our customers but having demanding guests gives us a chance to show off what we can really do.” I wondered which menu items had stayed on the menu for 20 years. Søren doesn’t hesitate and straight away recalls the menu as it was in 1998. “Sausages and mash, a seasonal chicken dish, sea bass and the Dover Sole have always been on the menu” he said. Søren knows his regulars and knows what they want. He suddenly points to an empty table (the only empty table) and says, “This is the favourite table of a lady who visits four times a week and always has a bottle of bubbles with her guest over lunch. I guess she’s not here today as the champagne glasses aren’t on her table.” Not only is Søren precise but he is very much a people person and rubs off on all his staff too.

The committed team at 1 Lombard Street don’t run around him – they are relaxed, assured and charming. They treat Søren like part of the team. A big believer in promoting internally and investing in his people, he has links with a Danish Chefs college where he talks about business in London and also employs Chefs from Westminster College. He said, “My Head Chef has been here for 8 years and has just been promoted. I can count the number of Head Chefs on one hand.” He is clearly doing something right. Søren’s recent new openings have focused on his Scandinavian roots. “With Ekte and Borealis, I am exploring my Danish heritage with enthusiasm,” he explained. “While 1 Lombard Street keeps me connected to my network from investment banking, I am enjoying this opportunity to bring Scandinavian food and drink to a new audience in London.”

We discussed how delicious and elegant Scandinavian cuisine is whilst being healthy at the same time. He said, “I would like to do to Danish food in London what River Café did to Italian food.” River Café arguably pioneered inventive seasonal Italian cuisine in 1987 and became a blueprint for other Italian restaurants in London.

He spoke passionately about ensuring that the guest experience was Scandinavian throughout Ekte and Borealis. “When talking to my Chefs, we reference our Mothers and Grandmothers all the time and compare notes on how they made meatballs and other classic dishes we grew up with.” Søren also told me about exciting plans to offer a traditional Nordic Sunday roast at Ekte, carved at the table. 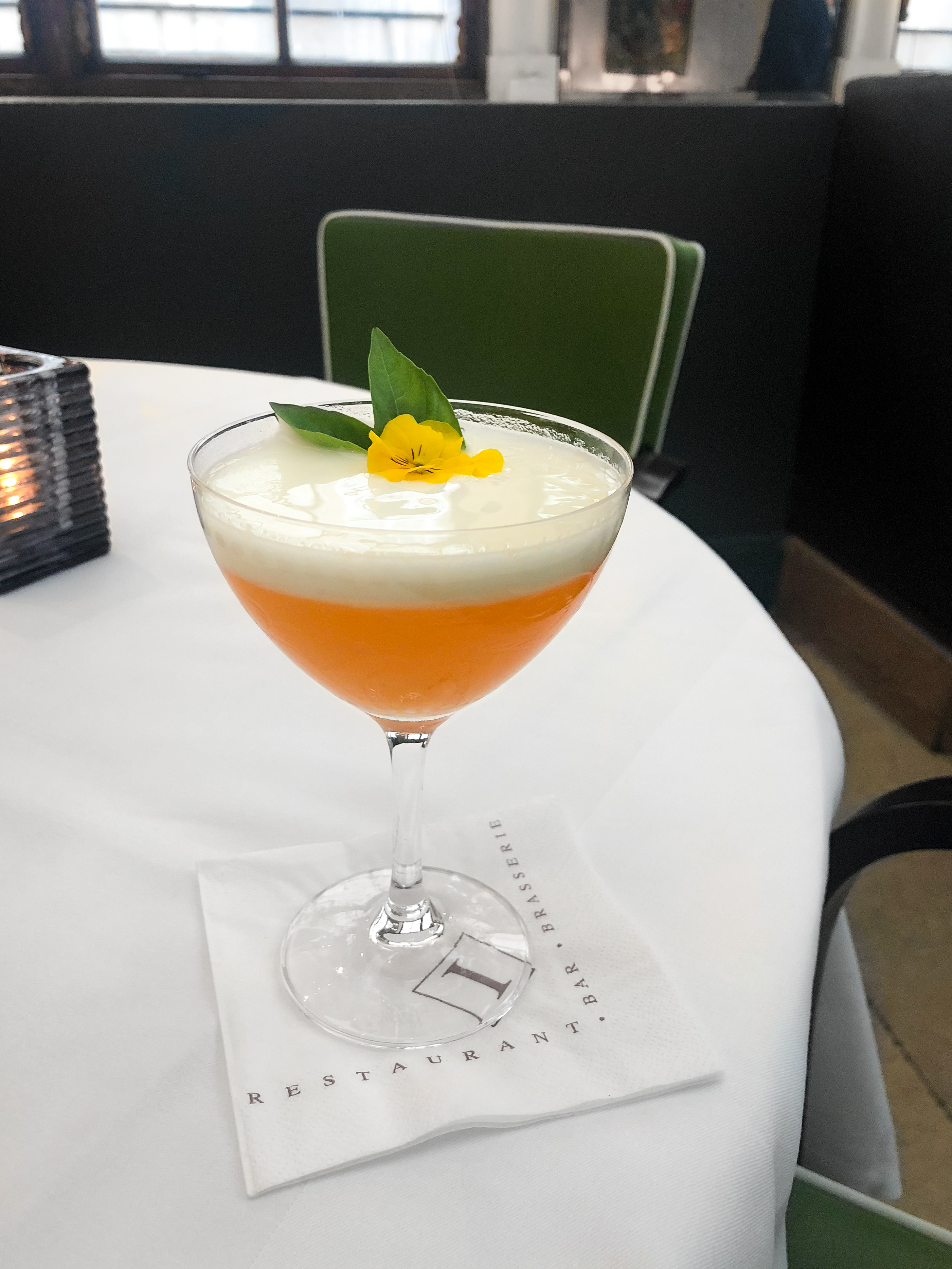 I asked if he had plans to open any more restaurants next year. He said, “It would be great to have a couple of Ekte Nordic Kitchens across London. If an opportunity comes up I will definitely do something next year. I also want to open a Nordic House soon – a permanent home where we can celebrate Scandinavian culture, film, architecture art and food. Everything in the house would also be for sale.”

“The difficult we do right away, the impossible may take a little longer.” This mantra along with Søren’s drive and passion has elevated 1 Lombard Street to where it is now, whilst many other city restaurants have failed. This dedicated family man has also made London his home and his approach to hospitality is something we can all learn from.